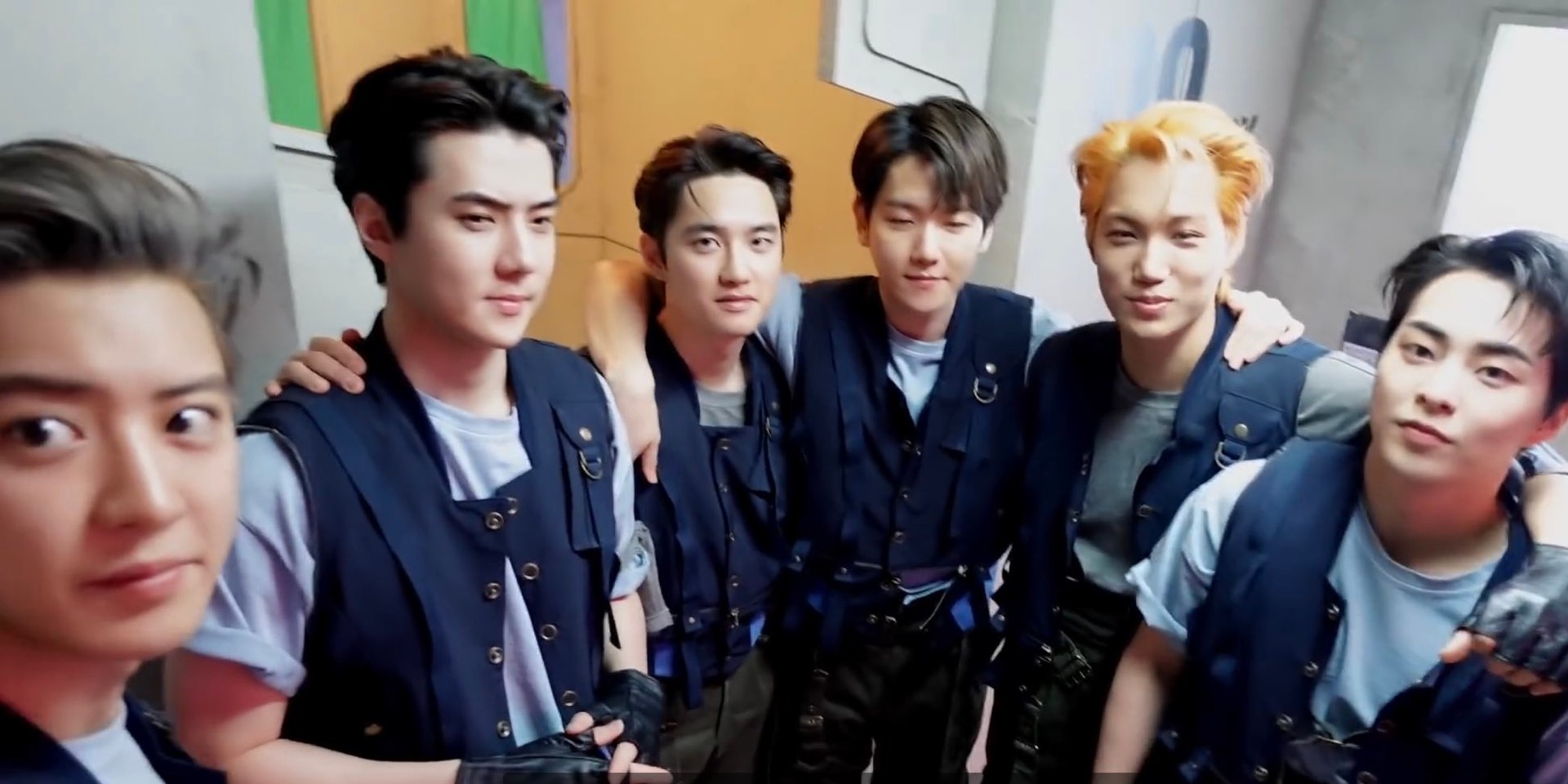 EXO surprised fans with a gift of their own on the day of their 9th anniversary.

Celebrating 9 years since their debut as a group, EXO shared a birthday post, followed by a "spoiler" entitled "L-1485".

The video clip features 6 out of 9 members on the "set of a music video" with the group asking EXO-Ls (fans of EXO) to look forward to what they've prepared for their fans – including a new album.

The upcoming album is the follow-up to the group's 2019 release, Obsession.