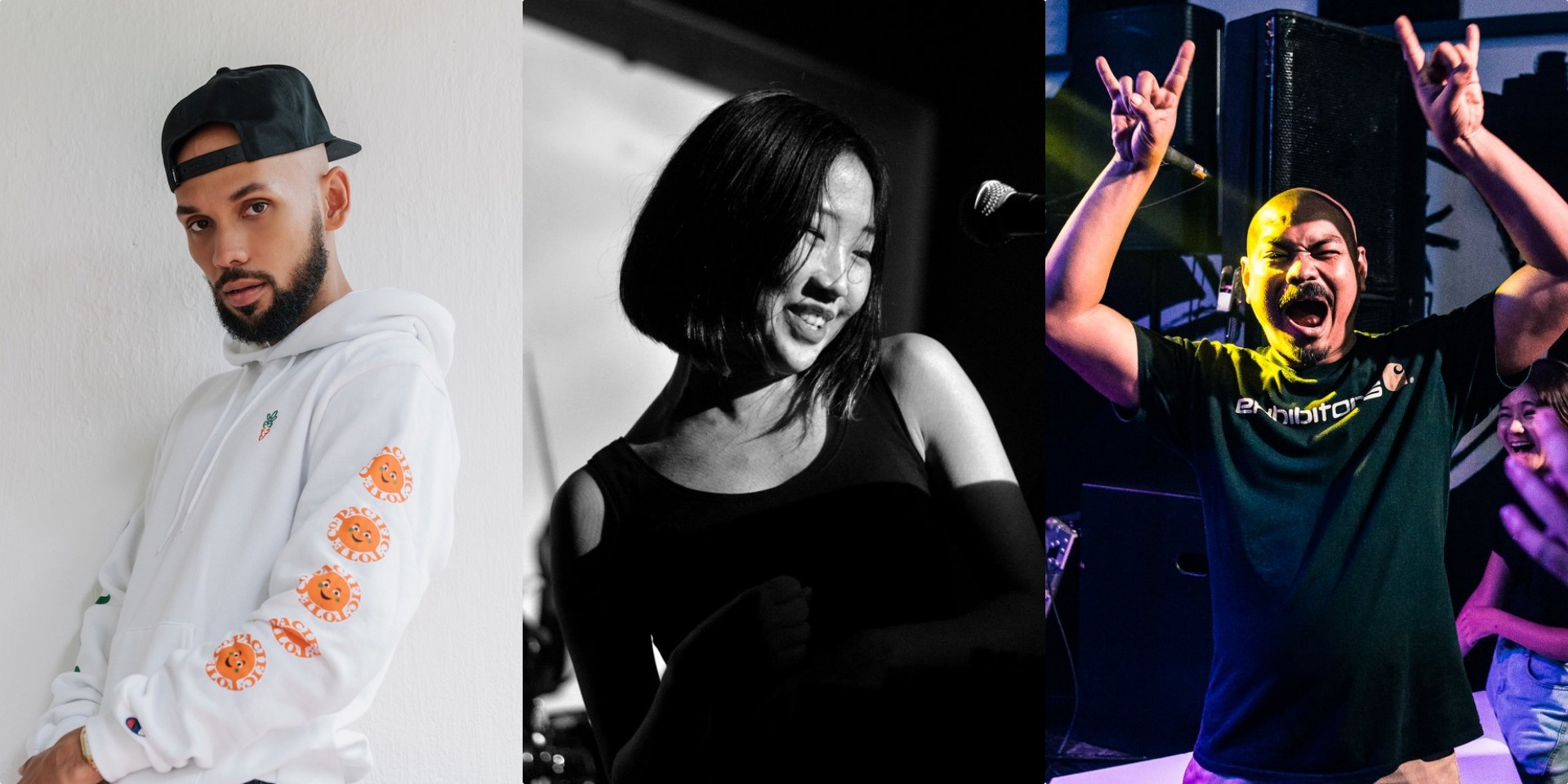 When already-established artists put themselves in the shoes of aspiring musicians, art, as a whole, can flourish. A metaphorical torch is passed down from one generation of Singaporean musicians to the next, continuing the cycle of nurturing the talent pool of the Lion City.

In light of the upcoming Singapore leg of the Vans Musicians Wanted finalist showdown, judges THELIONCITYBOY, Amin [Decline/Generation 69], and Weish [.gif] offer up some words of wisdom and share with us how they would approach the competition if they were taking part.

Assuming you are participating in the competition, what's the first thing you would do upon seeing the announcement for Vans Musicians Wanted?

THELIONCITYBOY: If I was a brand new artist and I didn't have that many songs, I guess I would take a song that best represents me. I'll probably do it in a way that would stand out, for sure, and not just make a cover of a song out of the millions out there.

Amin: As you know, I took part in the first Vans Musicians Wanted in Singapore. I didn't know it was an actual competition, you see. But now I know! [laughs]

I don't really like competitions when it comes to music. For me, music is music – I don't care about the genres, I just listen to music, and that's about it. So, if I happen to see this competition, I would call my some of my friends and ask if they want to try for it, form a new band just for the competition, who knows? [laughs]

Weish: I would look at everything that I've written and kind of see if I've got anything exciting to add to the lineup and then make my decision from there.

Afterwards, I'll see if what I have is worthy of being a part of it. I don't want to put up a bunch of old stuff I wrote two years ago that I don't feel for anymore. I don't want to force that in, so I think it's very material-dependent. If I got a sound or song that I'm excited about now, then I'm going to record that and put that in.

And how would you present yourself in your bio?

THELIONCITYBOY: If I were to submit a write-up, I'll make it quirky – that's who I am. Not just "My name is so and so, and I come from here", but something that people would catch on with. With the bios, I would go down the route of something that will stand out.

Amin: Basically, for a bio I'll talk about myself, about how I write songs, that kind of thing. Nothing much, just be fun and not too serious – if win, win; if lose, lose.

Weish: That's always been tough. I'll probably just write something short and sweet that shows that I don't take myself too seriously. I've been a bit judge-y about people who try way too hard, or people that hype themselves up to the point where you doubt they have humility. Spontaneity and fun are as important as the real passion that precedes overthinking yourself.

What are you going to submit? Will it be a new song that you build from scratch or will you sharpen what you already have?

THELIONCITYBOY: I think I'll sharpen what I have. I feel like maybe it's the hip-hop in me that makes it feel like it's always about the drive and competition – I want to make sure people remember me. Even now, with THELIONCITYBOY, before I put out anything I'll let other people hear it first. I'll play a demo, and it's so raw, but I'll see whether my friends are bobbing along and things like that.

I think that would be my strategy also – take whatever song I have, even if it's a three-day old original, play it to a couple of people and tell them I'm joining this competition and that it's important that I submit my work on this platform. I'll play it for people first, sharpen it along the way and them submit the best version of that. I would always want to put the best version of me out there.

Amin: I would write a new song. I feel that it would be better to judge from live sessions rather than the polished recordings; something that's raw. People can judge from there, because, in a sense, you can cheat with recordings, you see. You may sound super good in a recording, but playing live is a whole different ball game?

Weish: I think that depends on the timing of when the open call comes. If I've just made a few songs that I am currently excited about, then yes, I'll use them. But if I got a bunch of old material that I still perform very well or that are crowd favourites, but they don't feel fresh anymore, then I'll just do a new thing. 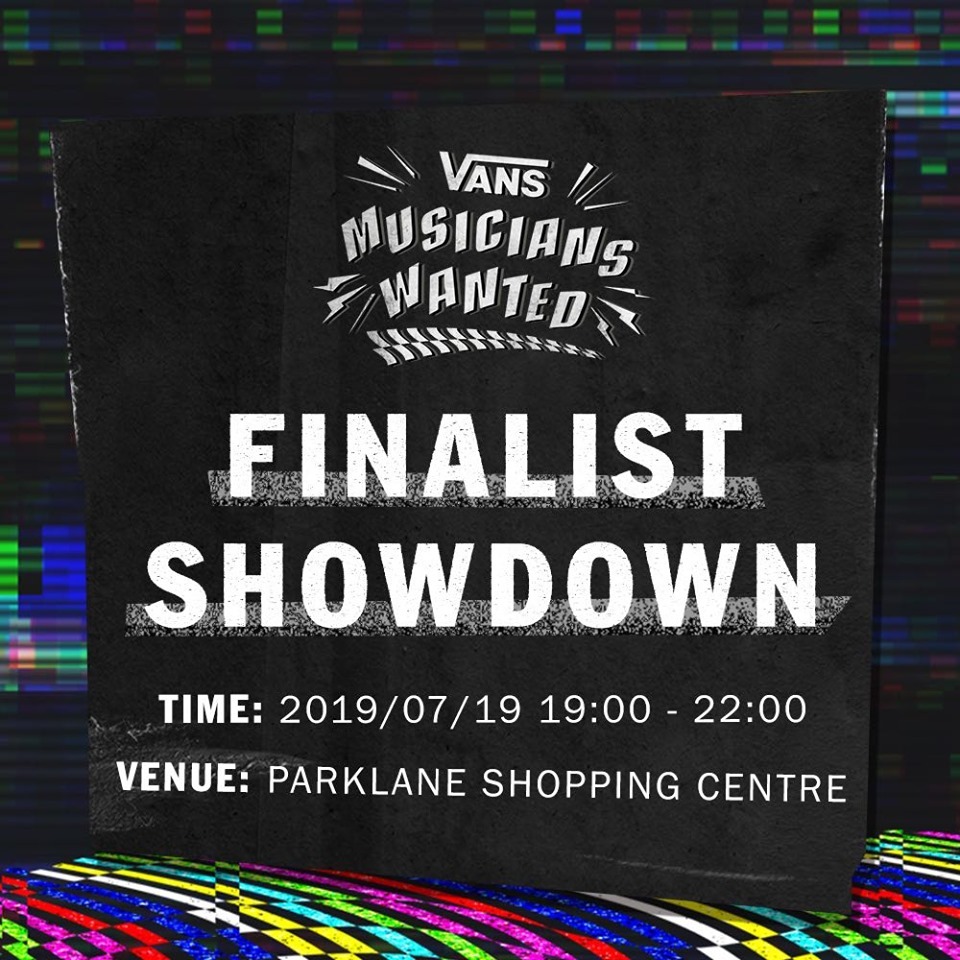 How would you plug the event and get people to vote for you?

THELIONCITYBOY: To me, relationships are so important. I'll hit up everyone and message people telling them that the competition is important to me.

Even now, when I invite people to come for listening parties, it's never a "copy-paste and that's it" thing. It's always a personal message – every IG story, or whatever someone says, I'll always reply. If you're asking me to put myself in the shoes of someone applying for this competition, I'll still be the same person who's always trying to reach out to different people and telling them how important this is to me. I want to make sure that every vote is real, 'cause that's what I want the people to see. When I get on the stage, it'll be all these people that are there with me, and they know I'm there to make an impression.

Amin: What THELIONCITYBOY said is true. When Generation 69 joined, I just posted it on my personal Facebook page as well as the band's Facebook page. I think that's about it, I'm quite simple. [laughs]

Weish: I think I'll just put up a couple of posts. I don't think I'll DM people, because I get anxious if, hypothetically, someone just happens to not enjoy my thing, then they would feel obliged to layan me, and I don't like that feeling. I'll just shout about it, and anybody who wants to respond can respond.

Finally, what's going through your mind right before you take the stage on the day of the competition?

THELIONCITYBOY: When you're on stage, it's all fun. Everything happens before you're on the stage, before they pass you the mic. The rehearsal time you had, the things you were going to say and the song you're going to play should have been practised already. You do all that hard work so that when you're on stage, it's just a real genuine moment that you are sharing with the people who are there. At the end of the day, if this is what you want to do, you should enjoy it, right? So, I guess that's what the Kevin Lester now will tell this fake Kevin Lester that joined this competition – just have fun out there.

Amin: I agree with him, I'll do that too. We will rehearse, definitely. So, there's nothing much to think about, actually. Once you're on stage, it's a different personality. Because you know it's a competition, you will definitely rehearse.

Weish: It's actually panic! It's been six or seven years, but it's like that all the time – it's just panic. It's that moment right before you step on stage and before you take the mic; it's just pure and unadulterated panic. And then you start your first word, and everything is fine. You have to trust that after your first note or chord, it's just going to come out as is – it's going to be cool.