Hello Bandwagon readers, you do not know me. So, let me begin by stating for the record that I am a biased man. My words are laced with prejudice and I am never objective when it comes to things that I am passionate about. Particularly, when it comes to matters about music. But, I'll make this startling confession. You can believe me when I say that I am writing this review objectively as I have never heard any of the following artists prior to their performance.

Now that I got that disclaimer off my chest, allow me to paint a picture of the ‘United Nations’ concert witnessed on the Singapore F1 opening night. Over the course of a stiflingly humid Friday night, I managed to experience three rather diverse musical experiences in the form of British soul singer Laura Mvula, Mauritanian musician Daby Touré and Korean boyband Big Bang.

First off, it was a gentle mellow start to the evening with the enchanting Laura Mvula. Performing at the intimate Esplanade Outdoor Stage, this high priestess of soul was simply spell-binding with the luminous city skylight as her backdrop. Complete with her band of musical minstrels, Mvula started off with a restrained performance behind the keyboards. However, that most certainly didn’t stop her from weaving her powerful vocal spell over the assembled audience. It isn’t too often that you get to hear such a full range of vocals coming from one person. 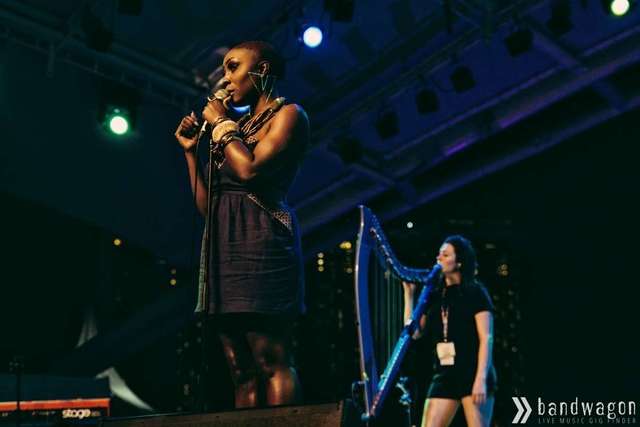 Once she abandoned the sanctuary of her keyboards, Mvula really made her presence felt. Her bellowing pipes beckoned the audience to clap along to her impromptu rendition of Bob Marley’s One Love. Despite a power failure, the united crowd was enthralled enough to sing along under the blanket of darkness to give this reviewer minor goose bumps.

If Mvula sought to provide an intimate down-tempo experience, then Daby Touré served up an exuberant extravaganza on the other end of the musical spectrum. Situated at the Esplanade Park stage, the cheeky raconteur emitted a funky vibe with some energising tunes. His infectious guitar, coupled with wicked drum beats was giving the lively crowd a major case of happy feet. But, it wasn’t just Touré’s music that was talking to the crowd. He had such a great rapport going with the multi-ethnic audience of all ages that you wouldn’t guess that it was his first local performance. With strong calls for an encore, Touré happily obliged with a stirring cover of Bob Marley’s 'Get Up, Stand Up' to the delight of his new found fans. 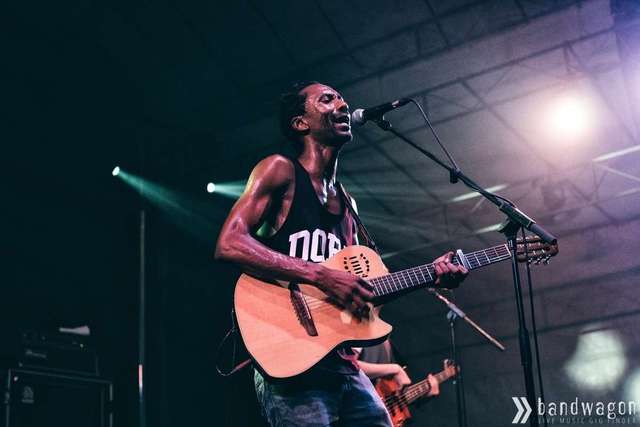 Following that (seeing that it is F1 after all), I was treated to about one and a half hours of wailing by the practicing F1 banshees. At that point, I was actually desperate to hear anything other than the piercing squeal of the V8 engines that I was rather looking forward to Big Bang’s set!

Egged on by the excited shrieks of fanatic fans, headliners Big Bang ascended onto the main stage to a kaleidoscope of coloured lights and lasers. As Big Bang proceeded to wow their fans with their opening song, the Padang was bathed in a sea of yellow neon torches. The group certainly spared no expense in stage production as they bombarded their fans with a visual orgy of pyrotechnics and glittering confetti. It was a visual spectacle unlike any other. ‘Bling’ was definitely a main theme with the group members all decked up in loud jewellery complete with crystal encrusted microphones. Big Bang’s bling power was so blinding that I could have sworn that it was the famed robot dance duo, Daft Punk on stage when they belted out a funky disco guitar number that sounded like a Korean cover of 'Get Lucky'! The danceable beats complete with catchy lyrics (Which I could not make out) certainly captivated the infatuated audience who hung on to Big Bang’s every word. 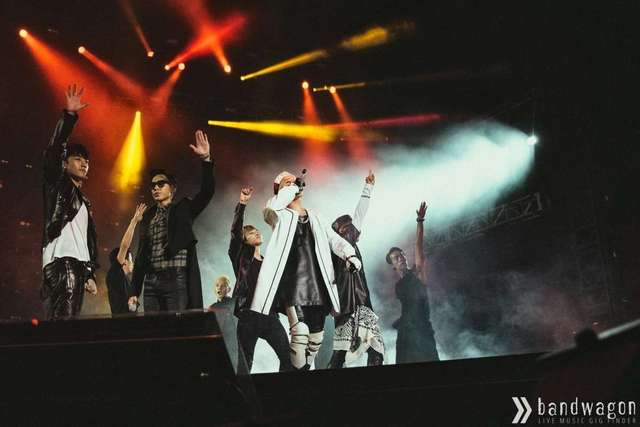 All in all, I was rather impressed by their all-encompassing musical mesh up of pop, rock, dance, hip-hop, R&B and even rap (They did break into a spontaneous rap about their chili crab and Nando lunch!). And, this was on top of their pretty boy looks, boyish charms and silky smooth dance moves. Hence, I wondered why people got all excited about N’SYNC recent MTV VMA performance which pales in comparison to what Big Bang had to offer.

In conclusion, did Big Bang live up to their namesake? Let’s see, 'Big' checked. You can’t get any bigger than playing the main stage on F1 opening night. 'Bang' checked. There was certainly enough pyrotechnics employed to keep me interested. And, I am certain that the rest of the 10,000-strong crowd couldn’t agree more. 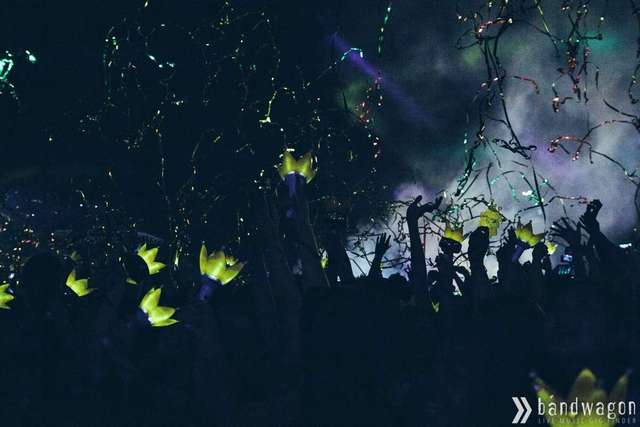 Check Out Our Full Gallery Here