You’d know that the world had descended upon Singapore when you had to stand among 65,000 people to witness the performance of one of today’s hottest pop stars. Besides the racing cars and the formidable Tom Jones that night, the massive crowds were also for the queen of pop, Rihanna. Not that massive crowds have ever bothered Rihanna. Headlining the third night of the 2013 Formula 1 Singapore Grand Prix concerts, the R&B singer succeeded in giving a high-octane performance at the Padang stage.

Playing various tunes out of her last five studio albums, she kicked off the set with 'Phresh Out The Runway', the synth-heavy first track out of her 2012 album, Unapologetic. Supported by her back-up band, singers and dancers, the 25-year-old would interweave her dance anthems, such as 'Jump', 'Rude Boy' and 'Talk That Talk', with heartfelt, vulnerable renditions of her ballads, 'Hate That I Love You' and 'Take a Bow'. 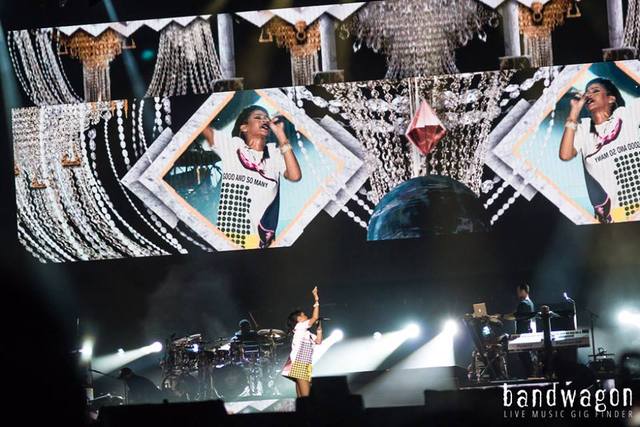 Unfortunately, Rihanna’s vocals was not always at its best during the concert. While this can be easily concealed during energetic crowd pleasers such as 'Only Girl (In The World)' and 'Don’t Stop the Music', it became more problematic during slower-paced tunes. Thankfully, for more popular songs such as 'Umbrella', the crowd’s sing-along was so loud that she didn’t even have to sing their chorus.

What was not disappointing though, was her playful dance moves, which never failed to bring up the ante and were always spot-on. Occasionally, she would lift up her oversized dress while gyrating her way through the stage, playing underwear peek-a-boo with the audience. She also hit all the right dance moves. Hip-swaying, check. Crotch-tapping, check. Twerking (with tongue sticking out), check. Miley Cyrus should be ashamed. 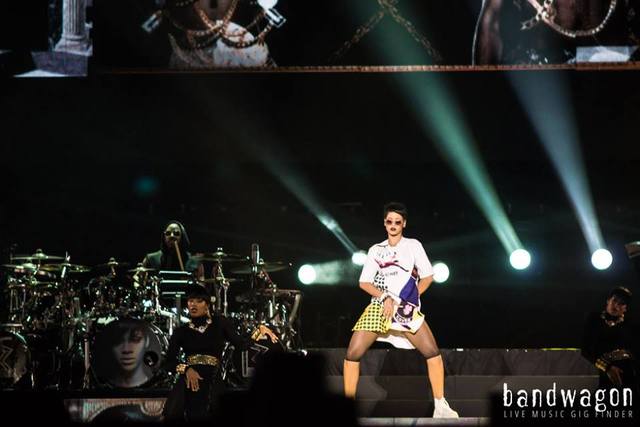 Her dance moves were not the only signs of her edginess. First, there was her infamous potty mouth. Her first greeting to the crowd went, “Singapore! What s**t are you at?” Then, there was her quirky fashion sense. Sporting a daring mullet and a baggy, pop art-inspired printed dress by Raf Simons, the Bajan beauty projected a high-spirited, rebellious attitude.

After belting out 30 songs across the night, Rihanna made her final return to the stage for an encore. She kept it minimalistic with power ballads, 'Stay' and 'Diamond'. It was evident that the crowd’s overwhelming enthusiasm had touched the songstress’ heart. Proclaiming her love for Singapore in the way only Rihanna can, she exclaimed, “Singapore! You’re the s**t! I can’t wait to be back!” 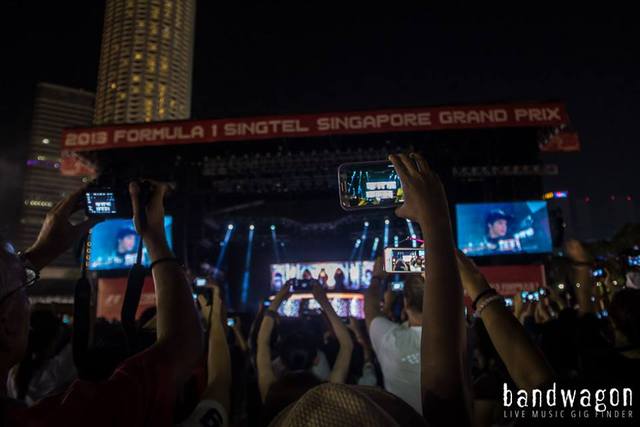