Fall Out Boy are coming back to town and they're looking to "Save Rock 'n Roll" - well if what their album title proclaims is true anyway. A bold, maybe even cocky claim but hey, when you debut on the No. 1 spot on the Billboard 200 on your comeback, I think you should be allowed to strut a little. 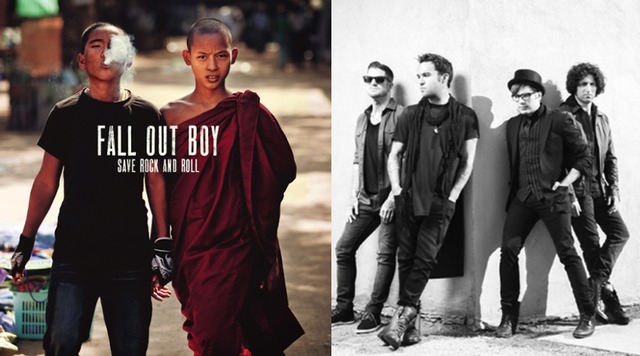 Having been on a hiatus since 2009 to allow the band to explore their differing musical directions, it's been an interesting 4-years of lukewarm success. Singer Patrick Stump released his highly anticipated yet relatively disappointing solo debut "Soul Punk", while Pete Wentz's electro project Black Cards created alot of early buzz before fizzling out entirely. Andy Hurley and Joe Trohman formed a metal supergroup in The Damned Things, which released a satisfying album that offered little lasting value.

If anything, it's proven that the band indeed are best when they are together than apart, and it's proven in their anthemic rock album. To say they've deviated from their pop punk roots would be an understatement, but it isn't necessarily a bad thing. In fact, their new sound is refreshing and proves that they have more than what it takes to stay relevant. Saviours of Rock 'n Roll? We'll see, come Aug 6. For now, we'll make do with a playlist.

We're giving away a pair of passes to the show! Check it out.