It's that time of the year again for the biggest assembly of all things geeky: the San Diego Comic-Con International! Held yearly at the San Diego Convention Centre, it's the ultimate celebration of pop culture, showcasing not only comic books, but also toys, video games, movies, books, TV shows and probably a helluva lot more. Not to mention the gratuitous amount of stunning ladies in costumed outfits. I mean guys suit up too, but really it's all about the ladies in cosplay.

Attendees of this years con will be geeking out - as usual - to a devastating tsunami of content, ranging from sneak previews of the upcoming Godzilla reboot to Wayne Coyne's (of The Flaming Lips fame) comic book. If they should be curious enough, they could even pose questions in the various panels held at the convention, with the Sherlock (!!!) panel being one of the best ones so far this year.

No, they're not there to check out the Firefly video game. The heavy metal icons will be performing a private concert for the Comic-Con attendees to promote their 3D concert/feature film 'Metallica: Through The Never'. Which is not weird at all, considering the amount of metal fans who are closet geeks (and the amount of geeks who are closet metalheads).

Many would think it'd be out of place for actual music concerts as fixtures in such niche gatherings. But as a lifelong devotee to pop culture, I beg to differ. Here's a couple of instances where fan conventions embraced live music with scrawny, pale open arms. 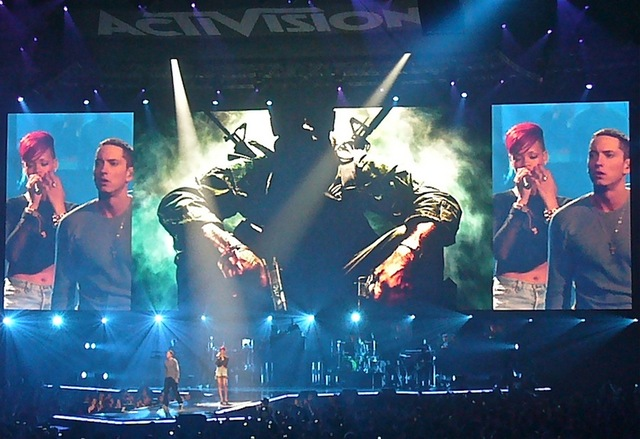 Gaming publisher Activision (responsible for the Tony Hawk, Guitar Hero, Call Of Duty series amongst other things) pulled out all the stops for their showcase in 2010's Electronic Exhibition Expo, spending $6 million for their own concert with the likes of Eminem, Rihanna, Usher and more. Slim was already hired to license his song "Won't Back Down" for Call Of Duty: Black Ops, and what better way to launch the game with a bang? In fact, the concert marked the first time he and Rihanna performed "Love The Way You Lie" live, and with Blink 182's Travis Barker on drums even. If people thought gamers didn't know how to party... let's just say that night was a resounding 'hell naw'. 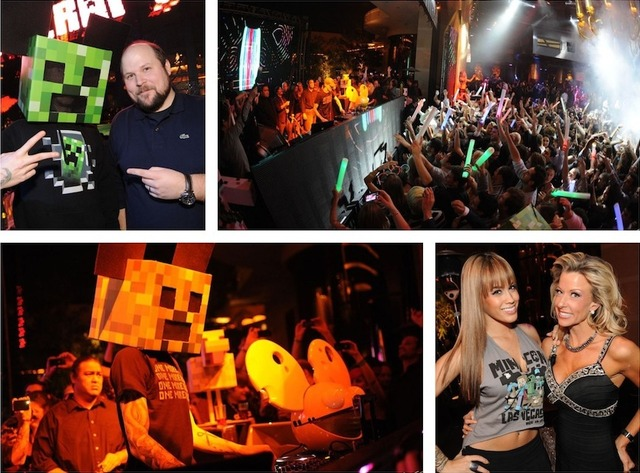 Not many know that Canadian progressive-house heavyweight Deadmau5 is actually a pretty huge geek. Don't believe me? Here's a video of him carrying out some major griefing on other Minecraft players. Minecraft, as you all must know, is one of the biggest indie games ever, selling over 20 million copies worldwide. Quite an achievement - considering the blocky, low-res graphics. But gamers (me including) just can't stop playing it, exploring the world, gathering resources, surviving monster attacks and building whatever the heck you wanted. It became huge enough to have it's own convention in 2011 in Las Vegas, with Deadmau5 himself wanting to perform live in the afterparty. He even did a sick remix of the game's soundtrack. Respect. But I bet less than half of the models partying at his show have even heard of Minecraft really. 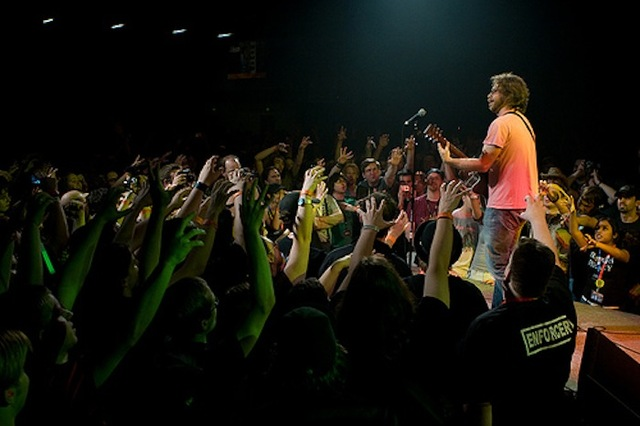 Starting out as a webcomic to charity organisation to one of the largest yearly gaming conventions in the world, PAX has been 'hailed as celebration of gamer culture'. Unlike other conventions, PAX takes on a more festival-esque vibe to the event, having different stages including panels on game topics, gaming exhibition booths, tabletop game tournaments (think Dungeons & Dragons, roll dice for initiative) and more. Amongst the bevy of activities is live music, consisting of a line-up of bands inspired by gaming culture. Meaning music created for, and inspired by video games. Acts such as Anamanaguchi (chiptune indie rock), MC Frontalot (nerdcore) and VGO (Video Game Orchestra) have been prominently featured time after time, because live music has always been a core of PAX since its beginnings.