Anberlin have been in Singapore a whopping four times, and have been around in our hearts and minds for an even longer 12 years. In a final victory lap before the band call it quits, they've embarked in a massive world tour, warranting sold out venues, lots of tears, singalong hysteria and leaving to rest countless of memories. The sold-out show at TAB summoned back some old souls – ones that were present for the previous shows the band had in Singapore and were back nonetheless to see Anberlin go out with a bang.

The band’s love for Singapore is obvious and looking at all the familiar faces all round; old friends and new ones, they filled out the venue all the way to the minibar over in the corner, it seems that this was not an unrequited love affair. 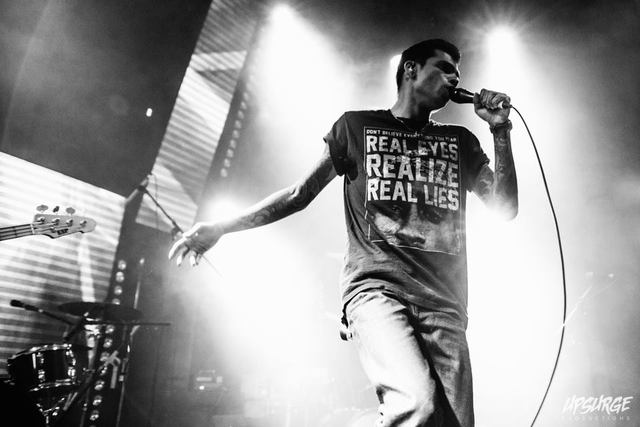 For starters, we had Caracal – homegrown heroes best described as the offspring of Thrice and Russian Circles with extra spice thrown in. They've consistently put on solid shows this year, from 100 Bands Festival to IGNITE! and as show openers for Anberlin nonetheless, they took their job pretty seriously.

And then for the last time, Anberlin took the stage. Like an unwinding cable car of emotions, Anberlin took the fans for a drive-through of the highlights of their career. Song after song on the setlist that night was solid proof on how emotionally potent and hard-hitting Anberlin can be. The best of Anberlin was all for show, from "Paperthin Hymn" that unleashed some moshpit madness to a poignant and powerful, semi-acoustic arrangement of "Naive Orleans" with just one guitar and the hi-hat of the drums gently keeping rhythm.

It’s great that Anberlin are still proud of their earlier songs. Watching them play through a compendium of old hits from Cities and Never Take Friendship Personal was an overwhelming experience for many of us. It brought back old teenage feelings and psyches repressed and hidden, packed away in the shadows of our subconscious mind; or relatably, a fading memory. Nostalgia is a bittersweet feeling, but in those moments it came in truckloads. 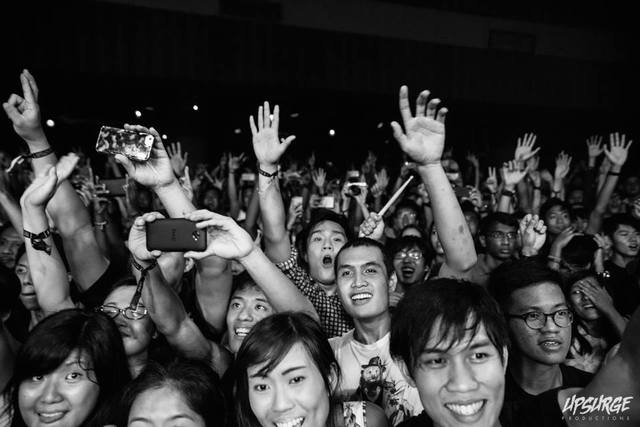 Maybe it was the realisation that we’ll never see Anberlin again but that same timeless euphoria that permeated last year’s show was still alive and present, existing in this special vacuum very few bands can conjure. Many of these songs sounded very different live – a lot heavier, a lot dirtier but it made for an even more electrifying experience. We never expected the bassline in the chorus of “Other Side” to be as haunting as it was when we heard it, or the delay-soaked guitar riff at the beginning of "The Unwinding Cable Car".

Of course there had had to be an encore: "(*fin)", the final song off Cities, and quite an apt one to end the night and the period these five musicians would collectively be known as Anberlin. As the sound of the choir echoed through the room, the audience raised crossed fingers to the sky; a gesture that reaffirmed the spirit of Anberlin living deep in the hearts of many. Some were seen with arms around each others’ shoulders, swaying gently to the beat of the song as it faded away. Anberlin bade us one last farewell before silently leaving the stage. 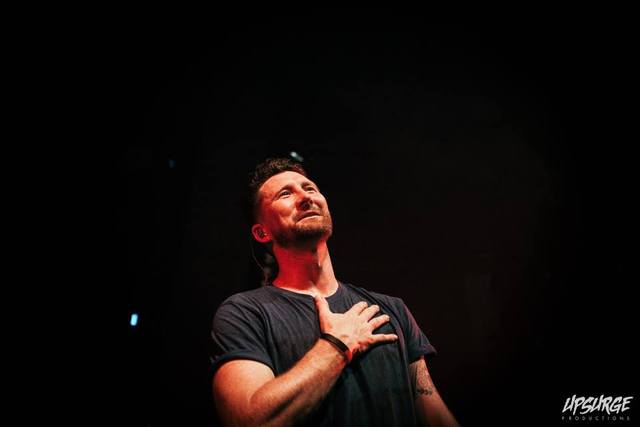 The band were called back, however, for a special surprise by Upsurge. It turned out to be a video compilation of many members of the audience talking about Anberlin’s effect on their lives. It even featured clips of people covering their songs. It was the band’s turn to get emotional; Stephen Christian had his hand over his mouth the whole time, looking like he was struggling to fight back tears. While the band's farewell gift to us was an unforgettable final set, we were able to give something back. We’d never seen a moment shared by band and fans this special or personal and it'll stick with us as long as their music remains, reunion or no reunion. Anberlin assured us that this hiatus is far from goodbye and this farewell show? It was definitely a feel good drag. 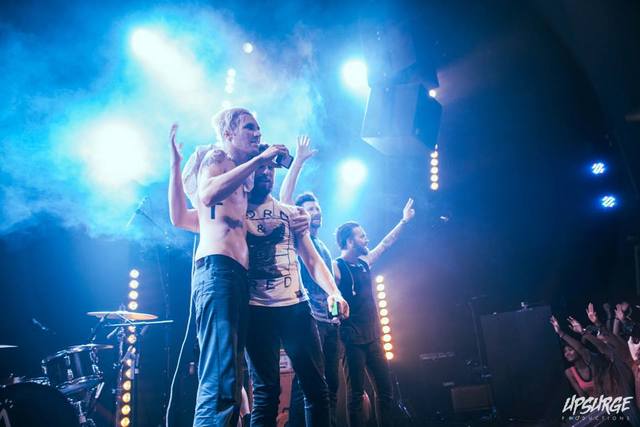