So how do we feel about American Football/Owen, Mineral, Braid reuniting/having reunion shows? Very, very happy – that we even got tickets to see American Football right in Midwest Illinois in September (sans flight tickets). We've heard the term 'emo revival' floating around quite a lot but to be honest, we've always found ourselves listening to records like At Home With Owen and Two Conversations periodically in our lifetimes.

From it's name, emo music is exactly what it is. Emotional. Emotive. Usually dealing with (but not limited to) turbulent things like rejection, yearning, heartbreak, and nostalgia. But before you go on about guyliners, teenage angst and wrist-slitting, we're just gonna straight-up tell you that emo is none of that. More than its alleged stereotypes, think of emo music as rock that is more melodic and introspective than hardcore, but still tapping from that same primal energy and anger - like a sadder, confessionally-driven indie rock laced with punk rock aesthetics. Think less My Chemical Romance or Fall Out Boy and more Jawbreaker or The Get Up Kids or Pinkerton era Weezer.

We've touched on Post-Hardcore with considerable depth, and somewhere in the timeline, emo branched out. It's overwhelmingly trying to pin down origins and deviations along the way, and there's a spectrum within the subgenre itself, and to make for easy and leisure reading, we'll try to keep things compact.

The short-lived but incredibly influential Rites of Spring are considered to be the first emo band there is, but they easily fall into the 80s hardcore movement centred in Washington DC. Regardless, Rites brought an deeper intimacy and emotional vulnerability to punk music that didn't quite exist before - and this was the template that countless bands built upon. 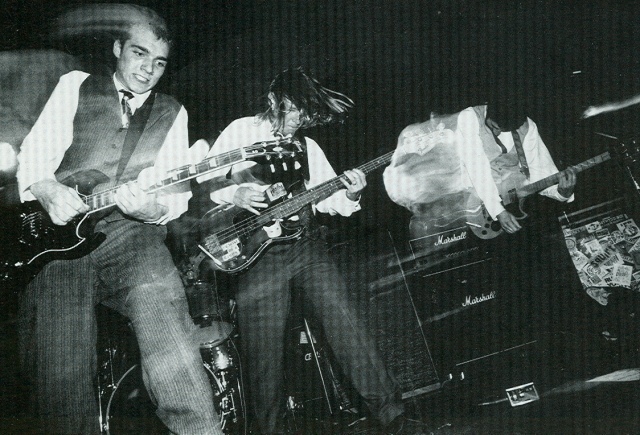 As the years went by and the 90s came along, plenty happened between the genre's birth and it's peak. The golden age of emo in the mid-to-late 90s saw bands like Sunny Day Real Estate, Texas Is The Reason, Jawbreaker at the helm of it all. Amongst other names of course, but somehow the combination of these bands - with their small but loyal following - laid down an effective blueprint that fell in the category of emo music for the next decade. Midwest America became the notable spawn point for the genre as a birthplace of classic emo icons American Football, Braid, Mineral, The Appleseed Cast, Cursive and more.

And then two decades later, the likes of Dashboard Confessional and Jimmy Eat World brought emo to the mainstream. They represented an era when major labels signed bands to money-making deals in hopes that they'd score crossover commercial success like what grunge did in the early 90s and nu-metal in the early 2000s. Image is key, songs and music are more exaggerated, there is a brand they are selling with emo.

As soon as the word 'emo' became a marketable term, all hell broke loose. Bands such as Panic! At The Disco, Taking Back Sunday, Paramore suddenly found themselves at the centre of every teenage attention, with My Chemical Romance and Fall Out Boy enjoying an almost cult-like popularity. Record label Fueled By Ramen became known as the focal point of the whole emo-pop movement. It became an image thing as well - straight, jet black hair, tight black-colored outfits, skinny jeans, mascara (both guys and girls) and a sulky face. The term 'emo' itself became a derogatory term, like "cheer up emo kid", or "hey emo faggot, did your mom put on that eyeliner for you", or "no emo kid, I will not be playing my mixtape at your grandmother's funeral". At the tail end of the 2000s, emo no longer held any significance - indie rock had took over the airwaves by then.

In 2013, the man behind acts like Cap'n Jazz, Owls, Joan of Arc, American Football, etc. etc, Mike Kinsella released his new album L'Ami du Peuple which prompted a lot of wishful thinking about the reunion of American Football. Well, well, look at us now. Really, emo music never did go away. New bands have come and gone, old bands have reunited (and then break up again, and some, have just stuck around. We're seeing bands like The Promise Ring, American Football, Mineral and Braid coming out from inactivity recently. 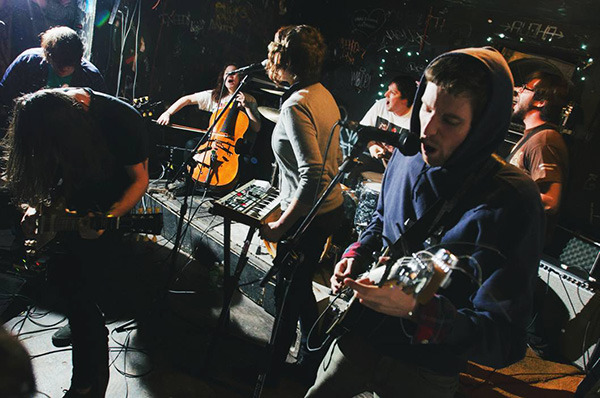 Like we mentioned before, emo (as in proper emo) never really went away. Acts such as Into It. Over It., A Great Big Pile Of Leaves, Crash Of Rhinos and Snowing have been making music for years already, and it feels more like we're just waking up to the existence of these bands. Boston label Topshelf Records formed way back in 2005, but have now become recognized as the nucleus of this whole operation, putting out some of the best emo albums we've heard the past few years including TWIABPAIANATD's Whenever, If Ever and PRAWN's You Can leave It All to mention a few.

This September in the Midwest means a whole lot for us, immersing ourselves where it all began, catching Deafheaven again at Pygmalion Festival, fraternising again with teenage feelings, see Mike Kinsella in the flesh, but for the moment: emo kids let us all unite to enjoy this playlist. (Also, if you could help us out on those pesky flight tickets to 'Murica...)