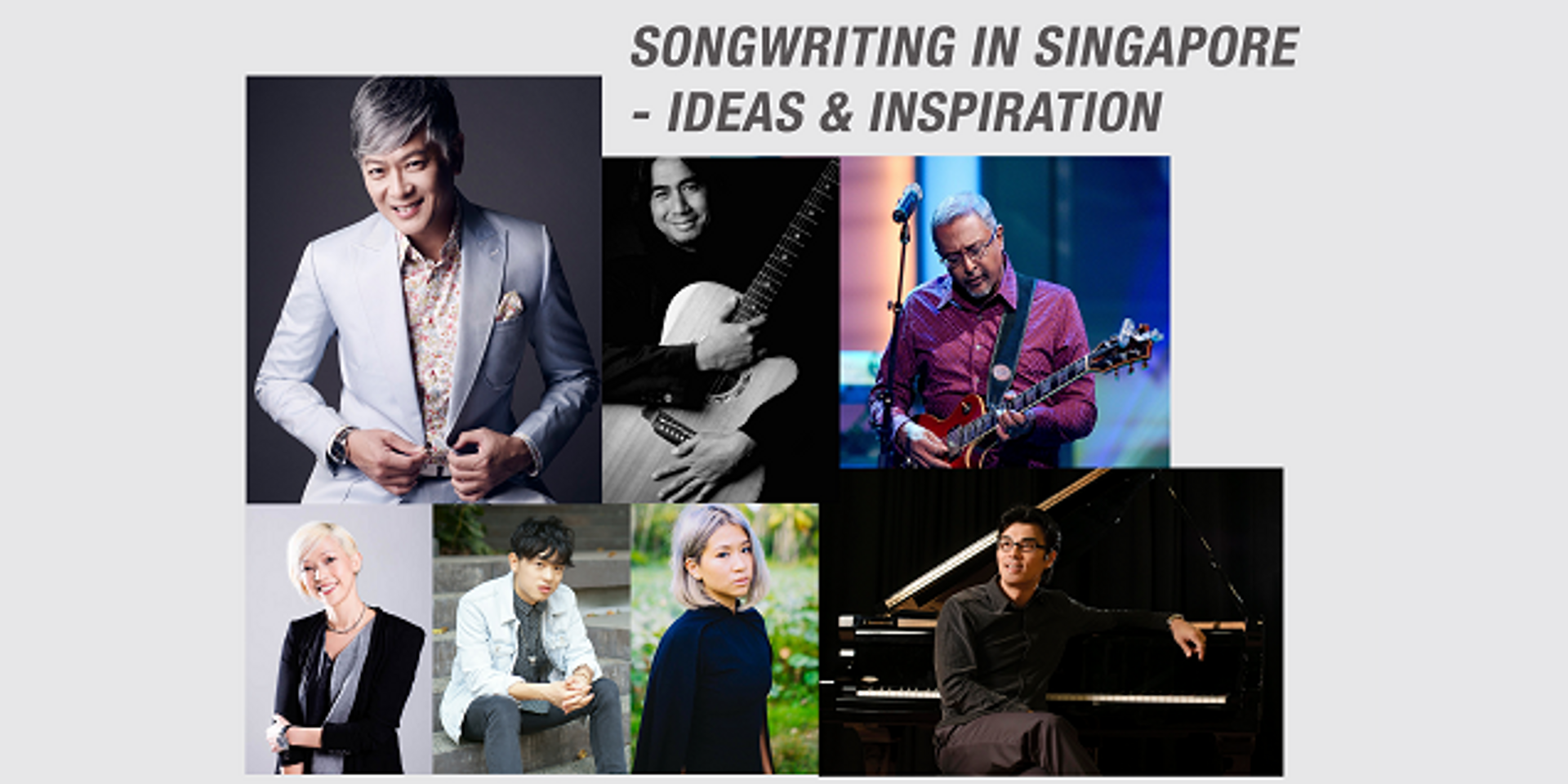 What is the "Singapore sound"? This was a thought, among others, that was raised by the panelists on the Musicians Guild of Singapore’s inaugural songwriting forum – ‘Songwriting in Singapore – Ideas & Inspiration’ on 11th January.

The forum, the very first of its kind here, saw a gathering of outstanding Singaporean musical talents who shared their tips and thoughts about their own songwriting journeys. These ‘Super 7’ (as coined by jazz singer and host Rani Singam) were Dick Lee, Art Fazil, Mohamed Raffee, Jimmy Ye, Ruth Ling, Dru Chen and Inch Chua.

Here are five takeaways we got from the forum sharing and discussion. 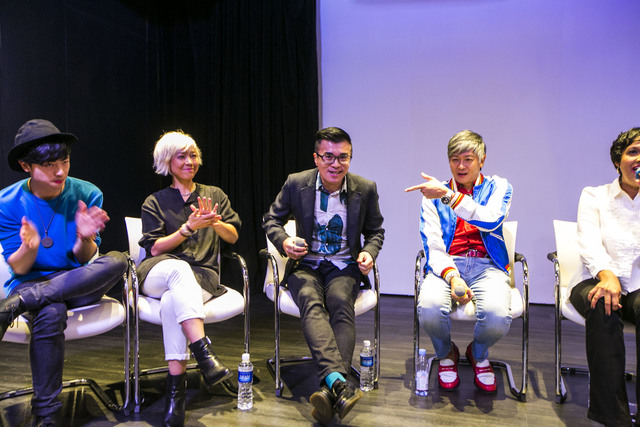 1. Listen to as much music as you can

Producer, composer, arranger, musician and singer Mohamed Raffee's upbringing is a classic example of musical diversity: the songs of P. Ramlee (thanks to his mother, a super fan), Indian, Chinese, English and Latin music.

“All this fusion was going on in me,” he said, adding that Singaporeans ‘are fortunate to be able to listen to so many different kinds of music’. It was the ‘fusion’ in him that helped fuel much of the originality exemplified in his music, particularly with the Vasantham Boyz, the band he fronts with his brothers and friend.

Singer Jimmy Ye echoed Raffee’s sentiments. “You have to listen to a lot of music as a songwriter – listen, assimilate, and eventually have it come out in a different form, through your music.” 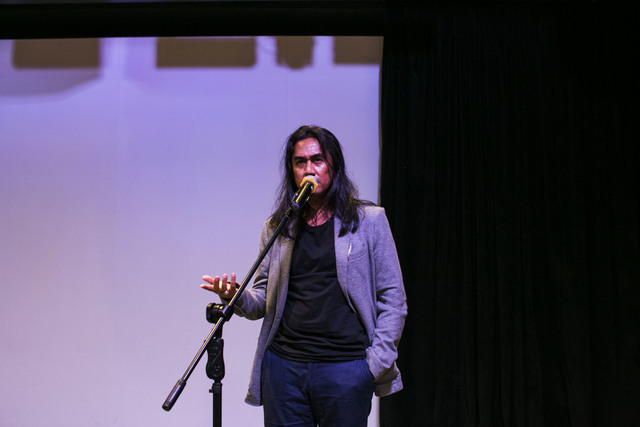 2. Songwriting by inspiration, design or collaboration?

Bilingual musician and singer-songwriter Art Fazil cited two approaches he had to songwriting: inspiration, and by design. Much of Art’s early work was based on inspiration and written in the spur of the moment – or as he put it, "just kind of appeared."  These are the songs he calls ‘gifts’.

On the other hand, his song ‘Rilek Brader’, which went viral on YouTube with over 1.1 million views to date, was a song that was written ‘by design’. It follows a simple 3-chord structure that is catchy and easy to play.

“When in doubt about writing a song,” Art quipped, “Just refer to The Beatles.”

Moving into technicalities, Dru Chen had three tips to share about writing a good song: experiment with the groove (the heartbeat of music), the ‘pocket’ (where instruments sit in relation to the groove), and nail the ‘hook’ (the anchor of the song).

For Ruth Ling, founder of independent record label Red Roof Records, much of the joy of songwriting stems from collaboration. This also comes with much ‘communication, grace and patience’, particularly when people from different cultures work together. 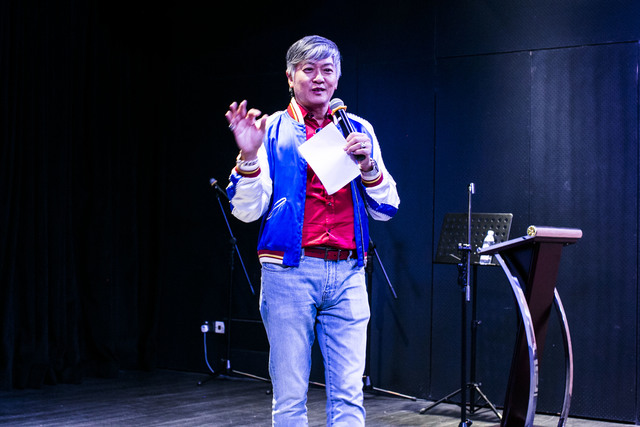 There was an interesting juxtaposition between the ‘titans’ (as termed by Ling) and the younger musicians on the topic of identity.

Dick Lee shared that his 1984 album, ‘Life in the Lion City’, was about ‘living in Singapore and what it meant’, and also about ‘exploring [his] own identity as a Chinese [person], and as a Singaporean’.  “I spent many years finding myself so I can write confidently,” the accomplished singer added.

For the younger musicians, the topic of identity was narrowed to the self as opposed to nationality or ethnicity. In Inch Chua’s case, having spent four months on Pulau Ubin to write her latest offering, Letters To Ubin, being in solitude ‘confronts you with who you are’.

“Knowing yourself – that’s the hardest part,” replied the singer-songwriter when asked about reinventing herself as a songwriter, “We think about what we want to be instead of who we are.” 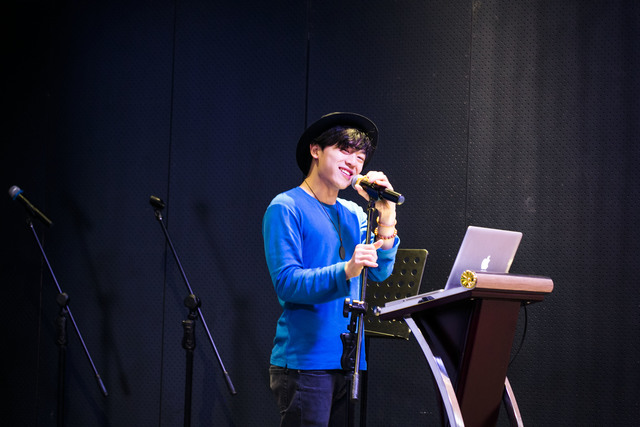 Some of the panelists couldn’t emphasize this enough: that one has to ‘learn how to make money out of music’.

Chen, who introduced himself as ‘an artist, a singer-songwriter, vocal and piano instructor and a commissioned composer’, talked about how there’s ‘art for finance’s sake and art for art’s sake’.

“The reality is that one has to make a living,” emphasized Raffee, “So, make music for yourself and make music for the masses. Hopefully, there will be a balance.” 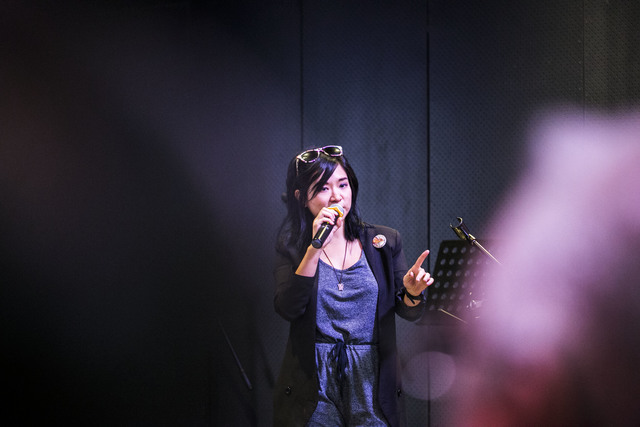 “There is no shame in writing for the masses,” Chua said unabashedly, “Especially if it touches the heart,” adding that it’s possible to make music accessible, yet not ‘compromising the artistry of the album’.

“Most importantly,” continued Chua, “Write work that is relevant and compelling, and fully immerse yourself in the subject. It has to mean something to you.”

So, what IS the ‘Singapore Sound’?

The panelists had varying takes on what comprises the ‘Singapore Sound’.

To Ling, the executive producer and creative director of SG50 project Sing, Love, the ‘Singapore Sound’ is simply, music made by Singaporeans: ‘performed by Singaporean musicians, written by Singaporean writers, and produced in Singapore’.

Ye pointed out that one thing that lacks in the ‘Singapore Sound’ is a ‘unified language’, citing monolingual countries such as Thailand, Japan and Korea.

This does not faze Raffee, however. “We need to find our unity in diversity. Somewhere along the line, we’ll get that flavor,” adding this sound will come ‘the day we realize we are Singaporeans’.

Lee, who gave a comprehensive history of pop music in Singapore in his panel speech, noted that many of Singapore’s national (or ‘folk’) songs were either written by foreigners (did you know that Singapura Sunny Island was originally composed by a Dutch man called Van Moring?), or brought in from other cultures (Di Tanjong Katong originated in Indonesia, for example).

On the other hand, ‘Home’, a beloved national song penned by Lee for the 1998 National Day Parade, is still sung today, 18 years later.  “Folk songs are just that,” mused Lee, “Songs that folks from generations like to sing.”

“So,” he concluded, “Let’s start writing folk songs for our people.”

“Songwriting is a gift – one for greater service. Hone your songwriting craft and use it in the best way possible.” – Ruth Ling

“Find what it is that turns you on, and dig deep into the roots of that. Know thy purpose – let that be your motivation. Music should be its own reward.” – Dru Chen

“There’s some kind of magic going on with the interconnectedness of things – because someone started doing it.” – Art Fazil, in reference to Dick Lee

“Veteran musicians had to use tapes, knock on doors, join competitions to get their music heard. Now we have the luxury of posting our demo online. We live in that age.” – Inch Chua

“Music is not something you learn in school; it’s something that comes from the heart, within… compose a song today, and you’ll keep on composing forever.” – Mohamed Raffee

The Musicians Guild of Singapore is a professional association whose main aim is to support the community of working musicians in Singapore in terms of their livelihood, career and professional development needs by creating and nurturing a community with shared values, cooperation and personal empowerment.