Standing barely five feet in height, April Hernandez does not cut an imposing silhouette. Along with her pixie haircut and photogenic smile, she looks even more elven behind a bass guitar. Maya’s Anklet’s resident bassist is unavailable and Hernandez is more than happy to help her friends out. Uncharacteristically, she doesn’t smile much while playing, wholly focused on the task at hand, which is different from her indie-folk persona as The SunManager.

Route 196 is packed and abuzz; the audience is here to see a music video each from Maya’s Anklet, Autotelic, and The SunManager. Each act was chosen by Smashed Pumpkin Project’s Ren Aguila for a short film Where the Light Settles which marries film, ballet, and indie music; their respective songs contribute to a larger narrative that will see the light of day on Sept 20. The short film is a collaboration between Ballet Philippines (BP), Alter the Native Films, Sindikato, and the Smashed Pumpkin Projects. Farewell Fairweather, Stomachine, and Jensen and the Flips are the support acts for the video launch night which was made possible with the help of DocDef Productions.

The weather isn’t too fair (farewell indeed), but spirits are undampened. Hernandez, now performing as The Sunmanager, straps on her acoustic guitar which also dwarfs her. The brief set is interrupted with the video for her contribution, 'In Darkness' and much like everybody else in the venue, she hasn’t seen it yet. She sits down in rapt attention.

She rises after the screening with a huge smile, momentarily stunned, happy and surprised to see the delicacy that she put into her song translated into motions both graceful and muscular, and in light and shadow. She proceeds to tune her guitar, and still smiling, tries to explain exactly how she feels, and confesses that music means so much to her and has actually “saved her life.” 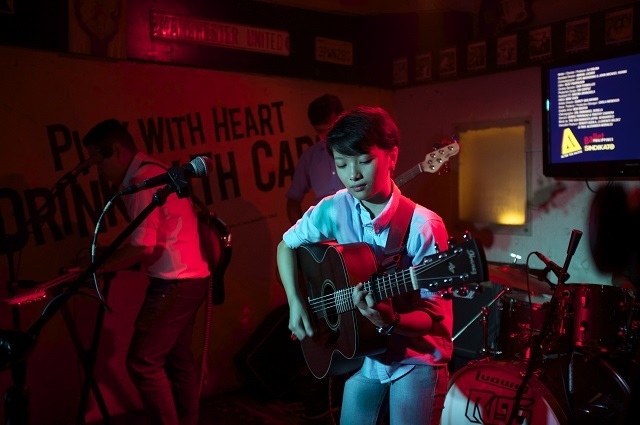 The SunManager aka April Hernandez saving lives with her music

Music and musicians (all artists, really) are often romantic and romanticised; Where The Light Settles promises to tie music, dance, and film into a yet unrevealed larger narrative (each song from the video launch offers its own story on its own of course). Hernandez is flattered and surprised at how her song is interpreted through dance and film. It would probably be safe to assume that ‘In Darkness’’s place, as with ‘Unstable’ and ‘Kung Alam Ko Lang’, in the short film’s overall story will probably further amplify her emotions.

How were the bands and their respective songs chosen?

Ren Aguila (RA): It really started with an image I had of a dance whenever I heard Autotelic’s ‘Unstable’. It’s my favourite track off their 2014 self-titled record, and I felt it had an elegance that lent itself well to contemporary dance. ‘In Darkness’ by The SunManager came next. It was actually meant to be a stand-alone video, but I felt that in a way it could be integrated. As I said during the launch, Maya’s Anklet’s ‘Kung Alam Ko Lang’ was the last song that was chosen. We were trying to find a way to connect these two, and the song, moving as it is, fit the story I had in mind for it.

Was the choreography designed around specific areas of the music (the lyrics or the melody for example) or just the general timbral/tonal/emotional arc of each song?

AJ Orlina (AO): There is a story arc we follow for the whole film. I initially wrote a script for each song but in terms of collaborating with choreographers, it is best to give a narrative arc, theme, and a brief description of each song. There are different choreographers for each song. They studied the song first and discuss what we aim to show in the music videos and how it will connect for the narrative of the story.

Bee Carabeo (BC): Each choreographer had a different approach, but they all considered the songs’ lyrics, emotional tone, and rhythm. 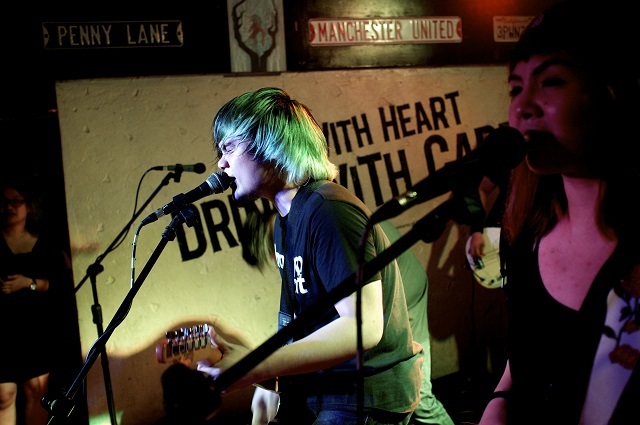 Autotelic's 'Unstable'; the track that kickstarted the idea for Where The Light Settles

Ballet Philippines has worked with rock bands before, but what made this collaboration unique?

AO: The intriguing part in this collaboration is whether one satisfies the other's preference in terms of filmmaking and direction. There's film language to consider and the language of the dancer's motion on the other. At some point, we need to find a middle ground to make each story strong and arrive at one goal. Upon watching the study of each choreographers, I got blown away. The next step is for me as a filmmaker to study where to place the camera, the lighting plot to use that would make a scene effective and the camera movement. I am definitely not alone in this process. We have a young and talented team of filmmakers that were very supportive in this project. I am grateful to be part of it and I definitely learned a lot from this collaboration.

BC: What made it unique was the fact that it was intended for film. The whole process followed the filmmaking, from conceptualization to rehearsals to the shoot, especially. The shoot process was very unusual for the dancers. For example, ‘Unstable’ was shot at a very hot environment, which may have contributed to the film, or at least gave it a different quality.
Also, since these are young bands; this project allowed us to touch base with a new generation of singers and musicians, and the sort of music that they make.

How did the project start, and how did the contributors/production partners arrive at the results?

RA: I think it really started in earnest when I spoke with Jensen Gomez and Denise Parungao (who ended up dancing in the film) at a Docdef gig in late December. Jensen told me that Ballet Philippines (where Denise is now a principal soloist this season) was thinking of doing a video for a song by his band Jensen and the Flips. And since they were dating, it was considered unlucky to do so. I asked them again, after Autotelic played, whether BP might be open to doing ‘Unstable’. They said, “Why not?” So I wrote Paul (Morales, BP’s artistic director) to tell him that we wanted to do the project.
Pre-production took us about three months and it involved discussions about how to clarify the story for the choreographers, the locations, scheduling, and budgeting. I was glad that AJ and I had collaborators who were offering valuable advice and asking the right questions. We shot the film in early June; it was a heady experience but it was also challenging. I think what you saw was the result of multiple rounds of editing and post-production work, but we aren’t done yet! The film will get a few more final touches, including a musical surprise I’m really excited about.

AJ: Ren introduced me to ‘In Darkness’ of The SunManager first, mid-November of last year. He sent me a live version from a YouTube link. Few days pass by, and out of the blue he asked if I had worked on anything dance-related before because he's working on an omnibus music video short. Then, the next thing came as a surprise when he asked if I could come aboard as the writer/director. Of course I said yes to it and only later did I found out that there's also a possible collab with Ballet Philippines. I did not get my hopes up at first, but of course it's hard to deny that I got excited with the thought of making a dance music video with a contemporary take on current indie music. I couldn't believe it at first. It only sank in when I came with Ren to personally pitch the idea to Sir Paul Morales. I believe that the idea of putting together three music videos in one short film is a challenge, and each of the contributors of this film took it as an inspiration to really persevere in making this film happen. We have a lot of people to thank and each one taught us in a lot of ways.

What is the narrative thread that ties the three together?

RA: It’s how two people can fall out of love and find healing in the process of the pain behind it. There’s more to it than that, but I think I’ll keep quiet about that for now. 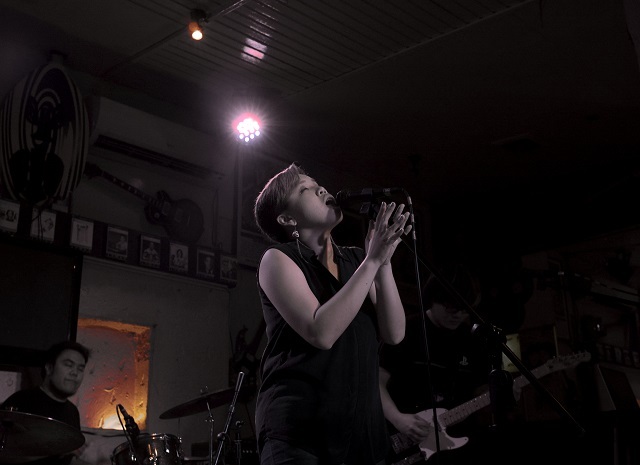 Were there any conceptual precedents that inspired the project?

RA: On one level, I was inspired by what BP did with Rock Supremo and how they were able to bring together contemporary music and dance. I believe there were other videos we viewed in pre-production that helped us, but I think AJ is in a better position to talk about that!
AJ: I was fascinated with body language and how powerful it moves one's emotions, more so intrigued by how it is captured in a video. There was an international ballet dancer that did a raw and expressive dance piece on a soulful song by (Irish singer songwriter) Hozier’s ‘Take Me To Church’ and basically took some from that, but ultimately (I) have to learn how to make this project unique from others.

Are there plans to present this in different venues?

RA: The full film will be premiered at the CCP this September 20 as part of Hugot sa Rosas, before a dance program set to songs by Vince de Jesus. We’re planning to show this in a couple of other venues, which we haven’t finalized yet. We are also thinking of entering the full film in festivals here and overseas and showing at least one of the videos on local music video channels.

The three songs/videos/dances are “a glimpse at a story.” When will the whole story be done?

RA: Good question! Yes, the full story will be revealed on September 20. What the videos do not contain are those scenes that establish the story I mentioned [in number 6]. The other hint I can give is that what triggers the falling-out is something which I hope people would be more aware.