KoFlow has become a household name for anyone who is even remotely familiar with street culture in Singapore.

But even if you're not a b-boy, skateboard or hip-hop enthusiast, even the average clubber should recognize him through his weekly residencies in Phuture, as well as his monthly renditions of Solid Gold on the Zouk main floor, both with DJ LeNerd.

Always casually dressed – an oversized shirt, joggers, kicks, with his signature cap that casts a shadow on his face – the self-proclaimed ‘turntable instrumentalist’ is an intensely private man who prefers to keep his face in the shadows so he can walk down Orchard Road without being stopped.

These shadows were accentuated under the harsh house lights of the Esplanade Concert Hall. It was perhaps fitting that I interviewed him there, being the venue for his upcoming solo concert, FLOW, on 30th June. 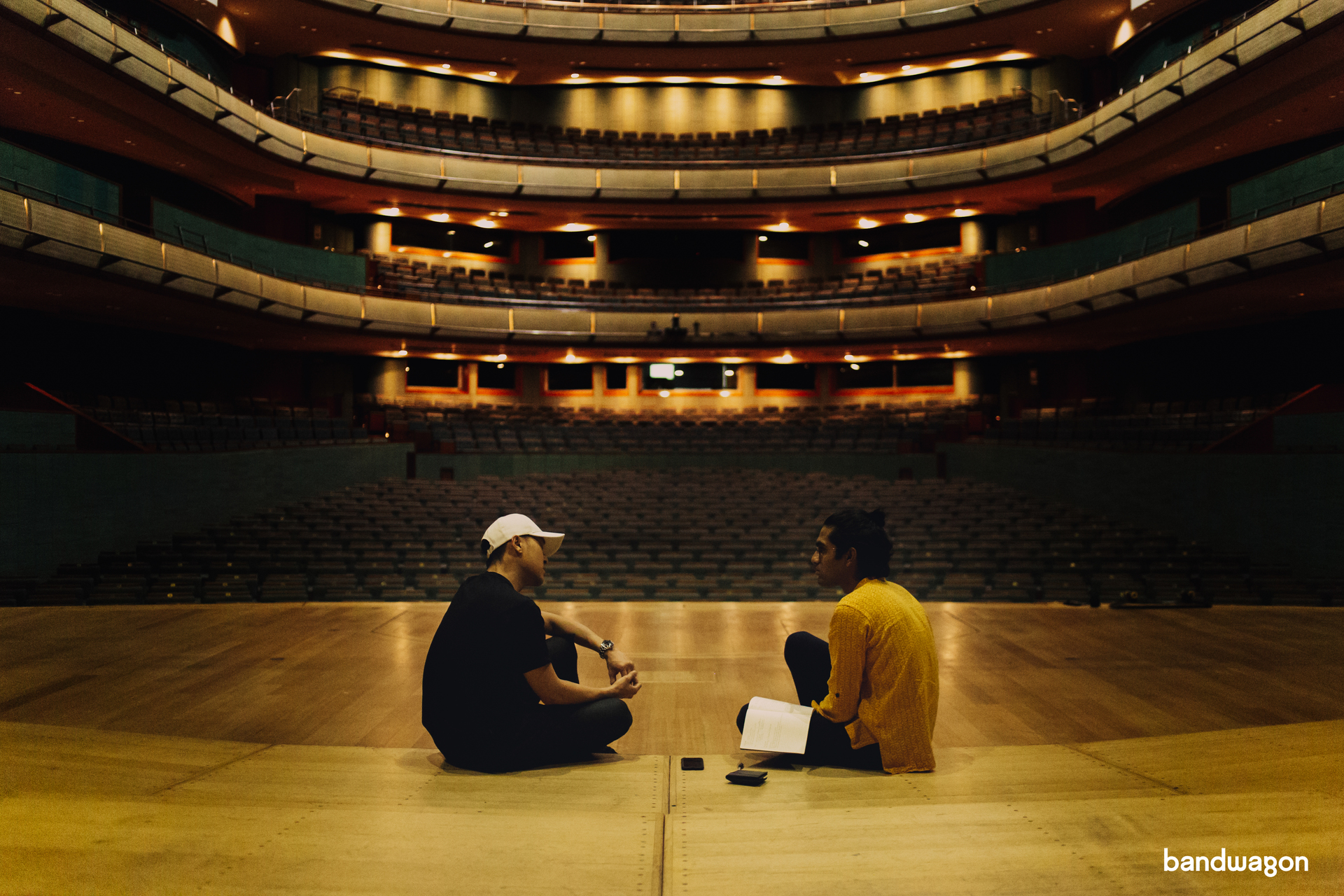 As with everyone – especially DJ KoFlow (real name Wayne Liu) – there’s always more than meets the eye. Underneath the veneer of privacy is a dream that has waited years to be realized.

Brimming beneath his cool and unassuming disposition is a message so full of energy that it shines whenever he steps behind the turntables. The enigma’s journey through hip-hop and world DJ competitions provide ample understanding of the foundations of this elusive ‘message’.

Skateboarding was Wayne’s gateway into hip-hop.

He shares, "when you watch skate videos it’s always hip-hop music back then. One day I saw this guy scratching in a skate video and I was like ‘ah, this is really cool’. I kinda liked the idea of it." He then playfully recounts being "chased by the cops" – and ending up at a friend’s house. That was where he found his friend scratching on turntables. "I was like "this is what I wanted to do,’’ KoFlow exclaims. 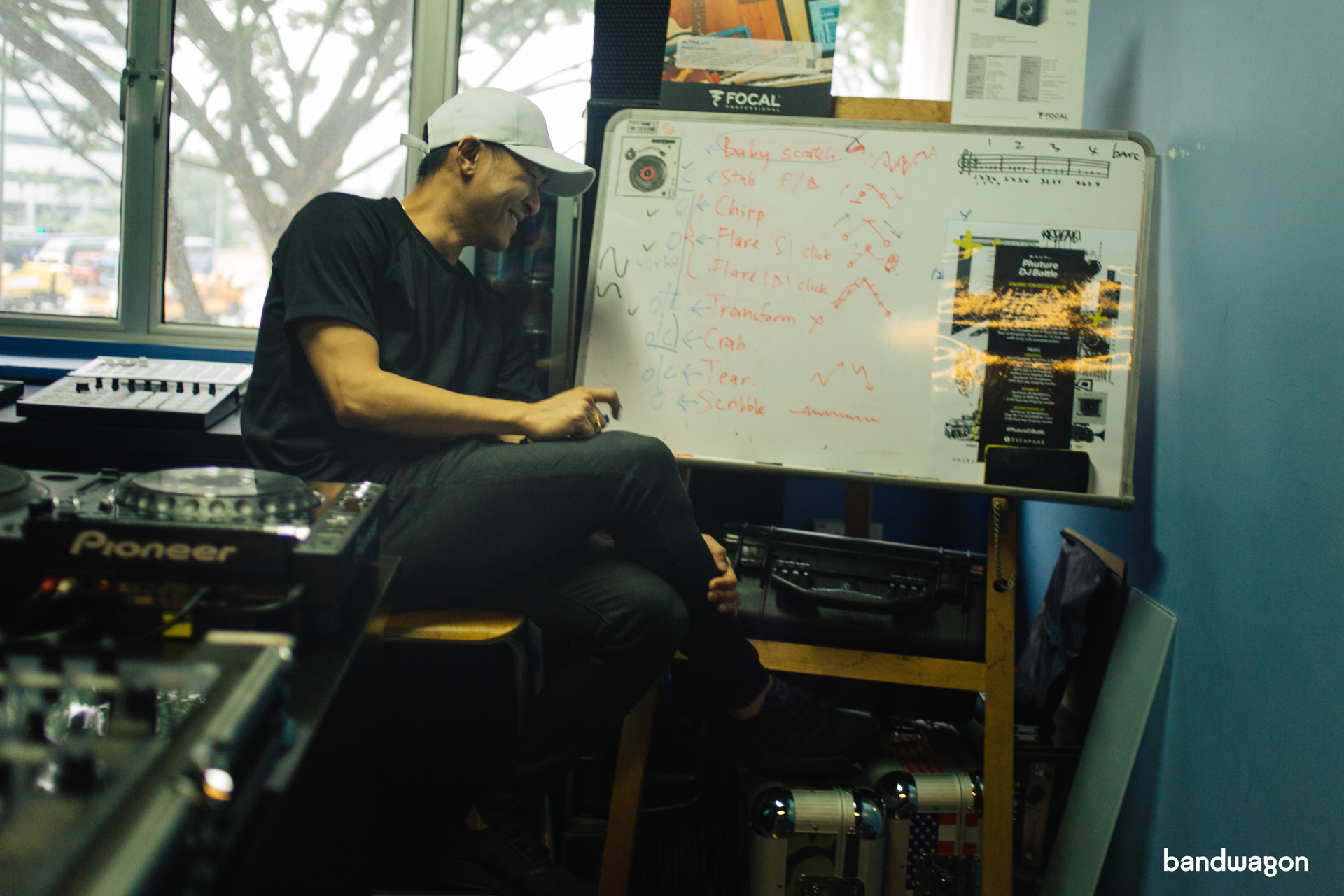 When I was going through it, there weren't really a lot of DJs to mentor with. Even if you want to, nobody wanted to share (knowledge) with you because that was the period where it was all battling. The whole battling scene was like if ‘I learn something, I’m not gonna teach you - because I’m gonna use it against you.'’’

- KoFlow, on the DJ scene back in the day

But the road after that was by no means a walk in the park. The world of DJ-ing back then was fraught with competition as its bread and butter was DJ battles.

Wayne had no mentors: "When I was going through it, there weren't really a lot of DJs to mentor with. Even if you want to, nobody wanted to share (knowledge) with you because that was the period where it was all battling. The whole battling scene was like if ‘I learn something, I’m not gonna teach you - because I’m gonna use it against you.’’

But the young skater boy back then found it within himself to push past those limitations to achieve his goal of representing Singapore at the World DMCs.

The athletic kid admits to being motivated by sportsmen role-models and yesteryear soccer superstars Fandi Ahmad and Sundramoorthy, who were "representing their country – our country – and that was something I always felt really proud to try to do. Eventually, yeah – I won the DMC, I did it my own way, I represented Singapore in front of the world. It was just a dream as a kid."

But this DIY ethos came at a cost – forcing him to diligently practice up to five or eight hours a day, for five to six years. No mentors? No problem: "video tapes… three or four of us, we’ll share money and we’ll get a video tape to be shipped over. We’ll copy it into five different copies and everyone will have a copy of it. We’ll just watch and learn through the video tapes."

Through this, he won the Singapore DMC in 2003, and went on to represent Singapore in the World DMC that same year. This achievement is easy for us to gloss over, especially since it takes a mere three seconds for us to write out what is, in actuality, awe-inspiring achievement.

The road to the World DMC was tough. KoFlow laments how lonely the effort was: "see that’s another thing about being a Singapore champion. When you win, there were no people guiding you because there weren't a lot of champions and there won’t be people guiding you on what to prepare for when you go to the world. I went to the world, I was so green. I’d been only scratching for two years. In the elimination round I was like ‘ah I’m gonna pull this routine’. Which was not my best routine – I was going to hold the best routine for the final. Obviously, my skill was not good enough, and I got knocked out from the elimination round, and that’s what I learned. You always go with your best routine no matter what." 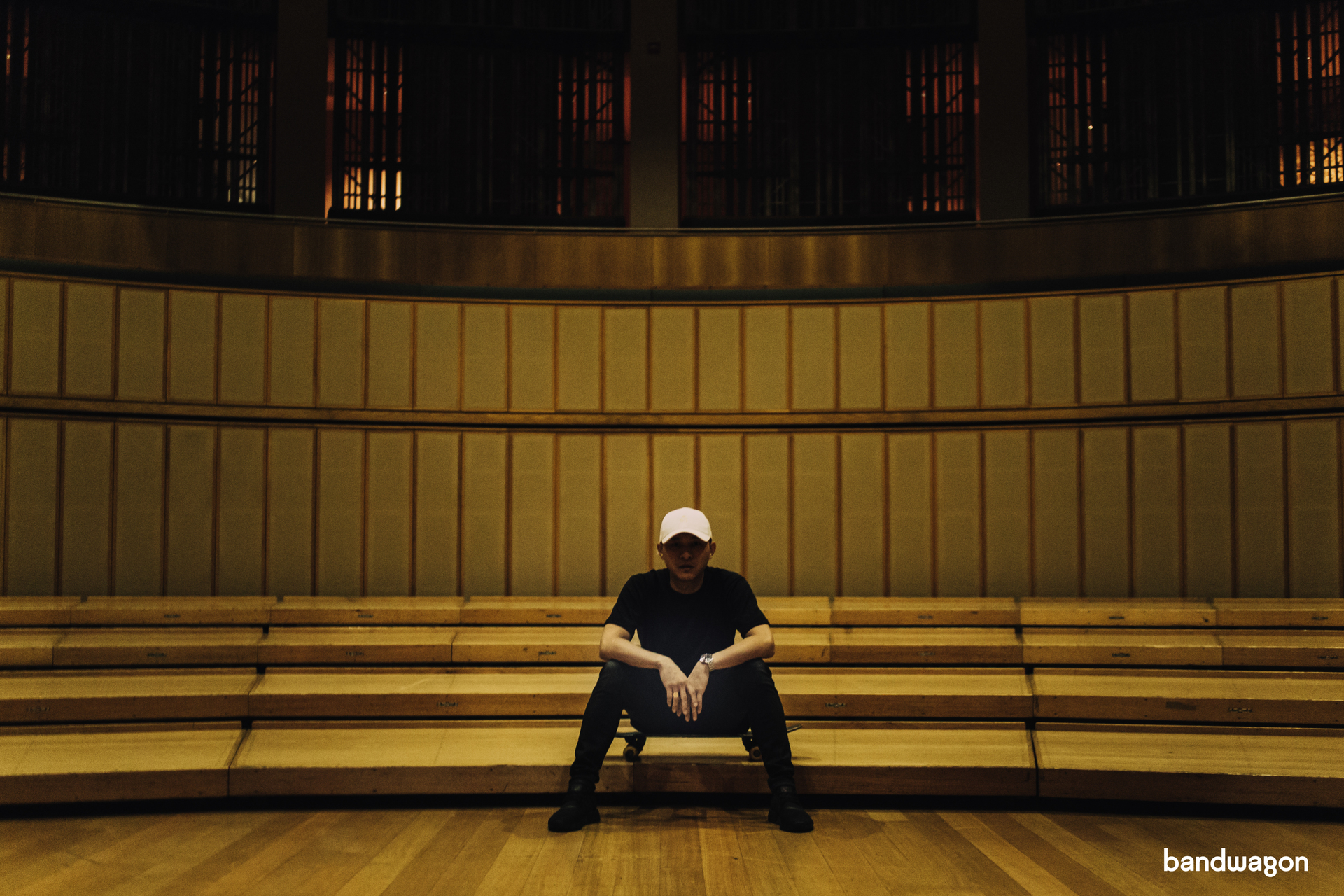 Disgruntled by the harrowing experience of having to strike it out alone on the world stage, KoFlow determined that he needed to change the turntablist scene. Coming from a skater background, he was used to seeing an "11 year old teaching a 40 year old how to do a certain trick. [He] came from that culture. There was never any hate. It was just hanging out and having fun and everyone learning something."

So he "ended up teaching everyone", to the consternation of other DJs in the scene. His response to this negativity? "No, you don’t understand – turntablism is an art that already a lot of people don’t understand. Why are you still doing that (refusing to teach people)?"

This is the attitude that pervaded much of his career and his work ethic, which he carried over into the core of the first b-boy group in Singapore, Radikal Forze – which he founded. It was built out of pure love for the craft and the willingness to teach anyone who wanted to learn:

"There was a point where everyone wanted to represent Singapore so hard in b-boying competitions that everyone hated everyone, and everyone was angry at everyone. Being a part of Radikal Forze, I was like – ‘no, we're gonna be the crew that’s not gonna do that. We’re gonna be the crew that teaches people if anyone approaches us. Look at what we have in the b-boy scene now. We have so many b-boys and people representing Singapore everywhere else in the world. I think – that’s really important, sharing."

We’re gonna be the crew that teaches people if anyone approaches us. Look at what we have in the b-boy scene now. We have so many b-boys and people representing Singapore everywhere else in the world. I think – that’s really important, sharing."

KoFlow, on the ethos of Radikal Forze

This collaborative and welcoming attitude explains much of his work musically as well. A prolific collaborator with multiple entities in the scene, KoFlow is known for his tendency to push the boundaries of turntable and DJ music.

He engages in a plethora of work which the common man would consider out-of-the-ordinary for a mere DJ: from collaborating regularly with experimental electronic group Syndicate, to his more recent work putting up the KoFlow MFO Orchestra, where he collaborated with an 80-piece orchestra to put up a night of fusion music that masterfully and tastefully bridged the worlds of hip-hop  and clasical music.

Underpinning all his efforts is one simple message: that if we work hard enough, anything is possible.

While that is arguably the most cliché line of the century, it rings true for KoFlow. His experiences and hardships are in his eyes – and they light up when he speaks of his students (some of whom he teaches at E-Tracx DJ School): "I think my mentality to pass on to my students is about doing the right thing and persevering in what they do. I see a lot of talented students, but a lot of them cannot overcome society."

Being a DJ here is to tell everyone that you can do it."

When probed, he elaborates: "I think the biggest hurdle is also your parents because parents will always tell you 'y’know don’t do this. You can’t make a living out of this. You can’t be stable'. I think that’s one hurdle. The second hurdle is society, where… everyone tells you 'nah you can’t make music for a living, you can’t do this, you can’t do that'. That’s the biggest problem that all these kids need to overcome."

"I’ve constantly told them that it’s always about proving yourself, no matter what age you are. Even at my age, I’m always trying to prove something. Not in an arrogant way, but it’s to prove that we can do it. Hence, this." (at this point, he motioned to the whole concert hall).

So maybe being a DJ isn’t about the glory and the recognition. Maybe it’s not about mixing one song after another with technical precision. Maybe it’s not even about the skills. Perhaps Wayne puts it best, as he motions to the Esplanade's hallowed concert halls, which has played host to the best artists the world has to offer - "Being a DJ here is to tell everyone that you can do it."

FLOW, a solo concert presented by DJ KoFlow, happens on the 30th of June at the Esplanade Concert Hall. Get your tickets here.