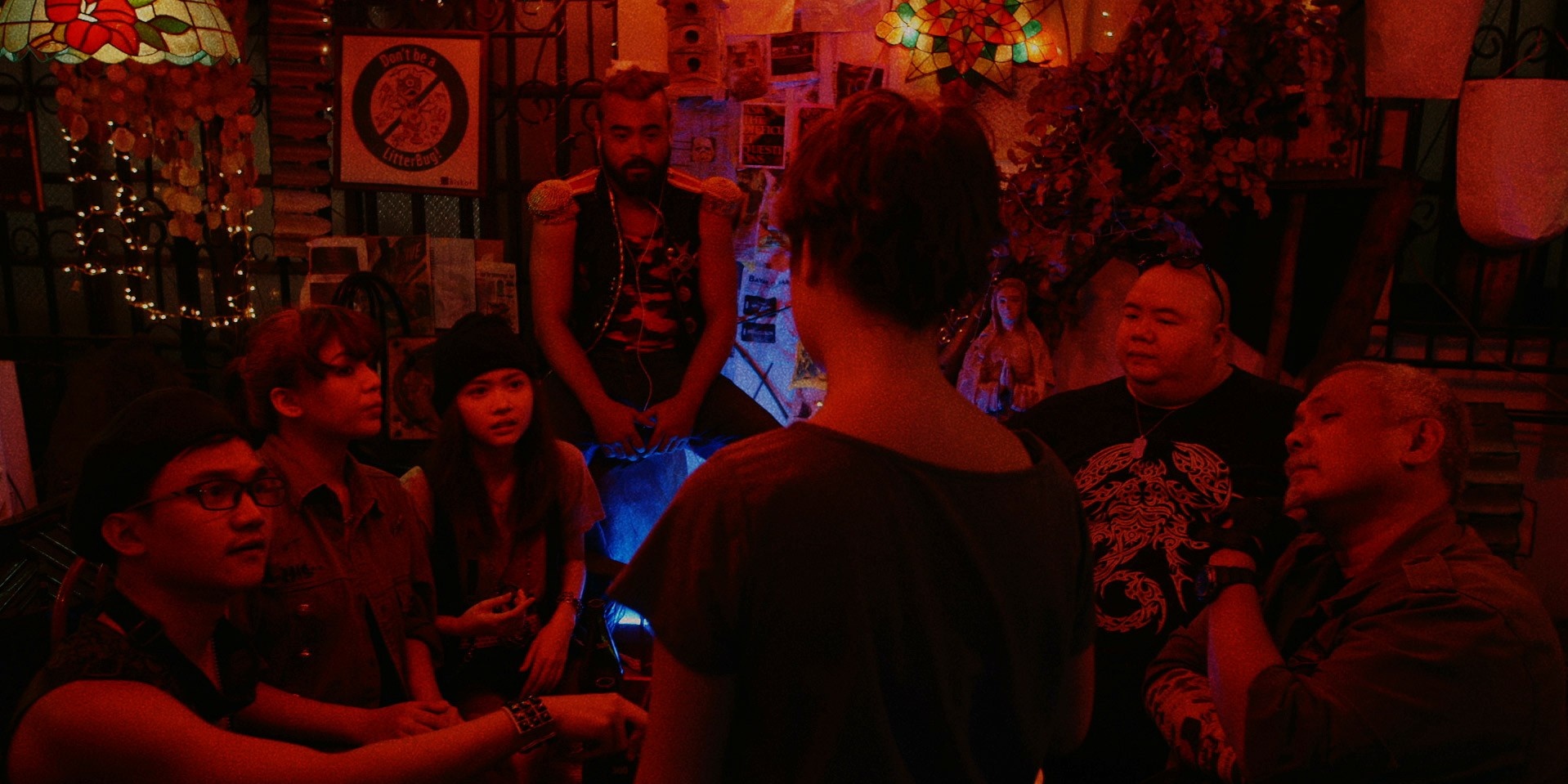 Manila Death Squad is dark, funny, and will blast some knowledge through your skull.

The 12-minute film directed by Dean Marcial and produced by TBA Studios tells the story of an ambitious and daring journalist named Olivia (Annicka Dolonius) who comes face to face with Rufio (Sid Lucero), the leader of a Filipino homicidal vigilante group. As she puts her life at stake by playing a dangerous drinking game, Olivia fights for a chance to get her scoop through a scene of rapid fire backed by neon colors and comedic sound effects. It then takes a heavy turn towards an eye-opening dip into the violent realities that inspired Marcial to write the screenplay.

With its proudly Filipino cast, Manila Death Squad opens with a live performance of Frank Sinatra's 'My Way' by Flying Ipis. Frontwoman Deng Garcia tweeted about her experience in being part of the film Friday morning (06/22). "I didn't know it would be THIS cool. So gutsy. Very timely."

Three years ago, @flyingipisband became part of this film, shooting by the Manila port-side w/ neon make-up on. We were told that we were to open this really cool film while covering “My Way”. I didnt know it would be THIS cool. So gutsy. Very timely. Watch- MANILA DEATH SQUAD.💯 https://t.co/t39ykrqqNR

"This film is based on stories my grandfather told me about the Davao Death Squad—a fearsome collection of vigilantes employed to wipe out crime under then-Mayor Rodrigo Duterte’s watch," Marcial reveals in a press release. "When we shot the film in early 2016, we thought we’d distance ourselves by fictionalizing the vigilantes in Manila.It was almost speculative fiction, 15 minutes into the future, but by the time we screened a rough cut in May 2016, he was elected by a landslide, triggering a wave of violence that easily outpaced the Marcos dictatorship within the first year."

After making its festival rounds, the film has been picked by video streaming site Vimeo as one of its Staff Picks for the month of June, and will premiere on Monday (06/25).