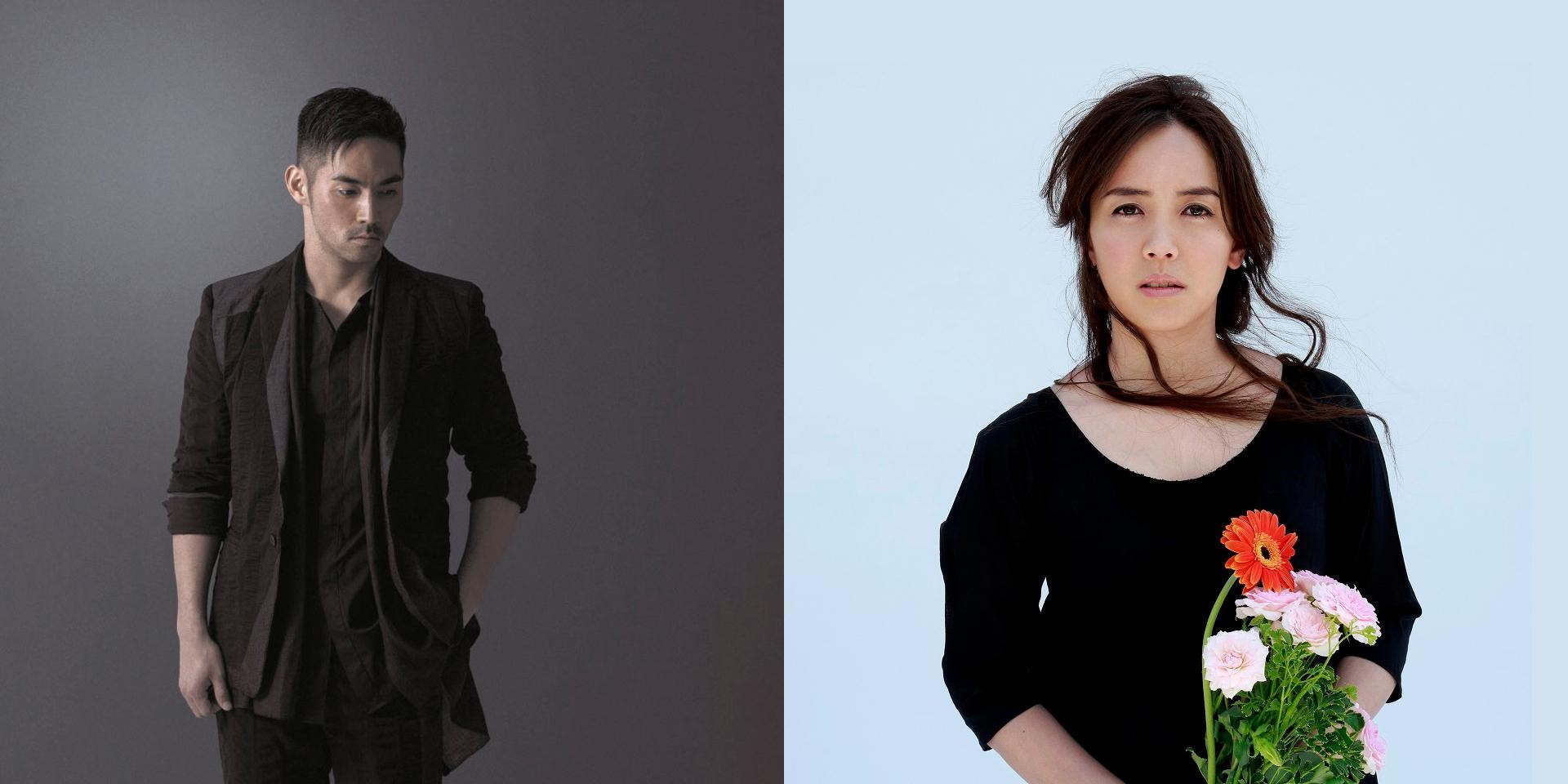 This July, a must-watch double bill of Japanese artists will grace Singapore: Kousuke Atari and Chitose Hajime will both perform at Zepp@Big Box. Both artists are much beloved back home in Japan, and especially their home base of Kagoshima, but Singaporeans might still need more of an introduction. So here are three things you should know about these two artists.

Both Atari and Hajime have been making music for decades, and two prominent contemporary folk musicians hailing from Kagoshima prefecture, it’s not surprising that they’ve orbited each other in their respective careers.

But the connection goes deeper. Though both are just a year apart, it was Hajime who inspired Atari to go into music. Hajime was a rising musical talent as a teen, winning competitions across Japan and releasing traditional folk albums at the age of 15. At age 18, she was courted by record labels.

Even though she turned them down and did not professionally pursue music immediately, Atari still heard Hajime’s music while in high school and decided to become a musician. With this intimate connection in the early days of both their careers, it’s no surprise that both have crossed paths and even had a project together called Ochugen.

Both Atari and Hajime have risen to fame by taking shima-uta, the traditional folk music of the Amami Islands in Kagoshima prefecture of southwestern Japan, into the 21st century.

The development of shima-uta, which literally translates to “island songs”, has long been affected by the geographical isolation of the Amami Islands, surrounded by both vast oceans and tall mountains. So it’s notable that both Hajime and Atari have become advocates for this uniquely regional genre of music to the rest of Japan and beyond.

Hajime picked up the shamisen instrument – which is integral to the genre – and learned the shima-uta style of music as a child, and inspired Atari to also become a shima-uta musician. His first album, Atari, released 1999, featured him singing over the jabisen (a variant of the shamisen), and won him prizes at folk festivals the year after.

But what has distinguished Hajime and Atari from other shima-uta musicians is how they’ve never stayed within that box, though they’ve never abandoned their shima-uta roots, either. An early album that put Hajime on the map was a covers album including English songs originally sung by the likes of Carole King and The Velvet Underground. After performing extensively as a folk musician, in 2005 Atari blended J-pop with shima-uta on the EP Materia, which became a hit in indie circles. It’s both artist’s pop sensibilities that have turned them into prominent voices within the shima-uta genre.

Inroads in Anime and Film

What has spread both artists’ music far and wide is how their music has been featured in anime – one of Japan’s greatest cultural exports – and film over the years. After stepping away from music for some years, Hajime returned with the hit song ‘Kataritsugu Koto’, which was used as a theme song in the popular anime series BLOOD+, and hit #12 on the Oricon charts. Her song ‘Haru no Katami’ was a theme song for another anime series AYAKASHI - Japanese Classic Horror, staying on the charts for seven weeks.

Atari’s music, too, has gotten the anime boost – his song ‘Tane Wo Maku Hibi’ was an ending theme for the smash hit series Bleach. But of far more consequence to Atari’s career is the film roles he’s scored over the years, many of which feature him as a singer. 2008 was a big year for Atari: not only was he chosen to perform the official image song of Ang Lee’s Lust, Caution for its Japanese release, he made his film debut playing himself in Taiwanese film Cape No. 7.

His hit single ‘Sorezore Ni’ was picked as the film’s theme song and was even covered by Andy Lau. Cape No. 7 gained Atari fans throughout Taiwan and China. Some musicians in the region, such as Sodagreen and Huo Zun, even became influenced by shima-uta – testament to Atari’s role as one of the genre’s most prominent contemporary advocates.

Kousuke Atari and Chitose Hajime will perform at ZEPP@Big Box on Sunday, 1 July. Tickets priced at $88 are available here now. 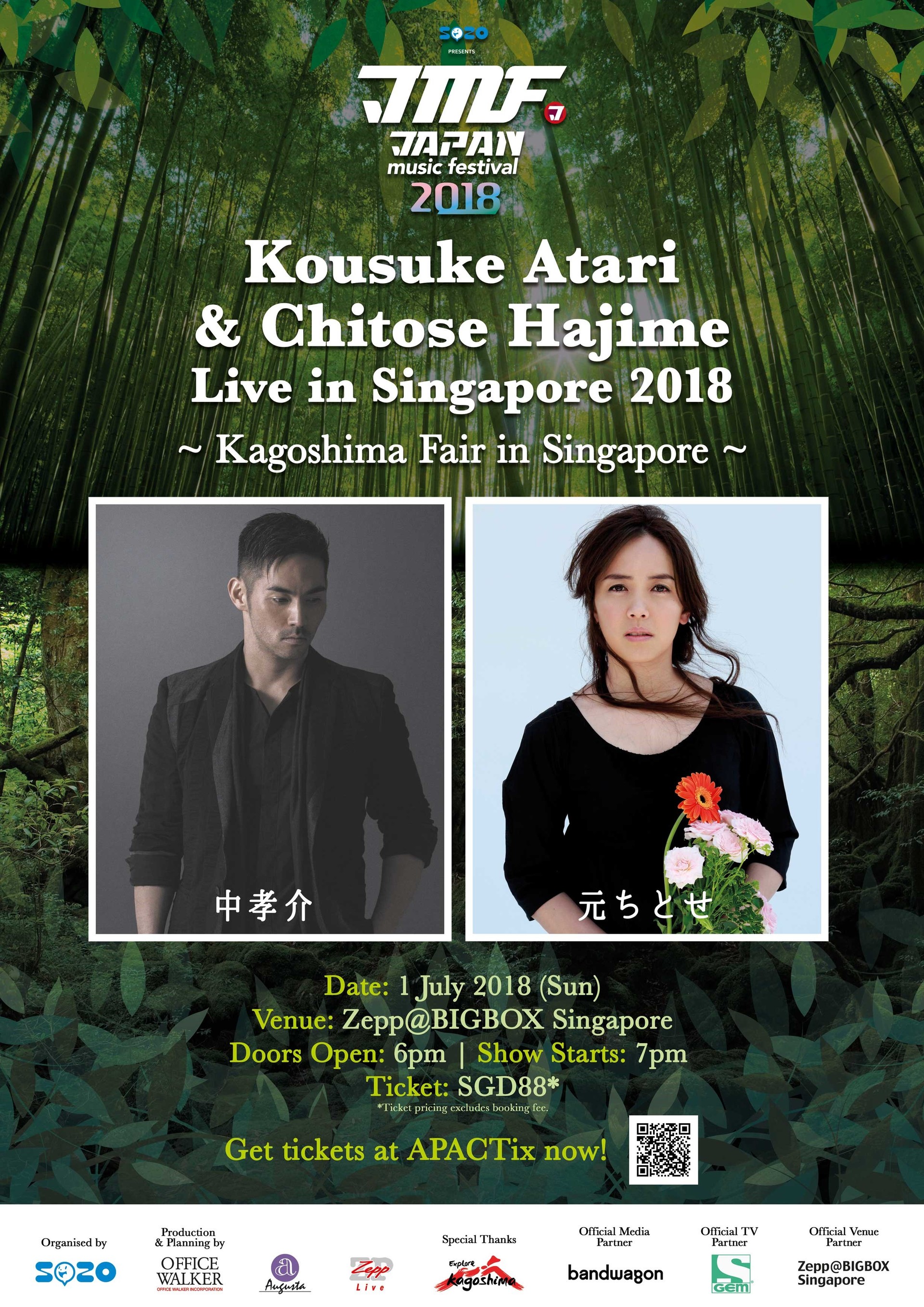