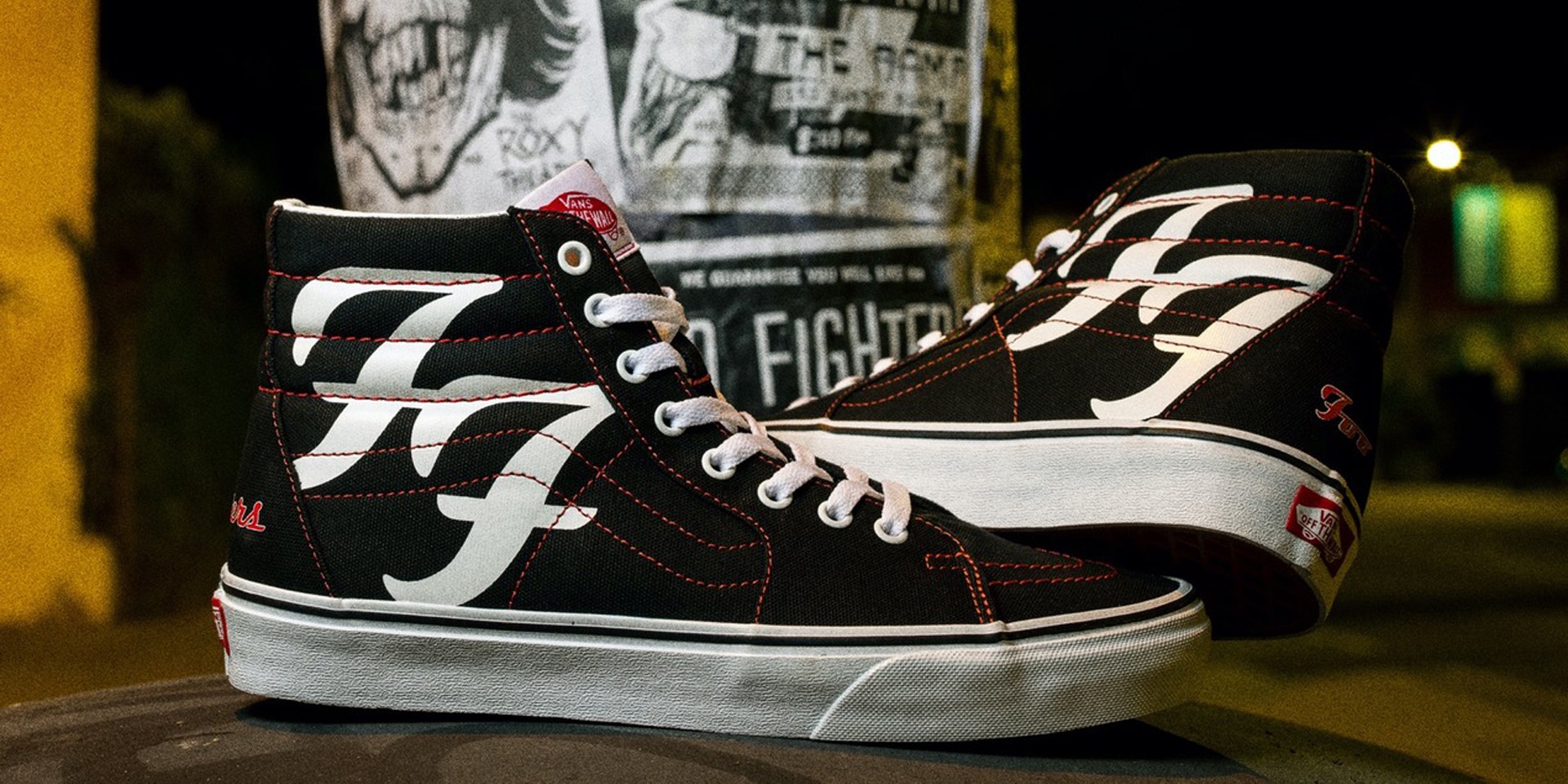 Foo Fighters have teamed up with Vans for some special edition kicks.

To commemorate the 25th anniversary of their 1995 self-titled debut album, the 12-time GRAMMY winners collaborated with Vans to release a limited edition Sk8-Hi, featuring their iconic double F emblem, ahead of their February 5 (Friday) release of Medicine at Midnight.

In celebration of their 25th Anniversary, we collaborated with @FooFighters on a special limited edition pair of Vans. The Vans x Foo Fighters Sk8-Hi is coming soon. pic.twitter.com/hOdFFqqFJf

Foo Fighters' collaboration with Vans gives the classic Sk8-Hi a whole new look in black with white markings and red stitching. The words "Foo" and "Fighters" also appear in red on the heel with a 25th anniversayr edition embroidery tag on the tongue.

Check out Foo Fighters' 'Waiting On A War' music video below.