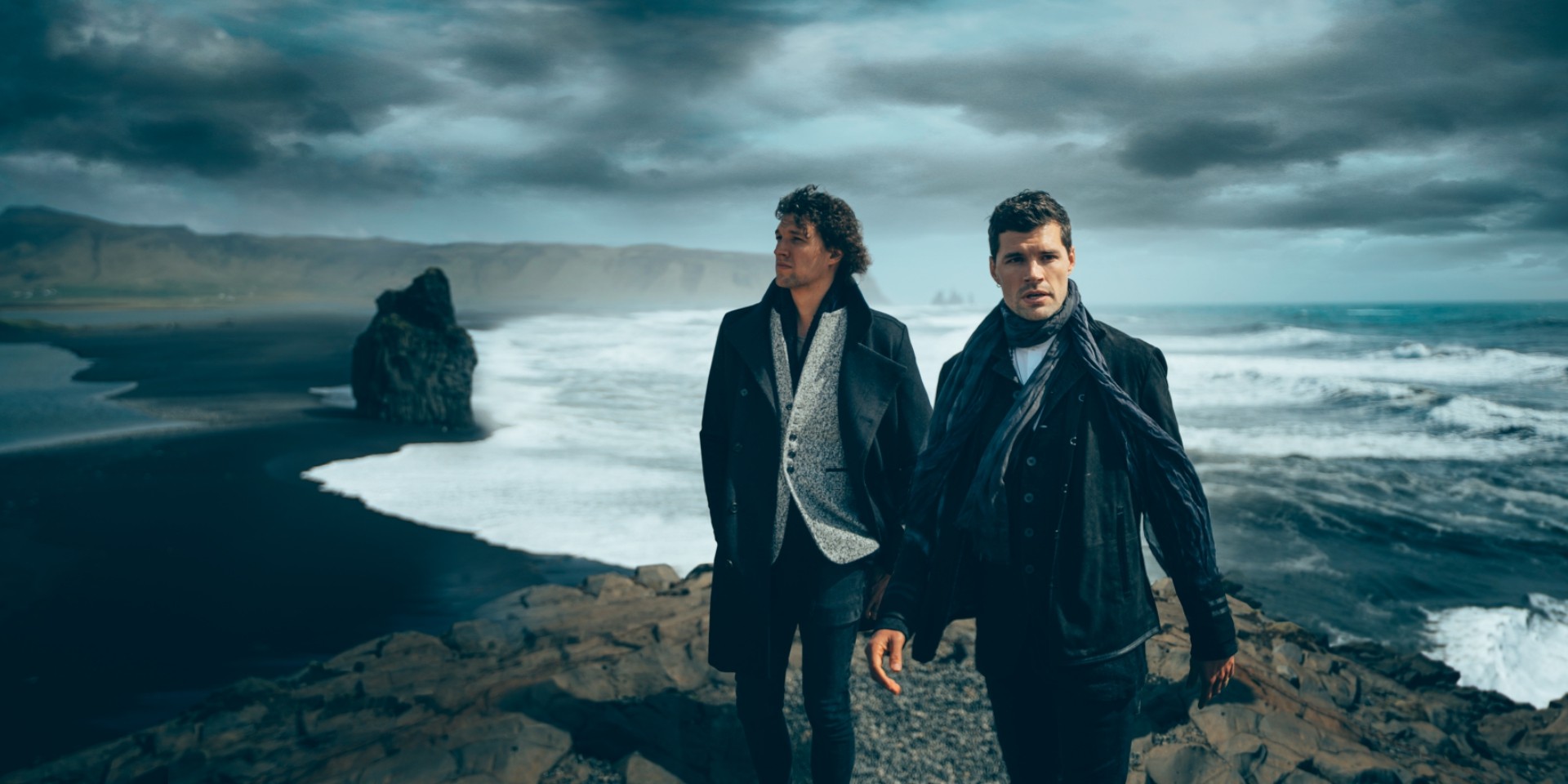 Higher power – there isn’t enough time or space to document how much of human history has been affected by the semantic sum of those two words. But one thing is certain: Though we all clamour over what form He/She/It takes, we’re all in agreement that we need one. If not to hold us accountable to the moves we make in this lifetime, then, for that sublime, beyond-logical impetus to make life worth the living it takes for it to be meaningful.

For the brothers Joel and Luke Smallbone, that non-proverbial force of light radiates from the Christian faith. With for KING & COUNTRY, the Nashville-based, Australia-born duo has conceived of a musical outlet with which to communicate to the world, how special and life-giving that light has been for them. In their globally reverberating thrall, lies two Grammy wins, four EPs and three albums, including 2018’s Burn The Ships.

Read what the brothers had to say about the intersection of faith and music in our recent interview with them that happened before their first-ever showing here earlier this month.

How does it feel to be playing in Singapore for the first time?

Joel: We love it here. We arrived a day before the show but we're heading back to the States right after so it’s a short trip. Although, it’s a tiny country, you hear a lot about it wherever you are in the world. Last night, we stood at the bay land watched the water show and the fireworks. Everything from the architecture to the gardens to the people is beautiful. It's been a really wonderful 36 hours so far.

It's known that you were born in Australia but moved to Nashville when you were young. What is it about Nashville that makes it such a musical city?

Luke: When the foundation of a city is founded on music, you’re bound to be around people who are better at their craft than you are. One of the things that we tell younger artists is to go where people are thriving in that industry. Go to where people are considered to be further along in their craft than you are so you can learn from them. And Nashville's got tons of songwriters, producers and people working in the space of music. That continues to breed music and creativity seems to be thriving in that spot. And for us, we hope that it continues to grow. 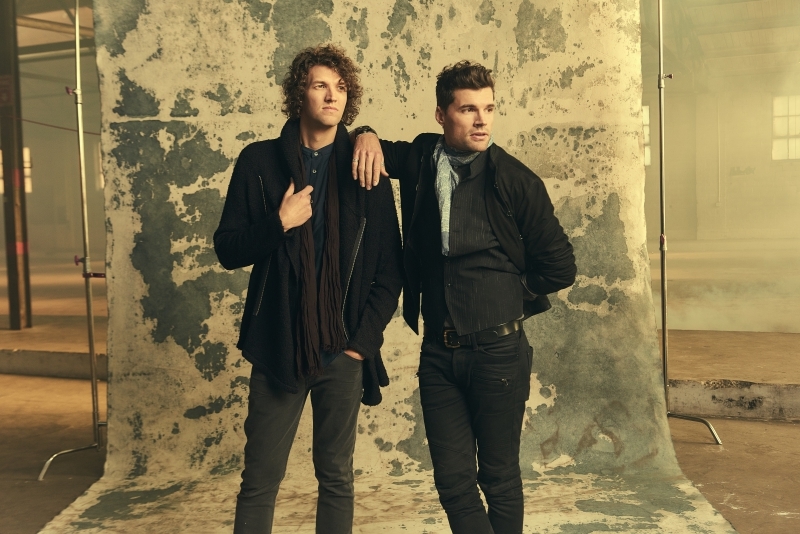 And what advice do you have for young musicians who are navigating this minefield of competition?

Joel: We have a running list of four or five things. One is to stay at it. If you believe that it is something that you've been designed to do and people around you have affirmed that and you've got a real gift, stay at it.

Secondly, one of the things that has been helpful for us is collaborating with with band members or producers or other writers when we do our songwriting and the result is beautiful.

But about that, thirdly, you have to check your ego at the door everyday. The best idea has to always win. And if it's not your idea, you have to be able to recognise it and humble yourself enough to see it. Because ego will kill the creative process.

Fourthly, part of what Luke said: Move to where music is flourishing because you're only as strong as the next man. Look, if you want to be an athlete, you move to a school that excels in sports. It's the same thing in music, you gotta move to where you can rub shoulders with the right people.

Lastly, play whenever, however, wherever often you possibly can. Whether it would be for two people or ten people; performance and presentation is so much about getting your hours out. You can study but it's sort of like studying tennis. It's not going to teach you how to play the game. It might teach you the rules but it's only when you grab the racquet and you start hitting the ball that you start recognising the way the whole thing works.

You released your third album Burn The Ships last year. Three albums in, did you find the process challenging?

Luke: It's always different making any new piece of art. That's actually the temptation you find when a record has been successful and you start to say, "Maybe I'll replicate this". But if you do that, you would've repeated what was unique and special that time. People would've already consumed that so you have to force yourself to innovate and change.

One of the things that we talked about with making the new album is evaluating what songs people connected with on previous albums. And the songs were those that we were personally attached to so we challenged ourselves on this new one to make every single song have that personal touch. If it was conjured up in our head and it wasn't real, it was discarded. It had to be something that we've walked through or a story that we heard first-hand from somebody else. You always hope for the process to be smoother but, ironically enough, if it was, it would be less important.

Art that stands out is difficult to make. That's been our experience. And if somebody knows how to make amazing art that's easy, let me know because I would love to sign up for that. (laughs)

You have two Grammys under your belt and you were nominated again this year for the single 'Joy'. Do such awards still matter to you?

Joel: We had two ladies from our management office, two of the guys who wrote the song with us, and one of our producers there in our stead. We couldn't be there because we're on this world tour but I didn't sleep very well last night because I was thinking about not actually being at Grammy awards. We're equally thrilled to be here but it's a beautiful moment, putting aside the awards for a second, because the music industry needs to continue to unite.

You see a lot of it with features and I love that but we have to support each other. Luke's award sits on top of his kid's toilet and they enjoy it. The award itself is nice and sweet but it's really just a piece of metal. The sentiment of it is that your industry partners have come alongside you and said "We believe in you". So even the nomination was so special because people recognised it.

Before we released 'Joy', we did 86 different versions of it because we wanted it to be right and good. It's still a major compliment and we're very proud of it, along with our other writers and the band who are part of the conversation.

Are you annoyed with the "Christian band" tag or is it something that you own?

Luke: If you're going to try and fight that battle, you'll always end up being frustrated. After all, there’s an element that is part of the songs that we write. Do I think if that limits the power of what music can do? Yes, occasionally, I do. Because if you say that you wrote these songs about what's going on in your life, they will be much more interested in listening to it than if you give them a genre. For example, if somebody presents a classical song to another person who doesn't like classical music in general, then they won't listen to it at all. But if you describe it as "ethereal, moving and emotional" music, the person might listen to it.

With where music is today, some of the genres are starting to mingle. Sometimes, what happens a lot is that we have these preconceived ideas of what a song is supposed to sound like and that limits the scope. Our hope is that music continues to weave in and out genres. I heard somebody say once that there are only two types of music: Good and bad. And I try to write good music. That's what people care about. 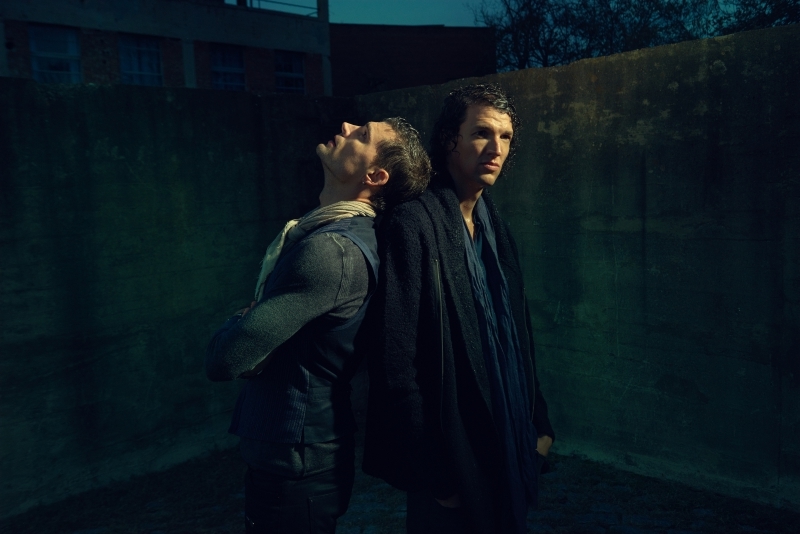 Since we're at the second month of 2019, what resolutions have you broken and what are your hopes for 2019?

Joel: I'm probably more of a perfectionist than Luke is. Years ago, I had specific goals such as "How long I wanted to pray" or "How long I wanted to work out" and I was embarrassed about reading them because, like most of us, life happens, I broke them. But, this year my resolutions are much more about the big picture and it’s about being present. Singapore is such a beautiful and technologically advanced country, but sometimes, these cellphones take you into someone else's life and if we're not careful, we can lose the moment. My resolution is to put my phone away more and be with my wife, the band and the audience.

Luke: I'm not big on making resolutions because I’ll end up breaking them. For me, I'm always trying to better myself. But the moment that is written down, I'll break it the next day. So I'm consciously doing my best to go out and exercise and whatever else I have to do. But the big one for me is to read the Bible through in a year. So far, I'm about six or seven days behind but I'm still there. A lot of what we write about is hinged on that book and yet, I don't spend as much time with it as I should.