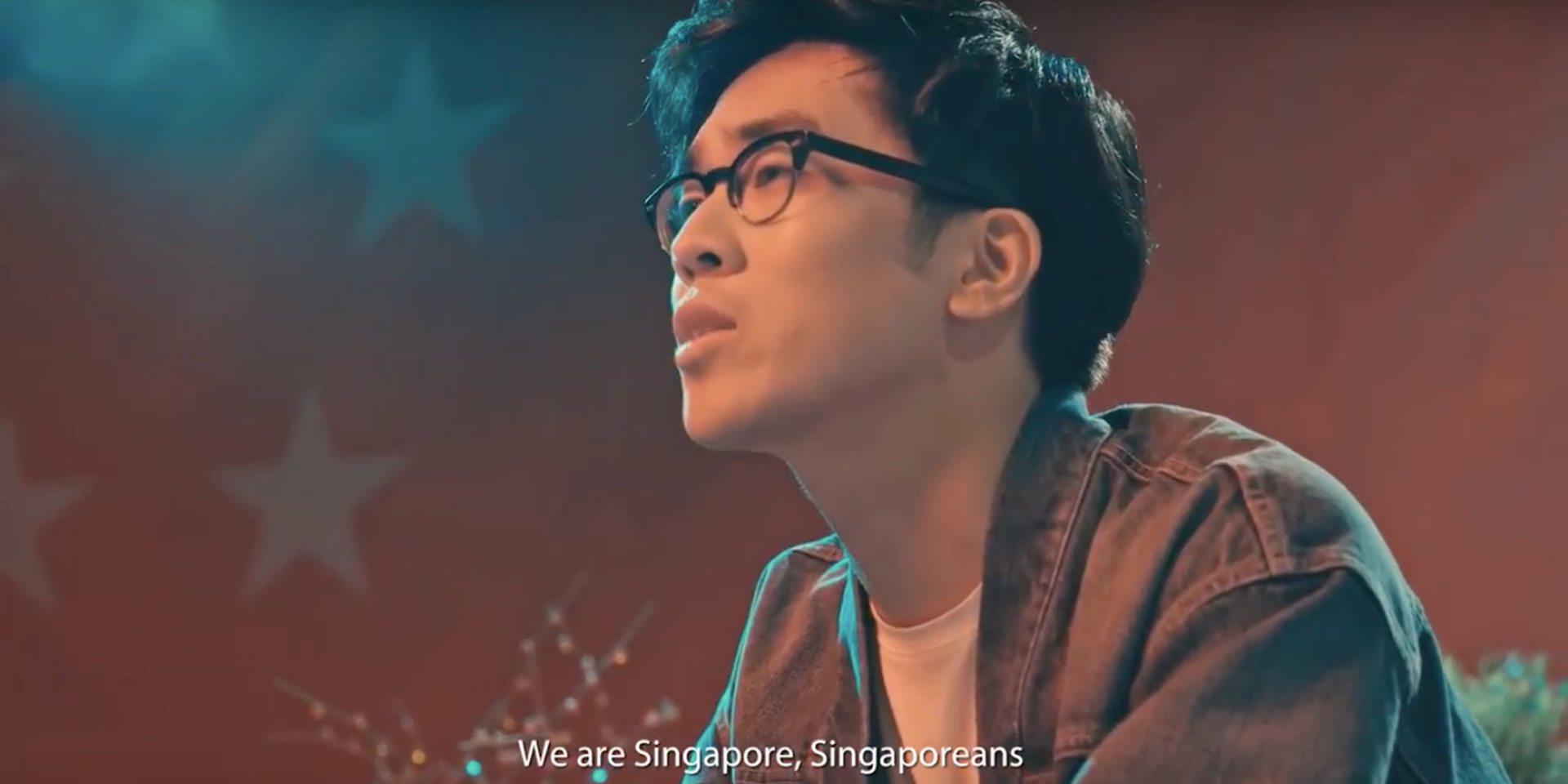 Today this year's official National Day song was unveiled, and it's an exciting one.

This year's song will be familiar to local residents, given the fact that it is actually a modern re-write of the 1987 classic, 'We Are Singapore'. This new version of the song, which was written and performed by Charlie Lim, was produced by Dr. Sydney Tan (whom is considered to be a mentor figure to Charlie, having worked with him for close to a decade), Evan Low (aka Evanturetime) and Charlie.

The 2018 version of 'We Are Singapore' takes on a more reflective tone than its predecessors, with Charlie's signature mellow vocals leading the charge with two fresh verses, before a slew of artists the likes of Vanessa Fernandez (Vandetta), Shak, and Aisyah Aziz join in to harmonise over the familiar chorus. THELIONCITYBOY jumps in to recite the pledge as well.

The song was in the works from mid- to late 2017, its first iteration being a demo Charlie recorded in his bedroom – which can still be heard in the final, official recording of the song. To prepare for the songwriting process, Charlie immersed himself in old National Day songs for days via YouTube.

Charlie said of his approach to the revamped song: "I decided to take a stab at this from a more personal space without sugar-coating anything. Let's just call it what it is, let's not look at anything through rose tinted glasses. We all have our differences, we may not see eye-to-eye on everything, but we're still a family, we're still Singapore so let's take some ownership in the changes we want to see."

Charlie Lim will be performing at the National Day Parade on Thursday, 9 August.

In the meantime, check out the music video for 'We Are Singapore' by Charlie Lim below: