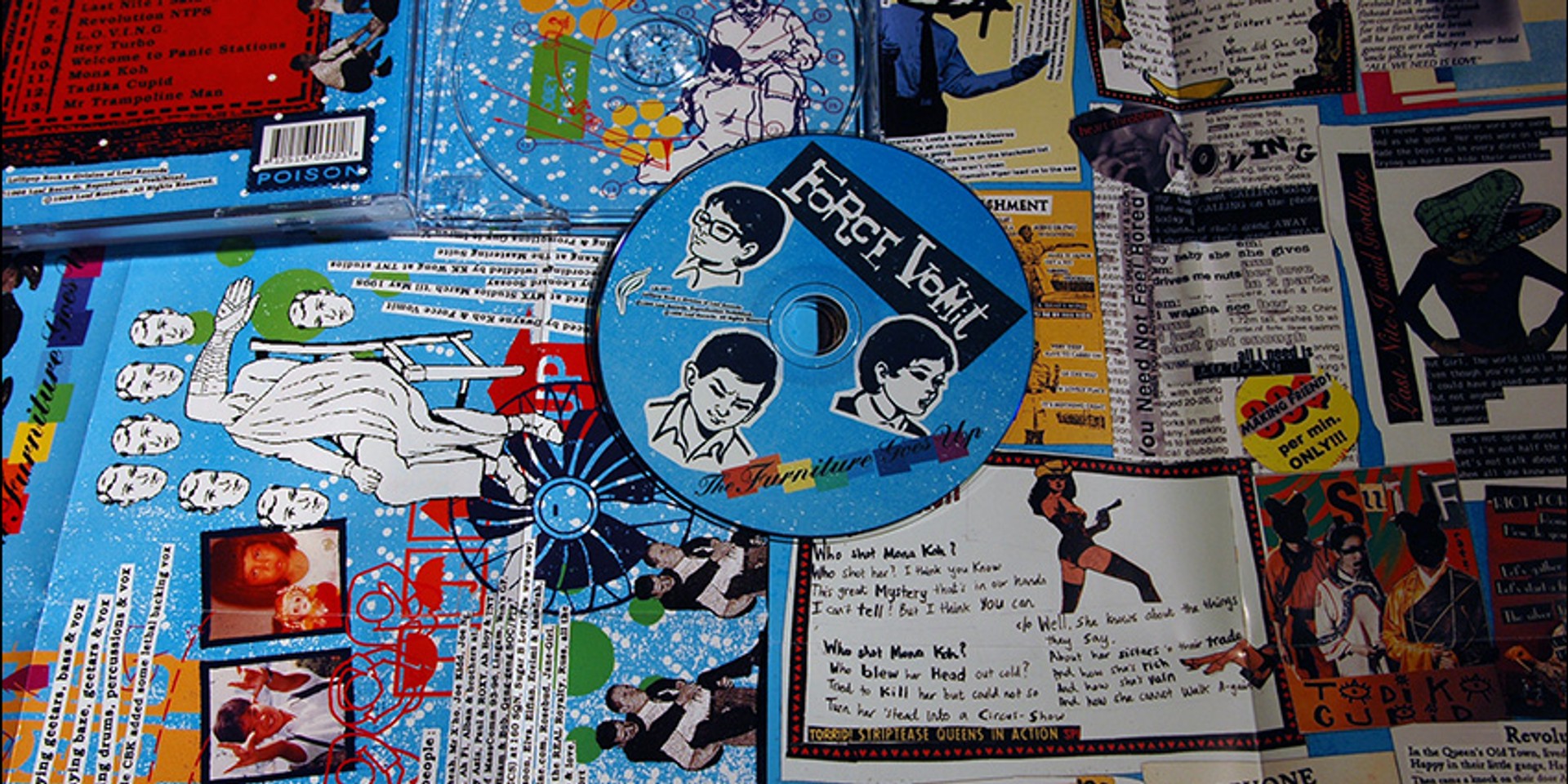 Now, here's cause for celebration: Singaporean surf punks Force Vomit's 1998 album The Furniture Goes Up is now available to stream on Spotify.

For the uninitiated, Force Vomit was formed in 1993 by four then-night shift taxi drivers, and soon made waves in Singapore and Malaysia with their first demo Conspiracy A-Go-Go and 'Spacemen Over Malaysia', off their second demo cassette The Fight In The Cave Of The Moon Butchers (1996). The Furniture Goes Up was the band's first full-length album, with the lineup Dino (guitars, vocals), Alvin (bass, vocals) and Neng (drums, vocals).

Force Vomit followed this up a few years later with Give It Up For the Trustfund Rockers, which spawned the hit single 'Siti'. The band have reunited sporadically over the years to play gigs here and in Malaysia, notably at Baybeats in 2013 and the 2016 edition of 100 Bands Festival. 'Siti' was also one of the songs chosen for a remake under the 2017 initiative The Great Singapore Replay, which brought together different generations of Singapore musicians to collaborate on covers of classic Singaporean songs.

The album was digitised for streaming services and uploaded by Dwayne Koh, founder of Leaf Records which put out The Furniture Goes Up in 1998. If you're at all interested in the history of Singapore music, or just want a brisk injection of jangly surf punk this dreary Monday, The Furniture Goes Up is a must-listen.

Listen to The Furniture Goes Up by Force Vomit here:

The Furniture Goes Up is also available on iTunes and Apple Music here.