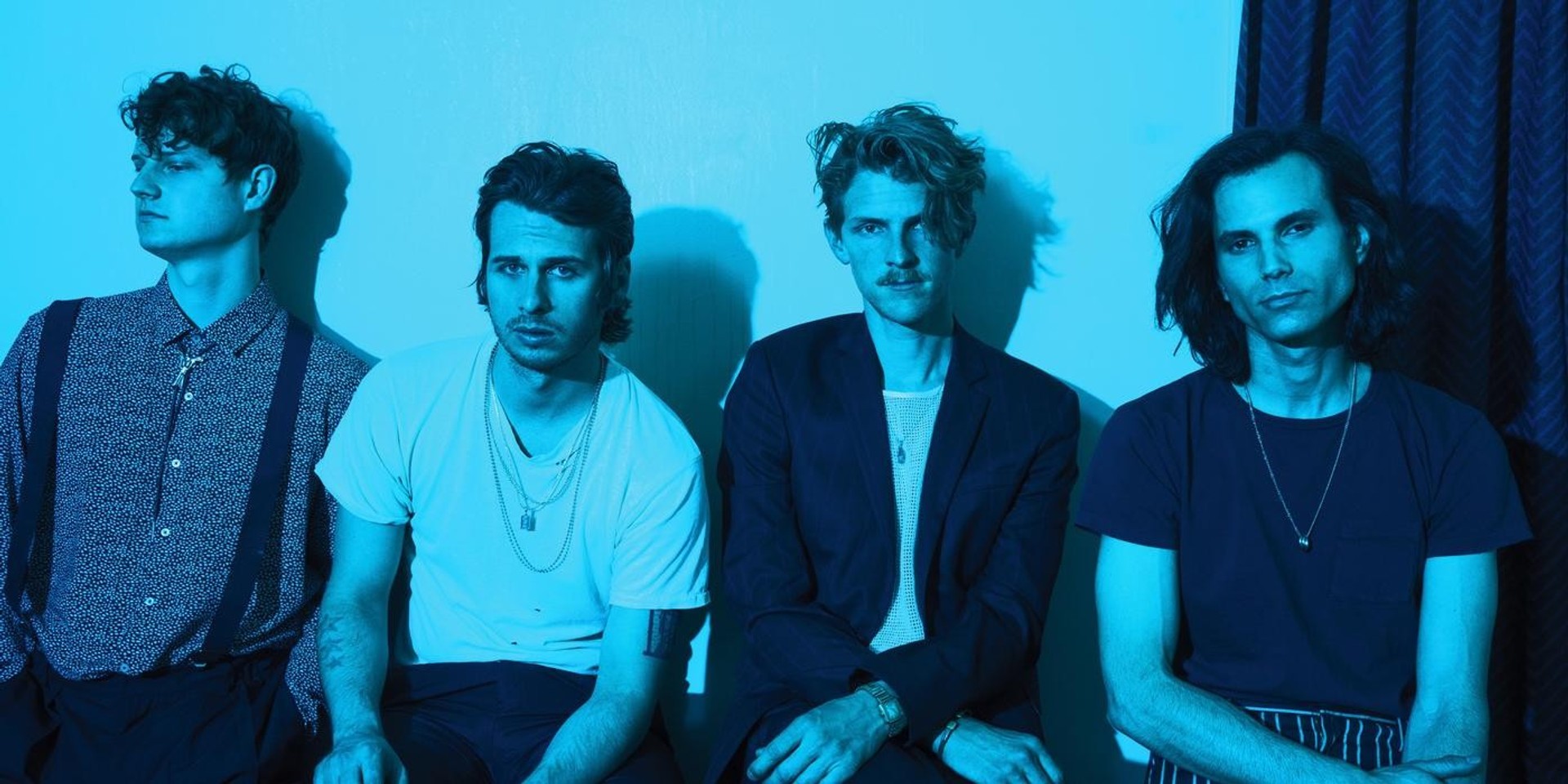 'Pumped Up Kicks' was a radio success back in the early 2010s, now quickly becoming a pop music relic of the very recent past — symbolic of the pastiche hipster subculture that briefly swept up mainstream tastes.

Even as Foster The People sneered at the people this song was marketed at — "It's a 'fuck you' song to the hipsters in a way—but it's a song the hipsters are going to want to dance to," frontman Mark Foster tells Rolling Stone — it also made minor superstars out of the trio, now a quartet. But even if the single threatened to make the band one-hit-wonders, they've continued to amass a cult following with 2014's Supermodel and 2017's Sacred Hearts Club.

In the ensuing years following the band's explosive debut Torches, they've sharpened their songwriting and expanded upon the psychedelic stylings that were first introduced in their 2011 debut. We speak with Foster, the band's enigmatic and prolific figurehead, about the growing pains that come with an early radio hit, and exploring song releases outside of streaming.

How was Foster The People created?

I was friends with Mark Pontius, the drummer, first. We would play music together once in awhile, but he was in another band. I knew that if I were to ever start a band, I’d want him to be our drummer.

His band had broken up so I rang him up and asked him if he wanted to play together and then I introduced him to Cubbie (Fink), our bassist at the time. So it was the three of us who really started the band and that was the beginning of Foster The People."

Pumped Up Kicks really blew up and became a viral success in 2010, a year after you formed the band. What was that like?

It was a pretty wild experience. We had only played two shows together as a band when 'Pumped Up Kicks' started to blow up so we really didn't have that much experience on stage together. I remember our third show was at the Viper Room in Los Angeles and it was also my birthday, so we had a few friends coming for the show and it was just going to be a fun little show and we didn’t really expect much.

When we showed up, we saw a line all the way down the street to see us play and I remember I was freaking out. I turned around, walked away, sat on a sidewalk and put my hands over my face and we were all just like, “Oh my god, this is happening.”

It was like that pretty much all the time for the next two and a half years, playing Coachella for the first time, playing all these festivals, playing Saturday Night Live. It felt like we were trying to surf on a tidal wave."

It's common for a band to inadvertently raise expectations by fans after a breakout song. Did you find yourself in this position after the success of 'Pumped Up Kicks'?

Sort of, a little bit. I think I’ve done a pretty good job of staying true to myself as an artist, and who I am as an artist likes to evolve as a musician constantly. I never like to make the same thing twice.

I think, on one hand, it was really frustrating for fans who really loved the sound of 'Pumped Up Kicks' and expected the whole record to sound like that. But on the other hand, I feel like a lot of people also related to the other songs off the record as well and I would say that that’s what gave us a career.

If we made songs that sounded the same over and over again, we wouldn’t be able to survive in this industry. The record sold over 2 million copies and I don't think that would've happened if it all just sounded like 'Pumped Up Kicks'. But we are grateful that 'Pumped Up Kicks' opened up the door to more people to get introduced to our music."

Your debut record, Torches, debuted at Number 8 on the Billboard 200. What was that like?

It was a dream — the whole thing was like a dream. The whole thing was something that I had worked so hard to achieve for so long. I was delivering pizza and sleeping in my car or on couches at my friends’ places, and then to release a debut album and for it to do so well, it was insane.

It’s a hard thing to explain but it changed my life. The greatest thing is that this whole thing gave me the opportunity to make music for a living. I think any artist or musician who is able to make a living off being creative is incredibly lucky."

With your debut record, you scored two Grammy nominations — things were really taking off at an early point in the band's career. At any point, did it all get too overwhelming?

It was a constant stream of like three hundred people a night and at the end of that tour, we walked out onto stage at Coachella in front of fifteen thousand people. That’s a pretty big jump and I think the first two years were just a huge compilation of new experiences. We couldn’t really catch our breath. We kind of just had to jump into the fire and get accustomed to the whole thing." 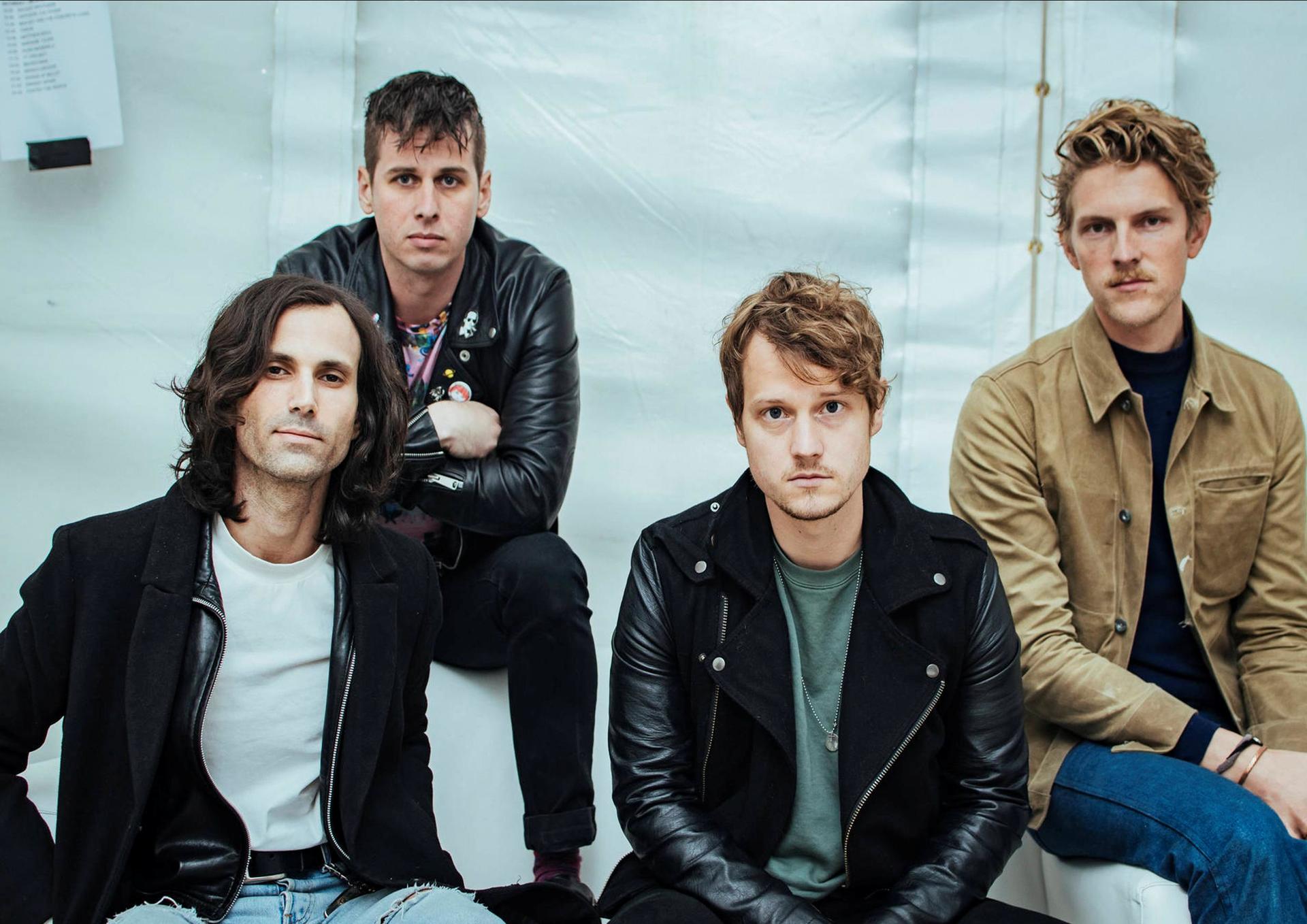 I think, on one hand, it was really frustrating for fans who really loved the sound of 'Pumped Up Kicks' and expected the whole record to sound like that.

But on the other hand, I feel like a lot of people also related to the other songs off the record as well and I would say that that’s what gave us a career."

— Mark Foster (second from left), on dealing with fans' expectations following the success of their first radio hit.

What were some of the changes you made during the recording of your second record, Supermodel, as compared to working on Torches?

2017’s Sacred Hearts Club was the first record to not feature Jacob Fink (bass/synths). How different was the whole recording process without him?

I mean, I would say that with Sacred Hearts Club, most of it was written by myself and Isom Innis. I wrote Torches by myself, and Supermodel I wrote mostly with Paul Epworth. We’e never really been a band that sets up all their equipment in a room and work on things together. We work better live.

For me, making a record has always been myself and the producer, and then we’ll bring in everyone else to work on the record once we have the outlines of the record planned.

It also depends an the kind of record that we’re making — I think if we wanted to make a rock record, we’d be in a garage with our instruments plugged in. But with this record, which is heavier on electronics and was more computer-based, it wasn't necessary for anyone else to be there. So it didn’t make a difference not having Fink around for the recording process."

How was it like working with Ryan Tedder on 'Doing It For The Money'?

Ryan’s been a friend for a long time and 'Doing It For The Money' was really a song that we had initially written for Lupe Fiasco around five or six years ago. For some reason, Lupe didn’t use it.

When we were going through our old demos and looking for tiny bits of inspiration for the new record, Isom actually came across it and he suggested that we rework the song and that’s what we did."

In December of 2015, the band released the song, 'The Unforeseeable Fate of Mr. Jones' through BitTorrent, which is a far cry from what bands are doing nowadays with streaming services. Why did the band decide to release it as a torrent?

I think it’s fun when people receive and approach music in different ways. It’s a creative medium for our fans and it’s fun to figure out how you’re going to get something.

There are certain people out there who know nothing about torrents because everything’s available on iTunes and Spotify and all of that, so it’s a little adventure that they’re going on when they find out the song’s going to be a torrent and they need to figure out what that entails and how to get it."

What do you have in store for your show in Singapore in January and what’re you most excited for apart from the show?

I’m really excited to hear the new record live, I feel like Sacred Hearts Club is an album that really takes on its true form when it’s played live. In fact, I would prefer if people heard it live first before listening to the studio recorded version. The songs just translate better live.

Other than that, I’m just excited to be coming back to Singapore, it’s been a few years and hopefully we’ll get a little bit of time to explore the city and do all the touristy stuff."

Foster The People will be playing at Zepp@BIGBOX on 30 Jan 2018. Get your tickets here. 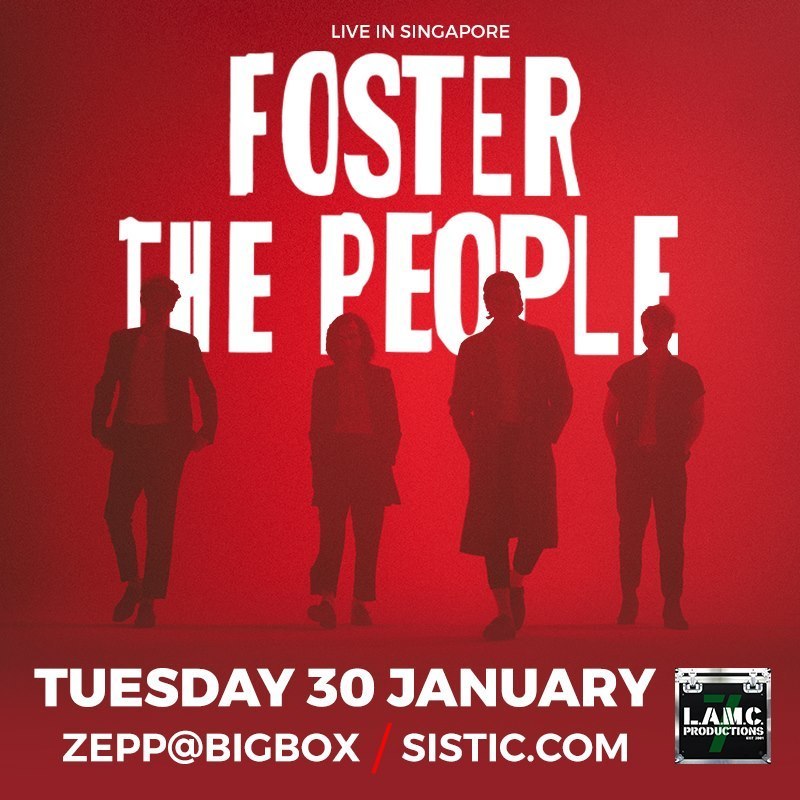