In Part One of this two-part interview series, we look back on live music photographer Eddie Boy Escudero's work throughout the '90s.

I stumbled upon Eddie Boy Escudero's live music photos a few years ago on social media. I had a college blockmate, Juane, who was a sports photographer at that time and shared the same last name, so I asked, "Hey, is Eddie Boy your dad?" He said yes and from then I found out that his dad was part of the vibrant '90s live music scene in Manila. He grew up surrounded by music legends, with Cynthia Alexander as his next-door neighbor, and the likes of Joey Ayala and Rizal Underground hanging out at their house on nights without gigs.

Prior to the quarantine, our editorial team had planned to interview the older Escudero in his Quezon City home surrounded by his massive photography archive. "We had walls like 4 big bookshelves of his negative folders. Yun nga lang, 1/5 of them got destroyed nung Ondoy," shares Juane.

In the past couple of weeks, Eddie Boy's nostalgic photos have been making the rounds on Facebook and we decided to get in touch with the man behind the lens for the stories of the '90s music scene.

"I've worked in the music industry since 1978, bought my first camera in 1983 in Singapore where the showband I was managing had a 3-month gig, and finally learned how to use it when I joined a camera club in 1993," Eddie Boy tells us about his beginnings. "Photography became a passion after that. I shot anything and everything and got better at it. Before I knew it, I was shooting album covers, concerts, weddings, parties, you name it."

He retired from music after 18 years, with a despedida at Club Dredd which aired live on NU107. "My career in the music business ended in 1996 when I decided to become a photographer fulltime."

"He was the only one with a camera back then," recalls Eraserheads drummer Raymund Marasigan as he shares some of the stories behind the photos.

From covering shows at Club Dredd, concerts by the Eraserheads, and the iconic NU107 Rock Awards, Eddie Boy gives us a peek into what the scene was way back when. 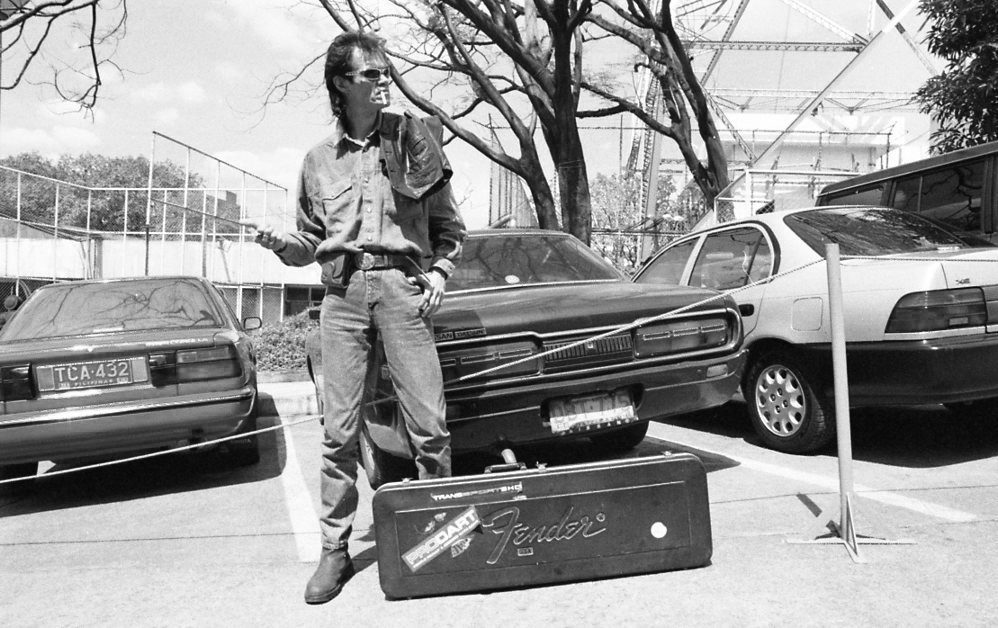 Pocholo Concepcion, his manager, had this idea to have a pictorial with movie superstar, Richard Gomez. We shot in ABS-CBN in between Richard's takes. I shot this picture after. " 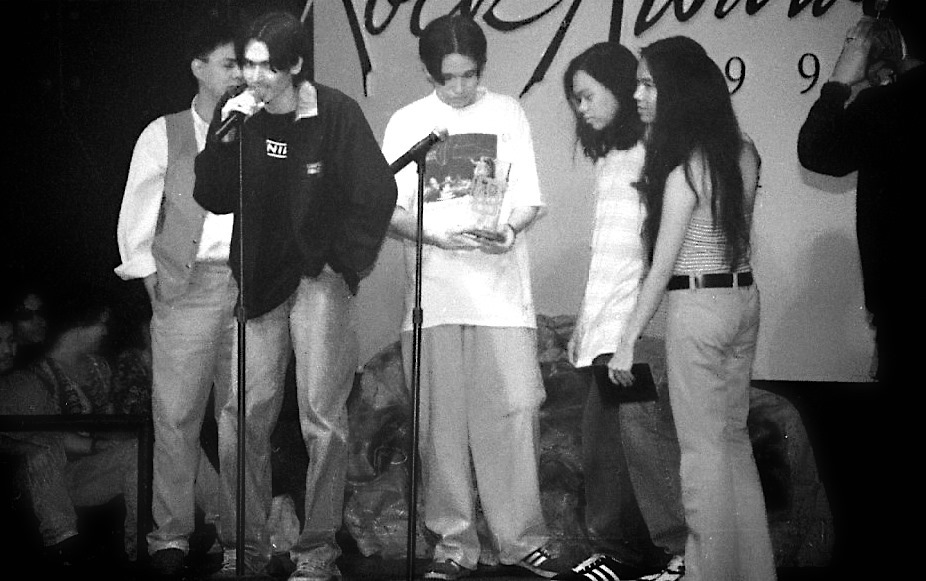 That's the 2nd NU107 rock awards. We were asked to perform 'Laklak" as an opener, I think. We were surprised that we got to take home the Song of the Year Award. Sabi kasi tugtog lang so akala namin tambay and drinks lang. 95 or 96 yan, we were probably 16 to 18 years old during that time and sindak kami with the presence of all the senior musicians during that event. It's a first for the group.  I think Glenn was not feeling too well that time as you can see, payat nya dyan. [His] health [was] starting to regress going to our hiatus cause of his condition the following year. 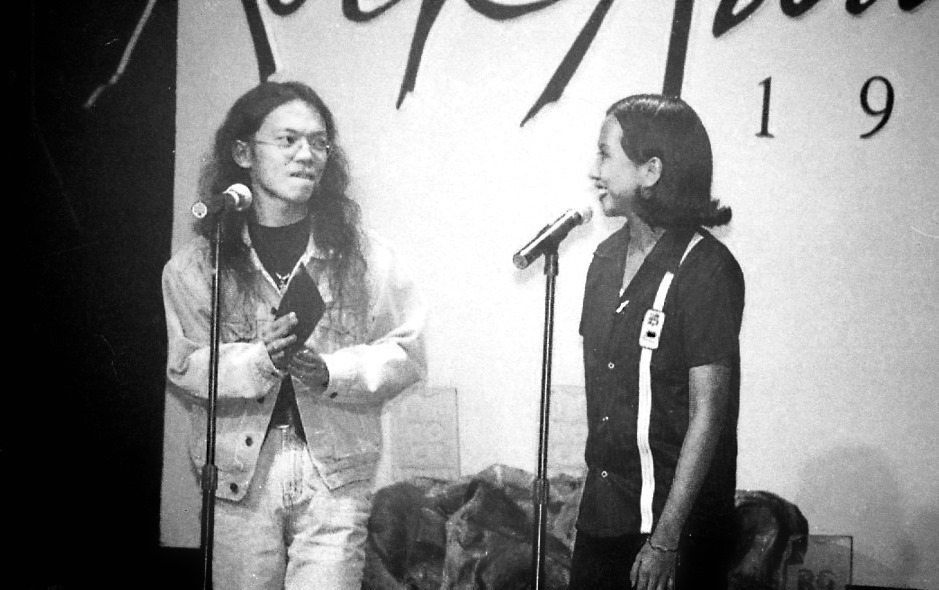 NU107 was one of the reasons Pinoy rock thrived with help from venues like Club Dredd, Mayrics, and 70's Bistro where the bands could be heard." 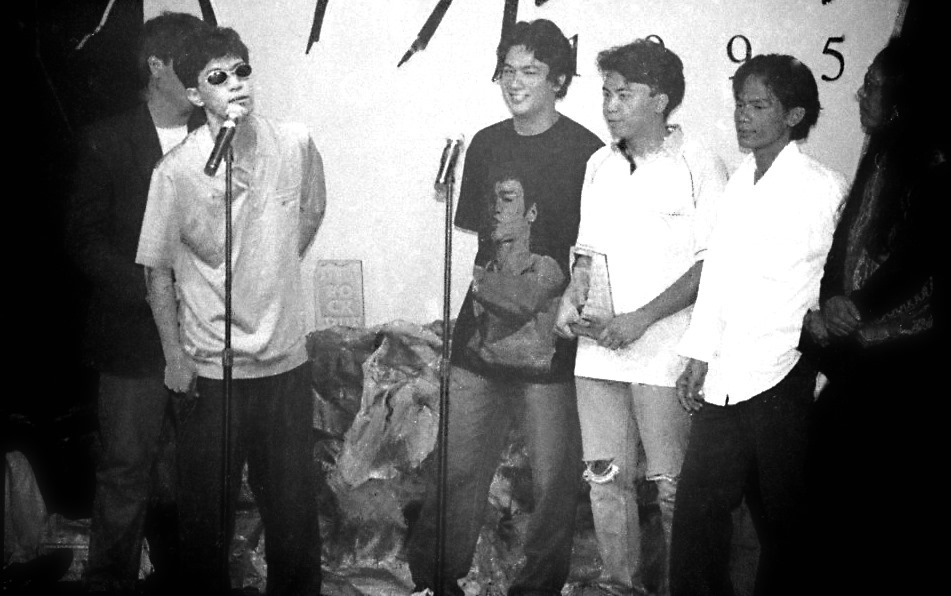 We were the new kids. We were outsiders we weren’t considered cool or at least it wasn’t cool to like us cos [sic] we were popular in the mainstream. This was at the Music Museum and someone even took our seats. We were just drifting around in the place. Keeping to our friends. I used to dread winning awards cos [sic] we were booed for winning too many." 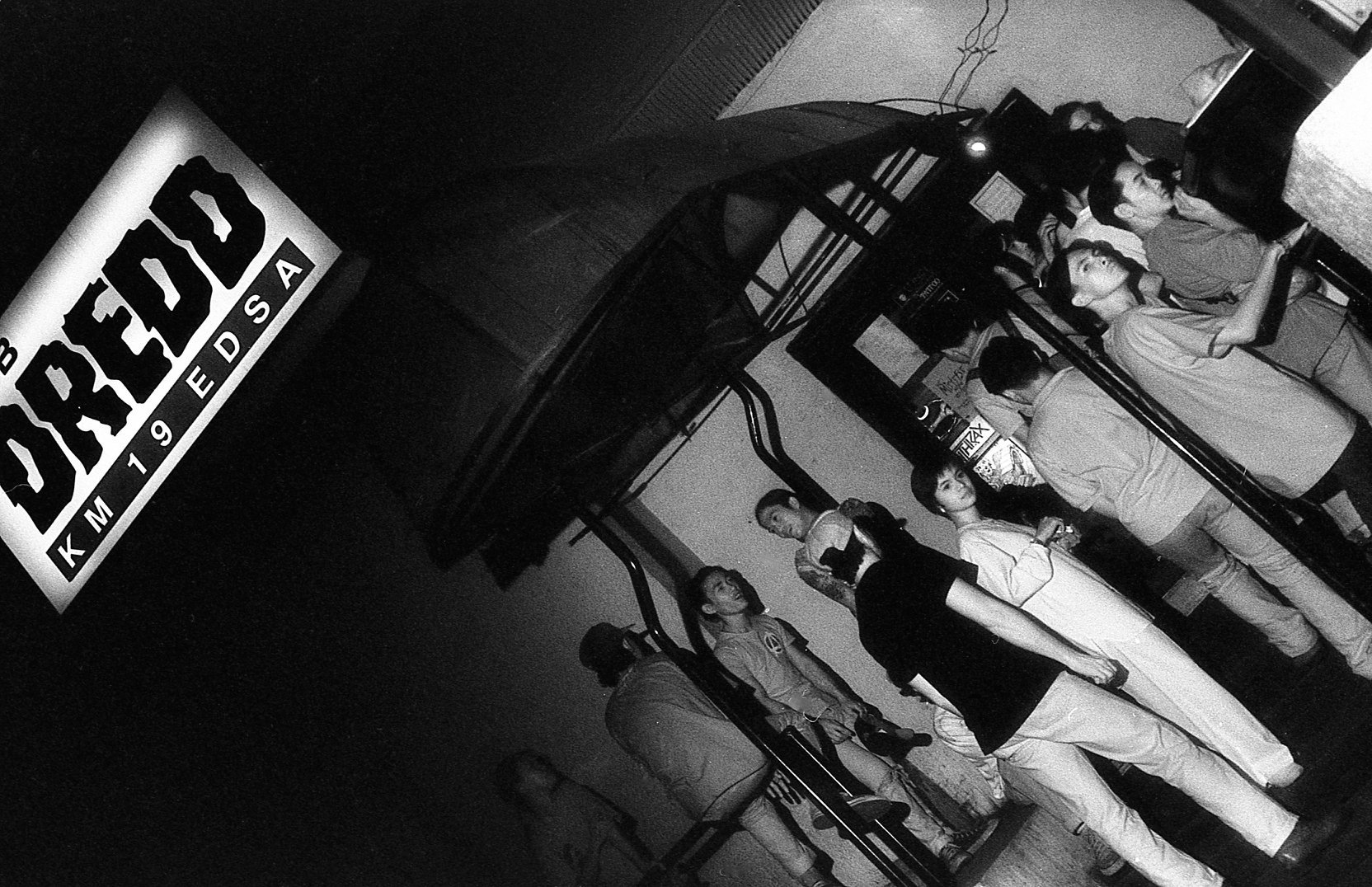 This was the opening of Club Dredd Edsa. I was always at the first Club Dredd on Timog and that was where I discovered all these new bands that popped up from out of nowhere. Many of them had their own unique sound and styles which wowed me. I already knew most of the oldtimers but the newcomers proved to be really amazing. Before you know it most of them have record deals and are selling platinum!

The regulars became one big family. Most of us are still friends to this day." 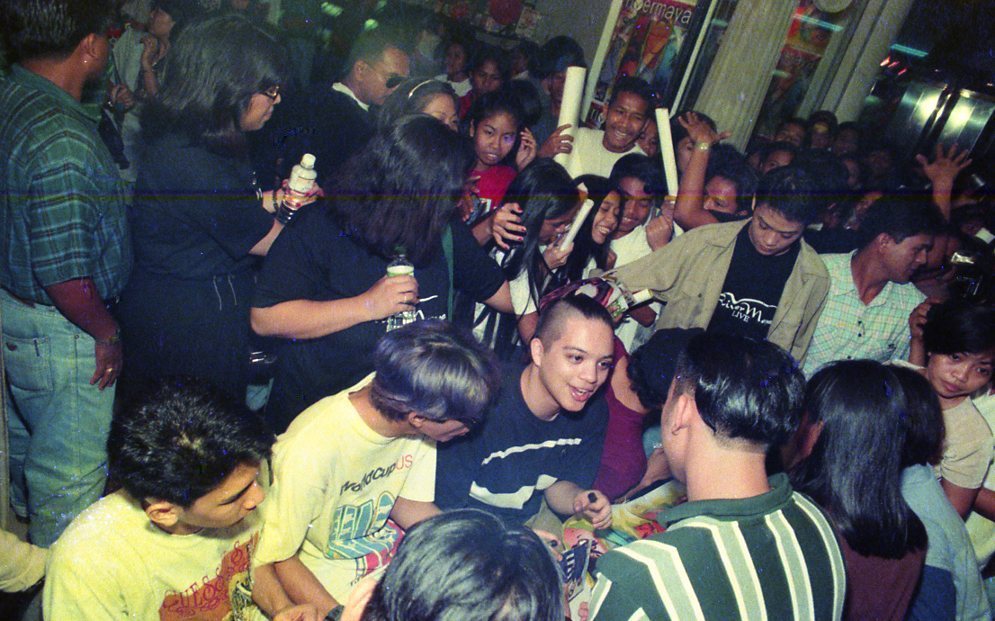 This was one of their record bar tours organized by their record label, BMG. They had just released their album, Trip." 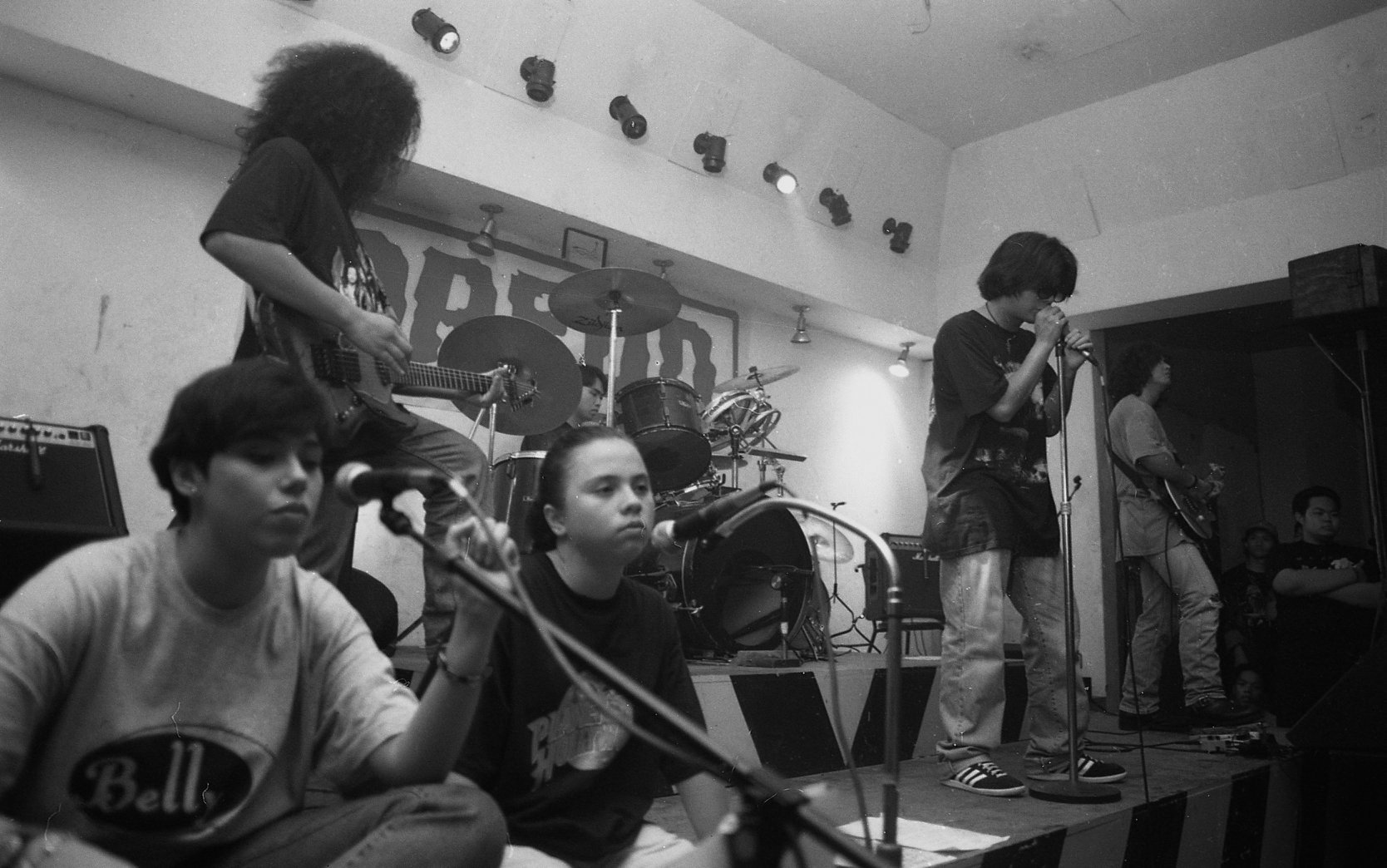 Among the bands that were raking it in, Francis was among those in the very top. He could fill up much larger venues, but always made it a point do a show in Club Dredd, because this was the Pinoy Rock Mecca." 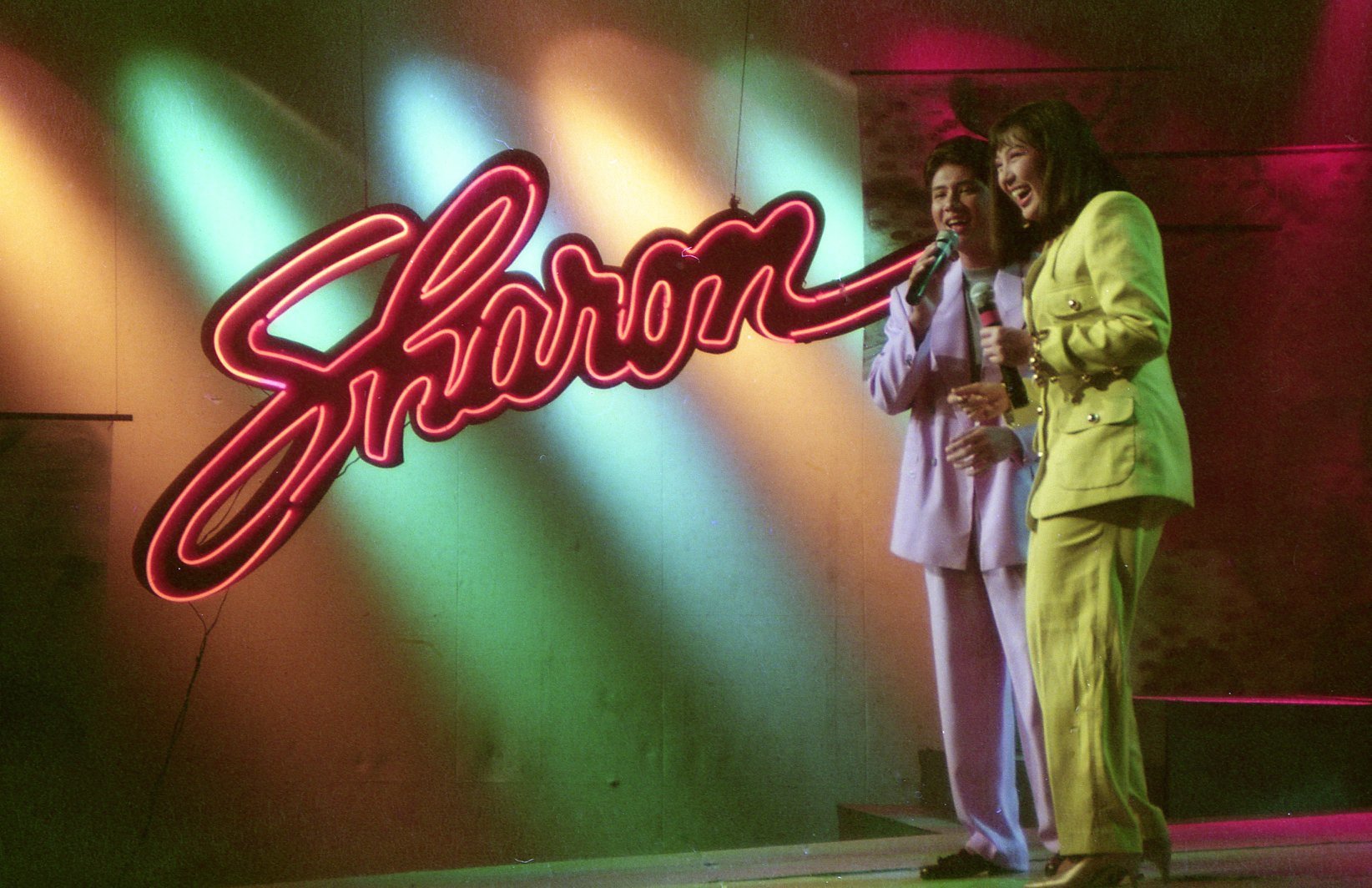 It was standard practice for all artists to appear on TV to promote a show or record, or just appear if invited to guest. Sharon's show was one of those that my bands/artists would appear in. Hers must have been among the top rating shows of that period. To appear there was a privilege." 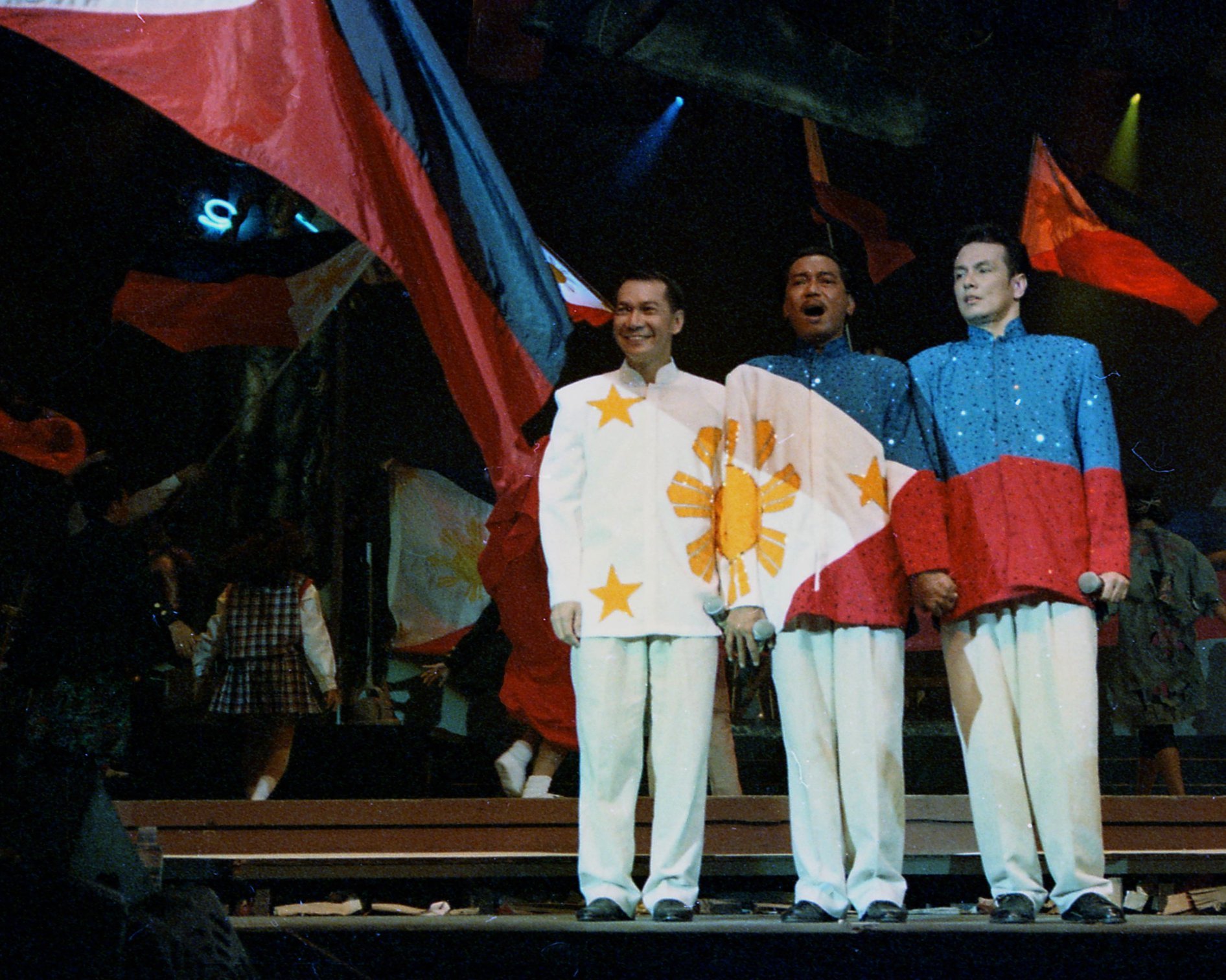 My first job in 1978 was with JEM Recording, INC., and the three APO's were managers there, and artists of the label, too. I was their production assistant then and worked with them again in the late '80s when I joined their management company, Thirdline Productions." 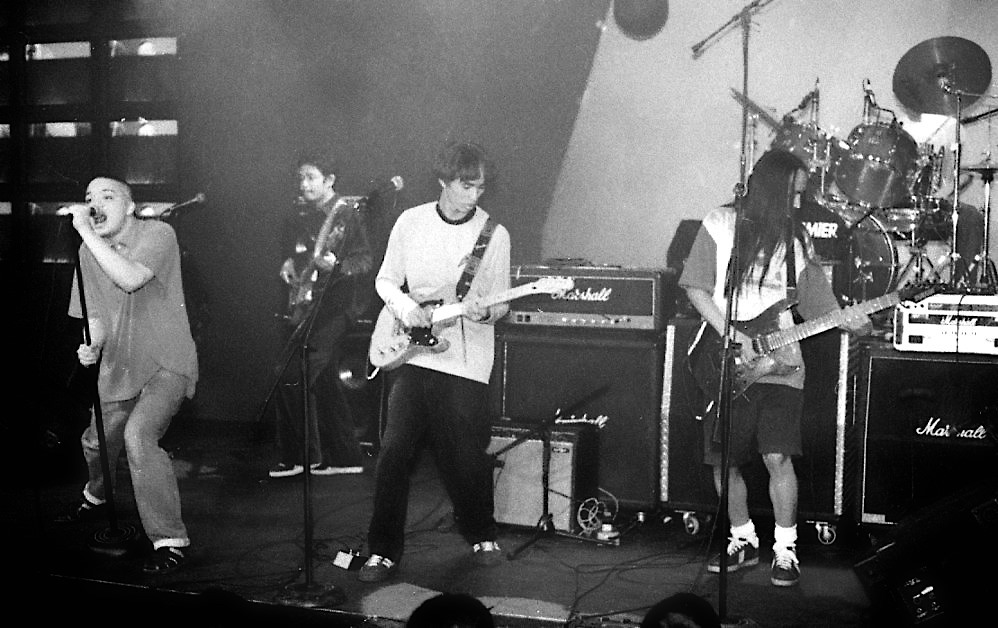 Rivermaya at the NU107 Rock Awards

Their manager, Lisa Nakpil, had a PR agency and was one of my clients so I got to shoot most of their gigs for her." 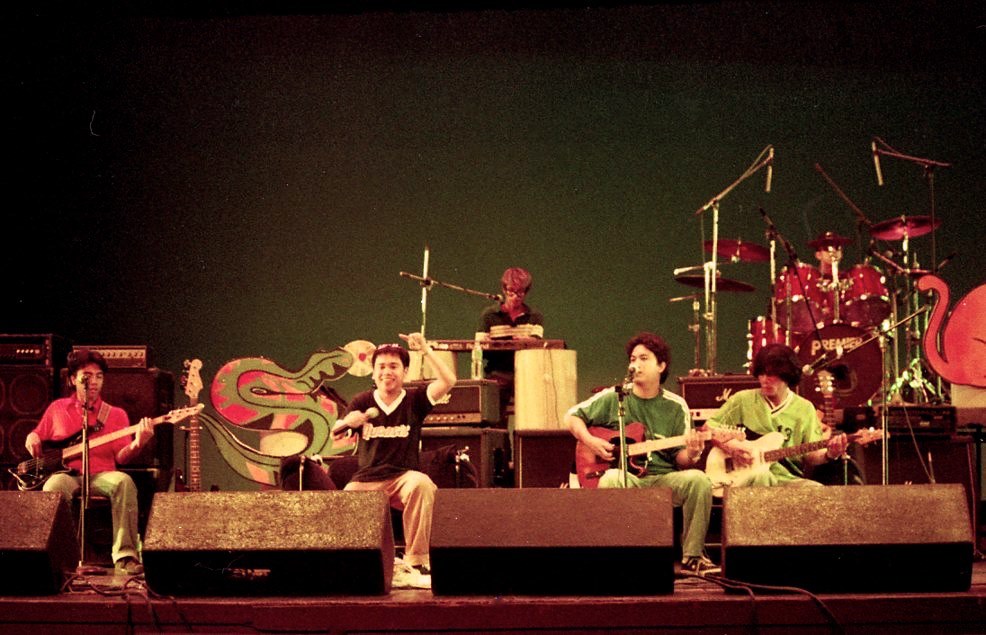 I had asked their manager, Ann Angala, if I could shoot their concert and she acceded to my request." 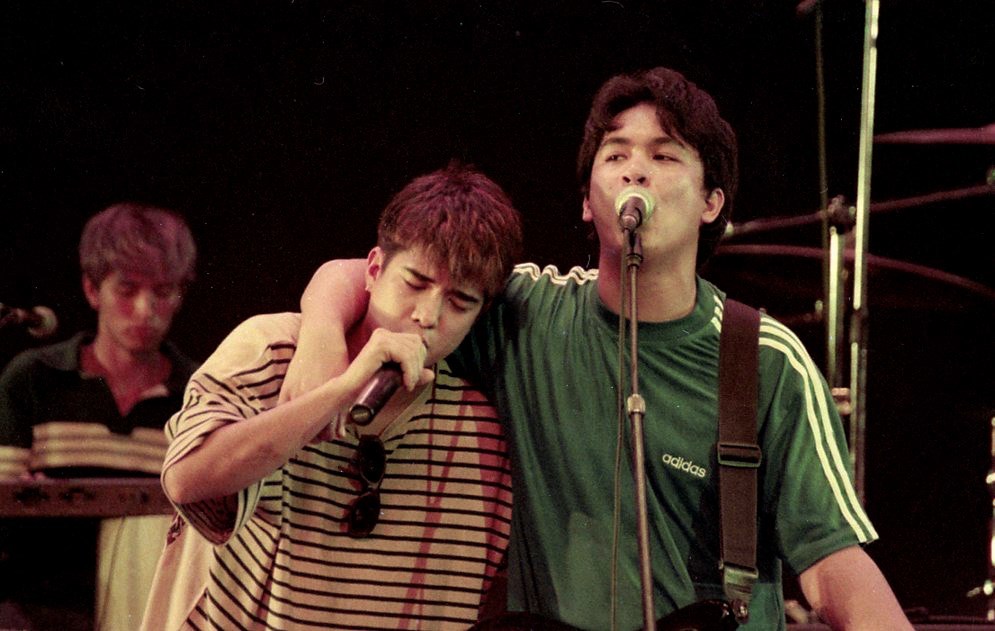 Mastaplann was also there I think. Rap was not supposed to join rock at the time. But we didn't care. We loved Mastaplann and Francis M." 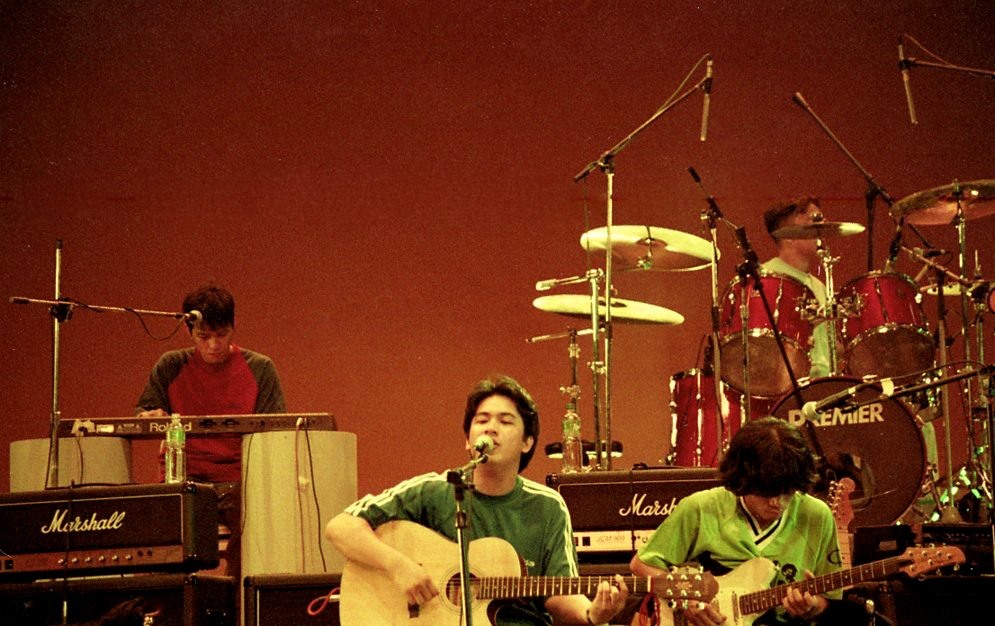 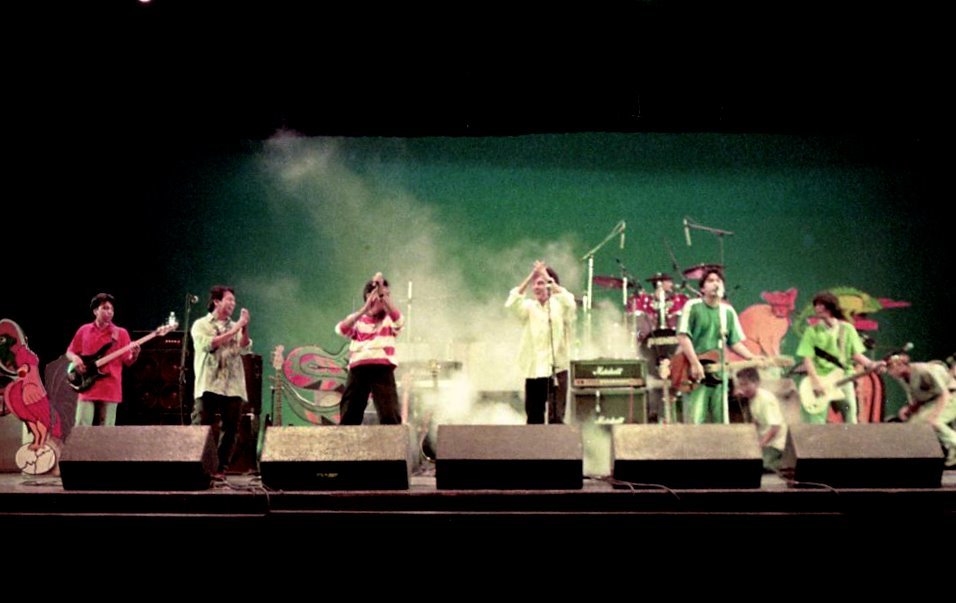 APO Hiking Society and The Eraserheads 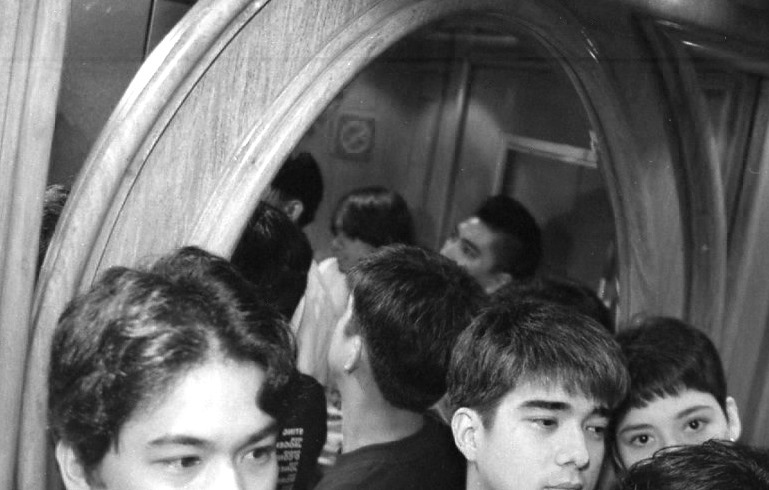 BMG was going to come up with an album to commemorate the country's 100th year. The Eheads, Francis, and Introvoys were going to be part of that album." 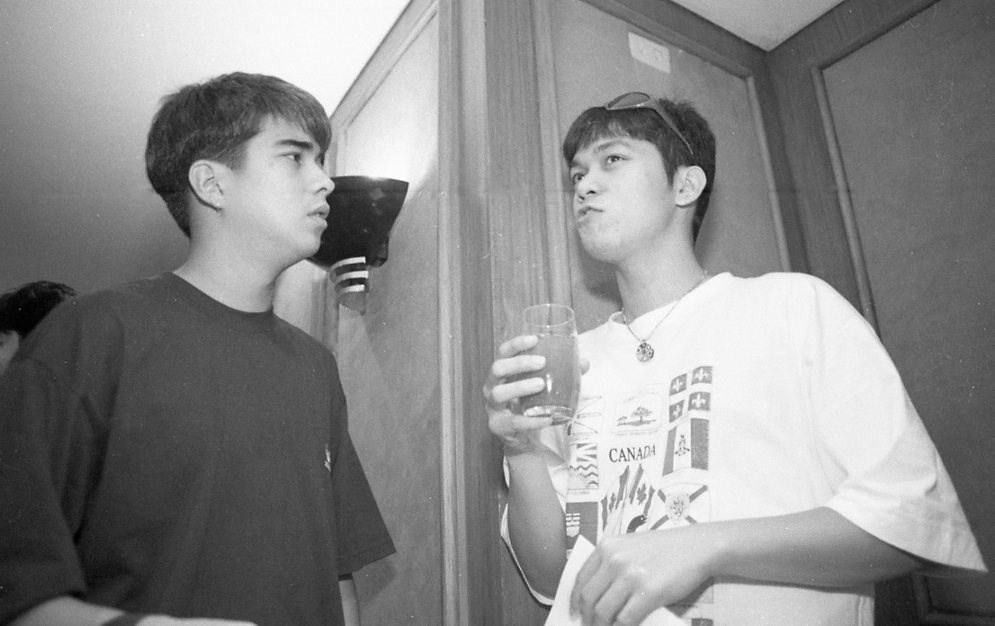 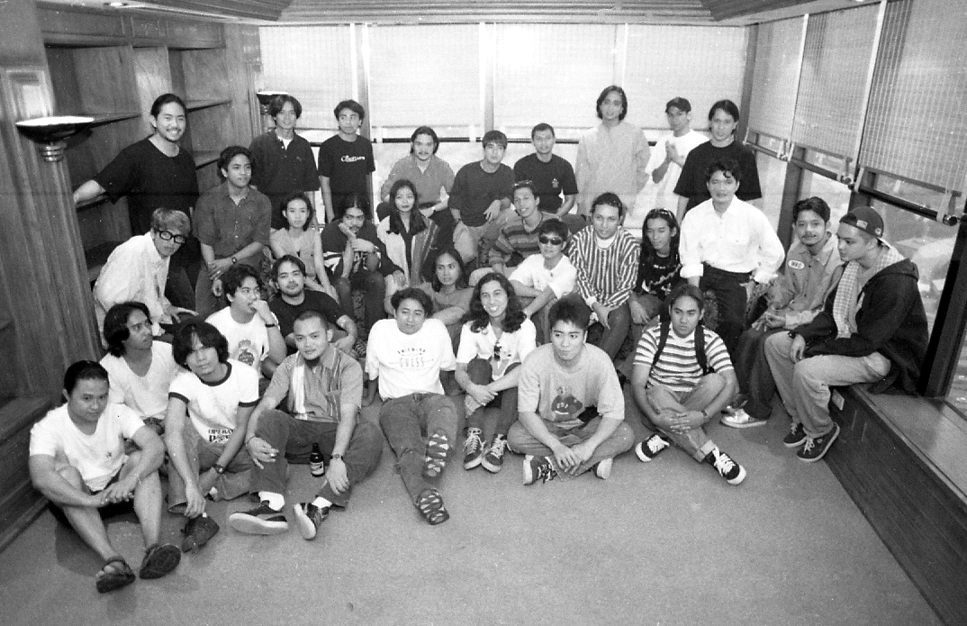 Upon seeing the warm reception met by his throwback photos, Eddie Boy remarks, "Glad my negatives are making many feel positive."

Read Part Two of this two-part interview series with Eddie Boy Escudero and his work from the '90s music scene.