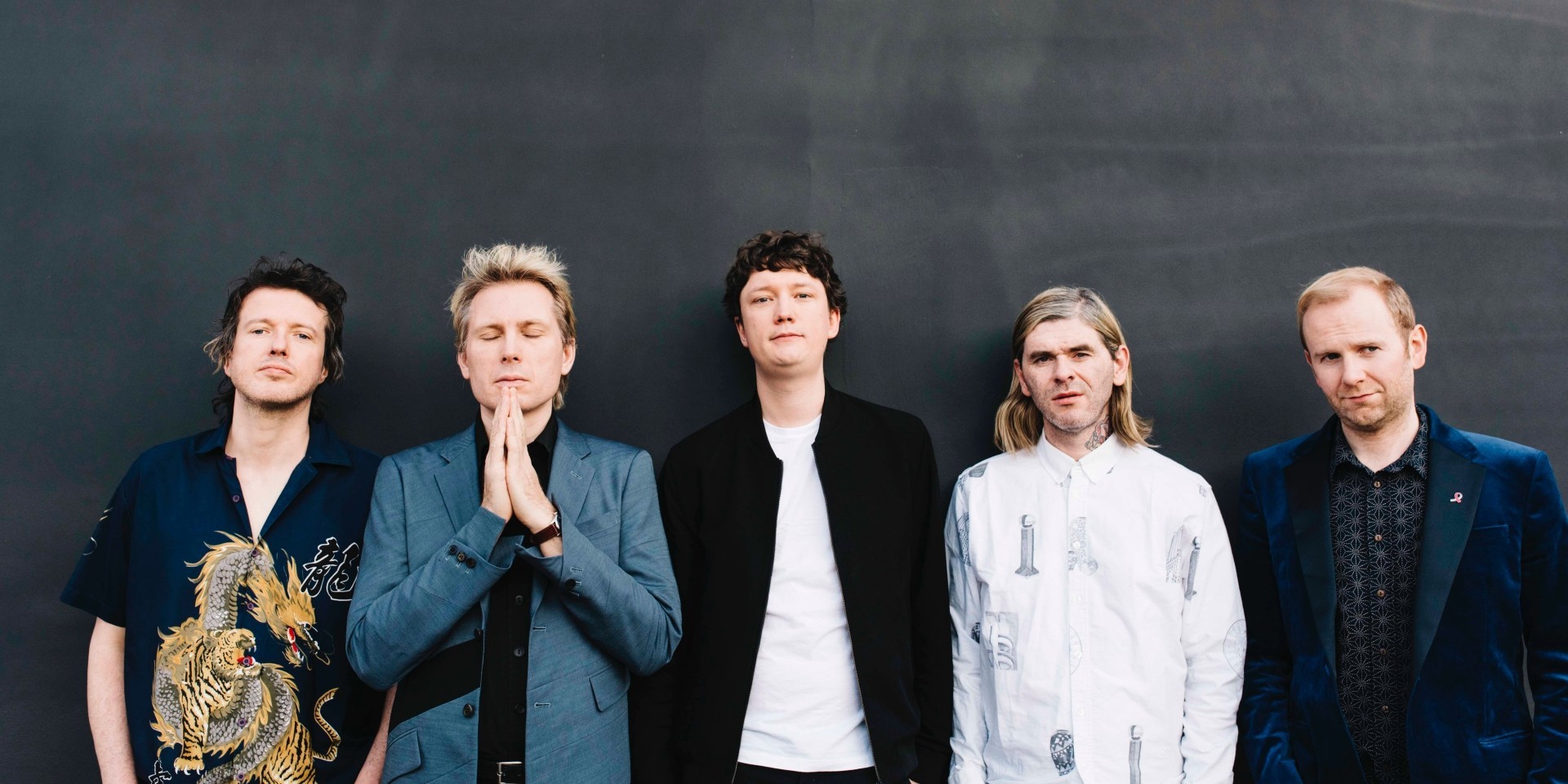 Dance music for people that are dance-shy is a much less crowded lane than its less quirky opposite. But throughout its almost-two-decade-long career, Franz Ferdinand has been that rare band able to dashingly and reliably square the circle of club-friendly dance music with consciously rock moves. The Glasgow band’s best songs have the lightning-quick pace of a nervous glance shot across the dance floor, which, apparently, is the site of self-discovery and personal reckoning. But Alex Kapranos and co. made it ok for you to flail your arms around like you just don’t care – that was the whole point.

This time around, years removed from ‘Take Me Out’, the band sips more freely than it ever has from the founts of house and disco for its sixth full-length statement, for a whole new dimension of funked-out, stylised, hyper-modern pop.

Ahead of the band’s upcoming headlining show here next week, bassist Bob Hardy tells us more.

How do you feel about playing in Singapore again?

The last time we played there was way back in 2006 and we're really looking forward to coming back after so long.

We're really excited to look around. It's been a while and my memories of Singapore are quite hazy. We have a fan, Sasha, who lives in the United States, but she was from Singapore and she's going to send us a list of things to do while we're there. It's where she grew up so she knows the place quite well.

Five years separate Right Thoughts from Always Ascending. What were you up to in that time?

After touring for Right Thoughts, we returned home, and less than a week later, we elected to start work on the record we wrote with Philippe Zdar. So it was pretty much straight into rehearsal rounds in the studio to make the new album. The album came out a few months after and we started touring the following year. After the tour was finished, Mick, Alex, Paul, and myself started writing Always Ascending. We were quite busy the whole time. We had a few weeks off and the boys went home – that's real life, you know. But we were all kind of working on music the whole time.

You had Julian Corrie on board this time, substituting for Nick McCarthy. What was it like to have an "outsider" come in for the first time and work with the band?

It was actually very natural. A mutual friend suggested that we should meet with Julian. He came down to the studio and we played him what we were working on. We created songs together and it just clicked very quickly. It was all very natural, which was a great sign.

Franz Ferdinand has been together almost 20 years. What's it like when you get into the studio, now? Are you all able to read each other's cues or is it a new experience every time?

We got to know one other very well. I’ve grown as a musician since we’ve started. For instance, I’ve learnt how to play along side Paul; I play the bass and his part is playing drums. When we started work on the project with Sparks, by having Ron and Russell in the room, it was the first time I wasn't just only working with Alex, Paul, and Nick. It was a big deal to me. I was going to have to learn to be able to work with them. The experience set up finding new musicians to work with after Nick left. But with Julian, it seemed like less than a big deal, because working with Ron and Russell was firm. So it was a good thing it happened.

In a press release, Alex said that he wanted the band to “make dance music but play as a raw band”. What specifically do you like about dance music, personally?

We've always been a band that makes dance music as a live band. For the very first record, we borrowed arrangements and structures from electronic dance music. When we got the band together, after band practice we would go to a club. At that time in Glasgow, night clubs and dance music were the most exciting part of the music scene. Everyone was just hanging out in clubs so that kind of informed the kind of the way we were making music. 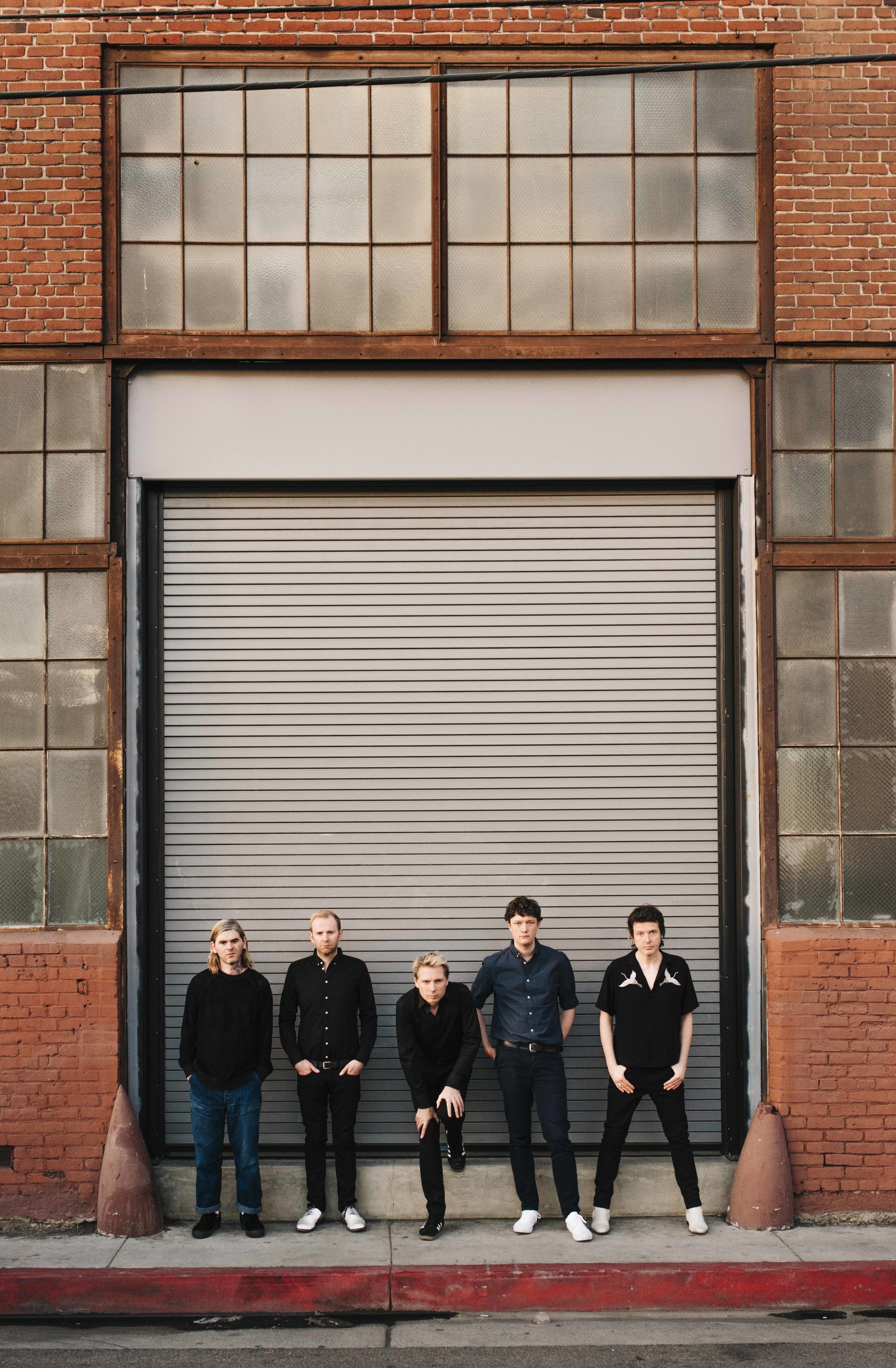 And how did you approach dance music this time round?

Well, I guess, we pushed it further, this time. When we were writing the record, we were using technology more widely associated with dance music. We are a live band but our sequencing would be heavily edited. What we did is to use the program, Ableton, that dance music producers would use. We used synthesisers during concerts, but when it came to recording, we would play them on the set box. And when we sequence all those demos, our producer would actually play them with his hands which was a big part of creating the idea of a live band.

Franz Ferdinand is one of the biggest indie rock bands of all time. From someone who is from what can be regarded as an institution, what does it mean to be in an indie band in 2018?

I just enjoy playing music. As we go on as a band, I enjoyed that more and more. I don't think it's my job to place us culturally. That's the job of the journalist, my friend.

Franz Ferdinand will perform at Zepp@Big Box on Wednesday, 21 November 2018 at 8.30pm. Advance tickets priced at S$99 (excluding booking fee) are now on sale. Tickets at the door will cost S$120. Get your tickets here.