Widely regarded as the leader of a new wave of "freak folk", Banhart is famed for his soulful tunes that mix acoustic sounds with optimistic, lighthearted and often odd lyrics that are hard to make sense of. Just take one of his famous lines, “My toes have my favourite feet”, from the song 'Michigan State'.

Banhart came to international attention in 2002 with the release of his debut album Oh Me Oh My…, a collection of 21 songs he composed for himself that showcased his intricate finger-picking and playful lyrics and captured the hearts of many. His last album was 2016's Ape in Pink Marble.

Georgeson has been a long-time collaborator of Banhart, having produced four of his albums (including Ape in Pink Marble) and co-written a number of songs with him. He also often tours with him as a member of his band. Georgeson has also worked with Joanna Newsom and Cate Le Bon, among other musicians.

Devendra Banhart and Noah Georgeson will be playing at The Projector on Thursday, 14 June at 7:30pm. The show is promoted by Symmetry Entertainment. Tickets are priced at $65 and are on sale here. 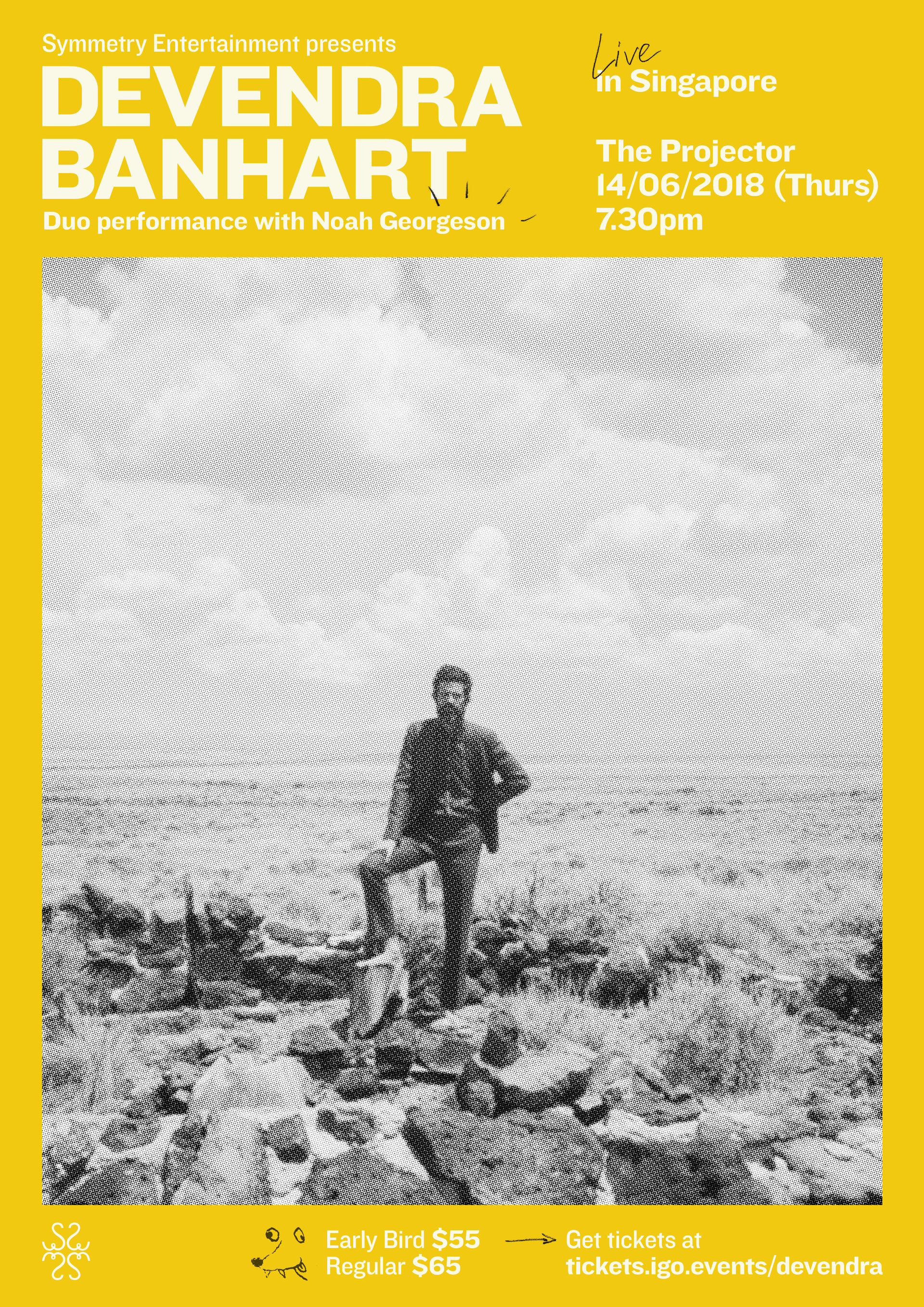