This is the trailer for satirical-action-comedy The Interview, starring our two favourite goons James Franco and Seth Rogen. Goofy as they are, this laugh-out-loud film has caused quite a lot of controversy of late. Well, it could be because the film is about a fictional plot to kill North Korean leader Kim Jong-un.

When Team America: World Police came out a decade ago, they made a mockery of Kim Jong Il - but the North Korean regime did not issue threats of any sort. Maybe because it is essentially an entire film about... dolls. Today, the Democratic People's Republic are playing cyberbully, reacting quite severely to the film where James Franco and Seth Rogen are hired by the CIA to assassinate the charismatic North Korea leader.

To date, someone took major beef with Sony Pictures and hacked into their computers, exposing internal gossip and downloading five Sony films, including those yet to be released. A threat to blow up cinemas screening the film was also announce by the hackers. The panic about the mess it caused let to escalating tension in Hollywood and in turn, five large movie chains in North America have refused to screen The Interview, slated to be out in cinemas this Christmas day - something that hasn't happened to a major-studio film. 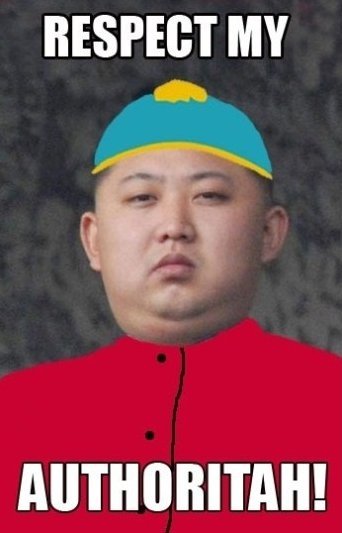 The message from the hackers:

"We will clearly show it to you at the very time and places “The Interview” be shown, including the premiere, how bitter fate those who seek fun in terror should be doomed to.
Soon all the world will see what an awful movie Sony Pictures Entertainment has made.
The world will be full of fear.
Remember the 11th of September 2001.
We recommend you to keep yourself distant from the places at that time.
(If your house is nearby, you’d better leave.)
Whatever comes in the coming days is called by the greed of Sony Pictures Entertainment.
All the world will denounce the SONY."

Even Mitt Romney got involved in the scuffle and recently suggested that the movie be released online for free, and to encourage viewers to donate to fight Ebola. We're no Romney fans here, but dude's actually making sense. Here's how: the hackers had already made an explicit threat against theatres who screen it. If Sony releases and sells it online, then the hackers have nobody to target. People can hack the cooperation but they can't hack the internet.

First the movie has already been made and it would be a waste, especially for everyone involved to not even see it. And most importantly, with Sony handing the power over to the cyberterrorists by shutting down the Christmas launch, it only creates precedent for future scenarios. Whatever it is, we'll definitely be keeping tabs on this case. Plus with all this controversy, we really want to see the film now.

What do you think?