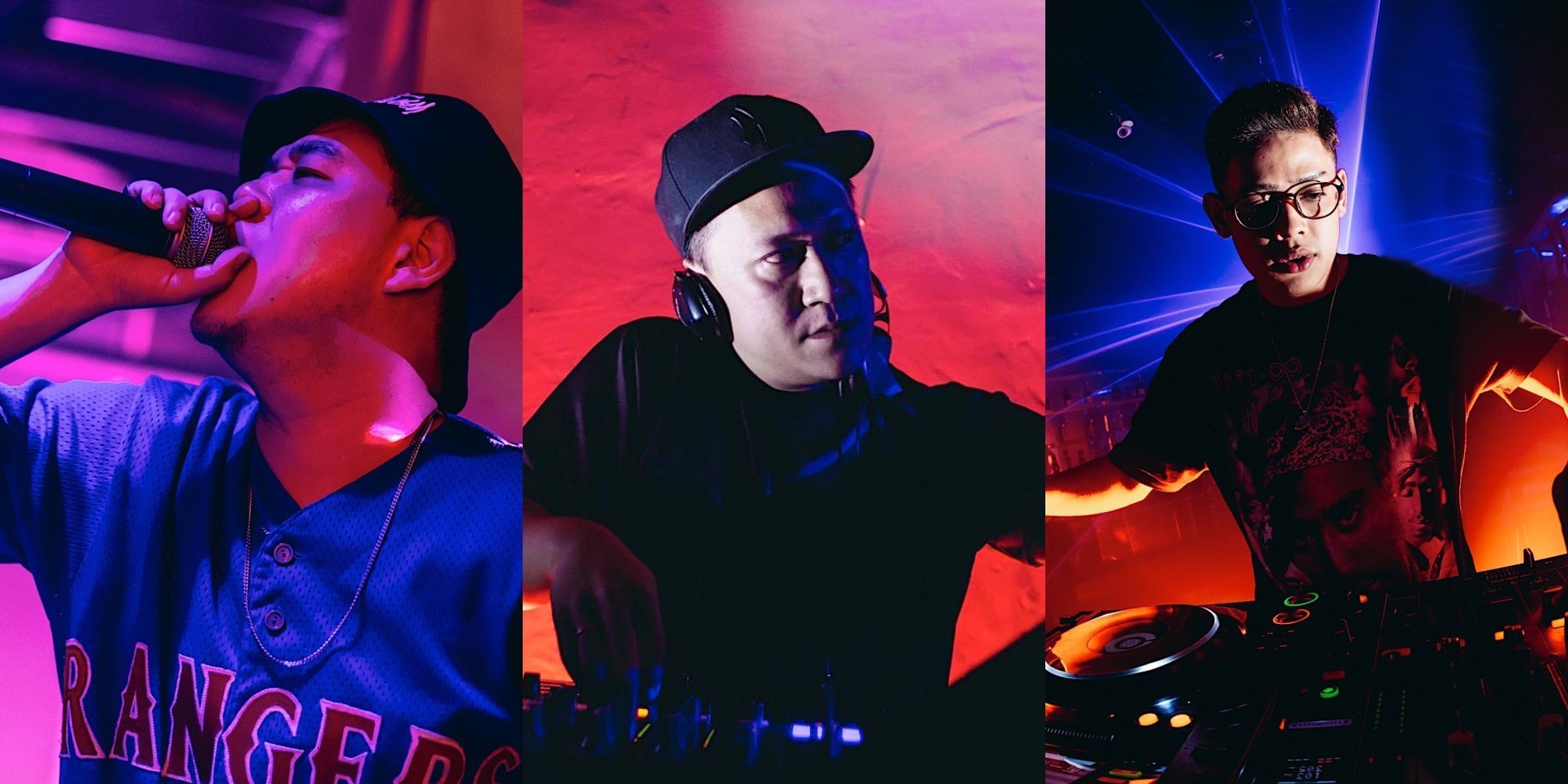 Four years later is four years better – Canvas turns 4 today. In the most transient of times, in a climate where customer loyalty is a spectacularly elusive proposition and the powers that be are as draconian as they are mercurial, and in the face of a mercilessly unforgiving industry, the club has not only managed the considerable feat of survival, it’s grown into the definitive destination where irresistible music and one-for-the-memories good times can be had.

The spirit and sounds of hip-hop have been pivotal to Canvas’ ability to outlast the competition. Recently, its much-beloved Friday hip-hop night The Bronx underwent a facelift and emerged as Sauce, with a mission to take its weekend-elevating thrust even more meaningfully further.

One of the most recent developments around Canvas is the rebranding of The Bronx as Sauce. What influenced that decision?

Mr. Boo: We go by a simple mantra: Evolve or die. The Bronx was already running for four years and after looking at all the other clubs in Singapore and doing our market research, we realised that we needed to inject something fresh into our hip-hop night. So we brainstormed ideas for a revival of our Friday hip-hop night. We called it Sauce because it works on two levels: 1) Sauce adds flavour, adds something special to food 2) Sauce is hip-hop slang for swag and style. I’ve also been using the hashtag #saucesquad for as long as I can remember, so the name was just meant to be.

SoundsOfFai: Friday nights are dedicated solely to hip-hop and we found that the sound we were playing was bit old school. We do that now, too. But now, the music also caters to the ladies. It was more male-oriented, last time. There was a lot of Wu-Tang, Pac and Biggie. We all felt that we needed a balance.

Kenneth: Yes. We needed something that would cater to a more neutral crowd and wouldn’t compromise the integrity of what the night was about. We also wanted to make it more fun, in that sense. It’s great when people can come to a club without feeling like they’re being judged. Vibe is very important. If you have the vibe, people will come and party. 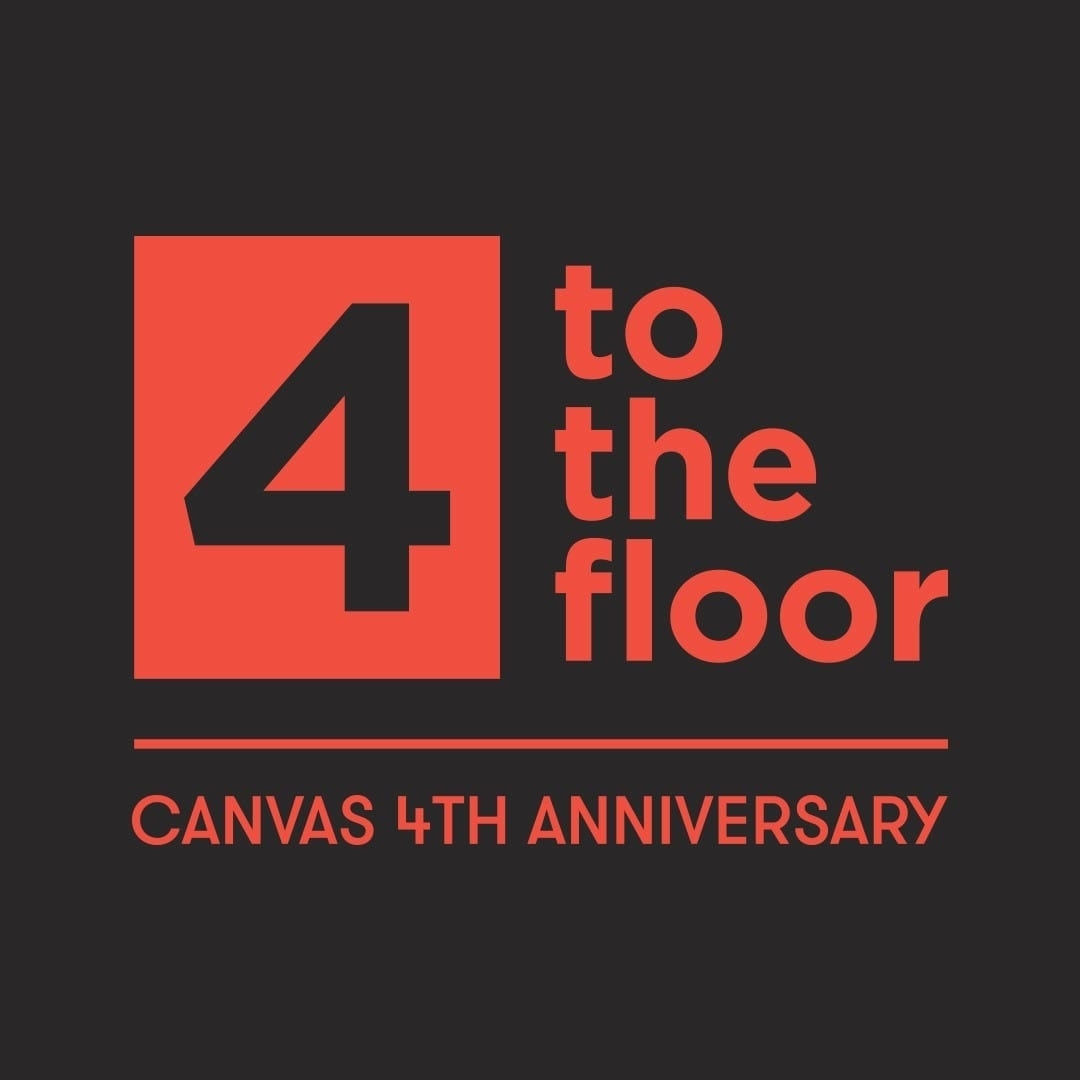 Were you apprehensive about losing the old crowd?

Kenneth: Of course. They were supporting us for so long. They were the base of what we’ve been building for years. Though we felt that changing things up was a good move, we were worried that we might lose those key people. They were our regulars. But the good thing is, a lot of them are coming back.

Mr. Boo: They are our foundation – when our Friday nights were starting out, they were there for us. As in any organisation, people are afraid of change until they come and experience it for themselves. But because the vibe is right and we’re selling the vibe correctly, our regulars came back. As Kenneth said, we changed the name but the spirit and integrity of the night remains. 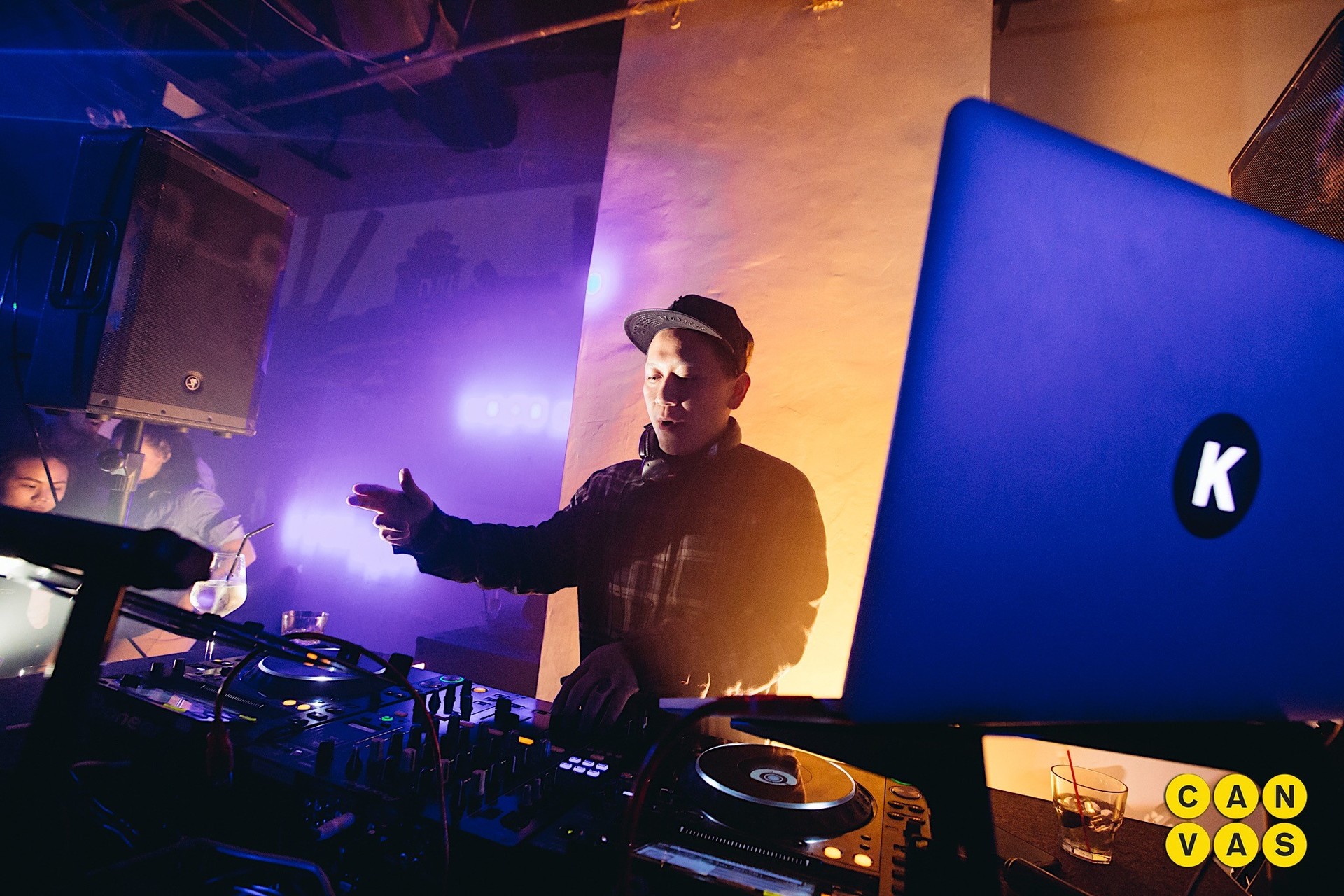 And how would you say Sauce is different from other hip-hop nights around the country?

SoundsOfFai: We are the only dedicated hip-hop night, that happens over the weekend, in Singapore, right now. So I don’t think we’re comparable to anyone. Also, we always keep it fresh at Sauce: Every week, we feature a different DJ. Mr. Boo and I still anchor the night but we have a few DJs on rotation across three weeks out of the month. Then, on the last week, we have Extra Sauce.

Mr. Boo: That’s when all the DJs who’ve played that month will come together for a bigger version of Sauce.

Kenneth: The idea is that, each DJ is a different sauce that we add to the mix. Each has their own vibe and sound. Individually and collectively, they fit in with the brand. 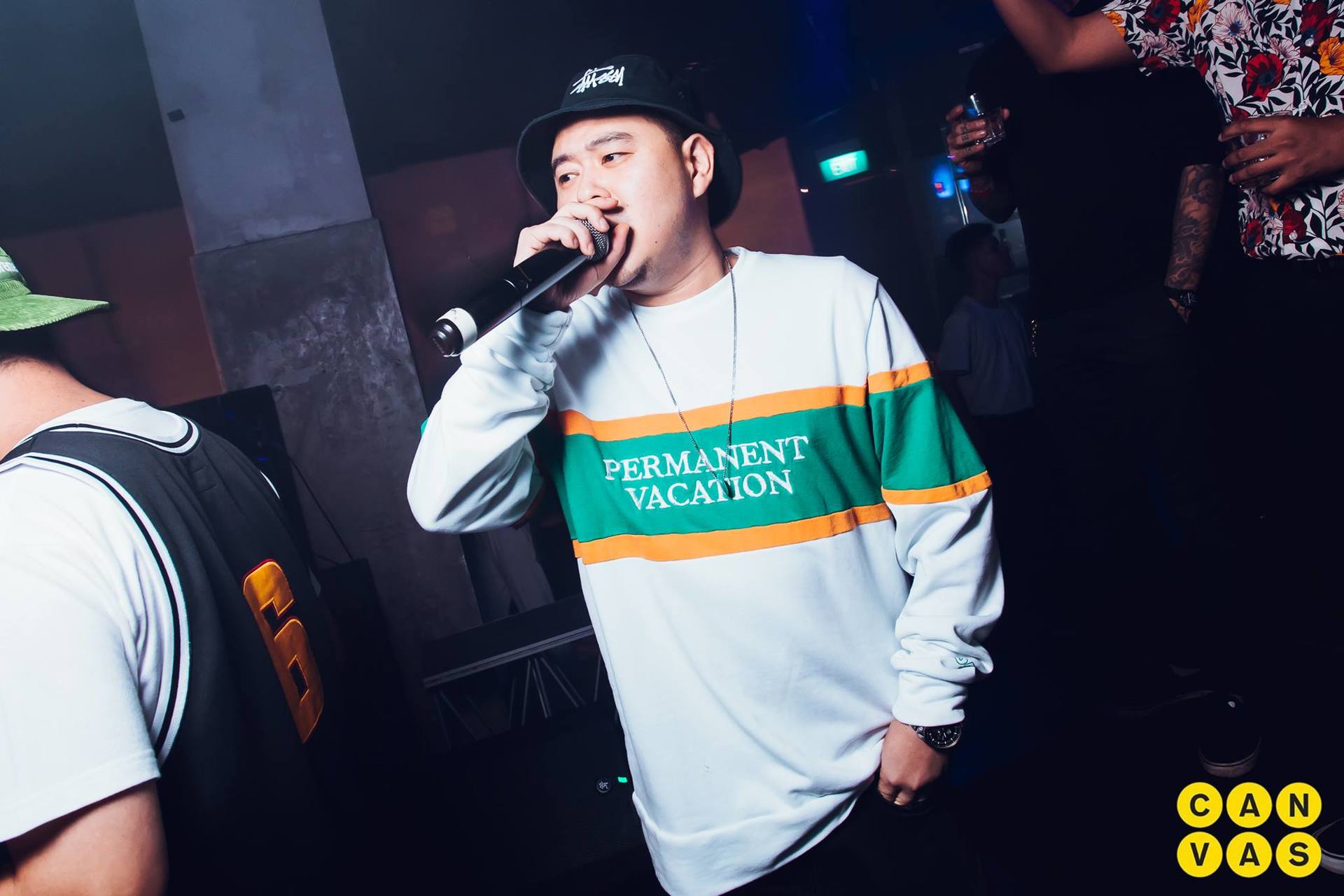 Mr. Boo: Well, I don’t think we should label it new school or old school. What comes to mind should be, urban. Whether it’s hip-hop, R&B or bounce, it’s all under that umbrella. All those sounds are on the same spectrum.

SoundsOfFai: With that being said, we don’t go too far deep into any one of those genres and sub-genres; we don’t go too pop, either. Hip-hop has evolved. It’s not just about rapping to the music but about vibing and dancing to it, as well.

Kenneth: One important thing to note is that Sauce brings different types of partygoers together, as well. You have the moshers and the ones who just want to drink and chill. That’s a good mix and it contributes to the overall vibe being what it is.

Mr. Boo: What we’re selling at Sauce is the experience. It’s what you’ll remember and talk to your friends about because you had an incredible time at Canvas that Friday night. We want to be responsible for memories like those. That’s the whole ideology behind Sauce. 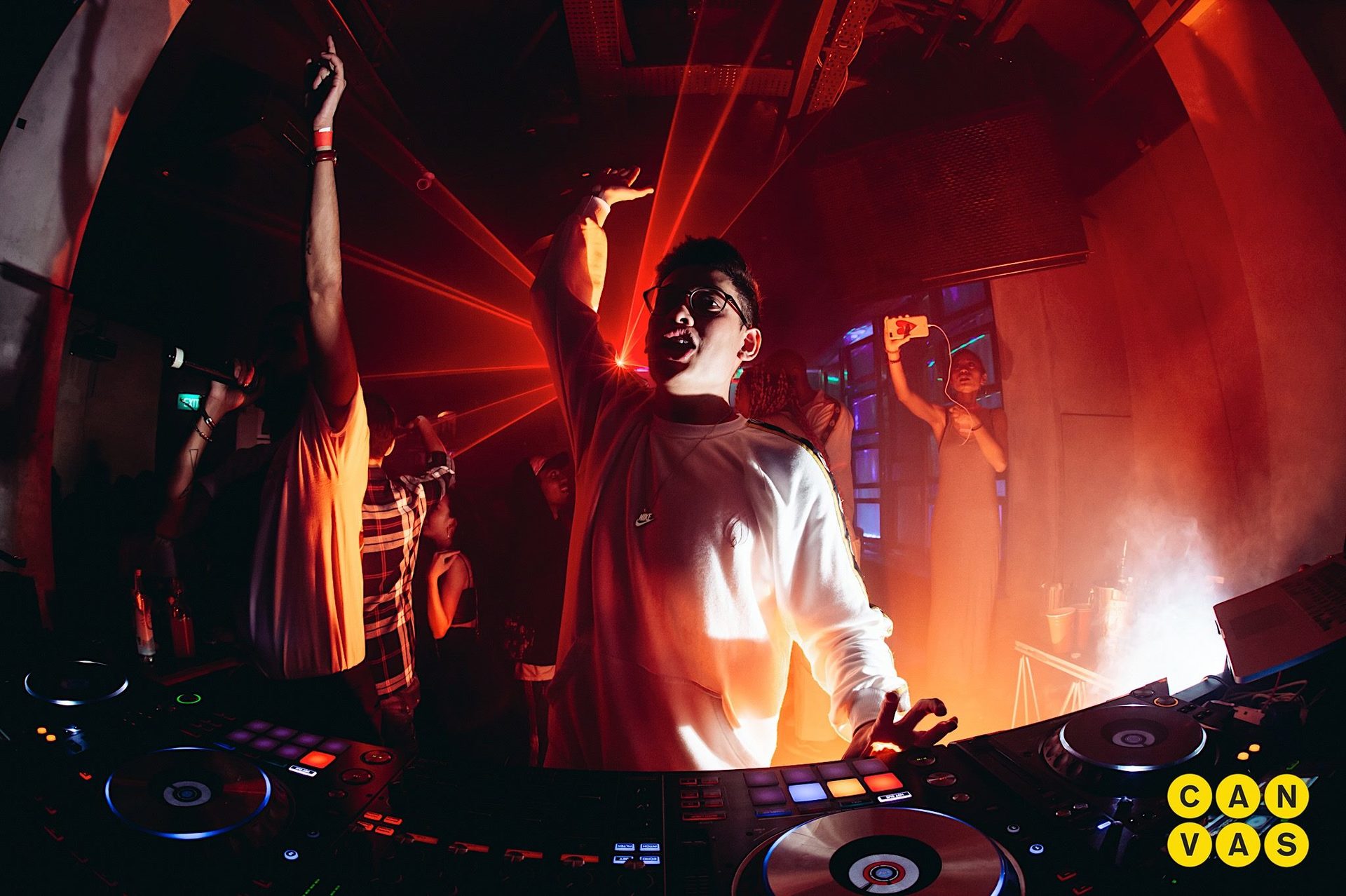 And as a club, how do you feel about turning four?

Mr. Boo: We feeling lucky. We’re lucky to be in a cutthroat industry and still last four years. Some clubs don’t last this long. Some nights don’t even last that long. But we have a good team in all respects, creative, business and operational. Everyone’s sailing in the same direction. We’re fortunate to have leaders like Roy and Mahen, who’ve been in the industry for so long and have extensive networks to ensure the longevity of what we’re trying to do. With the luck we’ve been blessed with, we created our own version of luck.

SoundsOfFai: Our lane is special, too. We’re not a bottle service club. From day one, we’ve been about the music. No matter where you come from, you’ll be accepted. The model for clubs in Singapore, as a whole, is, after the third-year mark, you either close or rebrand. A lot clubs with frills close. But we haven’t changed our philosophy since we opened our doors.

Kenneth: We also don’t book DJs for the sake of booking them. All the acts in our programming are trailblazers in their own lanes. And the DJs recognise what we bring to the table. We’ve had such good relationships with the likes of Puffy, Alex M.O.R.P.H. and Jordan Suckley that they’ve become personal friends.

The last time Jordan played here, he told me that it was his best gig of the year. Imagine having to skip the email step and going straight to WhatsApp when we do bookings!

When you focus on the music, it sets you apart. With all our nights, we focus on what the music is about and we build around it. That’s how we’ve managed to build a community around the club.