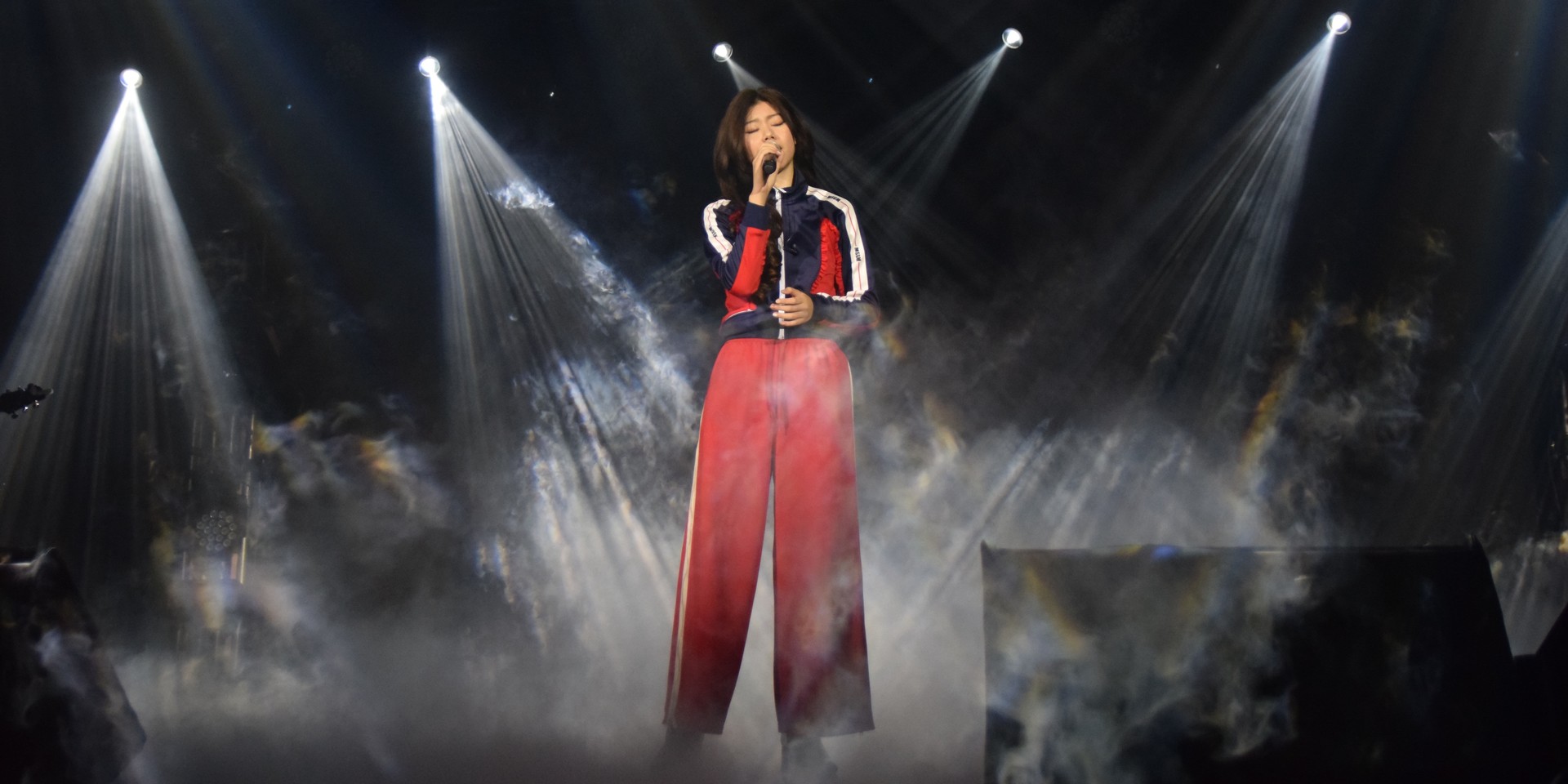 At KL Live in Kuala Lumpur last month, Priscilla Abby stepped onstage in front of 2,000 people who had filled the venue to watch her sing. That was the first ever mini-concert of her life.

Despite her nervousness, the 19-year-old singer kept her cool and introduced herself to the audience. She then performed a series of original songs such as 'Burn', 'Mystery of Hibiscus' and 'Listen To Your Voice', as well as EDM covers of popular songs like Mayday’s 'Party Animal' and Jay Chou’s 'Confession Balloon'.

The audience sang along to each song passionately with Priscilla, and when it came to 'I Love The Sky' – her first-ever single – the Malaysian singer finally let her emotions overwhelm her and shed tears of joy.

“When I saw the audience turnout, I felt so grateful and surprised," she told Bandwagon. "I was so worried that nobody would show up, since it has only been half a year since my debut.”

In July 2016, Priscilla, who hails from Sarawak, began uploading her own covers to YouTube to pursue her aspirations of becoming a professional singer. She had been approached by her church’s pastor and music producer, who were looking for a singer to come on board their project: creating EDM versions of popular songs.

Soon, her cover of Mayday’s 'Party Animal' caught the attention of netizens in Malaysia and Taiwan, exceeding a million views and turning Priscilla into an internet sensation overnight. Her subsequent covers also enjoyed much attention as a result, each boasting view counts in the millions.

With her newfound popularity, Priscilla quickly became one of the hottest rising stars in Malaysia, signing with WebTVAsia at the beginning of 2017, and releasing her first single 'I Love The Sky' on 21 July, one year since she uploaded her first cover onto YouTube.

The singer followed up with her a debut album Burn in December, which contains six singles she had released over the past five months.

While enjoying her newfound fame, Priscilla admits that she is still getting used to her professional status.

“When I just began doing covers, there will only be around two or three people helping me. Now, there are many more people on set when I’m recording. I’m also slowly learning how to engage the media,” said the singer.

“Sometimes when I’m in Kuala Lumpur or Taiwan, I may get recognised on the streets, and I feel a little shy about that. It’s like I’ve lost some privacy.”

Finally achieving her dream to become a professional singer, Priscilla wants to work hard to pursue other goals. She hopes to one day collaborate with her idol, Wang Leehom, and aspires to perform at the prestigious Taipei Arena.

Entering 2018, Priscilla intends to promote her new album in Taiwan and subsequently Malaysia, and is also preparing for her first mini-concert in Taipei, which takes place 26 January.

While her new album only contains originals, Priscilla does not intend to stop doing what her fans loved her for in the first place.

“Many of my fans know me in the first place because of my covers,” she said. “I intend to continue making covers of their favourite songs, and not let them down.”