What can we expect from Future Music Festival Asia in Singapore this year? Carnival rides, a spectacular stage, seminal hip-hop act Public Enemy, groundbreaking EDM acts, and more. They’re working on bringing in the iconic Future Music ferris wheel at the moment, but it will take a lot of time and permits. For now, there’s the carnival rides to look forward to.

Sitting at a corner table in a city hotel lounge with Brett along with co-founder of Livescape Asia, Iqbal Ameer, and director of Future Music Australia, Jason Ayoubi to talk about the festival finding a new home in Singapore. And there’s a lot to talk about. We interject and say that it sounds like a whole new level of ‘festival’ they’re trying to execute in Singapore.

Festival director Brett Robinson replies, “That’s the idea. That’s what we do.”

2014 was a series of unfortunate events for FMFA when it was cancelled early after six people died from suspected drug overdose more were arrested for drug possession. The premature shut down meant that festival goers and ticket holders were denied from catching the biggest day of the three-day festival and acts like Pharrell Williams, Macklemore & Ryan Lewis, and more. 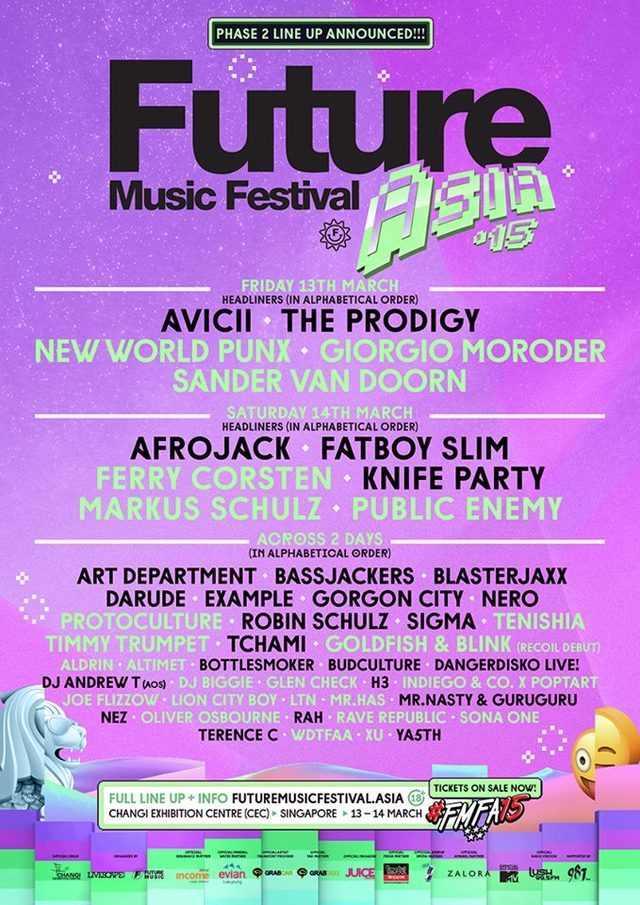 Putting it all in the past, the team have adjusted well and risen from the tough times. “It has definitely made us look at the way we do things and the cultural differences between the countries, and how those things should be handled. That being said, we’ve improving our efforts this year, we’ve got the security team from Tomorrowland and we’ve got a medical team of consultants coming down from Australia, and we’re also working closely with the authorities and police force to prevent that from ever happening again. And obviously we’re doing a lot of education for the patrons and everyone attending - because ultimately their decisions are important to making FMFA a safe event,” Jason said.

In November last year, The Livescape Group sent a sincere email to their supporters and followers regarding the cancellation of Day 3. They took the time to hash out all the issues and problems post-festival, offered discounts and deals to ticket-holders who were still having trouble getting their refunds from FMFA 2014. The simple and thoughtful gesture shows how the team are keen to continually reach out and rally the support of the community. 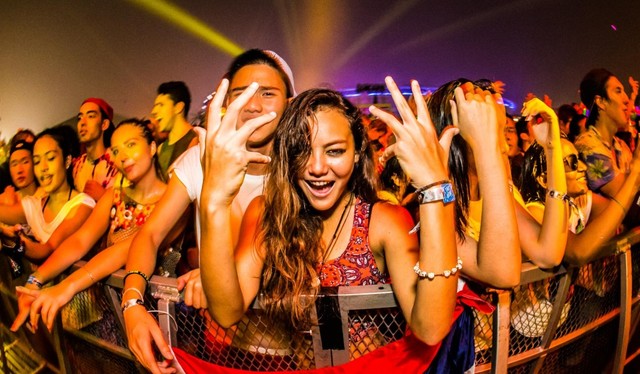 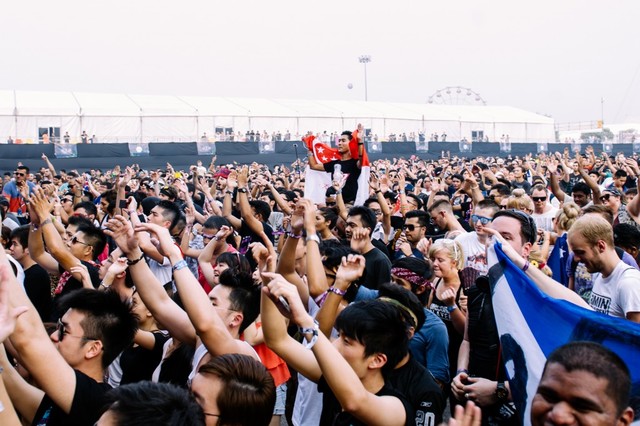 “We want a strong community of people who love the festival and love music to support it. It was interesting to see all of the support that came out from all the negative that occurred and see that people genuinely wanted that music experience,” Brett said. “Of course for us, we want to encourage people to behave the right way and enjoy themselves, as well as to enjoy the music and act responsibly, so the better the festival will be.”

A lot goes into running the festival, and as the team as learnt in our very organised city state - there’s a lot of policies and rules to comply with as organisers. From securing permits and licenses for their drivers to disclosing precise details of the main stage, the tea are dedicated to making this the “best festival you’ve ever seen in Singapore.”

Thumbing through a well-bounded thick volume of plans, policies and other information about the festival and organising team, Brett relayed how he wants it to be a local and Singaporean festival. “We’re excited to present a whole roster of local artists we’ll be showing, we’ve also gone local in terms of contractors, and the production crew. We want to understand what the people in Singapore really want, what music they like and don’t, and build a festival around all those things. So we’ve done our homework and research on Singapore events, clubs, venues and talked to people about what they want here.” Jason chipped in and said that with the support FMFA has from Asia and beyond through the years the focus was to make FMFA a local festival with international appeal.

“Beyond the diversity of acts we’re staging, we are also trying to create a great social experience for people and something more than just presenting the artists on stage. The standard of production and the level of technology we will be using at the festival will be second to none in Singapore,” Brett promises. A luxury experience with the VIP Pass or an enjoyable night down where the carnival rides are set up, you can expect to be fully preoccupied with all things FMFA.

And just when you thought they’ve revealed it all, Jason and Brett showed us the Future Music mainstage that they’ve set on for the Australian leg of the festival. “We got renowned stage designer James Klein who did the amazing stage for Ultra Music Festival in Miami to work on our Supernova mainstage this year,” Brett shared. Shaped like the sun, and using materials like crushed silver with polished steel, and using “layers of technology”, the stage itself is a masterpiece to behold at the Changi Exhibition Centre grounds in March.

“Technology’s a really big part of entertainment,” Brett mentions. And it looks like the FMFA team are living up to their namesake, this could well truly be the future of music festivals in Singapore.