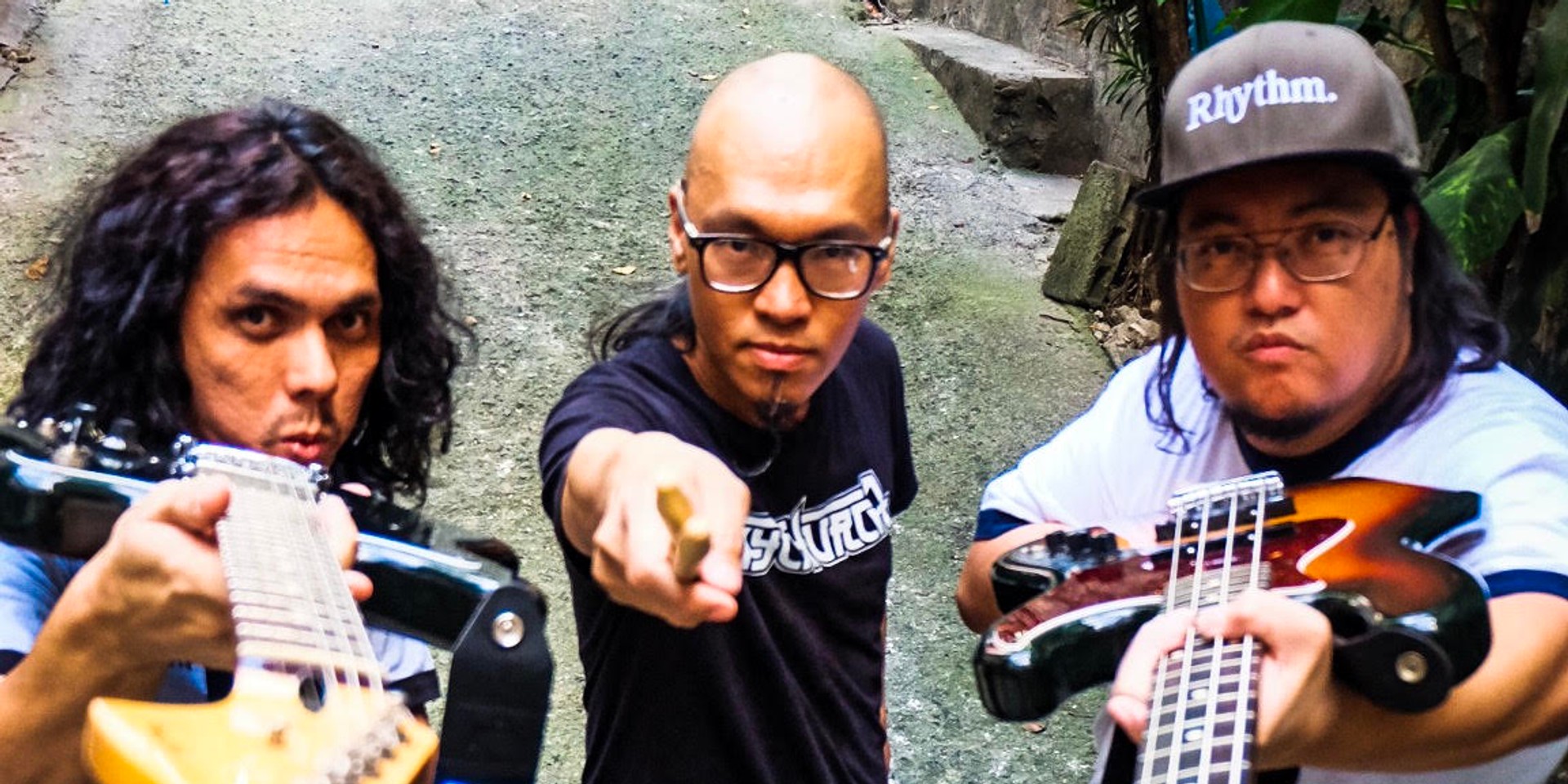 Pastilan Dong! are back with their third studio record Gadilaab.

The Filipino rock trio launched Gadilaab back in January at the Pastilan Dong! Album Launch with Ourselves the Elves, Public Places, The Rave Tapes, and Stellar Spectre to introduce the local scene to their latest offering. Gadilaab is a 10-track album, which features 'Hiyang,' 'Bill Spill,' and 'BnW,' and is now available digitally on music streaming platforms.

Bandwagon caught up with drummer Vhin Zafra and bassist Rio Vargas to talk about their latest album Gadilaab. Here's the track-by-track guide.

Vhin : This one is a staple in our current live set list. It’s probably one of the merriest songs we’ve ever written.

Rio : We got the whole 90’s full effect in this power pop track, maybe my favorite among the songs in the album. It’s short and sweet and just the right dose of heavy Drop D riffage. Our influences obviously front and center in this track.

Vhin : We arranged this song in a jiffy. It has a simple structure but the fast tempo makes it a challenge every time we play it live.

Rio : Not to be confused with the Michael Jackson song, I love this one for giving me an opportunity to be a bad version of  Peter Hook in an attempt to sound like New Order but of course, in true Pastilan fashion gets covered in fuzz.

Vhin : This could be a Mentos ad/jingle song. I wrote my drum parts one fine morning.

Rio : Is this for real? No fuzz? Too bubblegummy? Described by Kaloy’s wife as a song for a candy commercial, she’s not wrong actually. But I love the break from the usual with something as melodic as this song. What’s it about? Who knows?

Vhin : I threw the idea of reworking Bell Spell ( a song from our first album) to Kaloy before we hit the studio for Gadilaab. He agreed. I also suggested the new song title as a joke but he took it seriously.

Rio : This song is actually from the first Pastilan Dong! Album, reworked, rehashed and given new life because why not? It’s a constant on almost all our live shows. This song is Pastilan through and through and will best describe how the band sounds. Only twist for this version is its sung in Bisaya.

Vhin  : The correct title of this song is Odd Uneven. What you see on the cassette sleeve is a typo error.

Rio : I wish we play this live more often, it’s actually somewhat odd timing, hence the title. And I like how it slows in the middle. 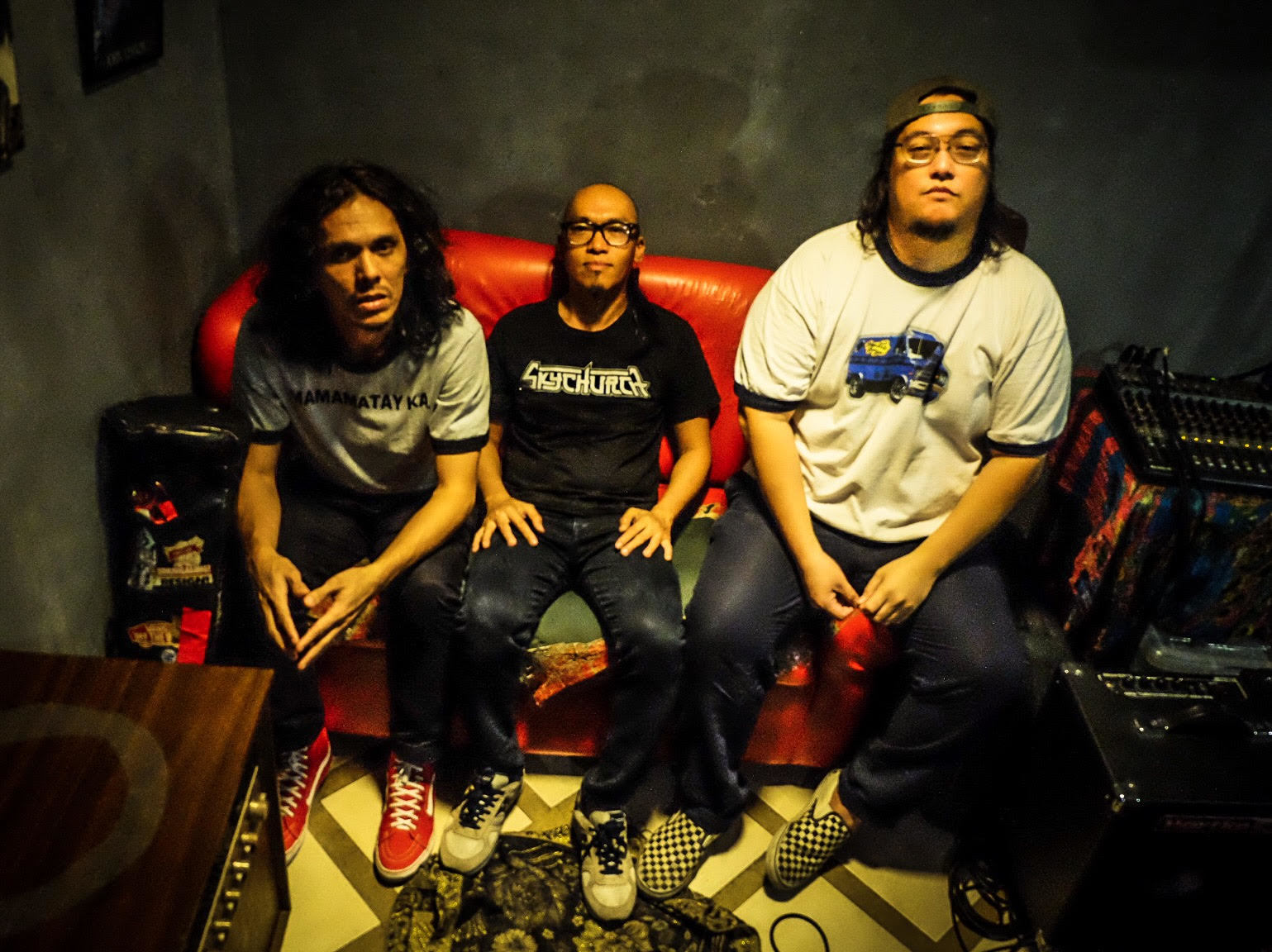 Vhin : This is probably the heaviest song in the collection in terms of guitar work. It’s one of the earliest tracks we’ve written for the album.

Rio : From this point on we go heavy. It’s classic loud quiet loud format, how we usually do it, soft moments coupled with heavy hooks. Perfect set opener that we never did open with it.

Vhin : Kaloy would always remind me to keep the proper tempo before we play this live because I tend to speed up when playing this one.

Rio : The first song we actually played live from the new album, has a strange fit with our set usually. Bass plays an important role on this track that compliments Kaloy’s droney singing and the heavy fuzz parts at the end perfectly sums up the track.

Vhin : The album version was a result of countless discussions on how to approach the track. We decided not to include drum and bass here due to socio-political reasons.

Rio : Another song in Bisaya about existentialism through commercial communism and how it affects the daily drudgery of life in the urban jungle. Just kidding. I have no idea what he’s singing about. A simple riff that powers through the song without drums and bass.

Vhin : Honestly, I really don’t know what this song is all about and I don’t intend to investigate further.

Rio : This is an instrumental track with only guitars and percs. Sound of static on the background is from a plastic sheet, don’t tell anyone, it’s a secret. The song is not about the machine we go to every payday to get money and get disappointed when it says insufficient funds.

Vhin : We sort of reversed the common song structure by ending this one with Kaloy and Rio doing intricate guitar plucking/fingering. This is Rio’s shining moment in the album.

Rio : Working title for this one was weezy, because it sounds like early weezer and that’s how I like it being a huge early weezer fan. I thought it’s a perfect ender for the album as it has a sweet melody and an even sweeter bass riff in the end.