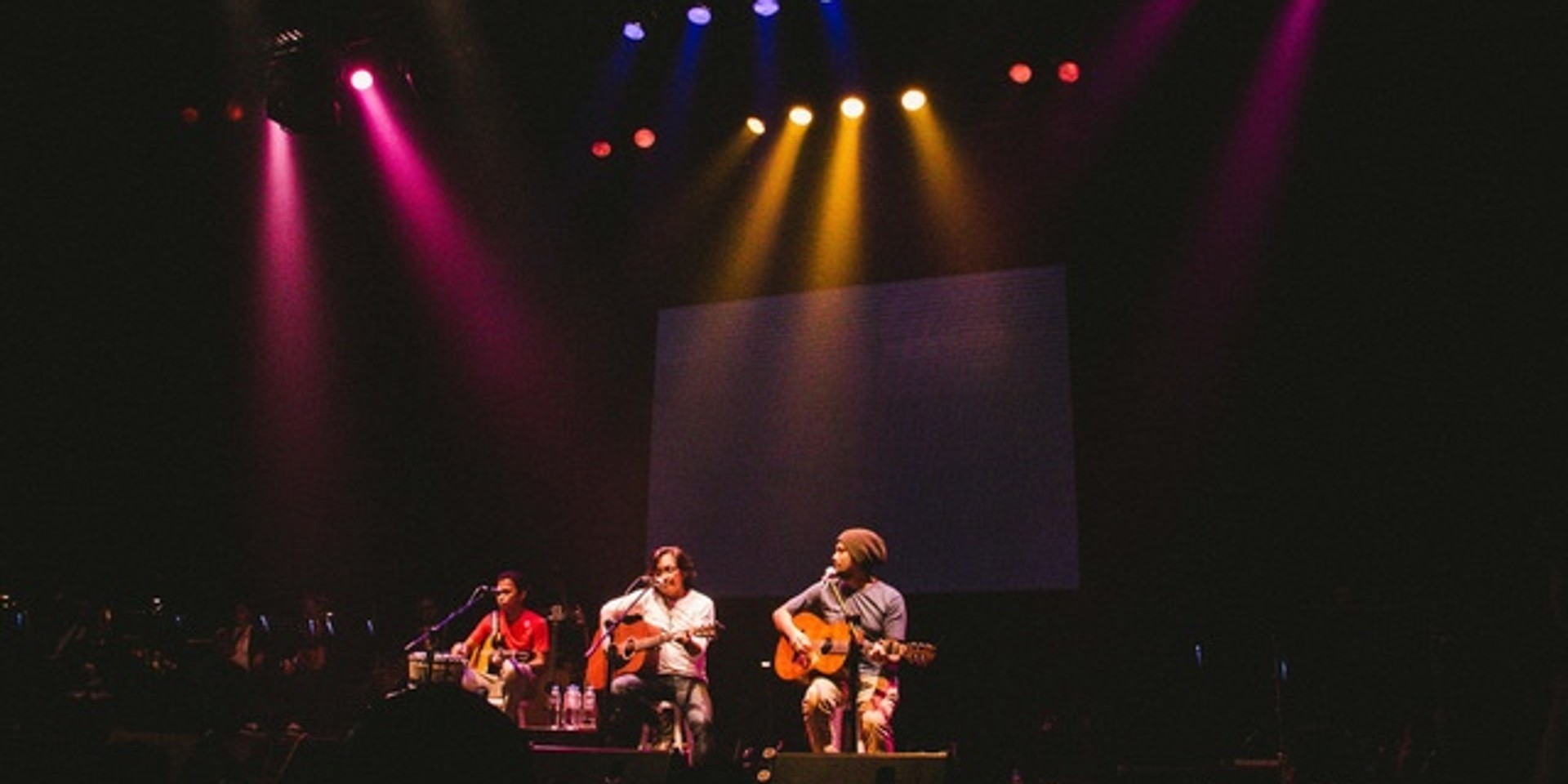 Music is not just heard or listened to. It is felt.

This two-time sold-out concert is the definitive proof of that. Living up to its name, DAMÁ: The Repeat is the product of the plea of 3D fans, listeners and lovers who either missed the first concert held last February or just wanted to see them perform again.

Well, we can all thank our lucky stars that artists Johnoy Danao, Ebe Dancel and Bullet Dumas were happy to oblige and the duo of Vandals on the Wall and Gabi Na Naman Productions were happy to organize... and actually bring more to the table. A month ago, the three promised the same feels but a new roster of a songs, a seven-string section and a percussionist, which they did deliver last Saturday.

While most of us probably cannot (and maybe should not) compare, it was evident that every little thing made the feel of that night so unique that it was almost a paradox of sorts: The venue, which is usually seen as grand, felt very intimate. The stage lights were bright but enticing, a show of its own that complemented the performances. The audience seem to be excited in a way that seemed supportive, as if they were watching their close friends perform.

And the music? See, it is not surprising that a concert like this was sold out in a country whose fondness for guitars stems back to pre-adolescence. It is, however, pleasantly surprising that people were willing to plant themselves firmly on their seats, watch and appreciate three very different ways of making the beloved instrument cry. 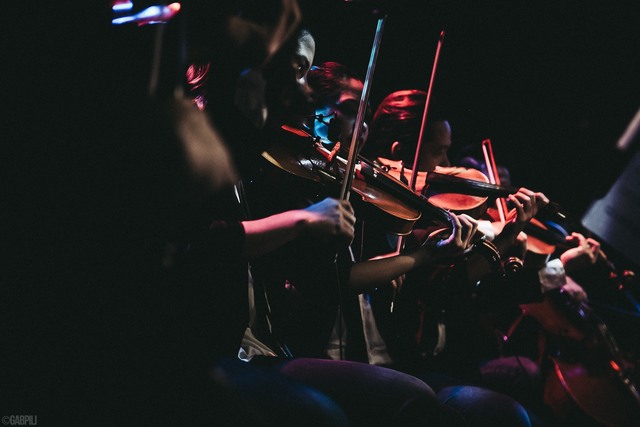 One must not forget the group that made the night even more magical. The Manila String Machine is the salt that amplified the flavor of the songs we all know and love. They provided the amp amount of chills needed in Bullet's songs to make it more theatrical for the Music Museum. They added emphasis on the depth of the messages of Johnoy's songs. They created new versions of old favorites from Ebe that would make you fall in love with them all over again. Their music was definitely a big factor as to why we were enraptured by DAMÁ: The Repeat. 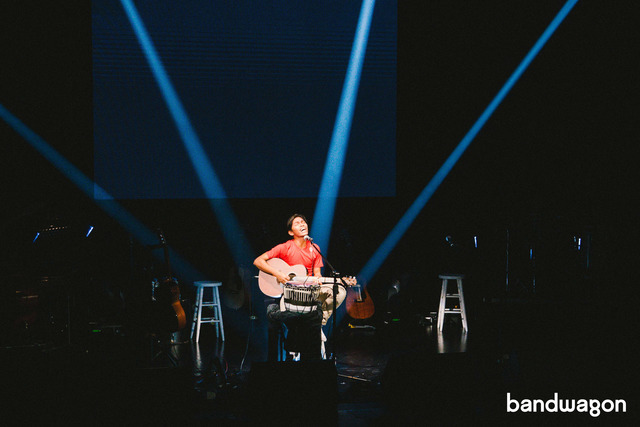 Five minutes into his set and you'd already feel powerful passion in the form of Bullet Dumas. He is intense, with his vocal chords crooning a variety of notes  as quickly as his fingers shift from one chord to another. Bullet performing 'Pssst!', 'Galit' and 'Usisa' live is simply mesmerizing. Add 'Hain Ka' to the mix and you are a roller coaster of emotions. In fact, watching him sing is almost too much to take – until he pauses, looks at the audience and asks quite simply, "Nasa tono ba 'ko?"

Comedic timing? Check indeed. Bullet's music and his passion for it makes him a performer worth watching, but it is his funny banter and rapport with the audience, and his small and humble way of thanking the production staff, the musical director and even his friends in the audience that make us love him with all our kasing-kasing (hearts). 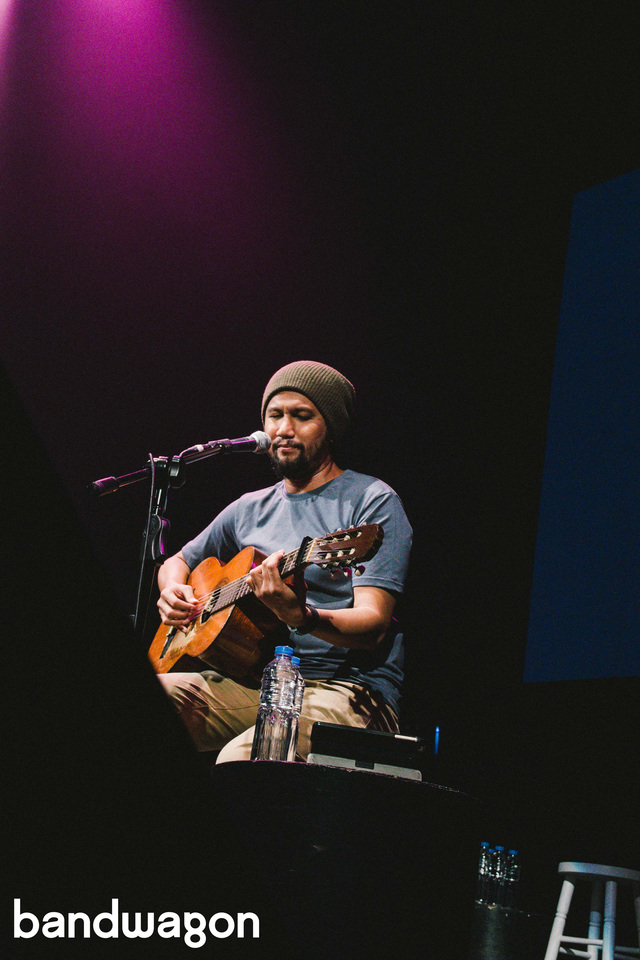 After a performance like Bullet's, one that is equally compelling but in a way that is gentle is needed to calm the storms in our hearts. Enter Johnoy with his soft yet strong strings. His is a mellow kind of power, simple yet still spellbinding.

His strength is in the way his performance translates into stories that everyone can relate to. A song from his third album, 'Right Time' was performed while a photo montage of couples, families and friends (and of him and his significant other as well!) was flashed onscreen and is touching, making us marvel at the beauty of love. 'Salamat Sinta' was performed in a jazz-y way that night – different yet still on point. 'Bakuran' was simply, plainly, heart-wrenching. And, yes, he still had us clapping (crying?) with his first song for the night, 'Ikaw at Ako.' 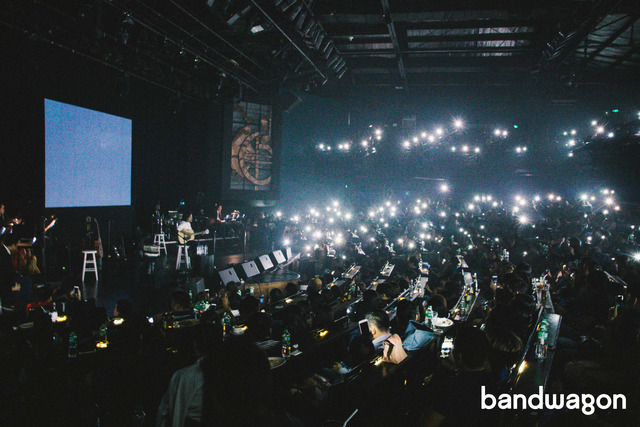 The thousands of people who fished their phones out and put them up in the air during his performance of 'Wag ka nang Umiyak' are proof that his star is burning brighter than ever. Ebe Dancel played his guitar that night to show individuality and identity. 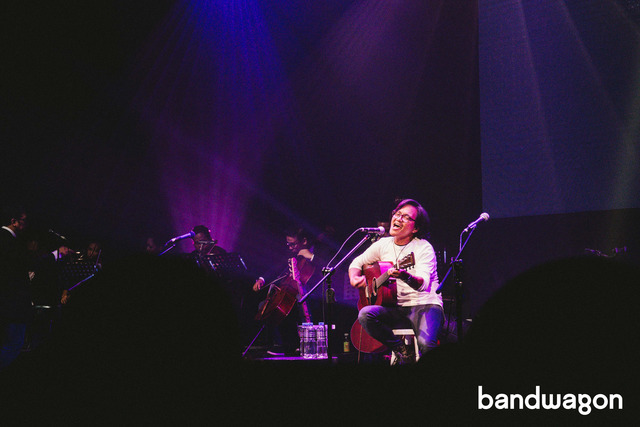 He had the most theatrical of performances that night, from his dramatic entrance before perfectly singing 'Kwarto' to the dimming of all lights on his last song 'Tulog Na.' Ebe Dancel sings with clear notes and so much soul, that much we already know, but the way he sang his songs that night were unique as they were memorable. 'Hanggang Wala Nang Bukas' shows us that it is a song for a collective voice, with all musicians onstage playing their respective instruments. 'Kasayaw,' a song he performed with Bullet, is dedicated to his mother, who was present with the rest of his family. The version of that night's 'Lakambini' made one associate the song less to the ballet Rock Supremo and more to the musician himself. 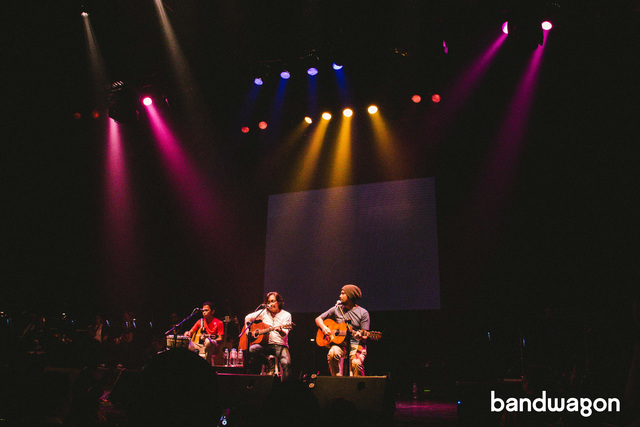 Together, the trio is beautiful. Performing the classic songs that appeal to the romantics in us, the friends-turned-tour mates show us that it wasn't just us who felt so much throughout the night: they were on the same page as us. Their version of Color It Red's 'Paglisan' was gripping, but it was their take on Joey Ayala's 'Walang Hanggang Paalam' that we would go home with.

That, or the fact that Bullet forgot the lyrics to Ebe's 'Burnout' again. This original Sugarfree song may normally reminds us of young love lost, but with the way 3D joked before and during their performance of this, they had transformed it into a reminder that the magic of this concert lies way beyond just damdamin (feelings) but in the friendship built in more than a year of togetherness for the love of music.

The crowd cried 'More!' after the last song, but we were pushing our luck. Anyway, for those already caught in the magic of this trio, there will be no satisfaction. We will forever be craving for their music, no matter how many times they share the stage. 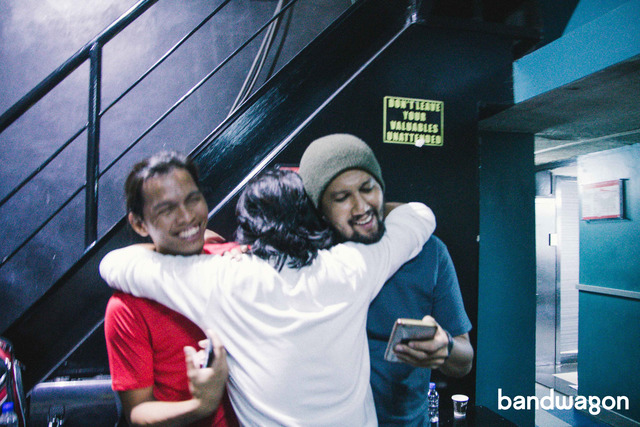