Yet another exciting gig announcement emerges through the thick flurry of Singapore's already stellar live music panorama of 2014, and it's only February folks. KittyWu Records have announced that they'll be bringing in Japanese math-rock darlings tricot to play live at Home Club on March 14!

The Kyoto quartet will be dropping by Singapore as part of their What's Ochansensu-Su!? Asia Tour 2014, which also includes Taiwan, Hong Kong, Malaysia and Philippines in their circuit. tricot consists of 3 female founding members - Ikkyu Nakajima (vocals / guitar), Motoko “Motifour” Kida (guitar / backing vocals), and Hiromi “hirohiro” Sagane (bass / backing vocals) - and male drummer Kazutaka Komaki, who is often mistaken as another female member of the band (but don't be fooled by those gorgeous locks). Following a couple of singles, mini albums and EPs, they finally released their full length album T H E in October last year. 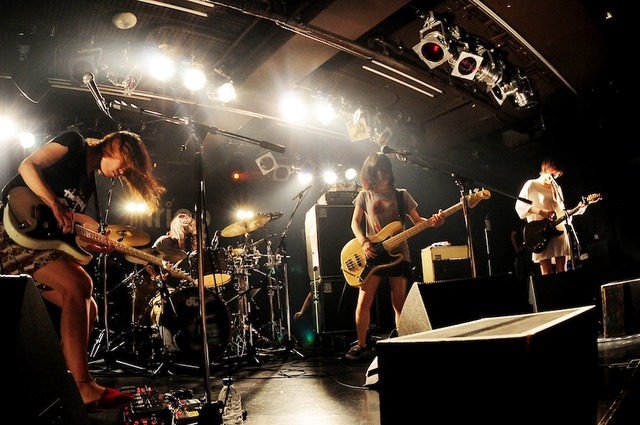 Their sound is a infectious unification of J-pop's melodic catchiness, math-rock's playful offbeat complexity, and at times, the urgent aggression of post-hardcore. Even though songs are all sung in Japanese, it doesn't even get in the way of enjoying their music. The attraction and the intrigue of tricot also lies in the fact that the three female members are at ease in composing and playing math-rock - a technical and niche genre mostly exclusive to wiry, geeky men who adore their finger tapping guitar lines, rapidly evolving time signatures and angular riffs more than the general accessibility of their songs.

tricot also comes from a long line of tech-heavy Japanese bands (think LITE, Jizue, toe, té, 3nd and many more), which shouldn't be a surprise considering that most Japanese musicians are highly trained and educated in classical music. Hence the technical prowess (and the prevailing avant-garde craziness) of Japanese bands.

It should also come to no surprise that KittyWu Records be the ones who'll be bringing the quartet to our neck of the woods, given their affinity for other astounding Japanese bands; the home-grown record label were behind the likes of Envy and Mono live in Singapore and toe in KL. Having a reputation for their intensely energetic live performances, you can surely expect a highly electrifying show in March at Home Club. 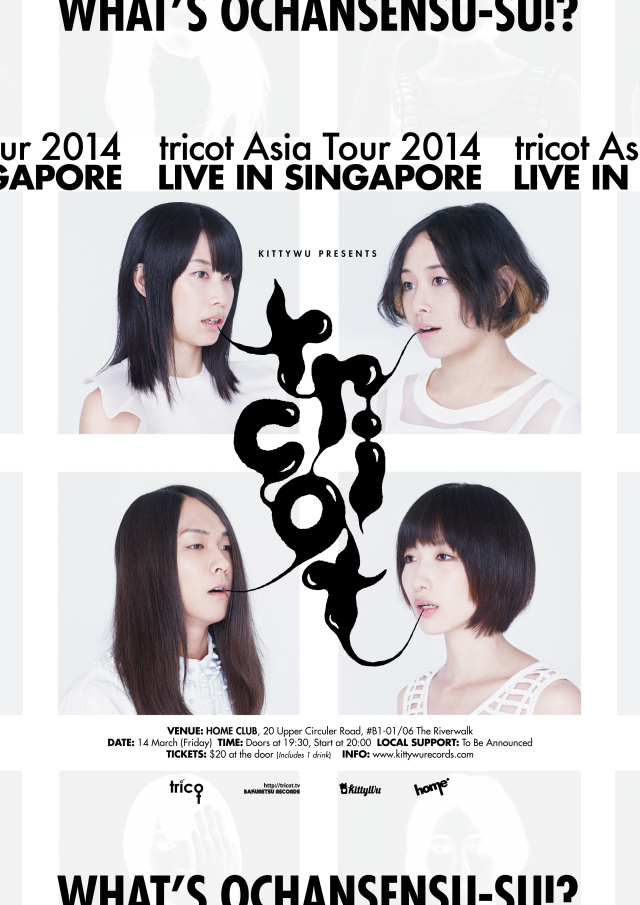