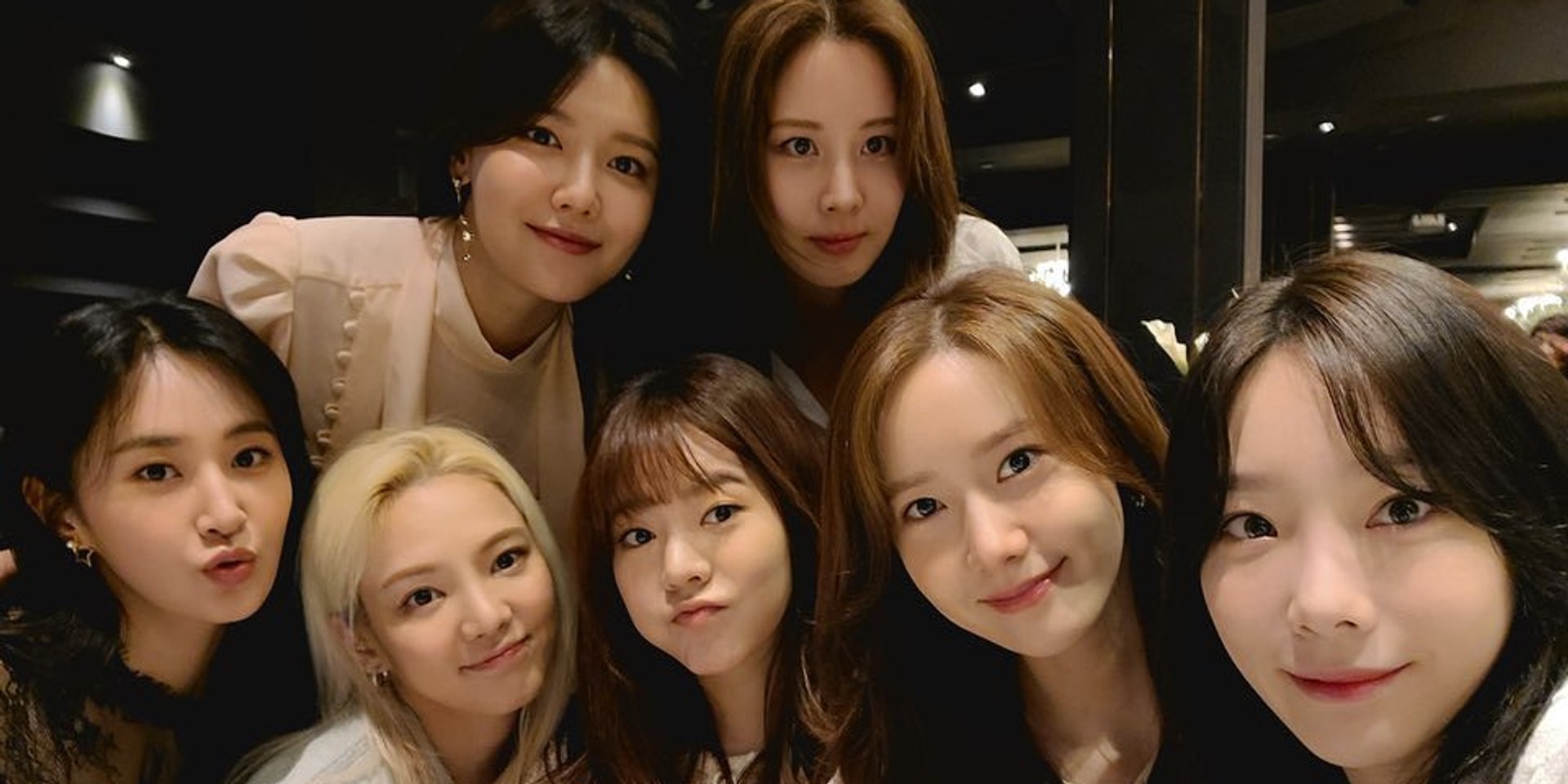 It's been a long time since we've seen a group photo of Girls' Generation. It's been even longer since Sones (their fans) could buzz with excitement over their next comeback as a group of nine, or tweet the hashtag #ot9, which was their form of conveying their love for the girl group as 'one true nine'.

On 10 May, Girls' Generation made a comeback - by posting a group photo and videos of them singing at their manager's wedding on their Instagram accounts. Unlike their past comebacks, it was not a new music video with the potential of crashing Youtube servers, but a revival of two songs from their debut album in 2007 - 'Kissing You' and 'Complete'.

According to the wedding guests, the groom, Choi Sung Woo, had been Girls' Generation's manager since their debut. He had been with them all the way till one of their final promotions, 'Lion Heart', making the song choices even more fitting for the occasion.

A selfie of the girls enjoying themselves at the wedding was posted by Girl's Generation's Seohyun on Instagram, where she also mentioned that she missed Tiffany, who is currently in the United States.

A translation of Seohyun's Instagram caption reads, "Soshi (Girls' Generation) meet each other for the first time after a long time. The past is Soshi, and it is still Soshi in the future. Forever Soshi."

Despite a member's absence, the first performance of 'Kissing You' in five years tugged at the heartstrings of Sones worldwide. The girls even held lollipops, just like when they performed the song back in 2008. It was especially nostalgic for Sones to see the girls being their usual dorky selves while they rehearsed 'Kissing You' before the performance.

The hashtag '#GG4EVA' immediately trended on Twitter and emerged as a #1 trending topic.

Sones had their own share of emotional outpouring in response to Sooyoung's Instagram story of them rehearsing 'Complete'. 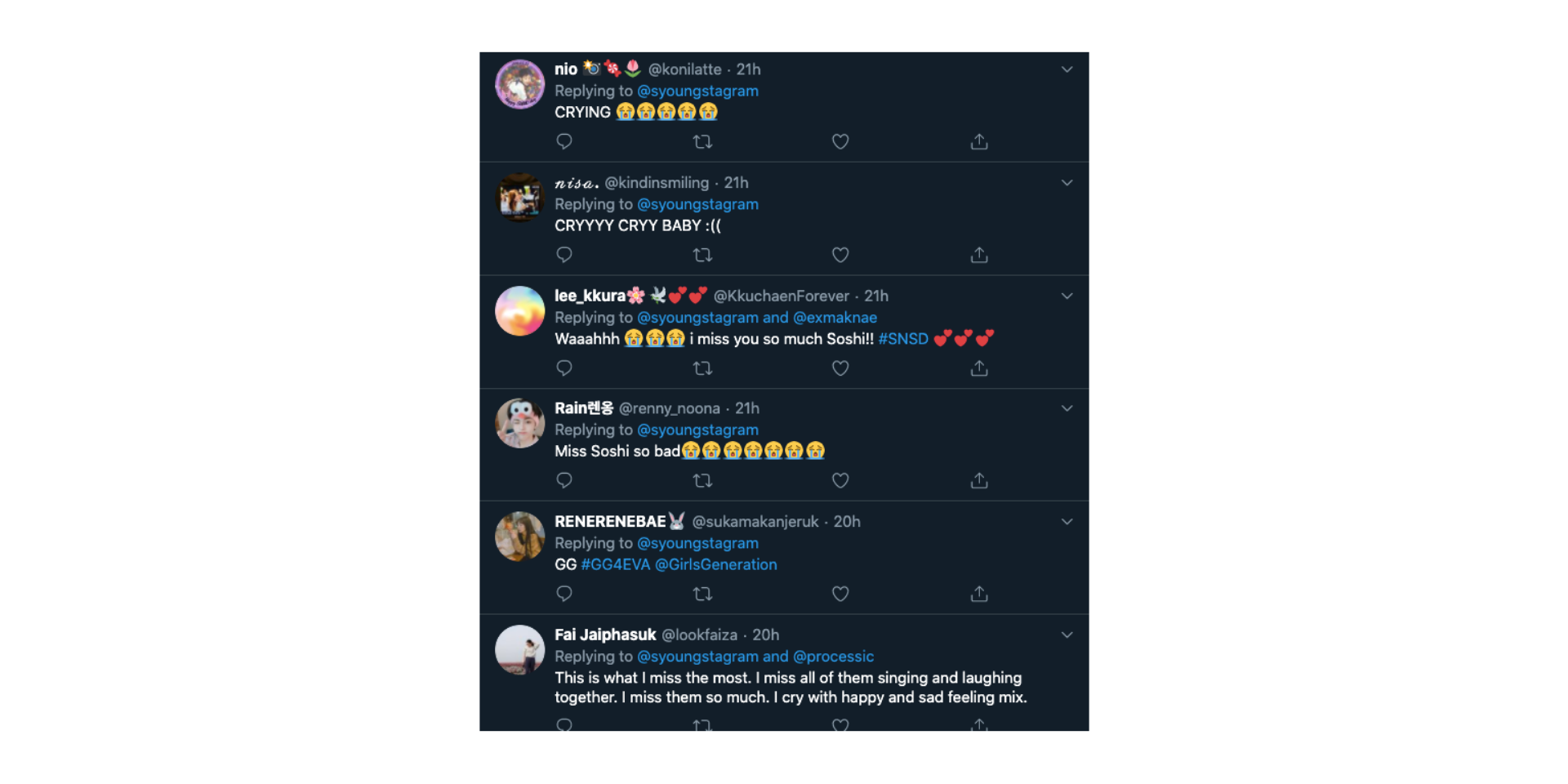 With Taeyeon's new single 'Happy' released just last week, the first reunion of Girls Generation in 2020 definitely came as a pleasant surprise for their fans. It has been close to a year since the girls last got together, which was during Tiffany's birthday last August. As the girls continue to pursue their individual careers, the tremendous support from their fans would definitely keep them going, even as they are apart.

Grab your pink lightstick out of your drawer and watch the full videos of 'Kissing You' and 'Complete' from their wedding performance here: