"The reality is that there is a systematic flaw in our culture. Women need to feel proud to stand on their own and be creative without worrying about how we may be inadequate." says Jennifer Lee, also known as TOKiMONSTA in a feature piece by The Fader.

The presence of women in music has been an important matter for a long time — despite the varying degrees in genres, their representation and standing in an industry still leaves a lot to be desired. There are the figures who consciously work to fight against preconceived beliefs and stereotypes against them. There are those who play up their sexuality as part of their image.

An individual like TOKiMONSTA is one who didn't preoccupy herself with any inadequacy she might feel as a woman in a male-dominated scene — a move she feels has done wonders for her confidence. She’s been asked countless times about her position as a successful female beat maker; being one of the few who has been highly regarded in the underground scene while also making her mark on a major label. Never mind the fact that she’s also of Korean descent. Yet, all this time she’s just focused on producing her next album, along with managing the talent on her own label Young Art Records. 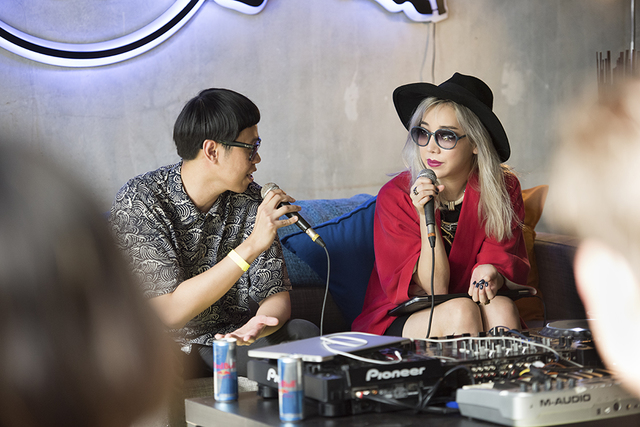 Born Jennifer Lee, she grew up in Los Angeles which, to her advantage, provided access to a growing and fraternal community of beat makers — a role in hip-hop that was usually obscured by the dominance of rappers until the emergence of innovators like J Dilla and DJ Shadow. Soon, she found herself aboard Brainfeeder aka the label of experimental hip-hop madman Flying Lotus, releasing albums that brought her more attention and acclaim.

Then in a sudden shift, she met up with EDM powerhouse Ultra Records to release her second album Half Shadows, although her sound was barely altered. Why Ultra? “I just wanted to see if I could tap into their audience.” she says, remembering the different playing field she entered despite sticking to her eccentric guns. “If I didn’t release that album with Ultra, it would’ve been the same album for Brainfeeder.”

TOKiMONSTA oozes confidence; the kind of musician who’s incredibly focused and self-assured in any direction she takes, which leads to her latest effort Desiderium. A self-proclaimed “mini-album”, it features her at her most musically unembellished, leaning towards the new breed of sensual and atmospheric R&B breaking the Internet. But was she influenced by them? She begs to differ. “I think people forget that I’ve been doing R&B remixes for like ever.” she said. “I can say I’m fully ahead of the curve for that one. The stripped-down production is definitely intentional and that was because I wanted to approach music like I did before. I released Cosmic Intoxication and it was really simple and beat-driven but it was very effective.”

After some of the crazy sounds she introduced in her previous full-length albums, she wanted to go back to basics and concentrate on fewer production factors but still working as hard as ever before. “It was more about precision and songwriting. I worked really hard to get the sound just right. There’s still a warmth in it. This is definitely one of my most advanced pieces. It’s naked and doesn’t hide anything under any effects.” Despite Desiderium being labeled as a ‘mini-album’, a move that was fully deliberate, she still holds a special place for full-length records. “I really like a concept of an album.” she says. “Desiderium is as long as an EP but I put a lot of thought into the arrangement of the tracks just like how a lot of musicians would be with a full-length album.” 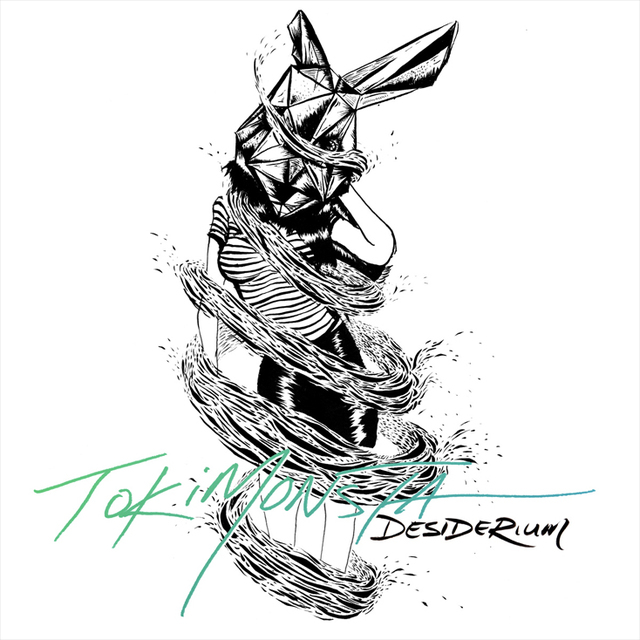 The move to make it a ‘mini-album’ though, wasn’t so much as a sluggish move to put out lesser music but to serve as a precedent for a possible 'Desiderium Part. 2'. “It’s a two-part thing. I’m not sure if I’m gonna call it Desiderium Pt. 2 but it continues the concept I had with the first and together, they make an album. I really like keeping it short and concise, well-curated. It worked out really well this time, but I like full-length albums. I like a body of work that represents something.”

“Most artists are known for their styles but I don’t like to be pigeonholed so I like to try completely different things all the time.”

TOKiMONSTA was in town recently for Super 0 Openair — a celebration of underground electronic music featuring some of the best, including herself, techno minimalist The Field, radio jockey Tim Sweeney, breakout duo My Nu Leng and more. Although it is easy in hindsight to lump them all together under the EDM umbrella — a mistake so sorely made with the dominance of the genre on the charts — Super 0, alongside Red Bull, were careful and even methodical with the lineup; generous in the eclecticism but cautious to choose only the most skilful and talented in the scene (of which, whoever was available to make it to Singapore we assume). The best part (depending on who you ask) was the location — deep in the heart of Changi, Super 0 took over the abandoned SIA Changi Sports Club for the day. They made an empty pool their main stage and made a random room feel like the rebirth of the now-defunct Home Club. 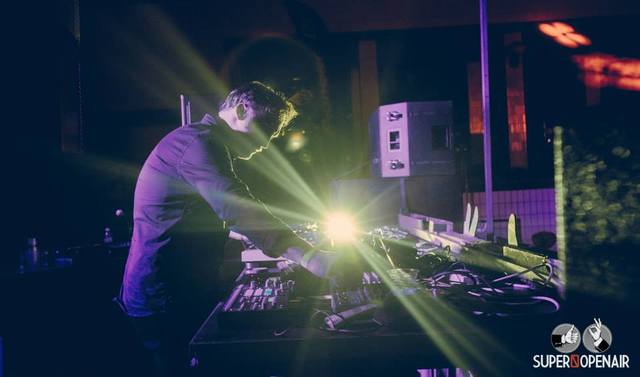 The Field’s set was sparse, nothing but him and his gear dragging the audience into a 50-min odd trance with his sedative dose of deeply melodic and danceable brand of techno — proving why his debut album From Here We Go Sublime remains to be a well-lauded album in the past few years. TOKiMONSTA was a definite hit with the crowd, spinning her own throbbing tunes alongside energetic hip-hop anthems by Ol’ Dirty Bastard and A$AP Ferg.

For someone like TOKiMONSTA, she embraces change and refuses to remain dormant in style. “Most artists are known for their styles but I don’t like to be pigeonholed so I like to try completely different things all the time.” she says. “There’s always an aspect that will never change because it’s coming from me.” 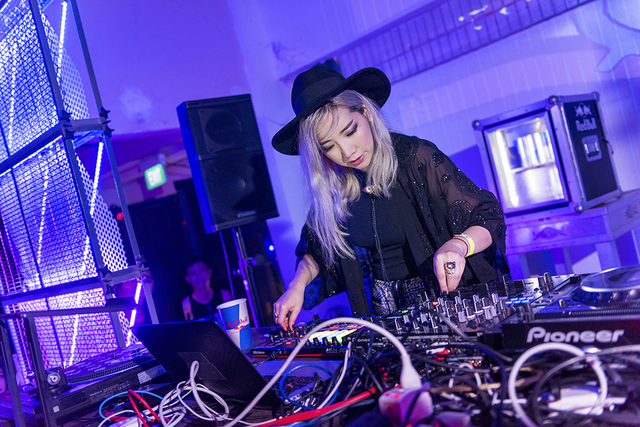 She still remains certain that despite what styles she may pursue, there’s still something about her music that remains hers. “I tend to go for cathartic sounds and also the way I arrange music. I like my songs to build like stories. Certain aspects will never change. Certain sounds I use will stay the same.”

It’s one thing to bring up the subject about her gender being a possible obstacle, but how about her ethnicity? Not much of a problem, she claims. In fact, she may not be much of a minority as we may think. “There’s actually a huge Korean community in L.A. Probably the biggest outside of Korea,” she claims. “So if you go to LA, everyone knows how to eat Korean food. Everyone has a Korean friend. I am a minority in general but being in LA, I’m surrounded by people who are used to seeing people like me.”

Living in a multi-racial city has not blinded her to possible racial challenges though, something she has learnt through touring. “In metropolitan cities, no one really pays attention to race. But suddenly I’ll be in a room in a smaller city and no one is remotely Asian. It has helped me to grow as a person to recognise racism because when you feel in LA, you feel sheltered.”

Shifting between styles and sounds as much as she does, would she consider herself a perfectionist? "I’m a lazy perfectionist." she laughs. "I’m a perfectionist after a track is put out and I’m like ‘Man, I should’ve changed it when I had a chance.’ But it’s fine, I deal with it." She pauses before she adds. "There's an aspect about not being too perfect which helps you grow as a musician. I'm just making stuff that makes me happy." 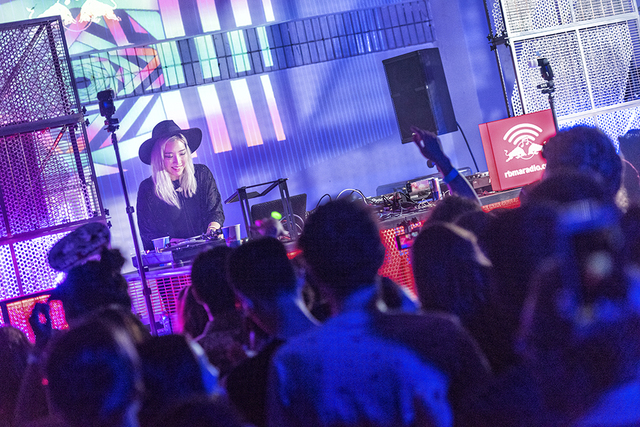 I've always loved Raekwon, especially his voice. If there was anyone I could collaborate with, it would be him and Bjork. All in one track.