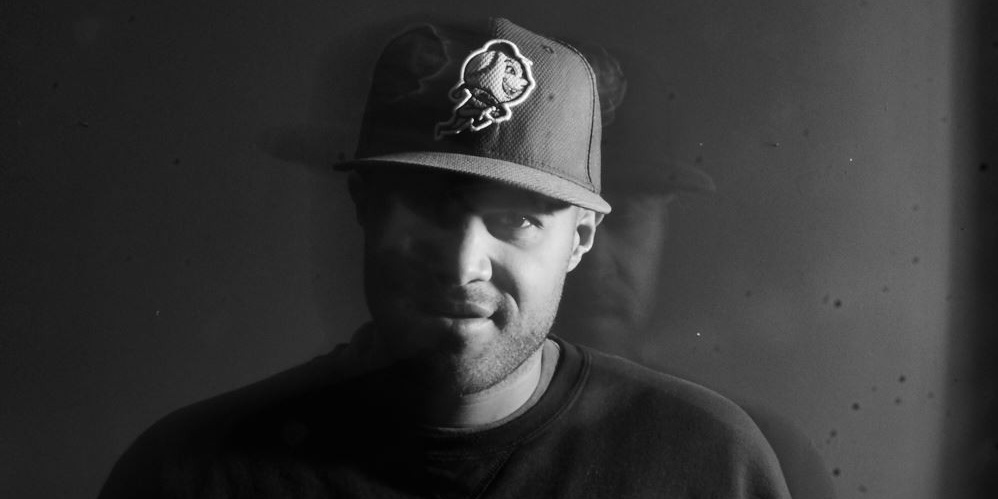 Good Times may have started out as a one-off celebration among friends, but boy, has it grown into an institution over the last nine years. If you weren't already aware, the very first edition of Good Times was actually a birthday party for founders Eric Foenander and Syaheed Isahak. And as the story goes, the event went off so well that the birthday boys, together with co-founder Syafii Ghazali, decided to turn it into a monthly series.

The open-format night runs the first Friday of every month at Blu Jaz Cafe (excluding the odd daytime festival and events at various locations), and has consistently been hailed as one the best underground parties in Singapore. Known for its predilection for hip-hop, grime, jungle, bass, R&B, house, footwork, boogie and everything in between, the charmingly gritty party has always prided itself on its open-minded outlook, no-frills vibe and friendly dancefloor. 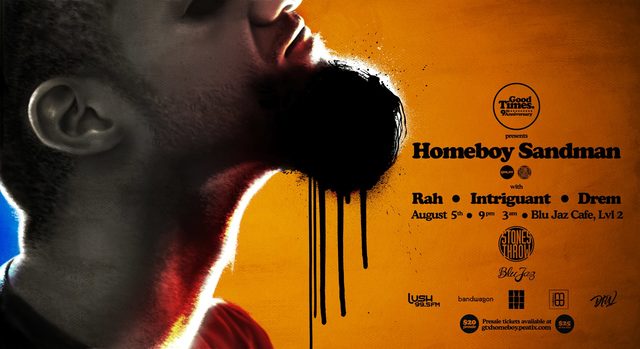 Next month, Good Times and its loyal fanbase (more extended family than attendees really) will be commemorating their 8th anniversary with one of the biggest bashes they've ever thrown - headlined by none other than Stones Throw Records luminary Homeboy Sandman! Yes, the supremely respected New York City rapper, lauded for standout album such as First of A Living Breed and Hallways, will be heading down to Bali Lane for a special one-night only live showcase on August 5th, marking his long-awaited debut performance in Singapore.

Bolstered by critical momentum and irrefutable street cred, it's encouraging to know that we'll be catching the acclaimed MC at the peak of his powers. But outside of Homeboy Sandman himself, the event will also be bolstered by DJ sets from familiar Good Times affiliates, namely Darker Than Wax's RAH, Syndicate's Intriguant and Matteblacc's Drem. Considering the buffet of talent on hand, their pre-sale ticket pricing of $20 ($25 at the door) definitely sounds like a steal!