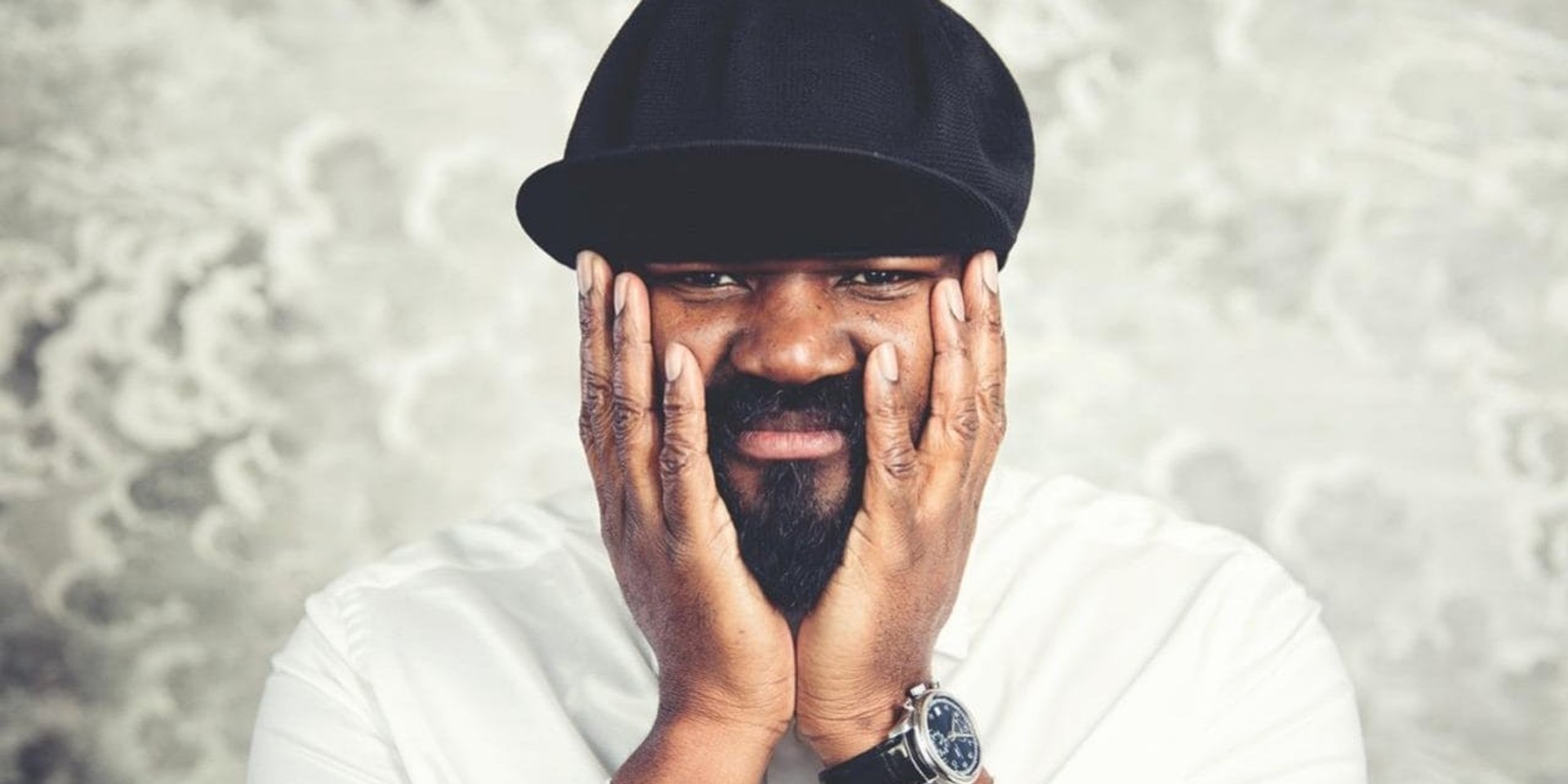 Words by Surej Singh
Photography by The Telegraph

The Daily Telegraph dubbed him "the oddest pop star on the planet" after his appearance at Glastonbury Festival in 2016, but it simply emphasizes the greatest strength of Gregory Porter: vocal talents that are as easy-going as they are extraordinary.

The 46-year-old vocalist has been jazz's greatest success story in recent years, finding worldwide fame after years of slaving in the local bar circuit. He quickly signed on to eminent jazz label Blue Note Records two albums into his career, and his talents have found their way onto songs by Disclosure and Jamie Cullum.

His latest album, Nat King Cole & Me, is one of his most personal releases despite being an all-covers album — consisting of songs by the revered jazz luminary. "Like all the other records, the music of Nat King Cole is a part of me," he tells us, as he looks back at every official album release he's put out thus far, including his Grammy-winning albums Liquid Spirit and Take Me To The Alley.

Here's what he has to say before his live Singapore debut on September 29th at Capitol Theatre. Tickets available here. 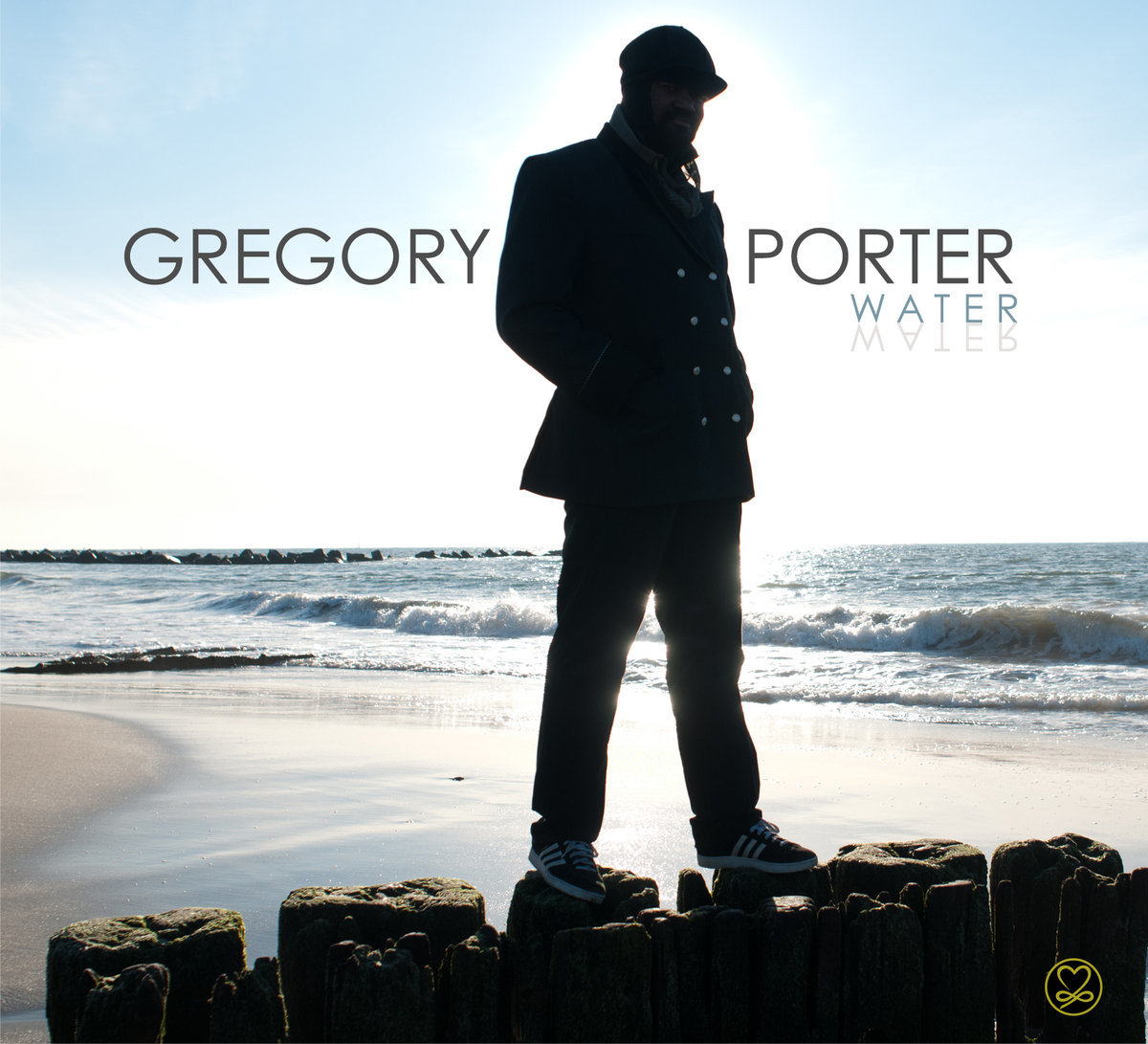 You had been performing for quite some time before this. Why hadn't you released an album earlier?

Gregory: I wanted to have all of the things I needed for success. I could have gone into someone’s garage and record a record and put it out — and maybe I should have — but with the route that I wanted to take, I wanted to have the proper support and have some money behind it for proper promotion after I had made the record.

In a way, I was saving my ammunition for the right time. The route that I took, it took a long time, but I think it was the best one for me."

Talk us through writing your first album. What was the creative process like?

Really just harvesting from my emotions, my family, the things that I felt. I really wanted to write my own songs like '1960 What?' and 'Illusion' and I always felt more of a singer-songwriter."

Kevin Le Grande of BBC Music said of the album: “I think Nat King Cole would be pleased”. What ran through your mind when you heard that?

As one of the significant idols of my music career, I think the idea that people can hear Nat’s influence and appreciate that in my voice is an honor to me. Nat’s music is the ultimate in infusing emotion into melodies and it’s just an honor." 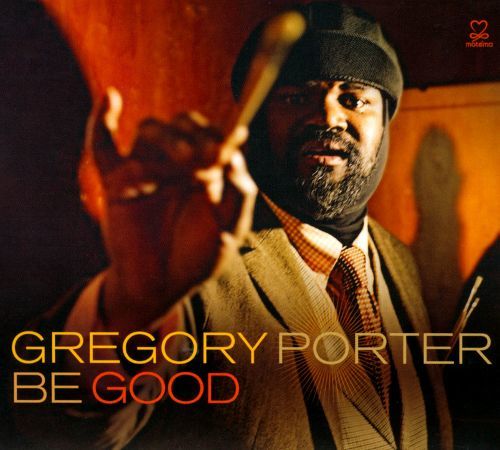 What was your favorite memory of making the album?

After having the success of the first record, people were asking if I was nervous about my second record and actually, I had great freedom in going in to record Be Good.

I had more stories to tell, I was more confident in a way because I got so much attention from my own writing in the first record — so with songs like 'On My Way To Harlem', 'Be Good', 'Mother’s Song', people very much responded to my writing.

Quite frankly, it was one of my favorite albums to make, we just had a lot of fun in the studio and I just enjoyed the whole process of making Be Good. Like with all my records, I was just harvesting from my emotions, relationships with the people around me, politics and the environment and my personal experiences. The ups and downs and all that."

Going into the studio for the second time, were there any changes made from how you recorded your debut album?

Yeah, with Water, I wanted to have a raw sound. I had been performing a lot in Harlem and Brooklyn and I really wanted to capture that live sound. In a way, that’s what we did.

We turned on a recorder and I was like, “let me just sing these songs and expose myself emotionally.” With my second album, I wanted to feel that organic sound and approach again but still showcasing deep emotion and my songwriting. You can’t really explain how much confidence you gain from having a previous record when going into the studio again for the next one." 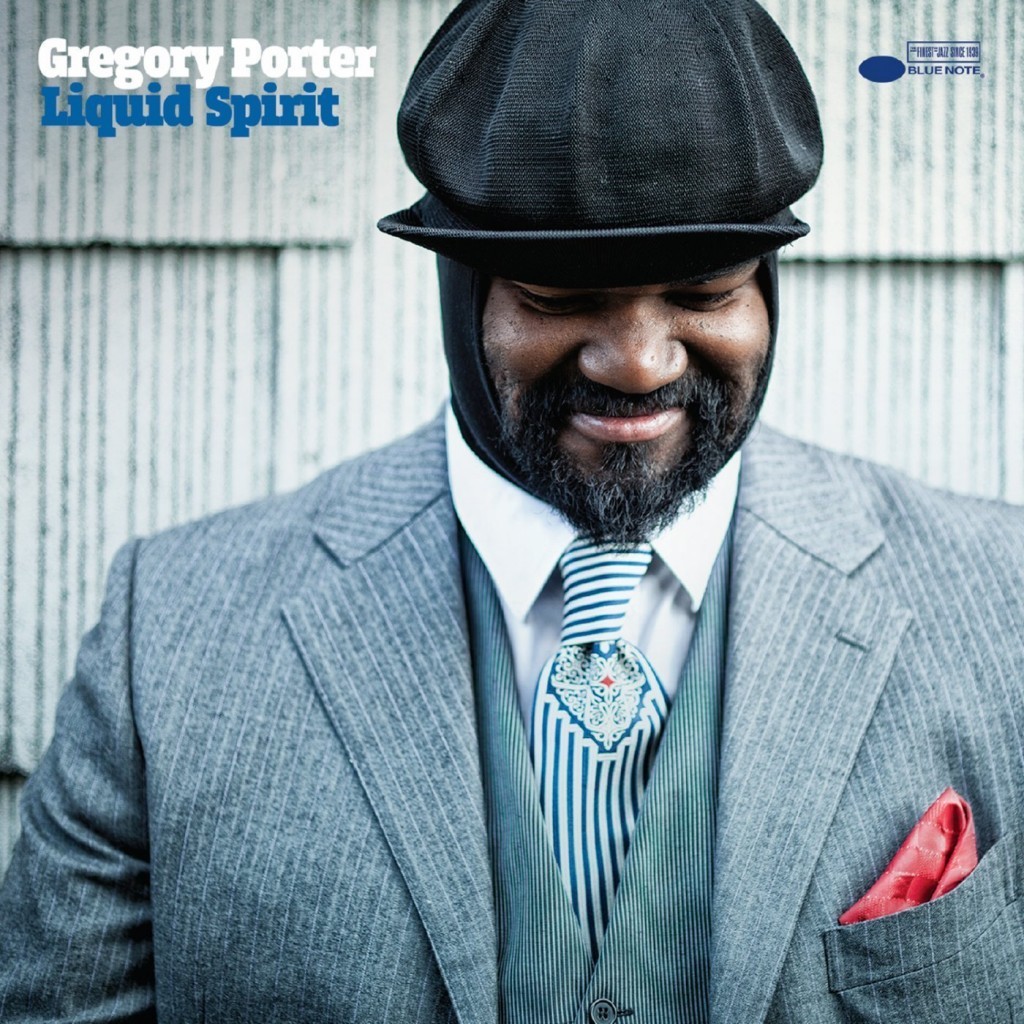 You won the Grammy for Best Jazz Vocal Album in 2014. What was that like?

Amazing. It kind of solidified and gave me further confidence in my approach to jazz — blurring the lines of genre, adding in my expression with soul, gospel, blues and all off those things into my craft.

Again, coming from personal experiences, I used some of my mother’s sermons in some of my lyrics. After creating for years, I’ve felt that being personal is universal. The things that I’ve gone through, other people have gone through as well, all around the world. So people understand very personal songs." 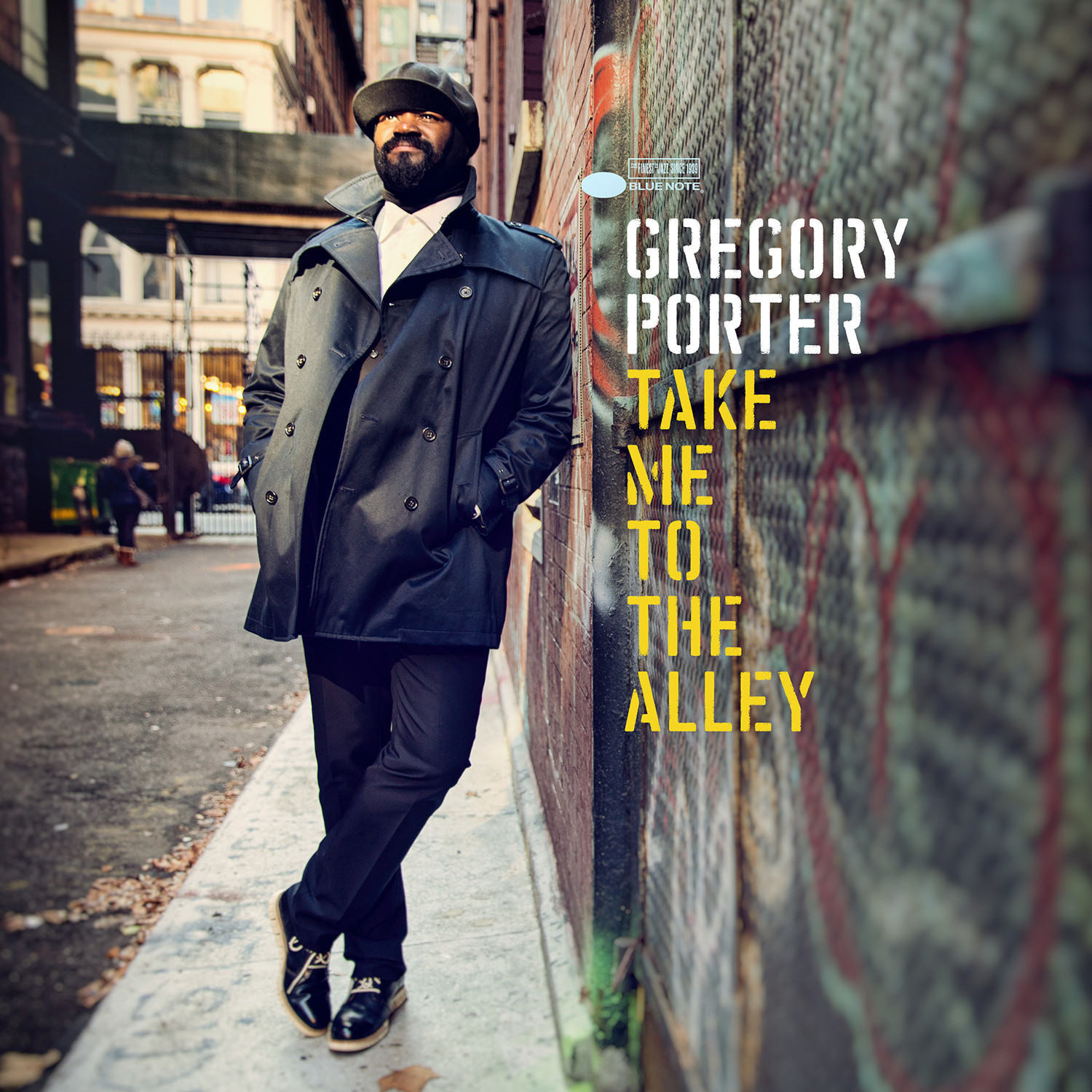 This album earned you your second Grammy in a row, and that’s a huge thing. At any point, did it all get too overwhelming?

No, Take Me To The Alley was a pleasure to do. The difficulty comes in finding the time to write and record.

Fortunately, I write while I’m travelling, while I’m on the road. I wrote a lot of songs in France and in the U.K. and travelling in Asia. In a way, travelling around really made me think about the things that were happening in my life and the things I wanted to say.

It’s a joy to take a moment of your life and put it into art and have that art appreciated — by record sales and your peers, getting that level of recognition and ultimately winning a Grammy. It was a really amazing experience." 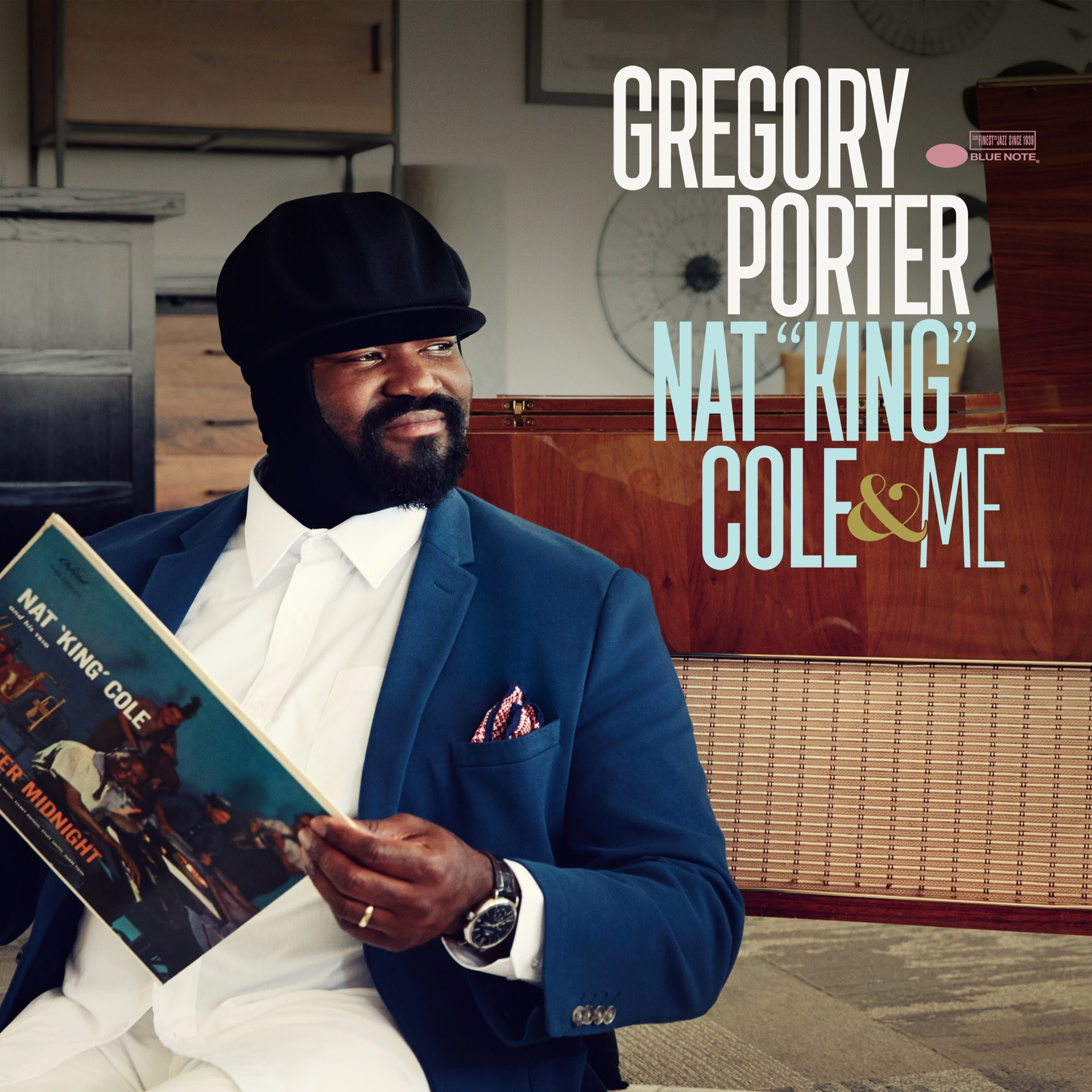 This record is obviously a very special and meaningful one for you — how did you approach an album like this? Tackling a revered oeuvre such as Nat King Cole's.

This record is the music of my mother, of my childhood, the environment, the household that I grew up in, that healed me and gave me confidence in the absence of my father. I think of songs like 'Nature Boy', the last lines of the songs read, “the greatest thing you’ll ever learn is just to love and be loved in return.”

Those types of songs, those types of things are what I internalize and feel when I listen to Nat King Cole’s music. This album is not an imitation, this album is a tribute to the great style and great music that he brought to the world. I’m just sharing my appreciation with the rest of the world."

While the whole record bears a lot of meaning to you, which is the most special song to you?

There’s two. Nat King Cole’s 'Nature Boy' is very important to me because in a way, it has a message, it’s a message-song and has influenced my writing and in a way with the songs that I write about, there's a lot of mutual respect. I’m probably trying to write a song like that.

The other is a song on the record that I wrote called 'When Love Was King'. That’s a message-song, directly influenced by the style of Nat King Cole. It’s on Liquid Spirit but I also put it on this record with an orchestra so people can understand the influence and impact of Nat’s music in my life.

The messages that are in 'When Love Was King', “He ruled the land, with his fist unfurled, With open arms for the world, Of hungry children, first he'd think, To pull their lives from the brink.”

These are messages that we need to hear in today’s political environment. I’ve been influenced by the work of Nat King Cole and a direct example of that is When Love Was King, so both of those songs are in a way spiritually connected."

Gregory Porter will play at the Capitol Theatre on Friday, September 29th. Get your tickets here.