Greyson Chance is coming to Asia.

The American singer-songwriter rose to fame in 2010 thanks to a glorious cover of Lady Gaga's 'Paparazzi', has since released two studio albums, and a plethora of chart-toppers. Now, Chance will be touring the world in support of his sophomore album, Portraits.

Among the stops along the tour are Jakarta, Singapore, Hong Kong and China. Further information surrounding the tour, such as concert promoters and ticketing details have yet to be announced. Stay tuned to Bandwagon for more updates.

In the meantime, check out the current Asian tour dates below. 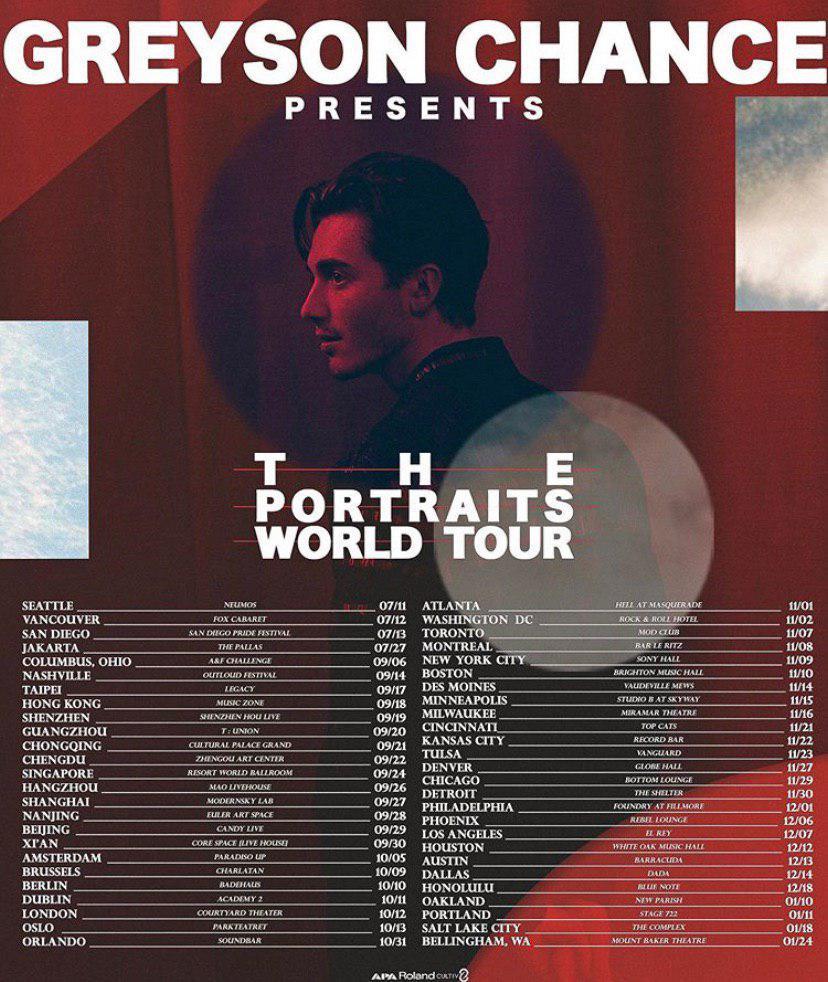