Words by Delfina Utomo
Promoted Video
See more Upclose
It is not fair to peg them as the musicians “with that song in Grey’s Anatomy” because The Fray have long outgrown ‘How To Save a Life’. Despite the breakthrough fame they achieved from the TV show, The Fray have managed to better themselves with every album. We spoke to Joe King, guitarist, occasional vocalist, family man and South Park fan ahead of their secret location show in Singapore for Guinness Arthur's Day celebrations.

For any musician, it is a great honour and beautiful experience when your fans know the lyrics to all your tracks, Joe King says expressively about the last time he came to Singapore to play. He surprisingly remembers a lot and begins on a nostalgic rant of Singapore Slings and chicken rice stalls. 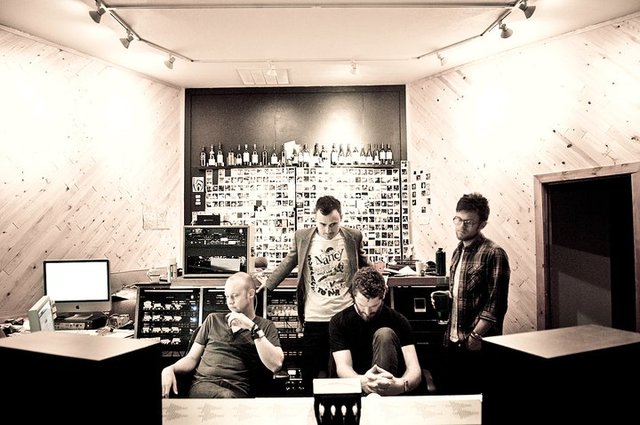 And it seems like the band do have a penchant for anything local. For their upcoming show at Arthurs’ Day, The Fray themselves will be picking their opening band from a selection of our homegrown bands. “We’ve done that a few times, especially in the early years when we’re on the road and we’d take out friends from Denver to expose them to different countries and the different scenes. Every time we travel, we’d have a local band open up for us,” Joe King says and admits that he likes to switch on to the local scene wherever they go to tour. He had a memorable story of a spontaneous decision to let a bunch of 8 and 9 year olds he met at a meet-and-greet in Boston to open for a show. Turns out, they were a hit with the crowd and you had to do was ask.

Though their music may have gone places, Joe King remains very grounded. Whether it is talking about how it feels to play at the Red Rock Amphitheatre in Denver or the first time he heard his song play on Grey’s Anatomy, Joe King displays no evidence that all the fame has got to his head. A family man, King tries to bring along his children to his shows. He remained candid when talking about the time his daughter asked the president for two new front teeth (which she had lost). When the topic of South Park was brought up, he appeared more animated and even dropped some trivia on us – ‘Casa Bonita’ (S07E11) is a real themed restaurant Denver where he had taken his fiancée only two weeks ago (and made her watch the episode in the car before going in). 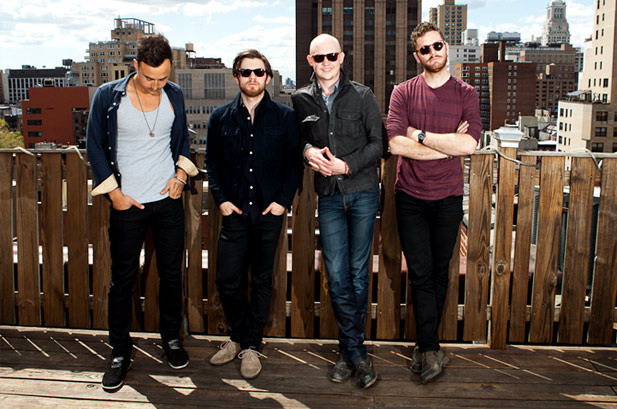 “If you don’t innovate, you die, or you slowly do,” King says half seriously and half laughing. Besides main guitar duties in The Fray, he is also working on his solo project, KING. If you don’t know already, Joe King is a man of diverse musical taste and style. On his own, he cites the new releases by Daft Punk, Justin Timberlake and Arcade Fire as his summer listening and as a musician, he finds being open to trying out new styles key to improving yourself. On his solo record, he collaborated with jazz and funk instrumentalist, Trombone Shorty on a couple of tracks. This new direction left him recharged and gave him a new sense of energy that he used to make new material.

Although he has been hard at work on his solo material, for The Fray fans who have been patiently waiting for their fourth album – it’s not very long now. In fact, they are currently mixing it at the moment and an early 2014 release can be expected. The band has hinted heavily that the new album is one of the best they have ever made and written. Sonically, King is proud of what they have embraced and how they have captured their new and improved sound – it all sounds promising to us.  Four albums on (and some solo ones), a tonne load of touring, and a grounded attitude; The Fray has definitely broken out from the stigma of being “that band from Grey’s Anatomy.”

Stick around on Bandwagon for more updates of the Guinness Arthur's Day and whereabouts The Fray will be playing!