Guitar fanatics get ready to rock the night away at Guitar.com Masterclass 2018 with renowned​​​​​​ guitar shredder, Marty Friedman.

While playing with Megadeth, Friedman continued to create solo records, one featuring Golden Globe winner Kitaro, Scenes. He then left Megadeth to pursue his individual creative ambitions and had colossal success. Now residing in Tokyo, Friedman has attained top-dog status in Japan with a long-list of accomplishments such as being the only foreigner to play the Japan national anthem at major sporting events and writing two bestsellers in Japanese. His fourteenth studio album, Wall of Sound, was released is August last year.

Jackson Guitars, in partnership with Swee Lee, presents a master class with the famed guitarist. He will grace the stage to conduct his guitar clinic as well as perform several of his greatest hits.

Guitar.com Masterclass 2018 with Marty Friedman will be held at The Star Vista, B1 Atrium on 27 November, starting from 7.30pm. Admission for the event is free. Get updates for the event by registering here. 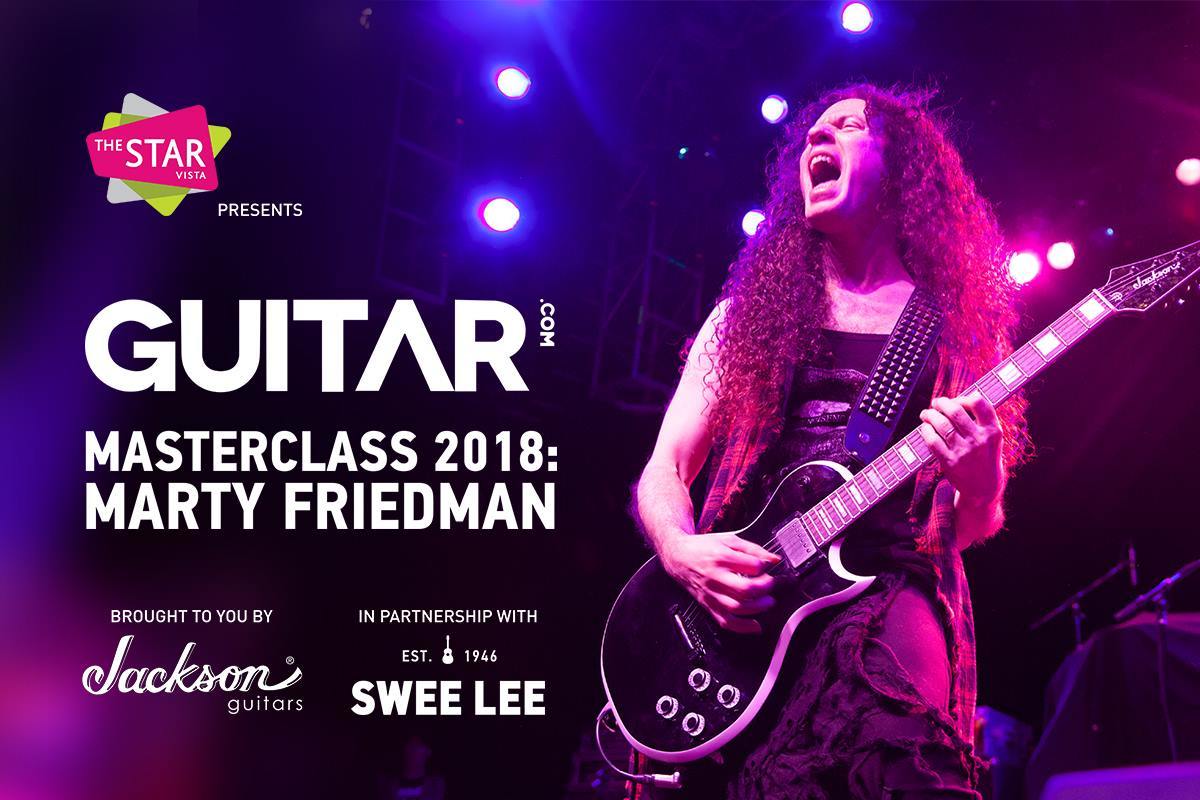