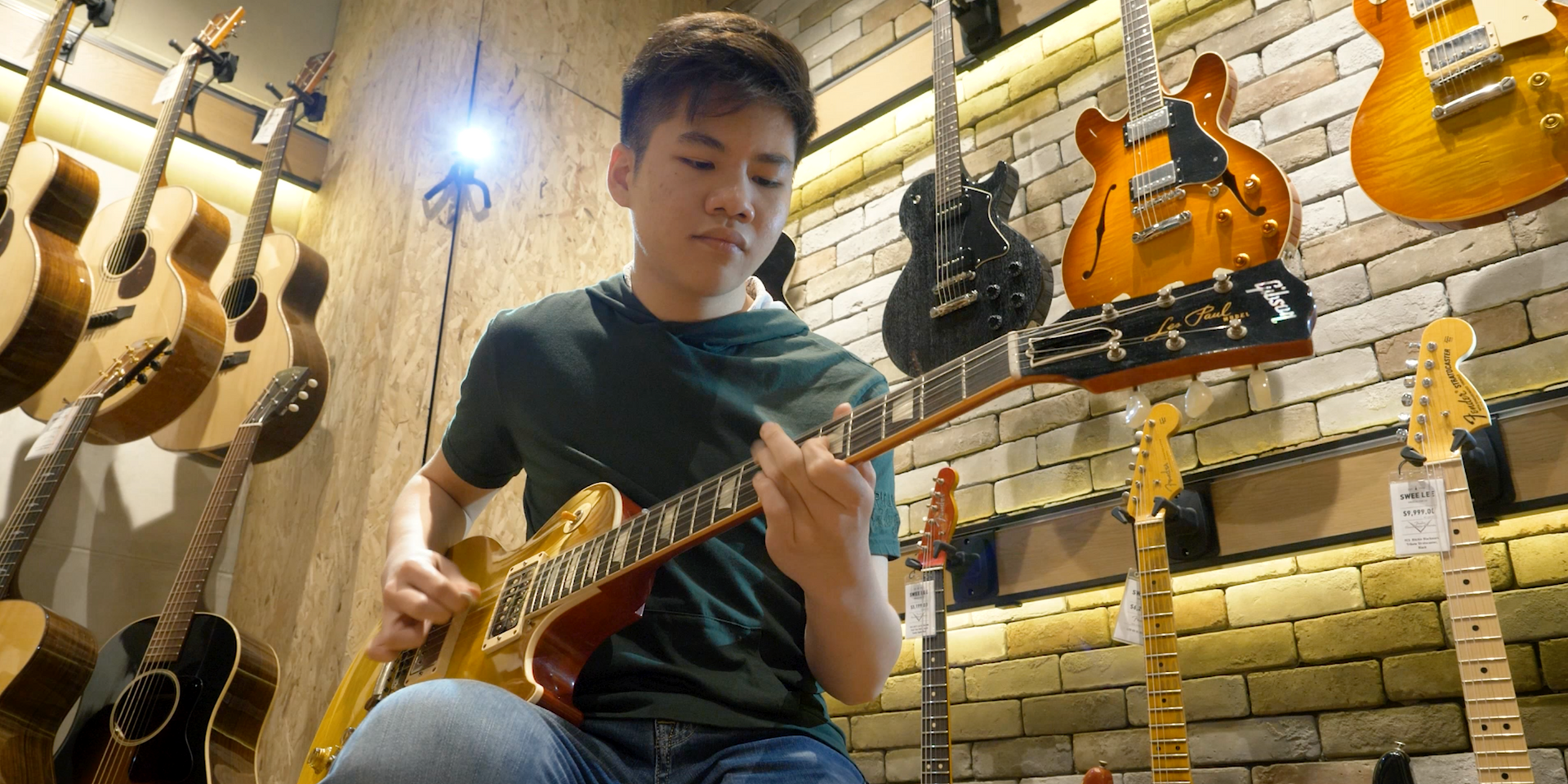 *Special thanks to Swee Lee

Alex picked up the guitar just over three years ago, and last year placed among the top 3 in the Young Guitarist of the Year 2018 competition, with a slew of reputable judges Matt Tuck (Bullet For My Valentine), Chris Buck (Slash, Guns 'N Roses) and Rob Chapman (Chapman Guitars). Known for his love of rock music and impressive abilities on the guitar, we did a little something special with the young talent at the By-Appointment-Only VIP room at Swee Lee's flagship store at The Star Vista.

For guitar rock by one of the masters, catch Slash and Myles Kennedy and The Conspirators live on the Singapore leg of the Living The Dream tour on Tuesday, January 8 2019, at The Coliseum, Hard Rock Hotel Singapore. Tickets from S$148 are now on sale via SISTIC. Get your tickets here.