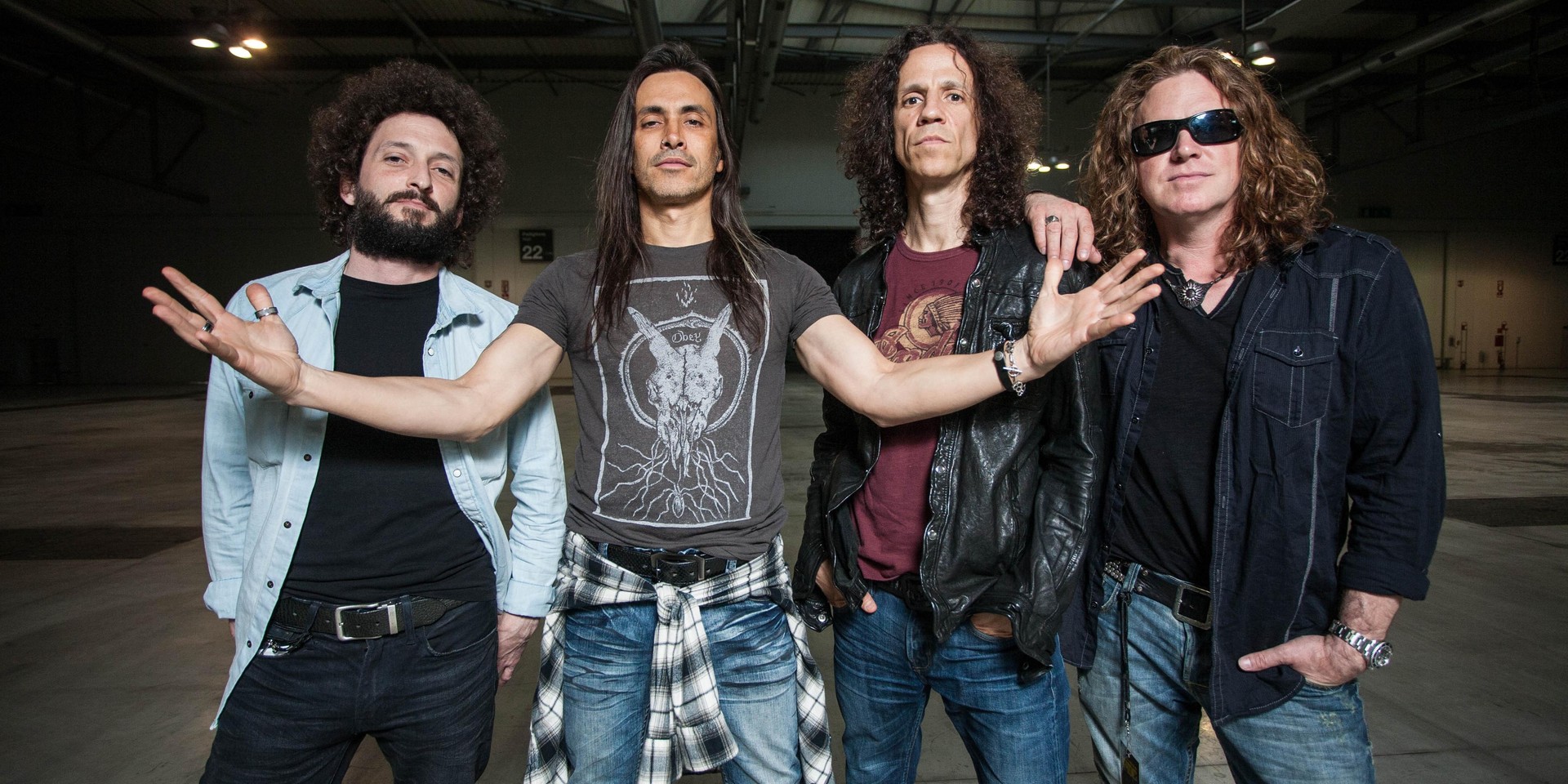 If you were born before the 90’s, chances are you’re familiar with the iconic 1990 ballad ‘More Than Words’. You may also recognise the black and white music video of two men crooning and playing the acoustic guitar, looking like they could star in a shampoo commercial with their silky long locks.

But Extreme fans know that the band is so much more than that ballad they have come to be known for, with powerful, funk-infused rock jams and sexy guitar licks that never quite got the attention they deserved.

You could blame Extreme’s short-lived fame on bad timing: the band was just starting out when hair metal was at the end of its era and being dethroned by grunge. Nirvana was rising, Warrant was fighting to keep their heads up, and Extreme was just slapped in the face with the hard reality that they were much too late to the game.

Still, they produced five studio albums throughout their career and we hear there’s another on the way. So if you want to hear some of their raw, non-sugary sweet material, Pornograffiti (excluding 'More Than Words', of course) is a good place to start. There’s also a stellar 30-minute track on the third side of their ambitious third album III Sides To Every Story that brings out the best of the Extreme.

Bandwagon had the chance to briefly run through Extreme’s five studio albums over the past three decades with the band’s guitarist Nuno Bettencourt (second from left), ahead of their concert here next month. Read the full interview below. 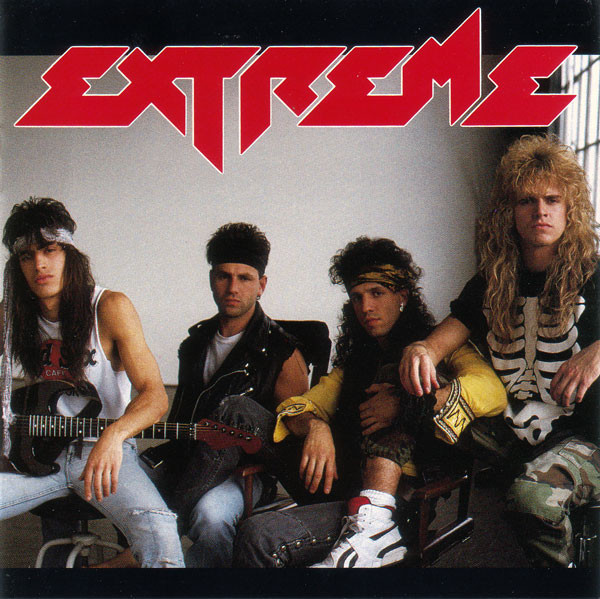 Let’s begin with the band’s first album Extreme, released in 1989. We’re a year away from the record’s 30th anniversary - are there any plans to perform the album to celebrate the occasion?

I don’t think so. I don’t know if we’re going to be celebrating albums every year. I think what we need to be doing is putting out a new album and celebrating it – new music, because it’s been too long. We should’ve already had three albums out since the last one, that’s how bad it’s been. We can’t seem to get our shit together but we are definitely working on it and the idea is to put something out either by fall or by the end of the year so we can tour next year. It will happen one way or another: either way, it will happen.

What’s your best memory of touring for the first album?

The memories for the first album are always the best because it is the first tour. The first tour you ever did is always the most fun, it’s the most innocent. You don’t have any pressure to do anything, you’re just excited. You’re on your first tour bus, it’s your first everything, so there’s nothing like it. I think it’s probably the last of the band’s innocence as friends and as band mates. I think before we have any success that’s when you’re your purest form as a band and as a connection and as a chemistry. And once you have success, you start believing that you’re more important than that, and things start changing, you know. So I think that was the last thing I remember of the first album tour - it was one of the purest and greatest times we’ve ever had as a band together. 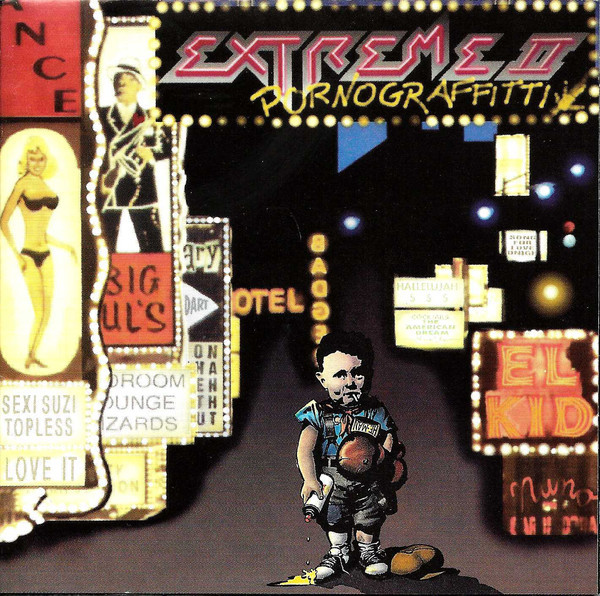 This was the album that catapulted the band to widespread fame with the ballad 'More Than Words' infiltrating the mainstream. Looking back on the track, how do you think it has affected the band’s future and legacy?

Now let me see: ‘More Than Words’ is not a hit. I mean, ‘More Than Words’ is a hit – I'm talking to you right now, and we’re going back to Singapore. If ‘More Than Words’ wasn’t a hit, I’d probably be working at Burger King, I don’t know! A hit is a hit, it helps everything. It helps you to be able to do more albums, write more music, reach more people, of course it has a big impact and it also comes with the bad stuff. Excess is a beautiful and dangerous thing: you want it, and then when you get it, the stakes are higher and things get more difficult. There’s more pressure and the label wants another ‘More Than Words’, so it’s good and bad with all the success but in the end that wouldn’t change the world, of course you want to connect with that many people with a song like that.

When did you realise the song was blowing up?

We weren’t in America: those were pre-internet days, so we were getting phone calls from friends and family then. But we were in the UK when ‘More Than Words’ was all over MTV. It was all over the radio, then Billboard said it was going to go to number one. It was Top 40s and going to number one. I think hearing that from friends and family was pretty exciting. We didn’t get to see it, we actually just heard about it.

Not only did Pornograffiti put Extreme on the map - it also defined the band’s sound. What was the process of recording it?

It was the same as any other album: the band in the studio, a bunch of microphones, and you do your best. Nobody knows what you’re doing, nobody knows if there are hits, nobody knows if you’re going to be successful. You do the album based on just passion which is what should be the only thing you’re thinking about. It’s just the love of the music, the love of the songs and you try to make a killer album. There was no formula, there was no magic, it was just a young band trying to find its sound, trying to find its way and make a great album. 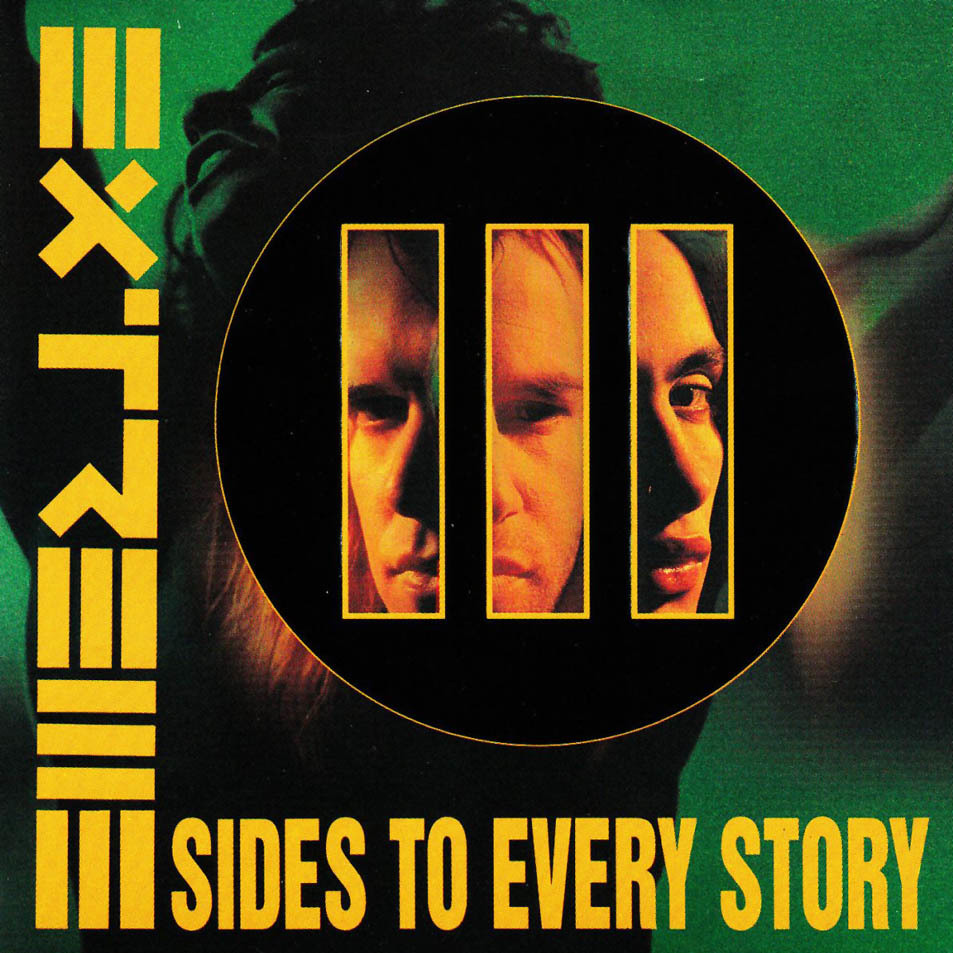 III Sides takes on a more serious tone than the previous two albums especially with the first side, perpetuating messages about anti-war and racial equality. Were there specific events that inspired this album?

I don’t know if there was anything specific. We just write whatever we’re feeling at the time, and this was pretty much what we were feeling. I came with this idea of using an orchestra and having fun with it and building something big for a third side. But other than that, the album was created like Pornograffiti was.

You have likened the omission of ‘Don’t Leave Me Alone’ from the CD version of III Sides to cutting off your arm. Can you expand on what you mean by this?

It’s a metaphor, it hurts to take stuff that you're excited about out. When you have songs that you want on an album and they don’t fit, it’s like taking limbs off. 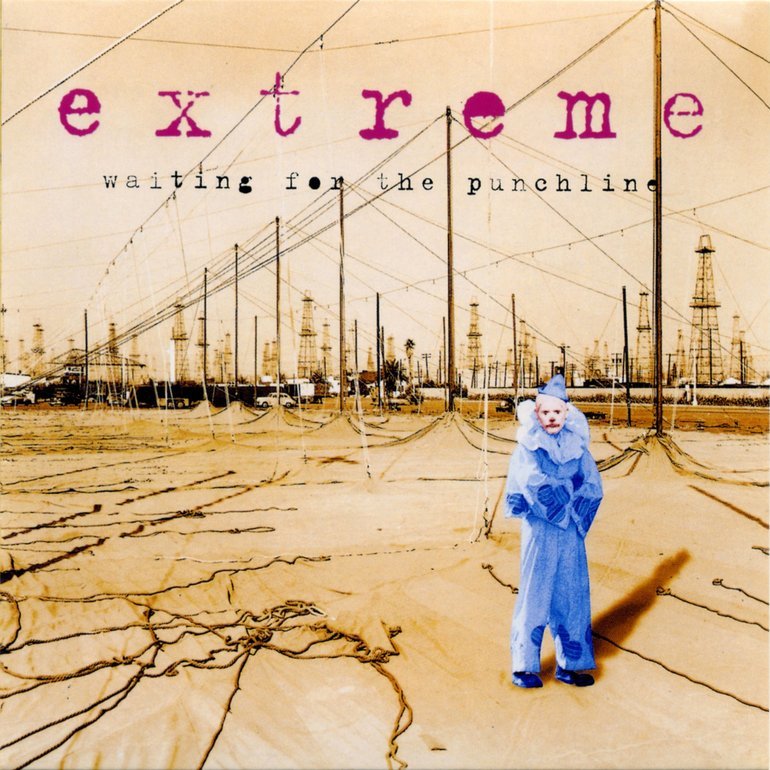 The band worked with Mike Mangini on three songs off this record. What was it like working with a new drummer after all the time spent with Paul?

Mike came in at the end and we recorded three extra songs afterwards, but Paul still did the album. It was really interesting, really different after all those years and all those albums to have someone new with a different energy and type of playing.

This album features hidden tracks and bonus tracks for fans outside of America. How does the band decide which tracks get the hidden treatment, which become bonuses and which songs should be left off the album?

It’s a vote. It’s never an easy thing, basically everybody just talks about it and everybody feels whatever the strongest are, and your personal favourites, and sometimes you get outvoted. Sometimes it’s more about there’s just no room, digital room on the albums in those days. You couldn’t just put it on iTunes with 20 songs. You had to actually have a physical CD so it’s different. 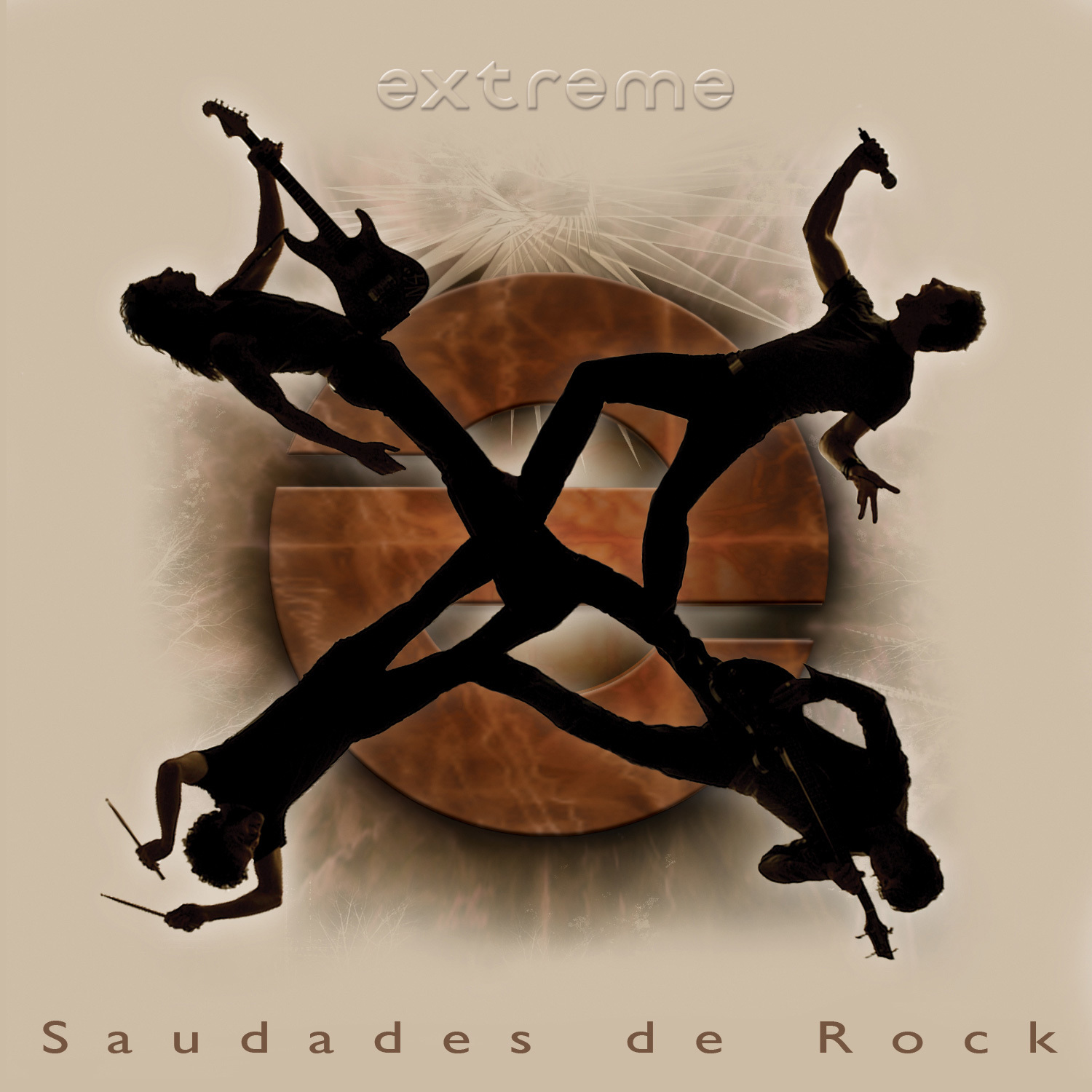 There was a 13 year gap between this album and the previous. Was it hard getting back into the swing of things?

I don’t think it was a swing of things. It wasn’t hard, it’s just it’s been a while so it was definitely just reconnecting. It was more of the personal side. Musically it doesn’t really matter that much but personally it was a little bit hard.

What personal projects have you been working on?

I just had a track with Steven Tyler a few weeks ago. He’s pretty incredible working in the studio. He’s very creative and he’s the ball of energy so it was like two people with the same energy. Usually you only have one of those energies in the band so both of us together was pretty crazy.

Extreme will be returning to Singapore in June and we’re all very excited. I was actually at your show here in 2014, do you remember anything at all from it?

Extreme will play at Zepp@BIGBOX on 11 June at 8:30pm, promoted by IMC Live Group. Standard tickets are on sale for $98, and VIP tickets for $208. Get them here.

In the meantime, watch Extreme's music video for 'Decadence Dance' off the album Pornograffiti below: