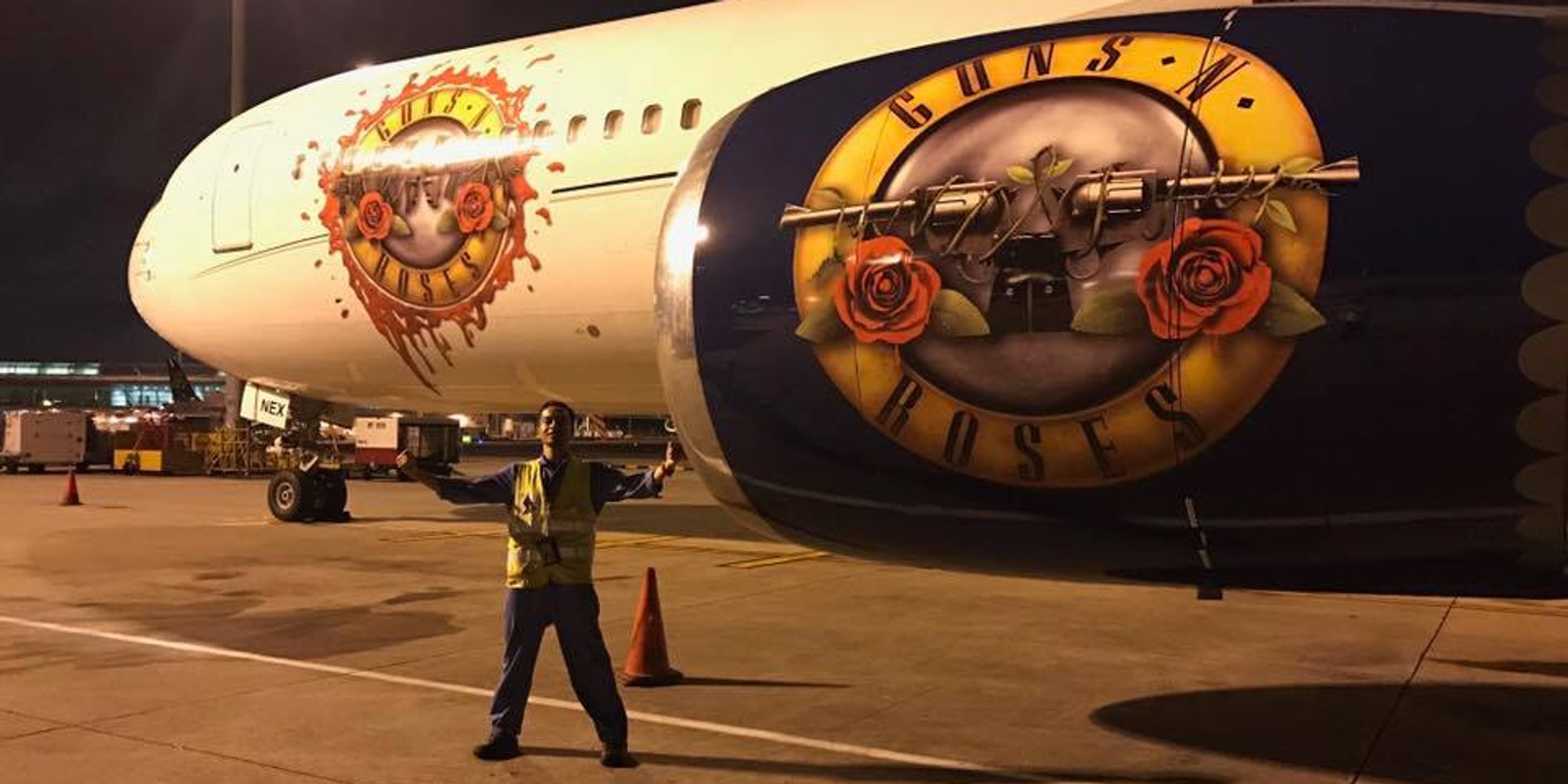 The hard rock band landed in the country on Wednesday evening (22/2), and the band are quietly settling in after a successful Australian tour. Their Singaporean date will mark the start of their first-ever Southeast Asian tour as a band, heading to Bangkok on February 28th.

Changi Airport employee Suhardi Taib detected the not-at-all inconspicuous airplane — as unnoticeable as Iron Maiden's Ed Force One — and grasped the rare opportunity to take a few pictures with the airliner.

While he obviously wasn't able to sneak into the plane, we know for sure that it is a luxurious beaut, as this investigative video shows.

Watch the plane land in Singapore on Wednesday evening, in a video filmed by concert organizers LAMC Productions.

Guns N' Roses will perform in Singapore on February 25th at the Changi Exhibition Centre, with opening acts Wolfmother and Tyler Bryant and the Shakedown. Here's how you can get to the venue.