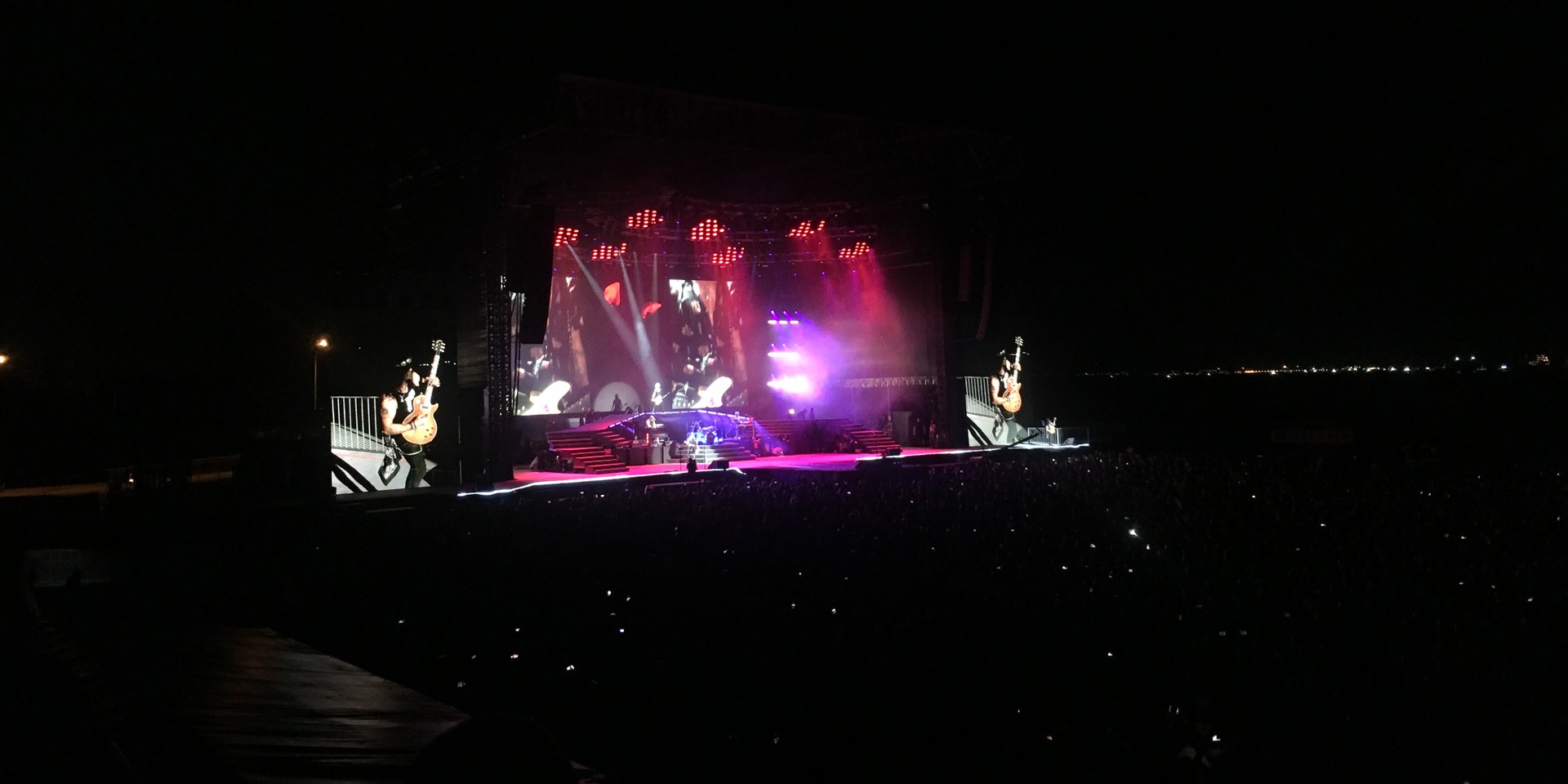 Even as over 50,000 fans made their way to Changi Exhibition Centre for what was likely the biggest rock show in Singapore, it turned out to be a mixed experience for many who waited decades to see Guns N' Roses.

While the hard rock veterans are notorious for being late to their own shows, the band were relatively punctual and fans were able to watch them perform 'Sweet Child O' Mine', 'November Rain', 'Civil War', 'Welcome To The Jungle', and many other hits that have made them icons of the 90s.

It was, however, their experience being at the venue that made many flood the event page with unyielding complaints over traffic and crowd control.

"Some of us were really looking forward to this concert for a long time and the band was absolutely amazing," writes Gabrielle Ferdinands. "Personally, the epic-ness of the performance made me forget about all the flaws of your downright abysmal planning and organisational skills."

One concertgoer, Eric Chua, lamented how the traffic jams — happening just as the main band's set began — forced fans to walk (and even run) to the venue so they wouldn't miss the first few songs. "It took us 1.5 hours to get to the venue with all the massive jam and we missed like 3 songs (1 of which I don't care about thankfully). People were getting out of taxis and Ubers halfway and running to the venue. Traffic management was bleah." 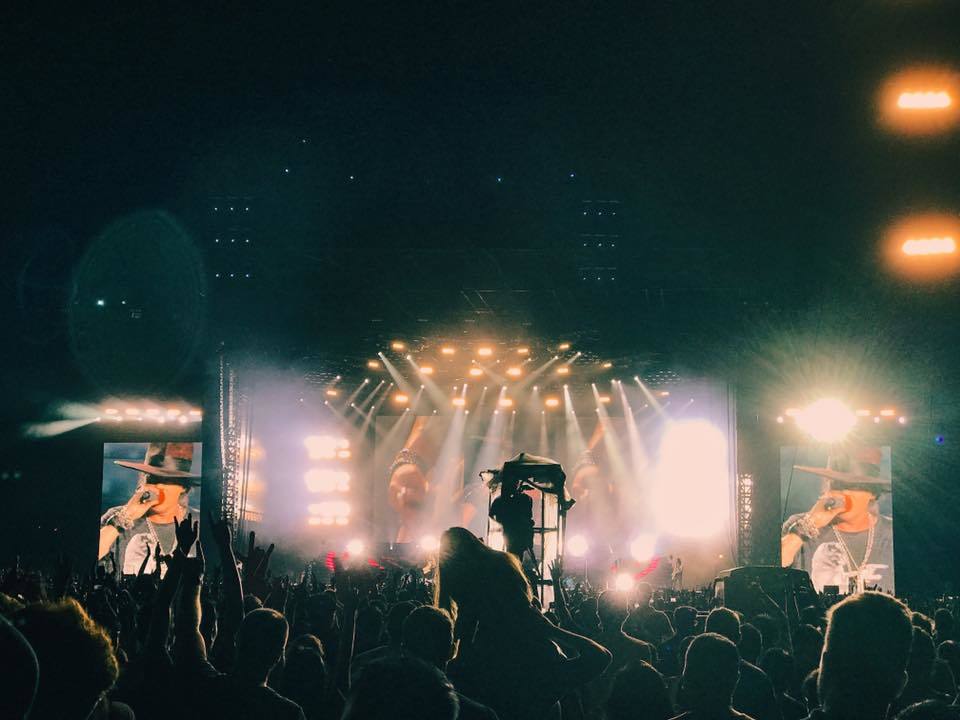 Fans who were even early to queue were left fuming over the lack of crowd control. "...there were NO checks for the tickets either - so people could easily move into Pen A from B etc, which means, we did not have to pay a fortune to be up close," writes Neats Beats on the event page.

And as for the fans who made it inside the venue, their troubles seemed far from over. One famished fan was apparently left waiting over two hours to receive a burger, citing the lack of adequate stalls to service the massive crowd.

"Pen A has one of the biggest crowd numbers, yet only one food stall was provided. What's the logic?" writes Paul Yuen.

He continues, "Anyway, while the queue was snaking, one of your [LAMC Productions] crew decided to exercise some 'crowd control' in front of the food counter and completely messed up proceedings. People were cutting [the queue] left right and centre. I could easily have gotten my burger after one hour of waiting since I was so close to the cashier. Yet, due to your staff, he messed up the entire thing and I ended up waiting close to two hours for a single burger."

Drink stalls allegedly ran out of alcohol early and lines stretched within the massive exhibition hall, where booths were also on hand to sell exclusive band merchandise. One attendee, Rich Junior, took pictures of the lengthy queues.

All food and beverage payments were required to be made through RFID wrist-tags, which have been used by music festivals like Laneway and Neon Lights.

But with exhaustingly long queues and limited stock, many fans were left with plenty of money in their tags, which LAMC have since pledged to refund. However, LAMC have, so far, kept quiet about other complaints, garnering more heat from dissatisfied fans.

Within the excessive indignation from people who've flooded LAMC's page, are they right to be angry at them? Let's take a look at the case against LAMC Productions.

"Traffic was so jammed, I had to run over to catch the band before I missed their first few songs."

If the show's being held a venue you're unfamiliar with, fans — as consumers — should gauge the time spent to reach the place. The later you arrive, the more trouble you would have going into the venue. And, with an event attracting more than 50,000 fans, there will be traffic issues.

With unaccommodating roads leading to the venue, the blame can't be placed entirely on the organizers. Hot tip: be early.

"Why did they choose an ulu venue like Changi Exhibition Centre and not somewhere more accessible like the National Stadium, The Meadow or The Padang?"

Unfortunately, the National Stadium has been infamous for providing sub-par acoustics, so even if F&B and crowd control problems were remedied there, there wouldn't be a change in the sheer amount of complaints that now flood social media.

The Meadow is simply not a big enough space for a massive rock concert like this. However, The Padang still seems feasible, having attracted a crowd of 50,000 for the F1 concerts in 2016 with Imagine Dragons and Queen. But the event did benefit from road closures meticulously laid out by F1, and it's difficult to commit to a similar security routine for a single show, whereas F1 held a three-day, multi-stage event akin to a music festival. 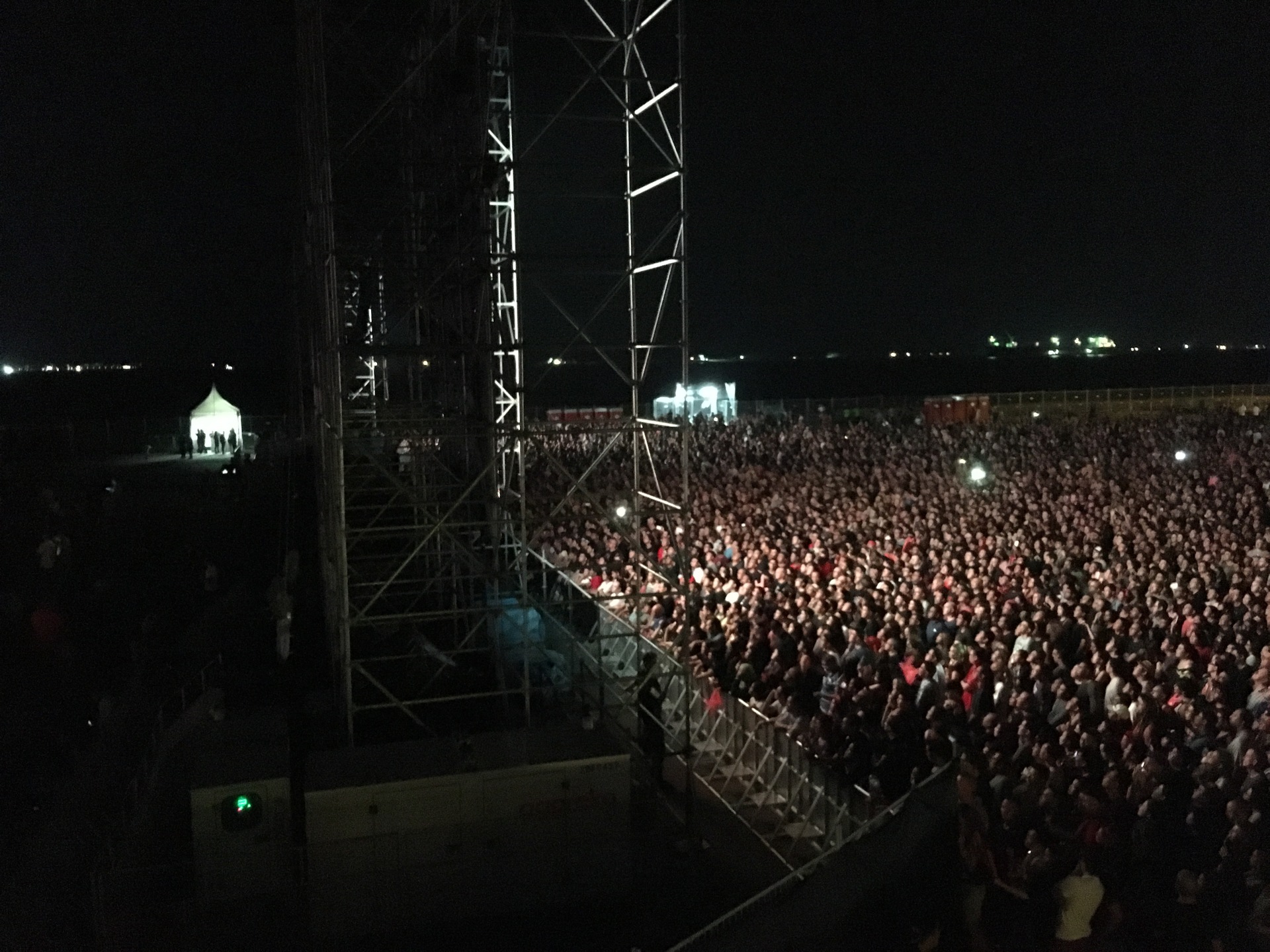 "Why were there only two bars with limited alcohol and food servicing 50,000 people?"

We don't know either. There was likely a communication breakdown between the vendors and the promoters — which could have been easily avoided with better planning. Even at Laneway, an event that attracts about one-fifth of the crowd at GnR, there were at least eight stalls, armed with plenty of food and drinks to last the entire day.

But if you've been to enough concerts in your lifetime, you'd know better than to save your appetite (for food, not destruction) until you reach the venue. Eat and drink wisely — always get your fix before the concert, in a place closer to civilization.

It is terrible that many fans missed out on alcohol. At a rock n roll show, drinks are almost mandatory, but groping is not. For inebriated fans who thought it was fun doing that, the alcohol was wasted on you, and we hope you were stuck in that traffic jam for the rest of the night.

There were fans complaining about limited access to water — we hope LAMC tighten up and offer free water at their future outdoor shows (other than the nice security guards near the stage). Instead of barring plastic water bottles, there should also be adequate recycling bins on site to prevent wastage.

And, you know, more bars.

"I waited more than two hours to board the shuttle bus and get out of the venue."

It's possible LAMC did not provide a reasonable number of buses to fetch tired fans from the venue, along with enough wardens to handle the continuous stream of vehicles. Coupled with traffic issues, with both private cars and taxis hastily making their way out, there's bound to be a lengthy wait.

As massive Changi Exhibition Centre may be, it doesn't seem like the roads leading up to the venue are adequate to handle heavy duty traffic. Maybe it's time to have an MRT station there?

Conclusion? Changi Exhibition Centre is simply not a convenient venue by any stretch.

In order to accommodate massive crowds that attended this show and Metallica's in 2013, there just aren't a bounty of choices in a small country like Singapore.

Concerts like these are a rare occurrence, so if you find yourself with a ticket to a show at the venue, it's better to get yourself ready next time — arrive early, bring your own food and drinks to enjoy while in the queue, wear comfortable shoes, bring portable phone chargers.

However, it's clear that a lot could have been done by LAMC to rectify some of the problems that concertgoers faced — there should've been more bars and food stalls, road traffic could've been managed a lot better (this example of a fan's experience from a Tokyo show is perfect), and there should have been much tighter security at the venue entrances and shuttle bus lines.

Bandwagon has reached out to LAMC Productions for comments.