Stereophonics are like vintage Nokia phones: simple, straightforward and reliable. One of the most consistent and enduring acts to emerge from the massive Cardiff music scene, they showed the world that you didn’t need overly sophisticated musings or mad technical skills to write a good rock song. All you needed was a story to tell, and a voice to tell it with.

And good golly, what a glorious voice frontman Kelly Jones has.

Unwavering throughout the hour-and-45-minute show, it is his immense voice with that lush, rugged whisky tone that lends an emotional authenticity to the songs. Pushing on 40, he’s shown no signs of burning out or fading away since the last time they were here in 2010; if anything, he’s only getting stronger and louder. From the soaring chorus of 'Just Looking' to the more drawling legatos of 'Have a Nice Day', Mr. Jones delivers it all with such cool ease. 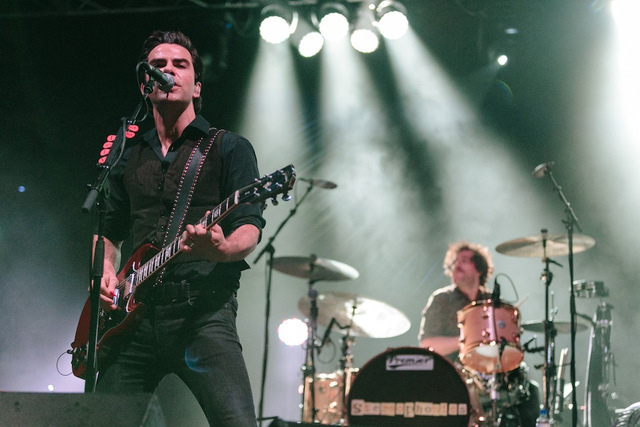 Touring for their 8th studio release, Graffiti on the Train, their new record retains the thoughtful poetics; Kelly’s humility of the young man who once wrote of a simpler time as a teenager in Wales remains intact, while musically ricocheting between menacing punk-infused riffs and catchier radio-friendly pop rock. Certain notable tracks like 'Roll the Dice' and 'We Share The Same Sun' had that epic scope to them that would fit right at home in a stadium. And that’s when a thought occurred to me.

For starters, I’d thought the 4-piece (5, if you include long-time touring keyboardist Tony Kirham) ought to be playing at a larger venue. Other than the fact that they have been around for a while now, this is a band that is best realized in a proper arena-sized venue; why else do you think they have been consistently headlining festivals?  While their stage for the evening in Fort Canning Park still made for a lively spectacle, it seemed more suited for “An Unplugged Evening with Stereophonics” or something along those lines.  Regardless of venue size though, they definitely still played like in a stadium.

And goodness gracious me, ‘loud’ is a gross understatement to describe their sound. 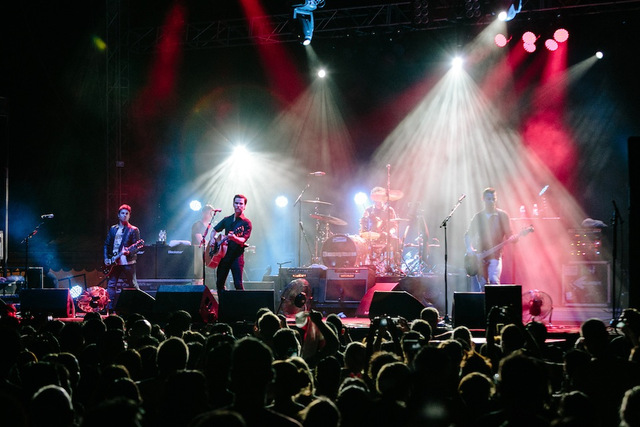 With a wall of sound fully capable of shattering the teeth of the front row audience to fine powder, it would have been nice to see them scale it down a little to fit the space better. While the big sound may be more appropriate in festivals where the idea is to have your voice and your amps reach out to the rear end of the venue, in a more intimate space, one can’t help but feel this approach sets up some sort of wall between singer and spectator. For first timers, some would be curious to know whether he actually knew the boy he sung of in 'Local Boy in a Photograph', or whether 'A Thousand Trees' really was about how a man’s life was ruined by one small rumour that spread like wildfire or whether it was an even more profound metaphor for… something entirely different altogether.

Perhaps Mr. Jones is not one for anecdotes. And I know it may suit some of the audience just fine; they prefer just the music without the baggage. But who am I kidding? Let’s point out the pink elephant in the room and admit that a sizeable chunk of the crowd was probably only there for 'Dakota'.

But delivered a rocking good show, they did. Despite the changes in the line up over the years, with Jamie Morrison joining the fold as their 3rd drummer to date just last year (I sense a Spinal Tap trope at work here), their sound and chemistry was airtight. With a setlist cherry-picked from their impressive back catalogue dating back close to two decades ago, their extensive time on the road really paid off. Everybody was enraptured as one of the last bastions from the 90s British invasion still kept up the energy and impeccable performance on stage, putting many younger acts to shame. Aye, sometimes experience does trump all. 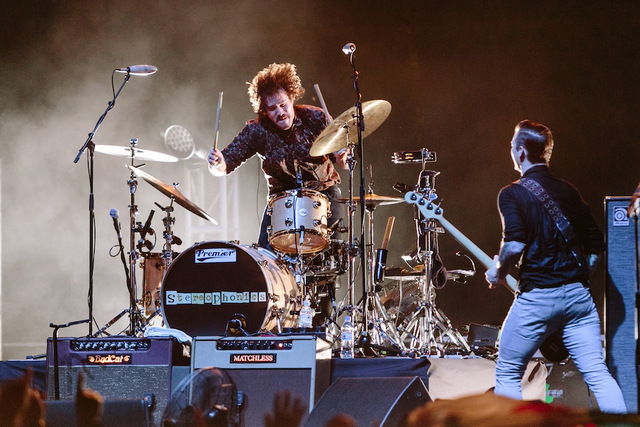 And by good Will Hunting (Ok, I’m running out of these themed conjunctions here), where do these guys get the stamina? I watch in awe.

Nevertheless, it’s a special kind of joy to watch a band live that you grew up listening to as a teenager. Like when the “oohs” of 'Maybe Tomorrow' comes on, or when the fuzzy keyboards of 'Mr. Writer' teased the audience with an extended intro. Whatever I’ve said about the conditions of the gig and whatnot, these guys have nothing else to prove, and they don’t owe anyone, least of all me, a bloody explanation.

And most wonderfully, their songs have aged well. They stood against the test of time, with some older ones sounding even fresher than their newer work, hearing it again after all these years. I remember these tunes filling the airwaves of my younger years. And it’s a priceless thing, to still be able to remember that simple kind of joy. Yeah, I had a nice day. 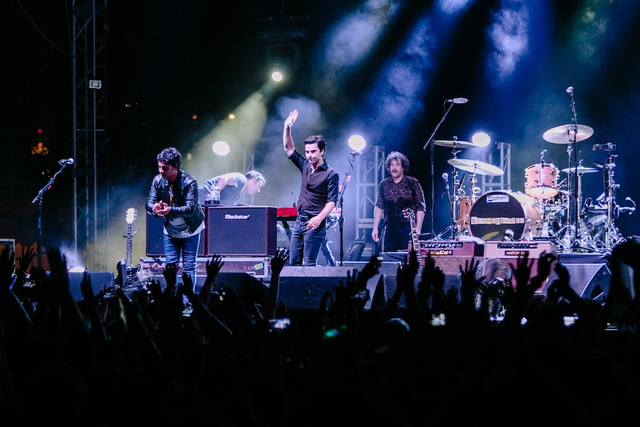