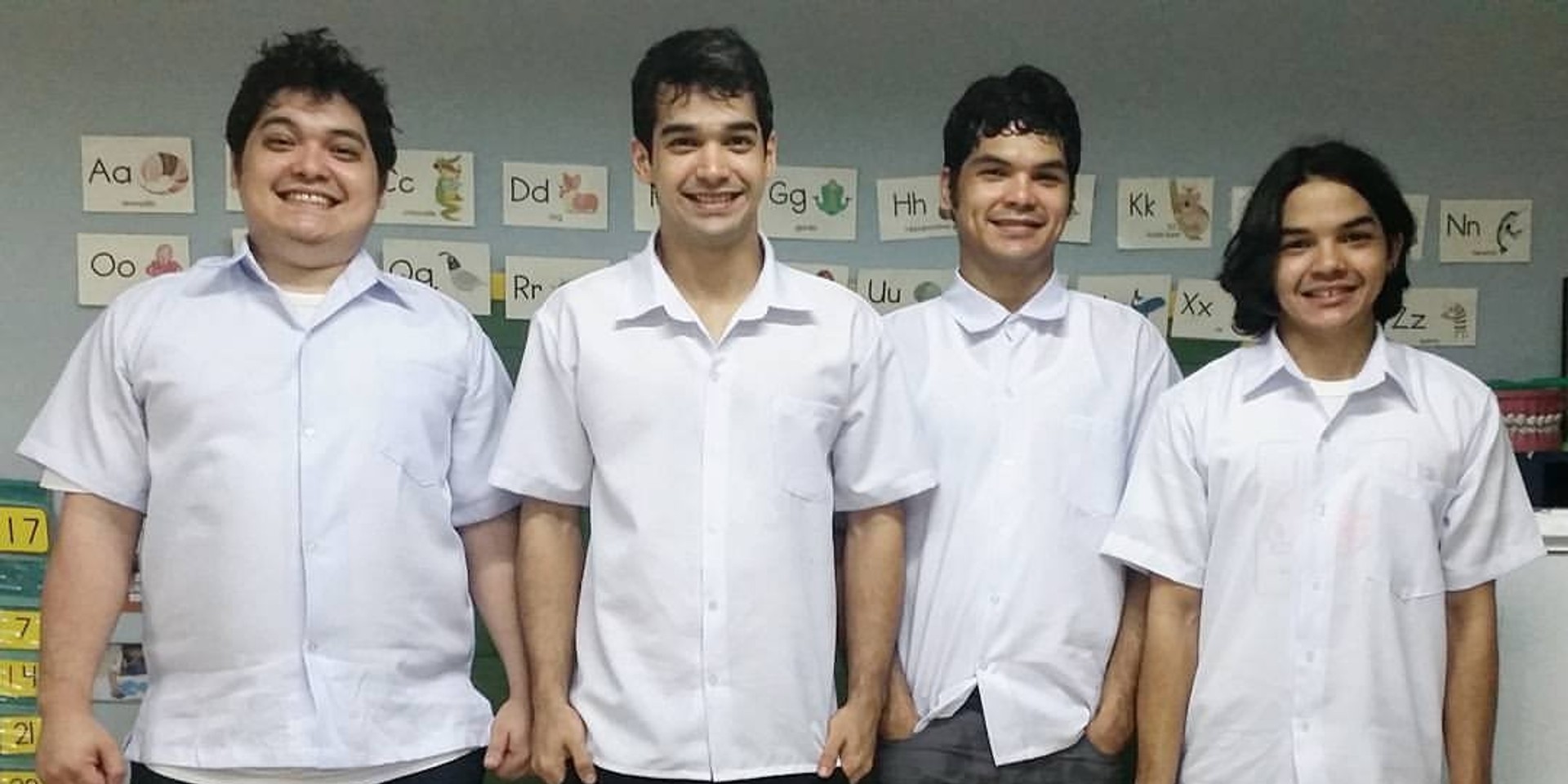 It’s been six years since the launch of Hansom's album, Kanta ang Panlaban, and four years since their last music video. But the quartet is on full resurrection mode as they release a new music video for "Stretching", their first single off their forthcoming EP set to be released this October.

The video features the brothers revisiting their younger years as they don school uniforms and cause a lot of ruckus inside the classroom. The track, recorded and mastered by Nicholas Lazaro of La Balls Recording Studio, goes “Kapag ikaw ay bobo, ikaw ay masasaktan / Pag matalino ka masyado, wala kang mararamdaman" and stands as a reminder of Hansom's buoyant wit and comedy when it comes to songwriting. This humor, not lost in the band's growth, has shaped up to be an integral tool as they tread a more mature territory. The song's evident thesis is its chorus, "At walang magagawa ang iba kung sino ka / Alam mo na ang sagot sa buhay / Kayang kaya ‘to." It's clear that as Hansom maintains its punk rock roots and signature hilarity, they're equally ready to assert a more grown up version of their selves.

It's fair to say that Hansom has been relatively quiet for a while now. What has everyone been doing?

TON: Getting collectively older! Haha! Lino is now a junior in college, kuya (Gino) has a wife and a baby, Aldo has been drumming to the beat of advertising, and I'm now a fitness entrepreneur. How things change but we still play and make music! People who know us know that we have lots of songs you haven't heard.

Correct me if my research is wrong but your very first music video as a band was "Kaawang Pangarap", a COM 124 Project; and this one, "Stretching", is also for COM 124. What is that like? In some ways, do you feel like you've come full circle?

GINO: I'm not too sure with the class code but Kaawang Pangarap was for Francis Tan's Quark Henares class in Ateneo. Francis and Victor Anastacio, the star of the video who is a successful comedian now, are my high school classmates. A lot of really good directors and musicians went through Quark's class and LFC. We are just lucky to continue work with a lot of talented artists from different fields.

Tell us about the concept and the story behind it. How did you prepare for the shoot? What did you visually try to accomplish with the video?

LINO: It’s all about waiting for your parents to come pick you up. You could do whatever you want, and often learn more than you would from being a bored kid stuck in the classroom. Luckily we were pretty much given free rein to mess around as much as we wanted.

This new song, "Stretching", what is it about?

TON: Stretching is the first song of a 3-song medley. Cohesively with the other songs that will be on our EP, it's about getting lost, finding yourself and learning about life the hard way. I think a lot of young folks will be able to relate.

Hansom is known for humor not only in its lyrics but for the videos you come up with. We see that trend continued in the new music video. Why is this so important to the band?

ALDO: Hansom has always in essence been a band all about having fun and not taking anything too seriously. Our older songs had a heavily high school skewed humor because that was the life stage we were in. You could say that that's how the sense of humor came out back then. Nowadays we still like to have silly fun so while the content of the songs has changed, the point is to just play around. So in this music video we made a whole school campus into our playground. The new element in some of our newer songs including stretching though is an active attempt to put a positive message into what we say. So we're still silly but now with a greater skew to positive energy.

I know Lino has been mobilizing a lot of things for the band - this music video, the upcoming EP launch. How is it like to have your youngest sibling in the band?

GINO: Lino has officially been with the band since about 2011, so it's been six years. Its been great! He's added a fresh dynamic because he's experiencing something we've done in the past for the first time. He's probably the most talented brother because he's a musician, a film maker, an artist, a writer, composer. Now he's getting into event production because of his love for the local gig scene and we couldn't be prouder.

You have an EP coming out this October. What should we expect from it?

TON: A much more cohesive set of songs with a much more positive message than what Hansom has ever stood for. It's still punk rock but this time it's a different flavor and not just about ampalaya or action men. It's also for everyone who has ever been to Quezon City and in particular, Cubao.