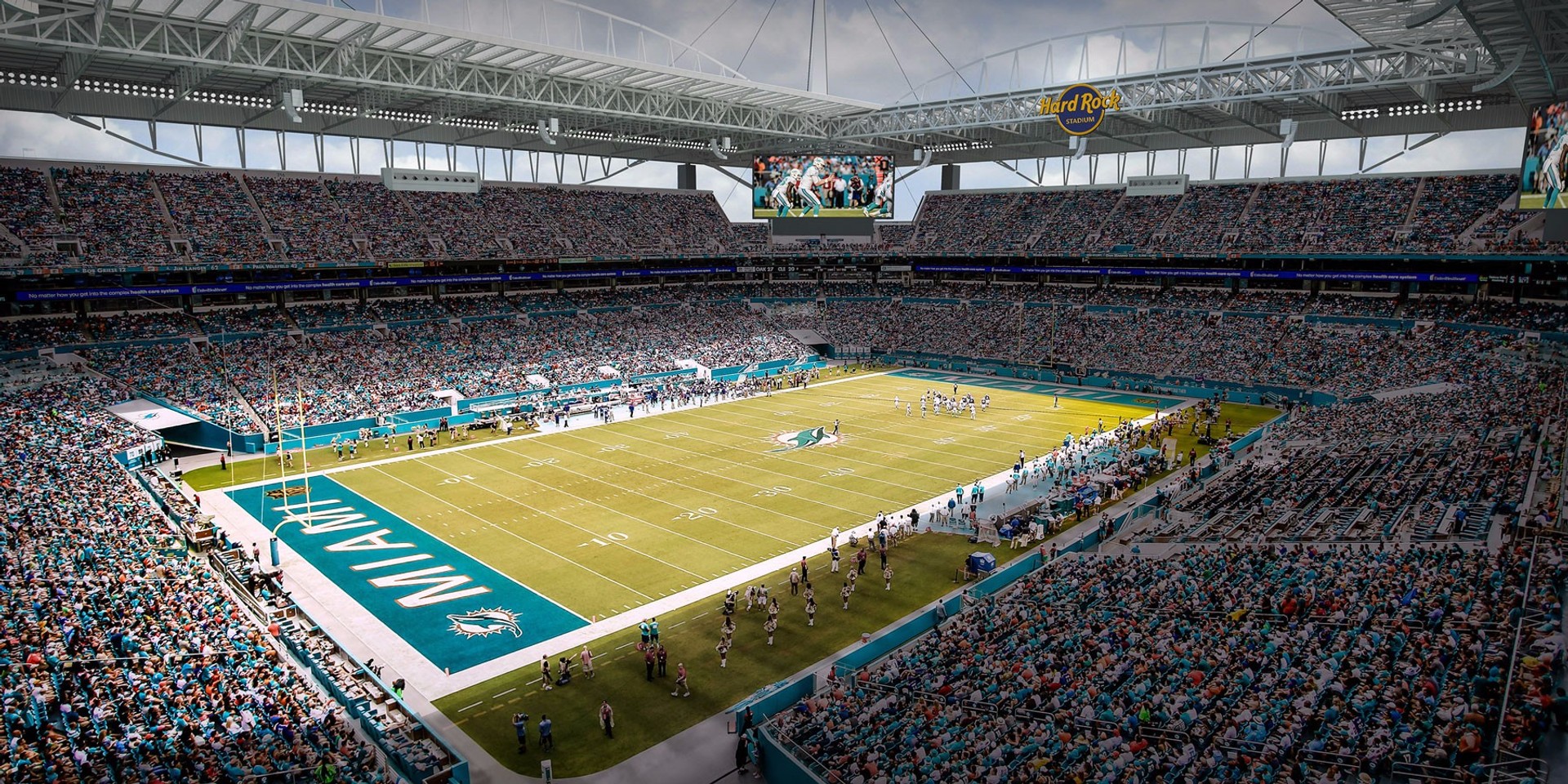 The Hard Rock Stadium in Florida has played host a number of huge events over the decades, including five NFL Super Bowls, two NLB World Series, and even WrestleMania XXVIII. And soon, it could also be the venue for your next gig!

As part of 2017's Hard Rock Rising programme, Hard Rock will be organizing a global battle of the bands competition involving artists and music acts at more than 125 Hard Rock Cafe, Hotel, and Casino properties across the world - including Singapore.

And best of all, the winning band or artist will get a once-in- a-lifetime opportunity to play during halftime at Hard Rock Stadium - home to two superstar teams in the Miami Dolphins and the Miami Hurricanes.

In addition, the grand winner will get a chance to create a professionally-produced music video, which will be added to Hard Rock’s world-wide video system. But even if you don't win the big one, don't fret because all finalists will also receive $1,000 USD, a Fender instruments prize pack, and a 1,000 CD/DVD pack of the artist’s latest recording or video from Bison Disc,

If you're keen to participate, the process is pretty simple. Hard Rock, in partnership with ReverbNation, has already opened online registration for interested musicians, and you have until Thursday, March 30 to sign up.

Watch The Who perform at Hard Rock Stadium during the Super Bowl XLIV halftime show.

Following open registration, entrants will receive a unique URL to share, encouraging their fans to vote online. The act who receives the largest number of online votes will become the wildcard “winner” for their local Hard Rock. The online voting period runs from Monday, May 1 through Saturday, May 6.

The top three acts and one wildcard “winner” in each market will perform as part of the Hard Rock Rising Battle of the Bands competition, taking place around the world between Thursday, May 18 and Thursday, May 25, 2017. A panel of international music industry professionals will then narrow the local cafe winners down to four regional finalists and one global grand prize winner.

According to Shailyne Berges, Marketing Manager at Hard Rock International, “Hard Rock Rising is a one-of- a-kind global competition that provides an opportunity for aspiring artists of all genres to showcase their talent and connect with new fans."

"Musicians in more than 70 countries around the globe entered Hard Rock Rising and nearly 175,000 votes were cast by fans in the wildcard round in 2016. This year’s competition is sure to be just as fierce, and we’re looking forward to putting the winning artist on the fast-track to success with a performance in front of thousands at Hard Rock Stadium.”

For full rules and more information on Hard Rock Rising Battle of the Bands, please visit their official website. 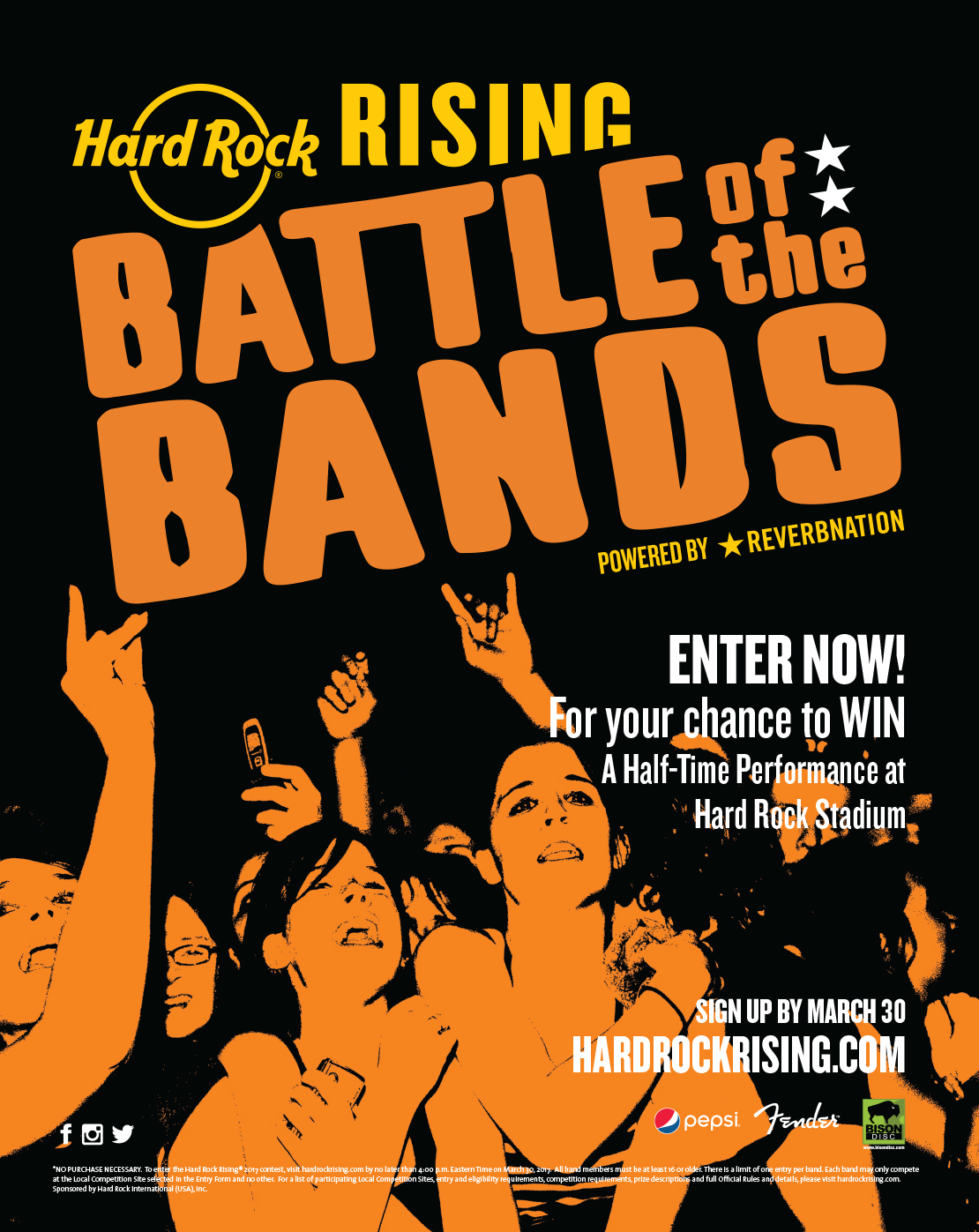