Love is a legit industry in Japan. Cuddling cafes, hostess services, boyfriend/girlfriend for rent - it’s hard to say it’s a healthy industry, but it definitely is a colourful one. And then there’s the world of dating sims (or dating simulations) video games. Who needs a real life boyfriend or girlfriend when you can date: a dinosaur, your step brother, a giant cricket, a homosexual gangster, a teenage boy with an impossibly sharp chin (not Ryan Gosling-sharp, more like Hang Tuah’s keris-sharp), or perhaps you would like to indulge in an avian romance?

The premise of Hatoful Boyfriend is simple, and very strange. In a world where avian flu wiped out most of humanity, and birds developed high-level intelligence and the prime minister of Japan is a shoebill: 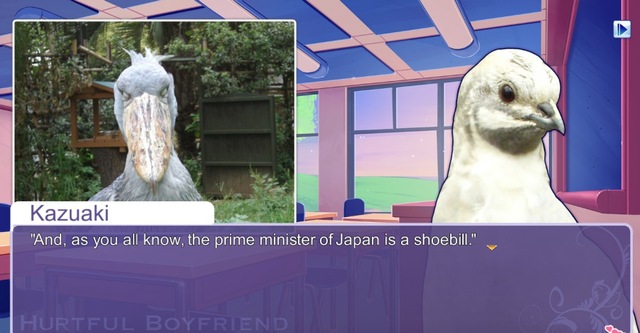 You play a girl - the only human - in St. Pigeonation, a school for gifted birds. You’ll encounter all sorts of birds and you will also have the option of romancing them, including your best friend, an athlete who is obsessed with pudding, the bad boy in school, your math teacher, and more. Each bird will take you through different storylines in the big plot - which is the best part of Hatoful Boyfriend. With different birds, you achieve different endings and the more endings you unlock entitles you to a more ‘advanced’ and deeper version of Hatoful. I found myself on a quest to search for ‘one true pudding’ with the eccentric athlete, and went through a rather supernatural trip with a meek pigeon. 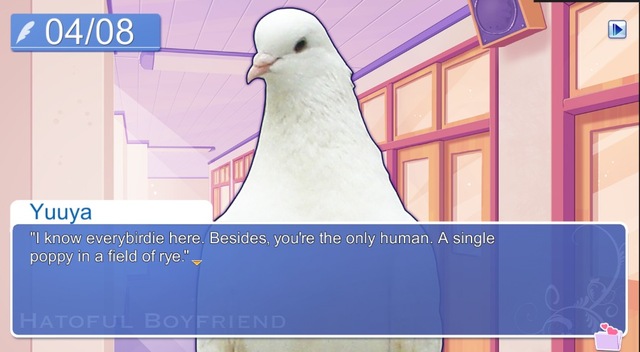 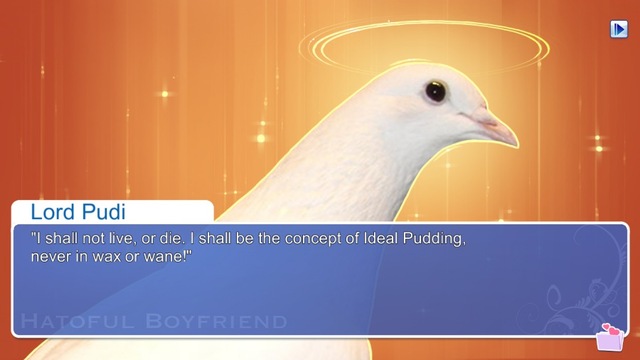 Even the bad bits of the game slowly made sense as I became more invested in the game. It annoyed me a little that I had to go through certain storylines again and again to unlock the different endings but it was worth it when I reached Hurtful Boyfriend, the next level of Hatoful. Yeah, I pretty much started to play this game almost aggressively just so I could get to the Hurtful Boyfriend stage. 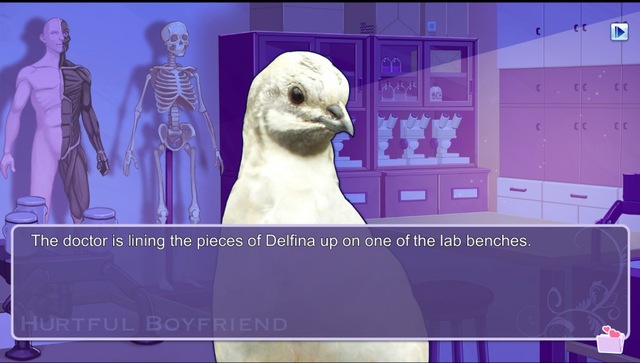 It’s mostly text-based so you don’t even have to utilise any psychomotor skills, but the decisions you make open (and close) doors to further exploration into the plot. It’s a lot darker than it seems and it has everything. Murder, betrayal, lies, love, a post-apocalyptic world, robots, aristocrats, political factions, a creepy and suspicious doctor… everything. 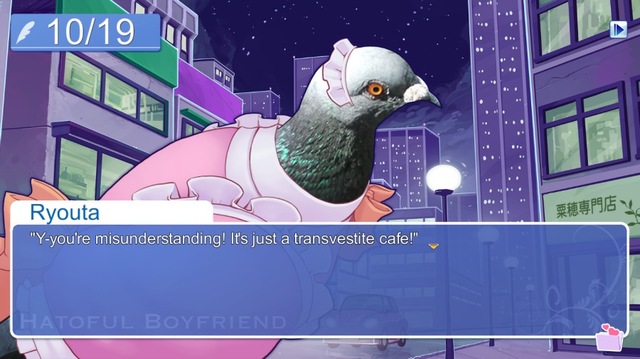 Somewhere in the 15 hours I clocked in playing the game, the absurdist idea of dating a bird started to feel like the norm to me, and I was emotionally invested in some of the storylines - a certain ending even made me feel a little broken-hearted. Suddenly I felt wiser from serial dating these birds. I even wanted to talk like them. Not bad for a game that started as a parody of the popular dating sim games in Japan - by a manga creator who is fond of pigeons. It taught me about a world of danger and espionage, it taught me about selflessness, it taught me that dating is a game, but love is not. There’s a review of the game on Steam that says: “easily the best pigeon dating sim out there.” I fully agree.

▪Take your time in your first game walkthrough and choose whatever you feel like.

▪Do your research to attain specific endings that will unlock more features.

▪Play it when you have a lot of time to kill.

▪Don’t expect a Little Mermaid/Beauty and the Beast transformation because you’re gonna be the only human for the rest of the game. Your boyfriends are still birds. 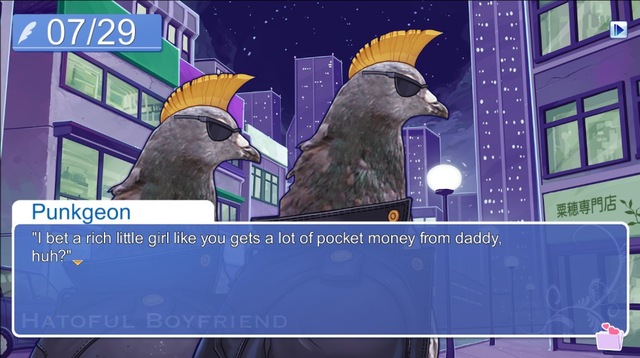 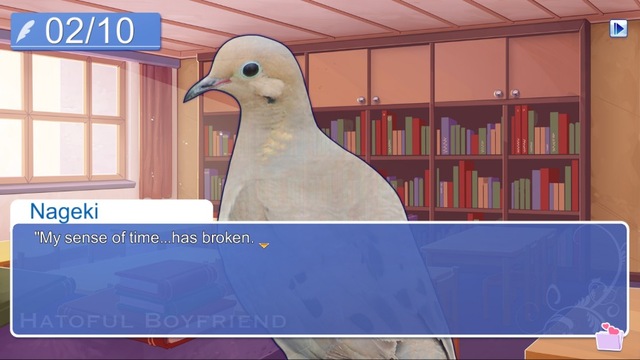 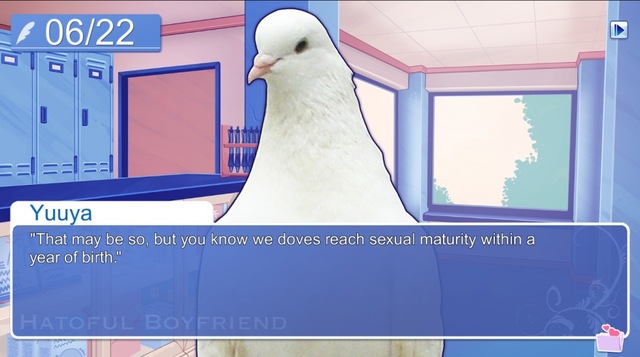 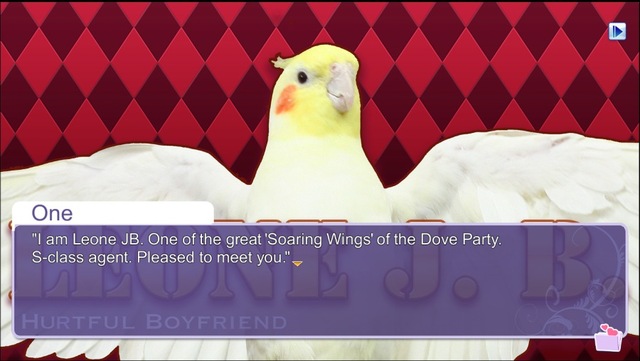 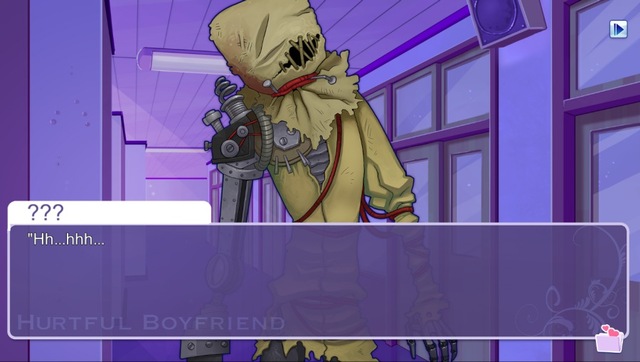 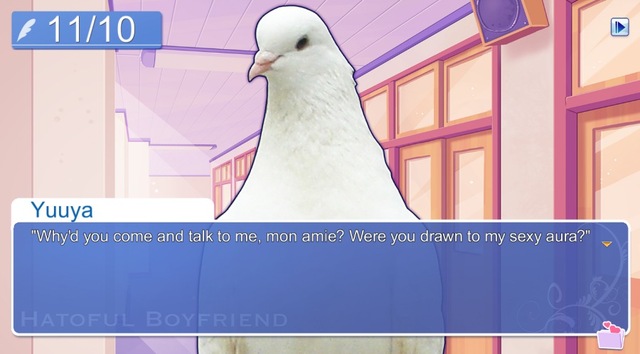