I've personally been to the Coliseum at Resorts World Sentosa four or five times for gigs, and I have never, I repeat never, seen it so packed. Not surprising, as it was a sold out show. The audience ranged from a large number of expatriates to teenagers/young adults, and even the older working crowd. It's not hard to see why.

Fun. - a band that rose from the ashes of The Format, helmed by the energetic Nate Ruess, accompanied with Jack Antonoff (formally the lead singer/guitarist of the band Steel Train) and Andrew Dost, is the new biggest act around. Fun. stormed the airwaves in March 2012, reigning at the top of the Billboard Top 100 charts for six weeks with the sing-along anthem of the year 'We Are Young', featuring the petite vocalist Janelle Monae. It won them the Grammy for Best New Artist and Song of The Year a month ago. 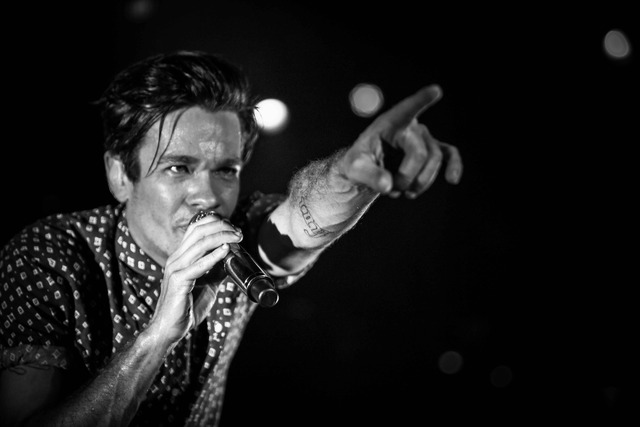 And the crowd was certainly not disappointed. Opening with the track 'Out On The Town', it was clear to see they were neither a one hit wonder band nor one of those bands that sounded great only on the album. A supporting three-piece band to accompany Nate, Andrew and Jack was on hand to provide the backing for a true live replication of the album. Jack Antonoff is energetic, lending screeching, biting guitar solos that somehow compliment the largely different combo of the somewhat, dare I say, comparably muted (as compared to him) band. Not that it's a bad thing. Andrew Dost brings up the left hand side of the stage with his endearing piano playing, providing a additional layer of rhythm. The band is tight, not a single stray note off key, rhythms off or trailing, misplayed notes anywhere else.

Nate Ruess's voice, however, was the absolute highlight of the show for this writer. He was pitch perfect, delivering a performance that was not only honest and raw, but seemingly heartfelt. While he barely spoke much, what of his little interaction commanded the full attention of crowd and drove them wild. At one point, he seemed genuinely surprised and even touched at the turn out and the response from the Singapore crowd. 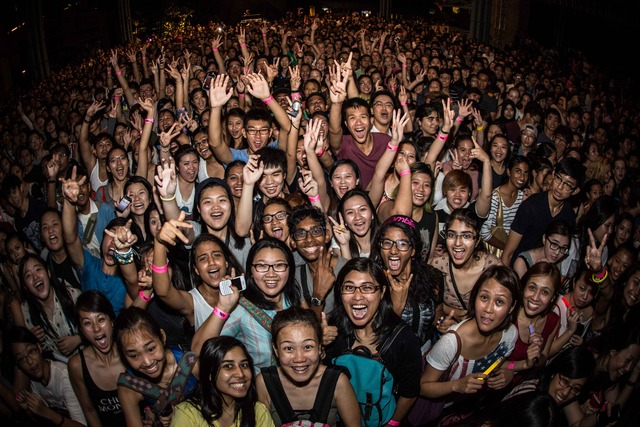 Songs such as 'All The Pretty Girls' and 'The Gambler', while unknown by a large majority of the crowd, were welcomed by a small group somewhere in the front, presumably fans of the band since the days of their 2009 debut Aim and Ignite. It's hard to believe that only a few years ago they were a lesser known band opening for the likes of Jack's Mannequin, Fueled By Ramen label mates Panic! At The Disco and Paramore. Crowd favorites and singles 'Carry On' and 'We Are Young' gathered the loudest cheers from the crowd, while the encore song Some Nights raised the energy level in the atmosphere to another level. They finally brought it a notch down with the softer 'Stars', was quiet enough to bring the silent crowd, including myself, to take a minute to look up at the fireworks going off with the stars behind us in the night sky, and take in what was left of the night.

Cliche as it sounds, it was clear the audience, including this writer, certainly had 'fun.' that night.