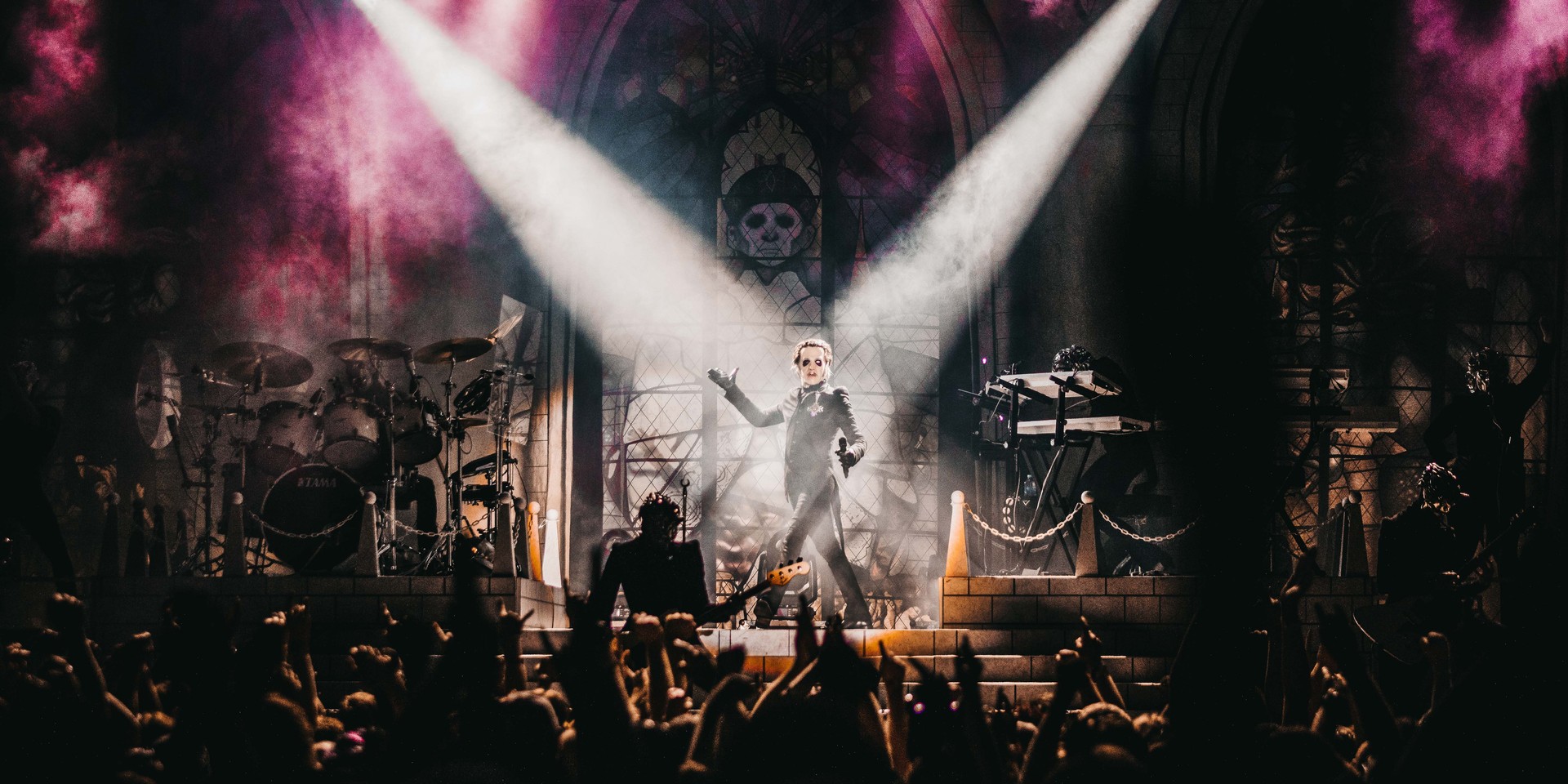 While Bandwagon doesn't typically cover festivals outside of Asia, we saw it fit to attend the first-ever Download Festival in Sydney, Australia. After all, Australia is part of the Asia-Pacific region and a line-up of Download's magnitude can hardly be found in Asia. Where else can you find a single-day, five-stage, 36-band line-up featuring the likes of Slayer, Judas Priest, Alice In Chains, Ghost, Converge, Behemoth, Code Orange, Sum 41 and Pennywise? 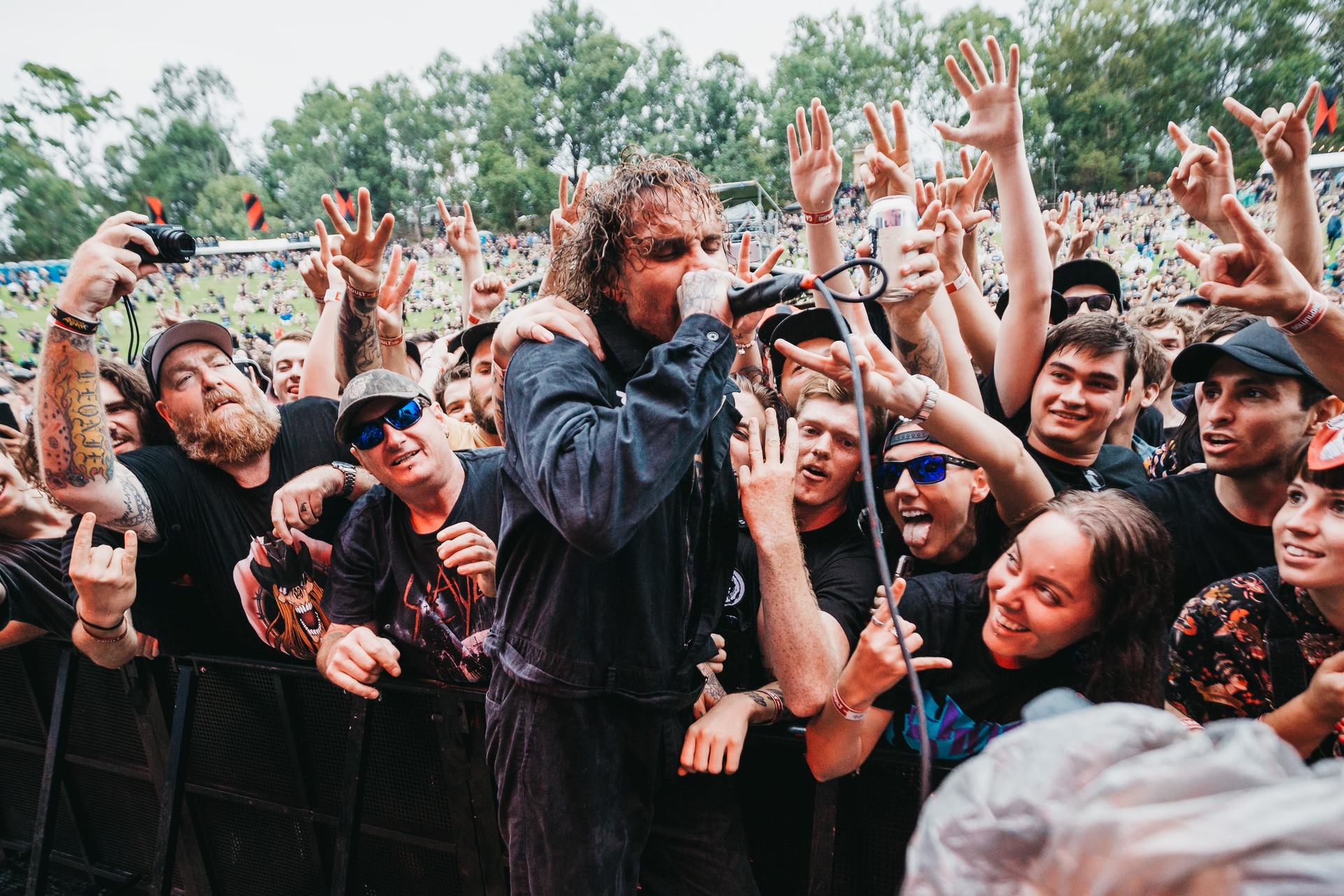 Download made its first venture into Australia last year in Melbourne, before expanding into Sydney this year. The first thing to note is that for a festival's debut, it was really well coordinated and organised. A massive crowd had already amassed before the gates had opened, and you'd think that would cause a mess. That was far from the case, though, as the crowd formed into neat lines and did its best to ensure a smooth and quick entry process.

The metalheads in attendance were nothing short of remarkable. They were kind and considerate of other festival-goers' personal space, apologizing profusely while shuffling their way through the crowds. They took care of each other, making sure no one felt unsafe or uncomfortable. No one was forced into a mosh-pit, and if someone fell down, they were almost instantly picked up and helped out of the pit. There were several groups of attendees checking in on random fans, myself included, making sure they were okay, handing out bottles of water and food occasionally. Hugs and fist bumps were given out regularly.

But enough about that. Let's focus on the music. 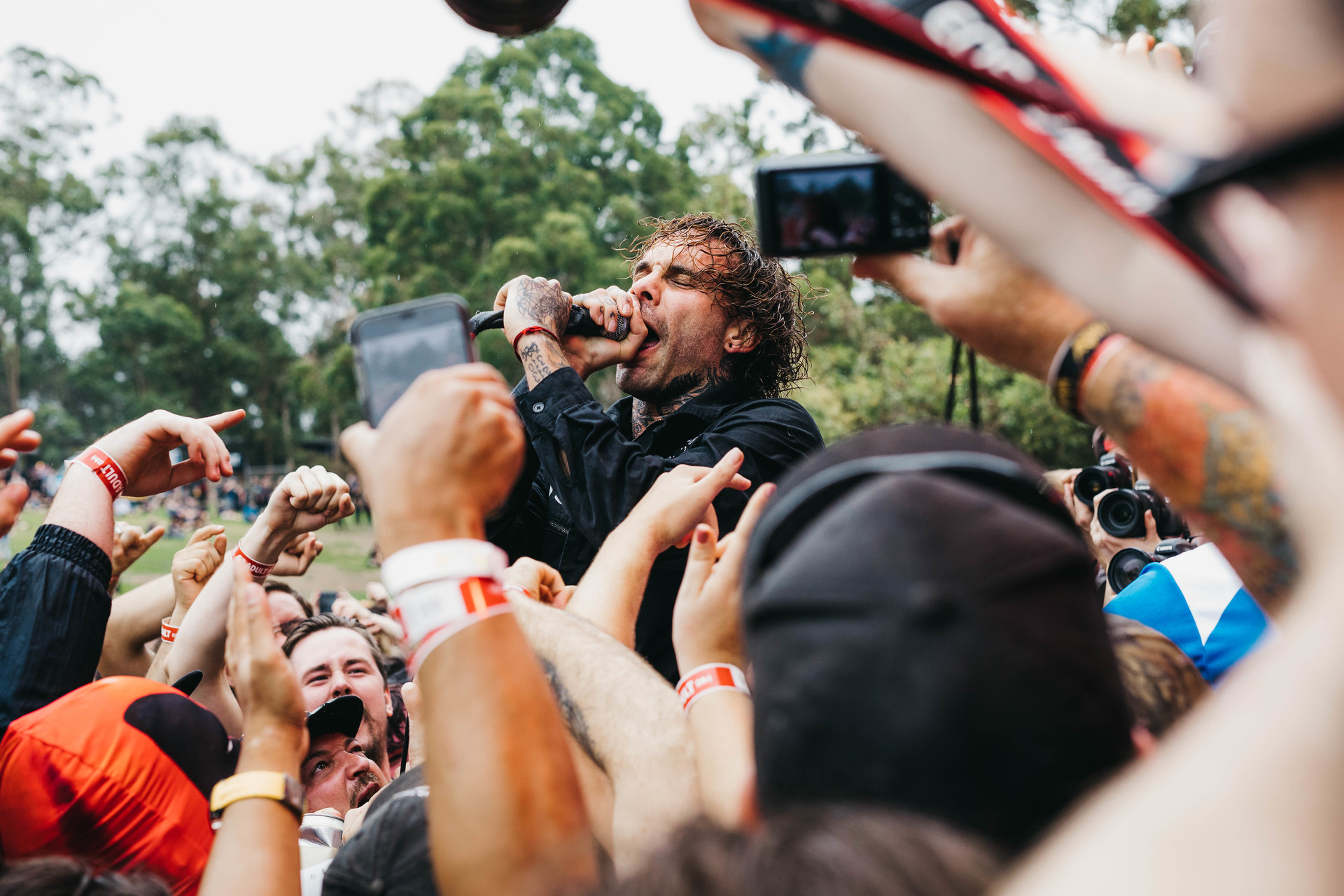 Let's just get this out of the way: 36 bands are a lot for a single writer to cover, so instead, I'm going to be writing about the highlights of the 12 bands I managed to catch amidst all the running around. Sure, the festival was in full bloom from the minute the gates had opened, but things really kicked off with Fever 333's frantic set. And I mean that in the best possible way. From the opening seconds, the band put on an absolute show, running around the stage, doing somersaults and jumping off amps. Sure, it was 2 in the afternoon and it was beginning to rain, but that didn't stop Fever from getting the crowd to rally behind it, getting it to get down on the ground before jumping up and exploding into a mosh-pit. Vocalist Jason Butler also took some time between the erratic, hectic set to ensure that every woman in the crowd felt safe, and wishing everyone a happy International Womens' Day in the process. 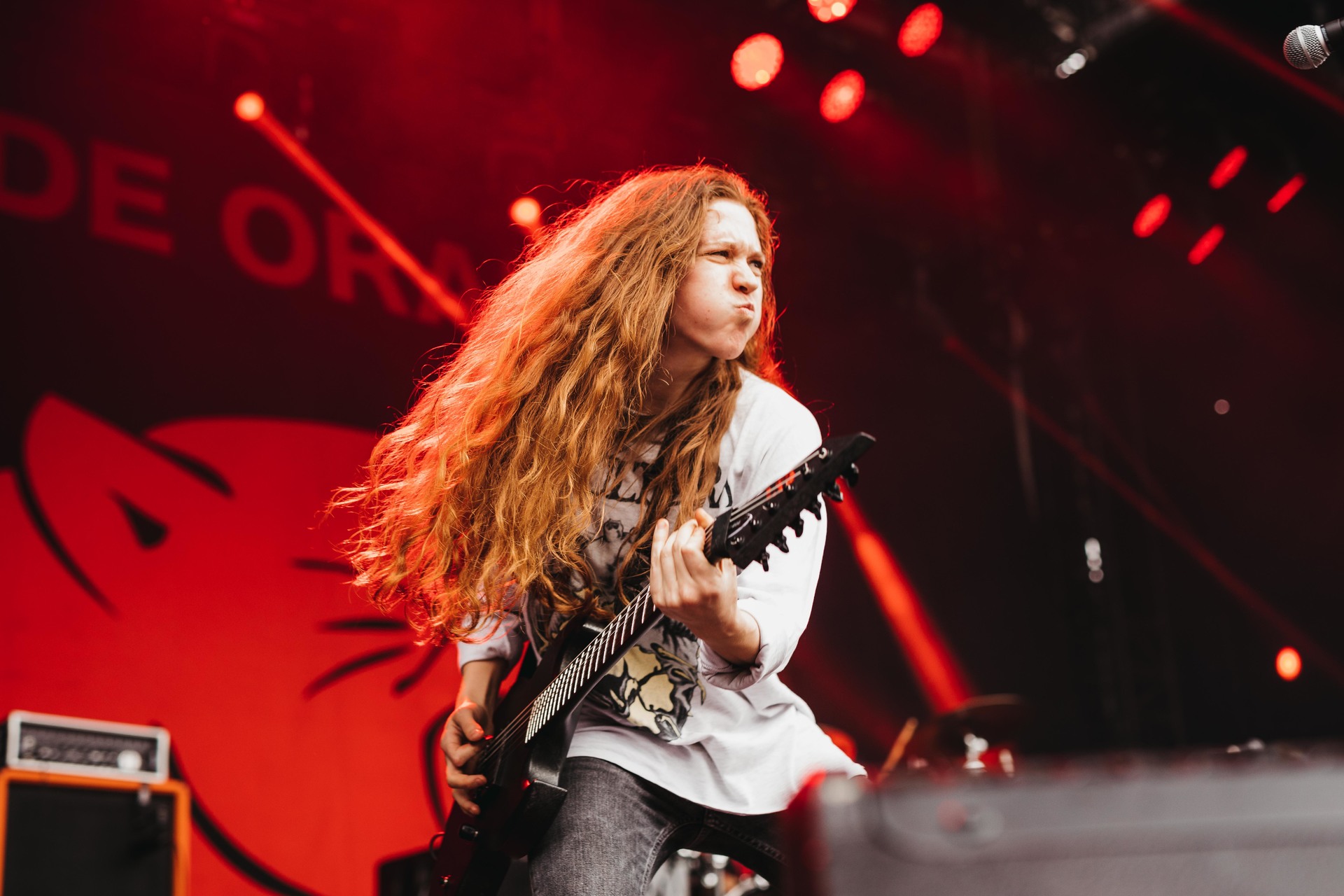 Code Orange and Converge performed one-after-another for a combined 80-minute gut-puncher of heavy metal. From Code Orange's menacing breakdowns to the never-ending circle pits during Converge's raucous set, every fan in attendance at the Avalanche and Dogtooth stages had given every bit of themselves to the bands, which more than reciprocated. After the mayhem, and energy-draining sets, a large portion of the crowd shuffled over to the back of the field to sit down, hoping to recoup their energy for the rest of the night. There was, after all, six more hours to go.

That's where Me First and the Gimme Gimmes came in. Longtime metal fans were initially left scratching their heads when it was revealed that the cover band would be playing after Converge. It seemed like a slap in the face to all purists, and to the bands that played before it. What fans failed to realise, though, was the ingenuity behind the well thought placement of Me First after Code and Converge. After exhausting their energy, the crowd could sit back, and enjoy the wacky, fun covers of Me First, before heading back to mosh for bands such as Twelve Foot Ninja and Thy Art Is Murder. 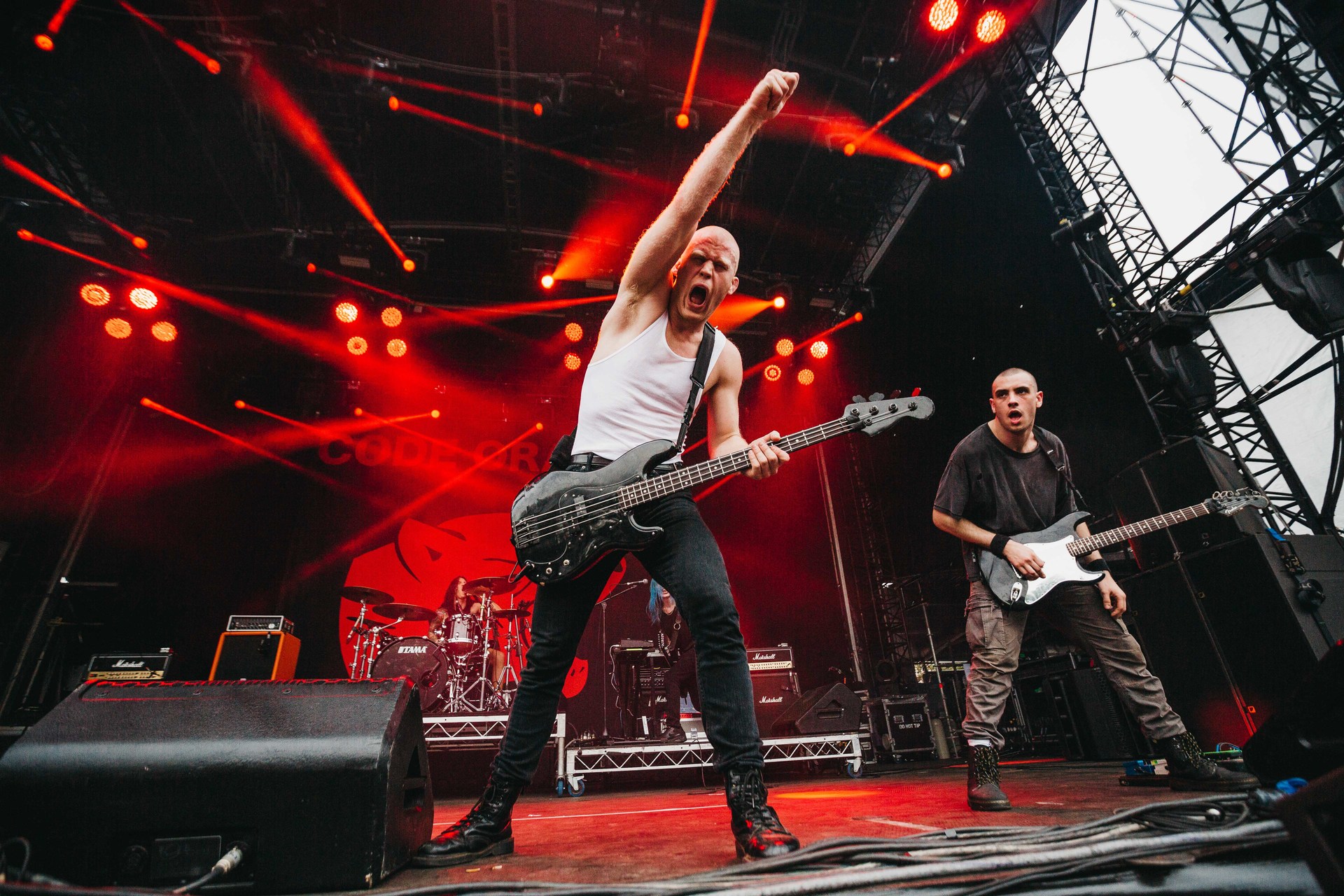 Over at the mainstages, death metal legends Behemoth had drawn in a crowd to be reckoned with. Equal parts brutal and theatrical, Behemoth brought doom and gloom to Sydney and for the course of its 45-minute set, no one could look away. From the band's carefully curated get-up to the sound production and aid of pyrotechnics, Behemoth's set at Download Sydney, will definitely go down as one to remember.

From that point on, it was evident that the festival attendees were waiting for two bands: Ghost and Slayer.

Slayer would close out the mainstage, and rightfully so, while Ghost would close out the Avalanche stage. This proved to be the biggest clash of the entire festival. On one hand, you had Slayer, longtime legends performing in their final world tour, and on the other, you had Ghost, arguably one of the biggest metal bands in the world right now, closing out the show on a smaller stage with world-class theatrics and production. 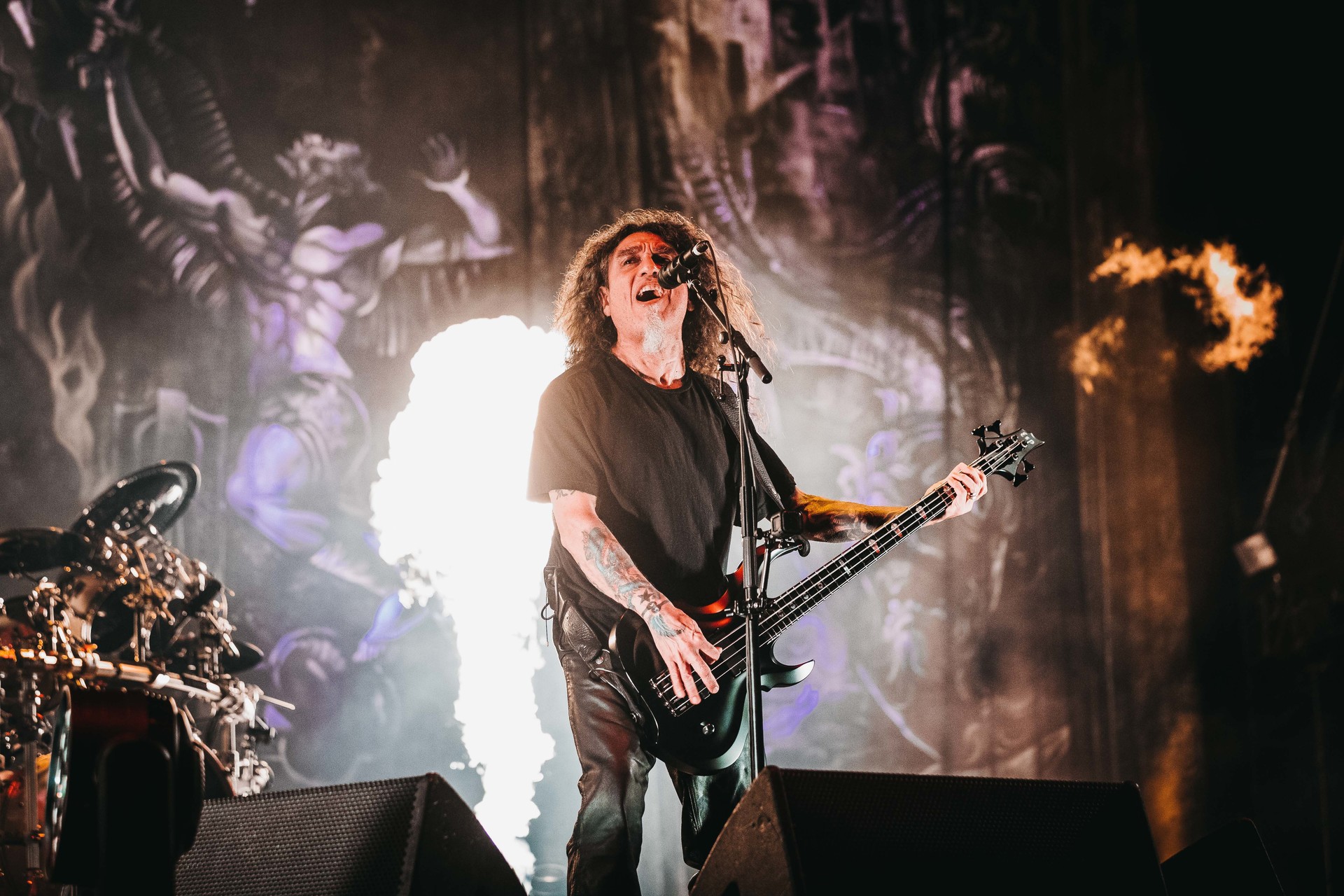 Naturally, Slayer drew a larger crowd, and the band put on one hell of a show. Closing the festival's mainstage with a deafening 90-minute-set, Slayer gave the fans everything they had ever wanted. From the hits, to fan favourites, Slayer's set was a reminder of its (un)godly place in the pantheon of heavy metal. 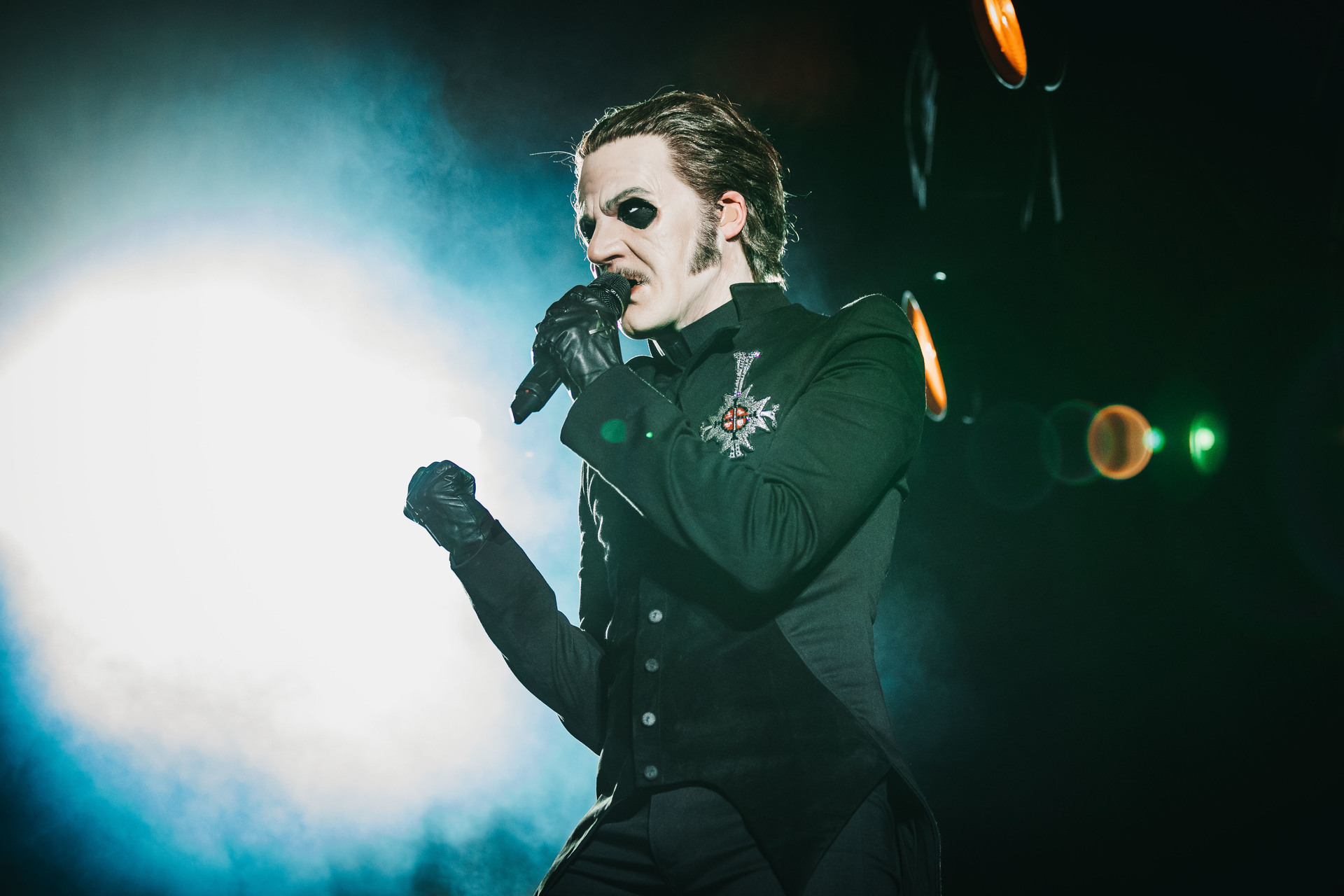 Down at the Avalanche Stage, Ghost had started its set late, due to previous bands exceeding their playing time. This resulted in the band closing out the entire festival, playing its final song while fans from the mainstage were leaving the venue. Many fans spilled over to catch Ghost's epic ending. From the unmatchable production, to an onslaught of pyrotechnics, sonic supremacy and impeccable showmanship, Ghost had one of, if not the best, performances at Download Sydney. Compressing its usual 2-hour-40-minute set into 60 minutes was definitely a tough task, but Ghost did a remarkable job of making sure every minute counted. 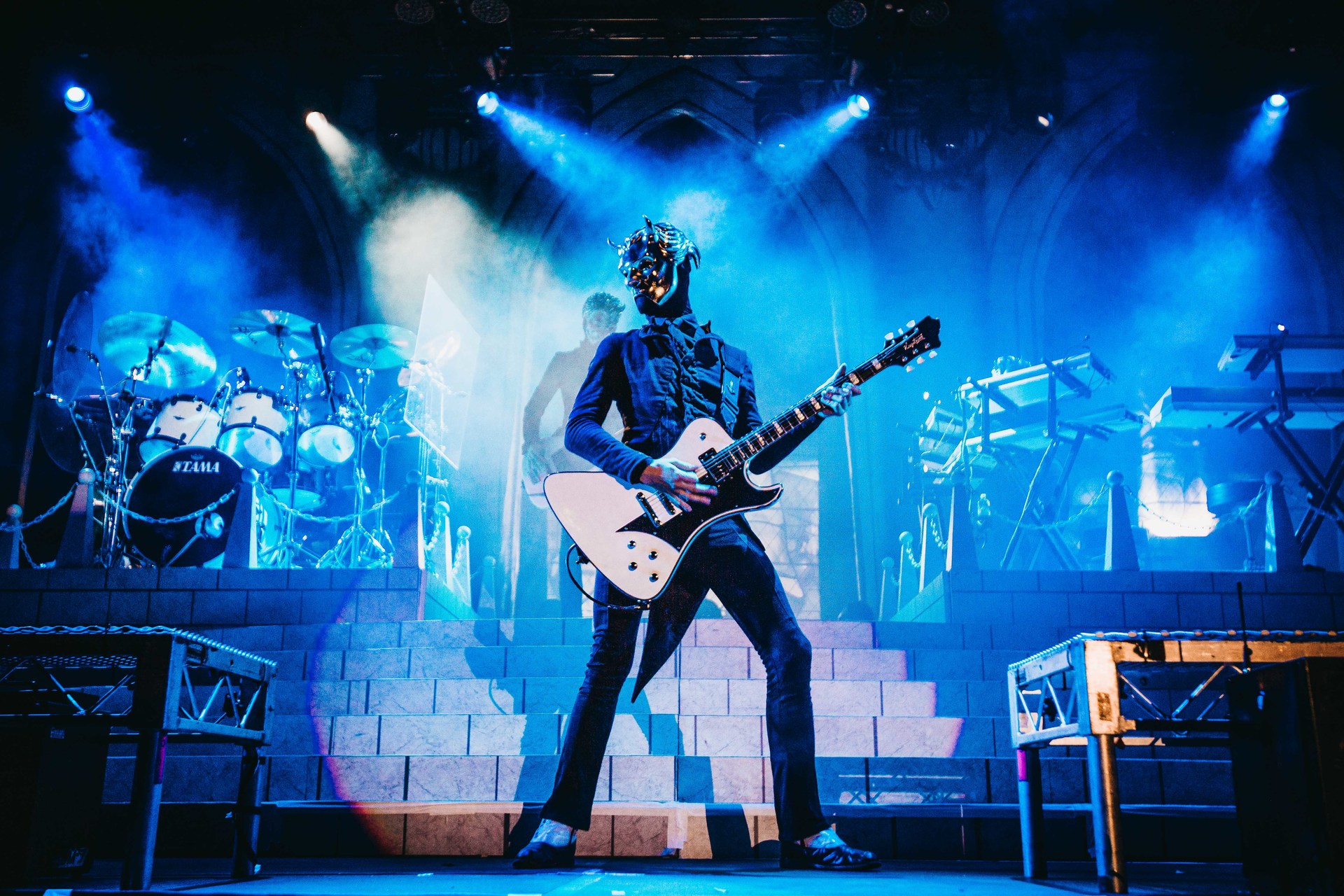 All in all, Download Sydney was definitely one for the history books. The festival was amazing, that's obvious, but the true highlight was the unity of the people. The festival, and the music, brought people together. It forged new friendships and united several countries with one common goal: The love of cathartic music. The crowd was welcoming and caring, looking out for one another, being polite, having zero serious incidents, all while having the time of their lives. If Download Sydney proved anything, it's that heavy metal is about forming a community that welcomes anyone and everyone, regardless of where you're from or what you look like. It's about family and music. Sure, there may be dark imagery and theatrics involved, but the end of the day, it's all love and catharsis, and it's a damn shame this mentality isn't accepted and appreciated in certain parts of the region.