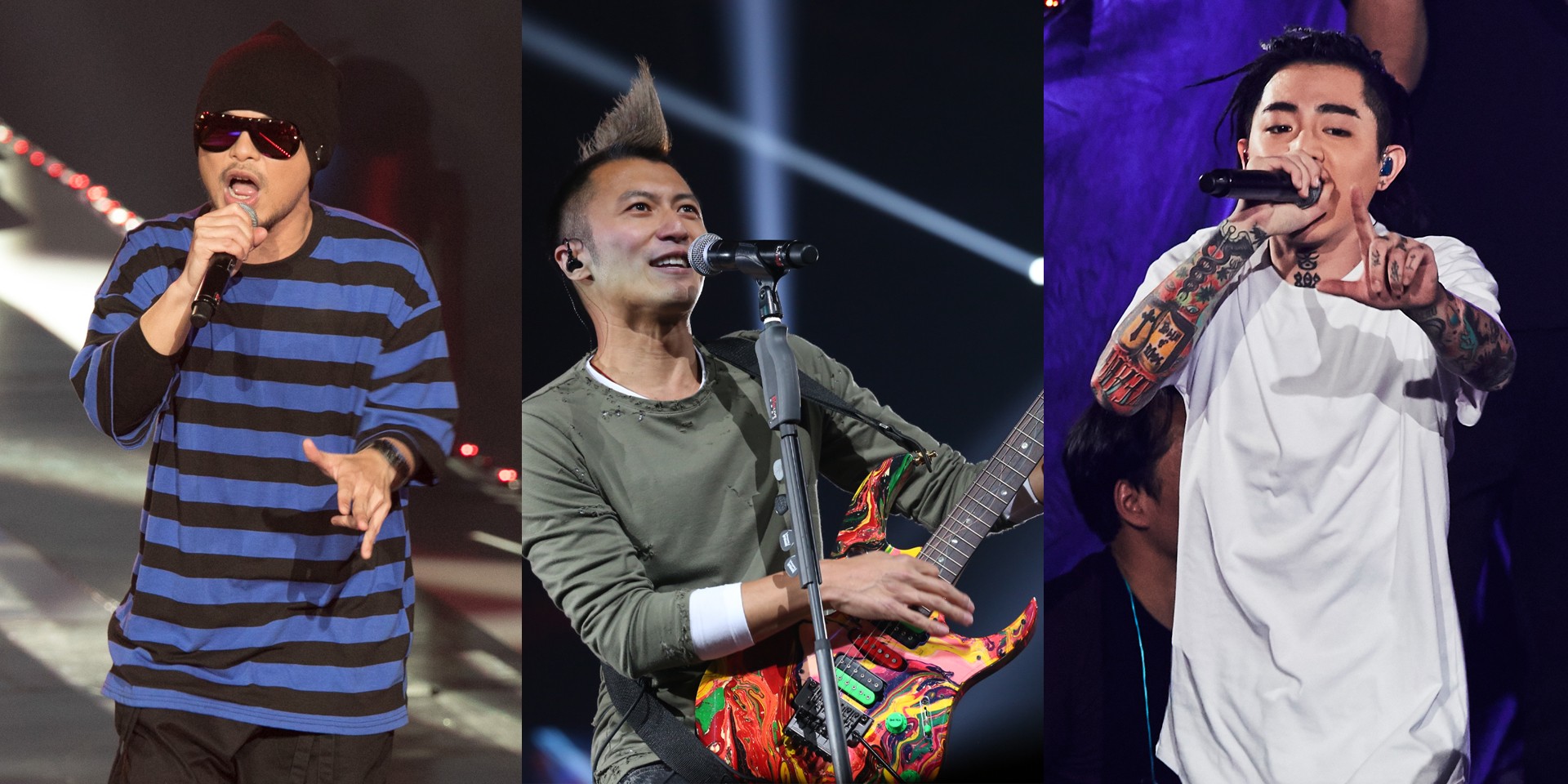 Last night, some of the biggest stars and most exciting newcomers in Mandopop performed to more than 10,000 fans at the 13th KKBOX Music Awards. Held for the first time at Kaohsiung Arena in Taiwan, this year's awards featured electrifying performances from legends like A-Mei and Eason Chan, fan favourites JJ Lin and Rainie Yang, and newcomers like ANNA and J.Sheon. All performers gamely answered (and sometimes deflected) questions from the press after their appearances. From G.E.M.’s new album to Nicholas Tse’s balance between music- and film-making, here's what we learned. 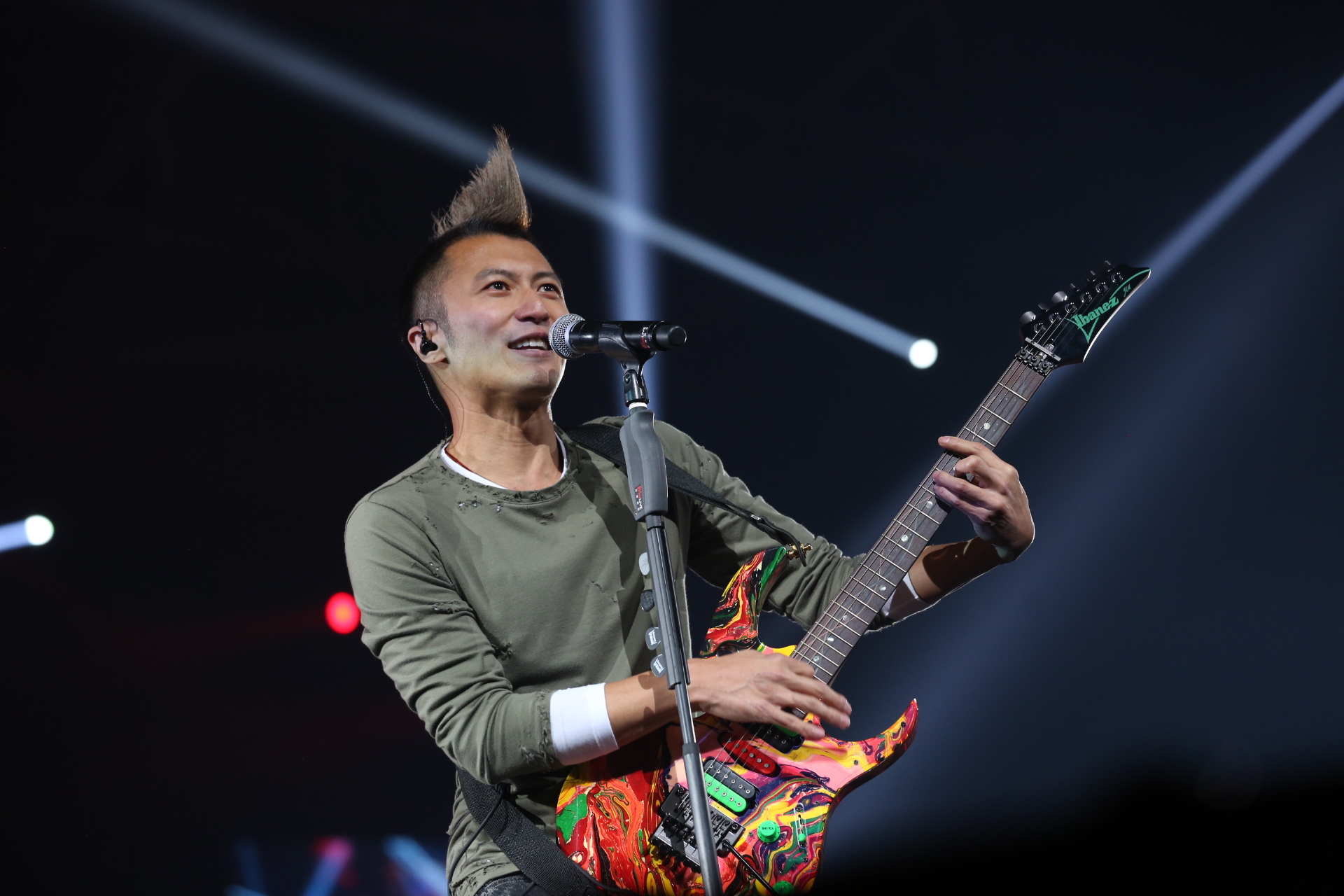 Having been known as an actor for most of his career, Nicholas Tse recently marked his return to music with a new single ‘异想天开’ earlier this month. Attending the event as a special guest, the Hong Kong star sported a tall mohawk for the night, and performed his new song, as well as ‘活着 VIVA’, and a rock rendition of his classic ‘Because Of Love, Therefore Love (因为爱所以爱)’, which was voted by his fans on a KKBOX poll as a song they wanted to hear Tse perform.

When asked if his return to music would mean a break in his acting career, Tse expressed his belief that he makes his career decisions based on the opportunities that come along.

“I am prioritising either facet of my career. Whether I star in a movie or release an album depends on fate,” said Tse. “Of course, I can release a movie or album for the sake of it, but this is not who I am. So I wish to only wait for a suitable movie before making decisions.” 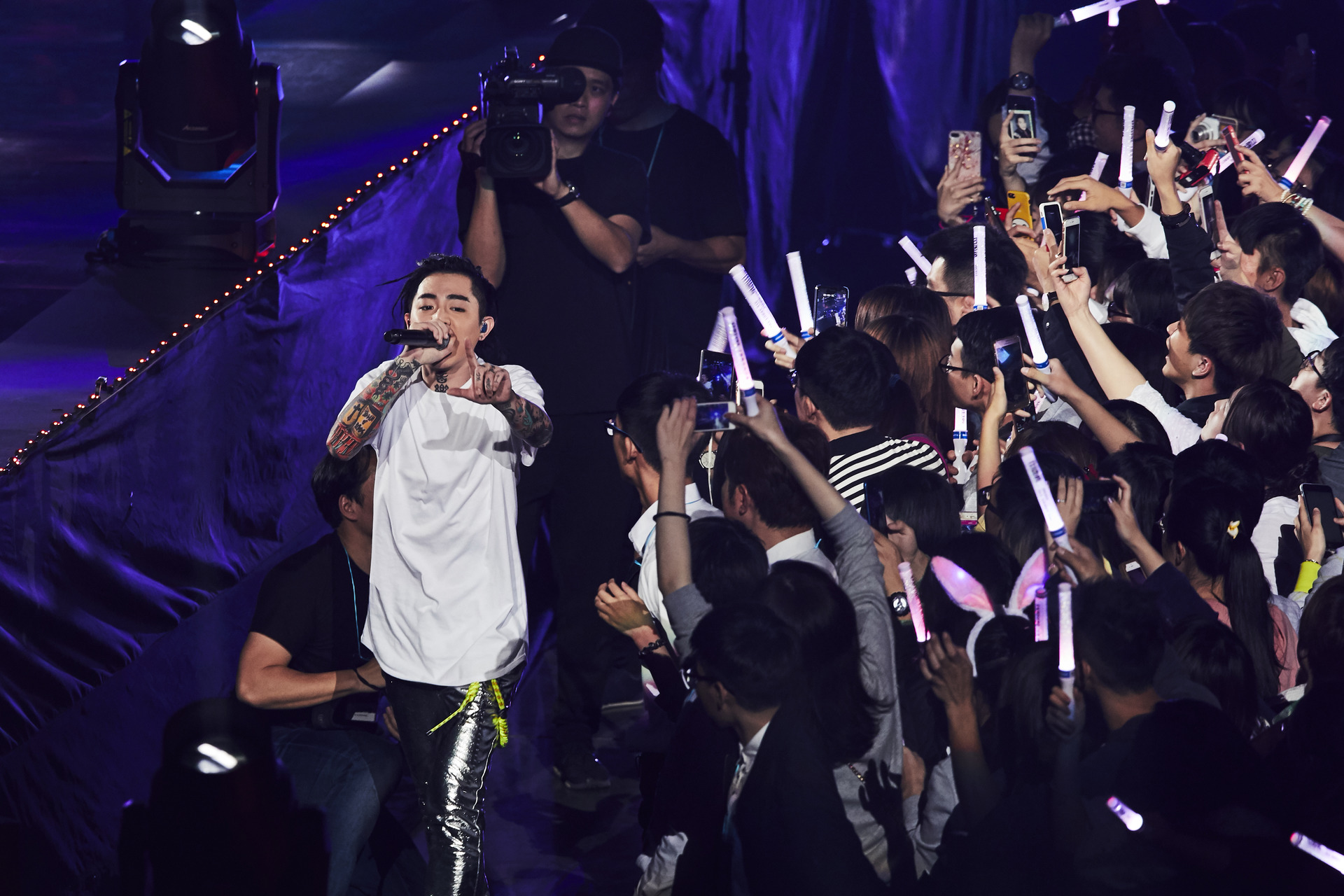 Though his last album Time To Let The World Know (要你知道) was released in 2016, Taiwanese singer R-Chord has plans to drop a new one this coming year. While the ‘Thanks For Your Love (谢谢你爱我)’ singer maintained secretive about the work-in-progress, he was able to reveal that it will include songs he composed at a songwriting camp in Finland with local musicians, and that he is hoping to release the album before the summer break. 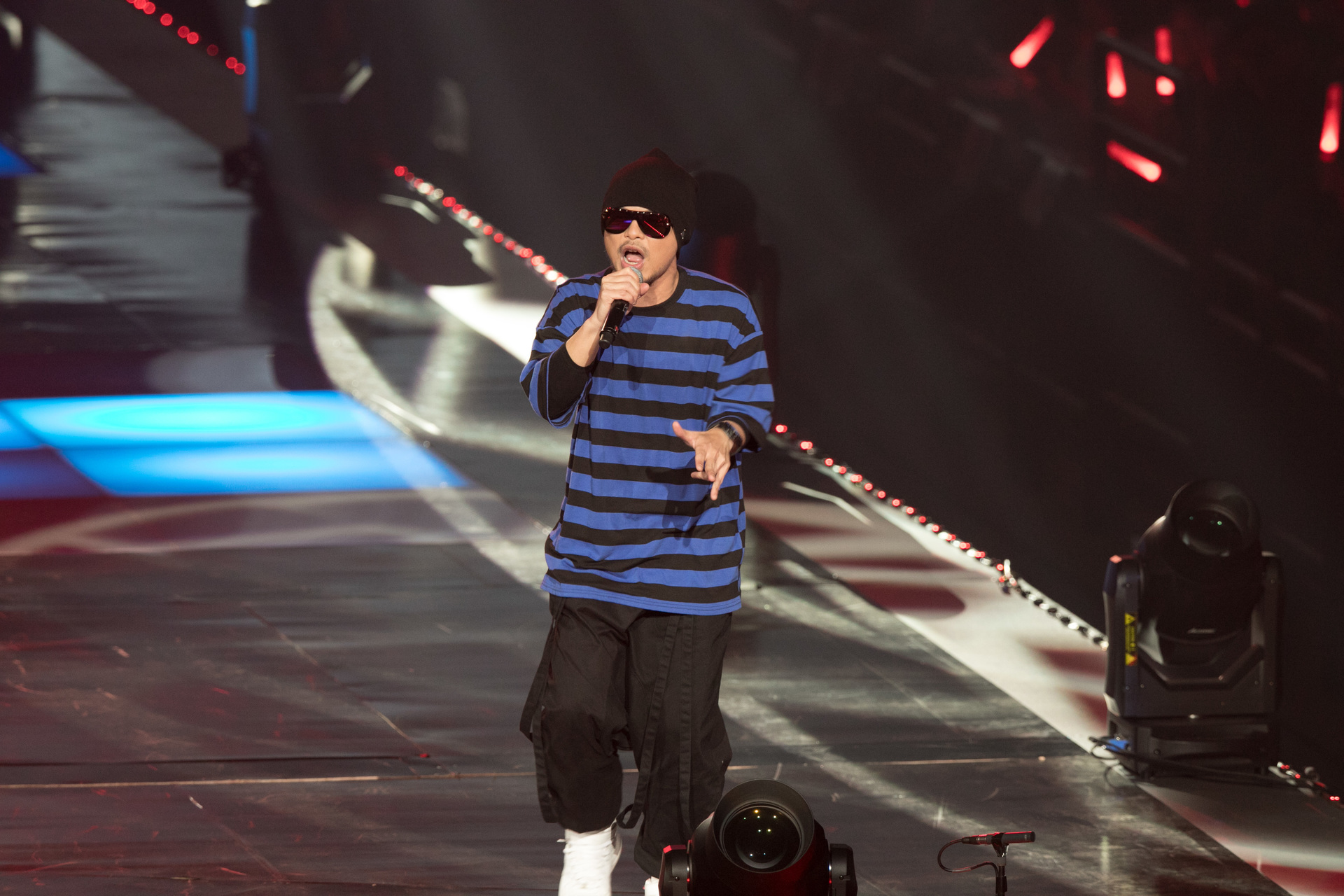 Malaysian YouTuber-turned-singer Namewee was one of the “Artist Of The Year” winners at the KKBOX Music Awards. His collaboration with Leehom Wang, ‘Stranger In The North (漂向北方)’, was one of the most popular Mandopop songs last year, helping to introduce Namewee to a wider audience in the industry.

Speaking about the song, Namewee revealed he was surprised that Wang agreed so readily to the collaboration, sharing that the latter had labelled the song a “great song” upon hearing the demo, and was keen to work on it.

However, Namewee also expressed regret that he has never been able to perform the song with Wang at any live event. Instead, he has now performed the song three times with Hong Kong singer G.E.M., and joked that many fans might think that she is the original singer of the song. The two also performed the song together at the ceremony. 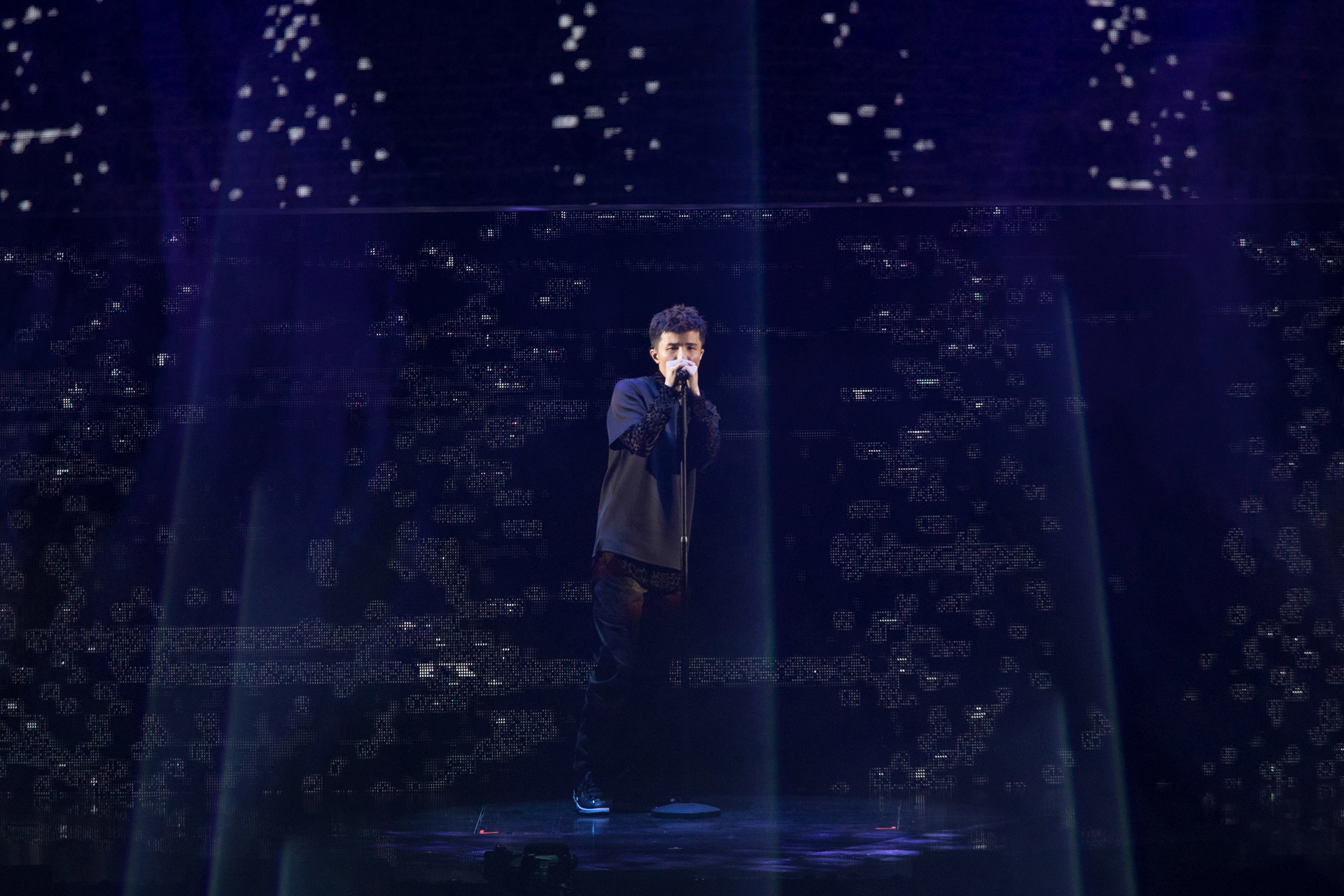 Prolific singer, songwriter and producer Xiao Yu (小宇) addressed the five-year wait for his 2017 album With You (同在).

“I have always been slow with my music production. With the fast pace of our society today, I feel that it is important for us to take some time to slowly take in the music that we love,” said the Taiwanese R&B singer. “If I release song after song at a fast pace, they will eventually become meaningless.”

For the same reason, Xiao Yu revealed that he will probably not be putting out any new work this year, and fans may have to wait till 2019 for any updates. 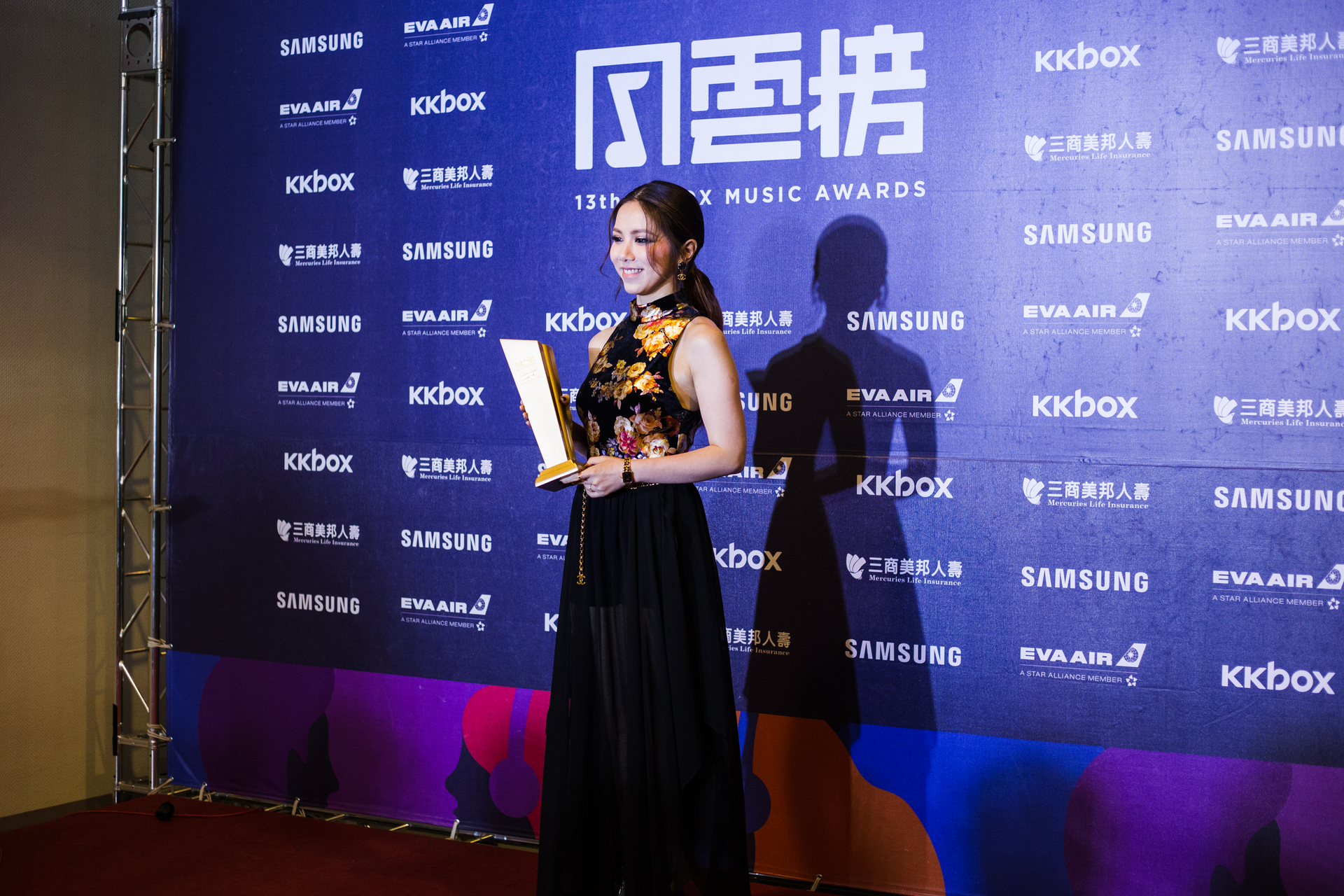 G.E.M. Will Have a New Album Out This Year

“I don’t want to spoil anything. I can only reveal that there will be 12 songs in the album, but we are still in the process of finalising the song choices,” said the singer, revealing that one of the songs will be a collaboration with an unnamed singer.

She also revealed the origin of her feature on the KTV version of Namewee’s hit song with Leehom Wang, ‘Stranger In The North (漂向北方)’. When G.E.M. swung by Singapore on her “Queen of Hearts” World Tour, Namewee was in attendance – and she invited him for karaoke afterwards, which inspired the light-hearted collaboration with him. 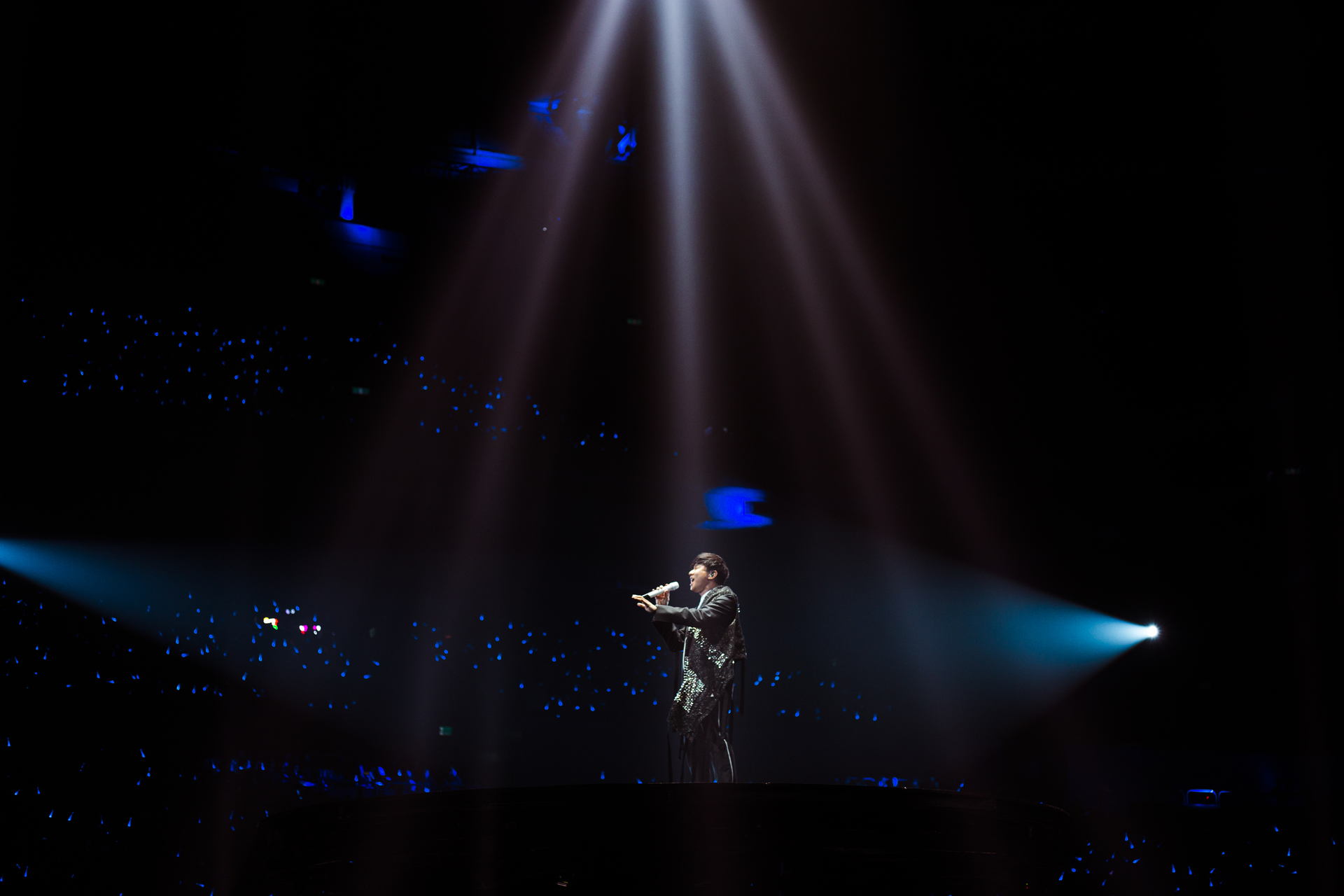 Homegrown hero JJ Lin has an extensive enough catalogue of his own hits, to which he recently added another album, Message in a Bottle, late last year. He performed a few songs from that album, like ‘Sanctuary (圣所)’ and ‘53 Dawns (黑夜问白天)’, for the first time last night, rounding off his five-song set with a pleasant surprise: the deep cut ‘Doomsday Love (末日之恋)’, which Lin had written for Malaysian artist Z-Chen Chang in 2004.

But one of our most anticipated releases of Lin’s is not his own track, but a remix: that of the chart-topping earworm ‘Despacito’, where he sings in Spanish and Luis Fonsi in Mandarin, both artists dipping their toes into those languages for the first times in their careers. But when asked when the highly anticipated remix – which was announced in December – would drop, Lin was cagey, simply saying, “Look forward to it.” He also did not give a definite answer when asked if he would return to Singapore for a concert soon, instead saying he was looking forward to spending Chinese New Year at home. 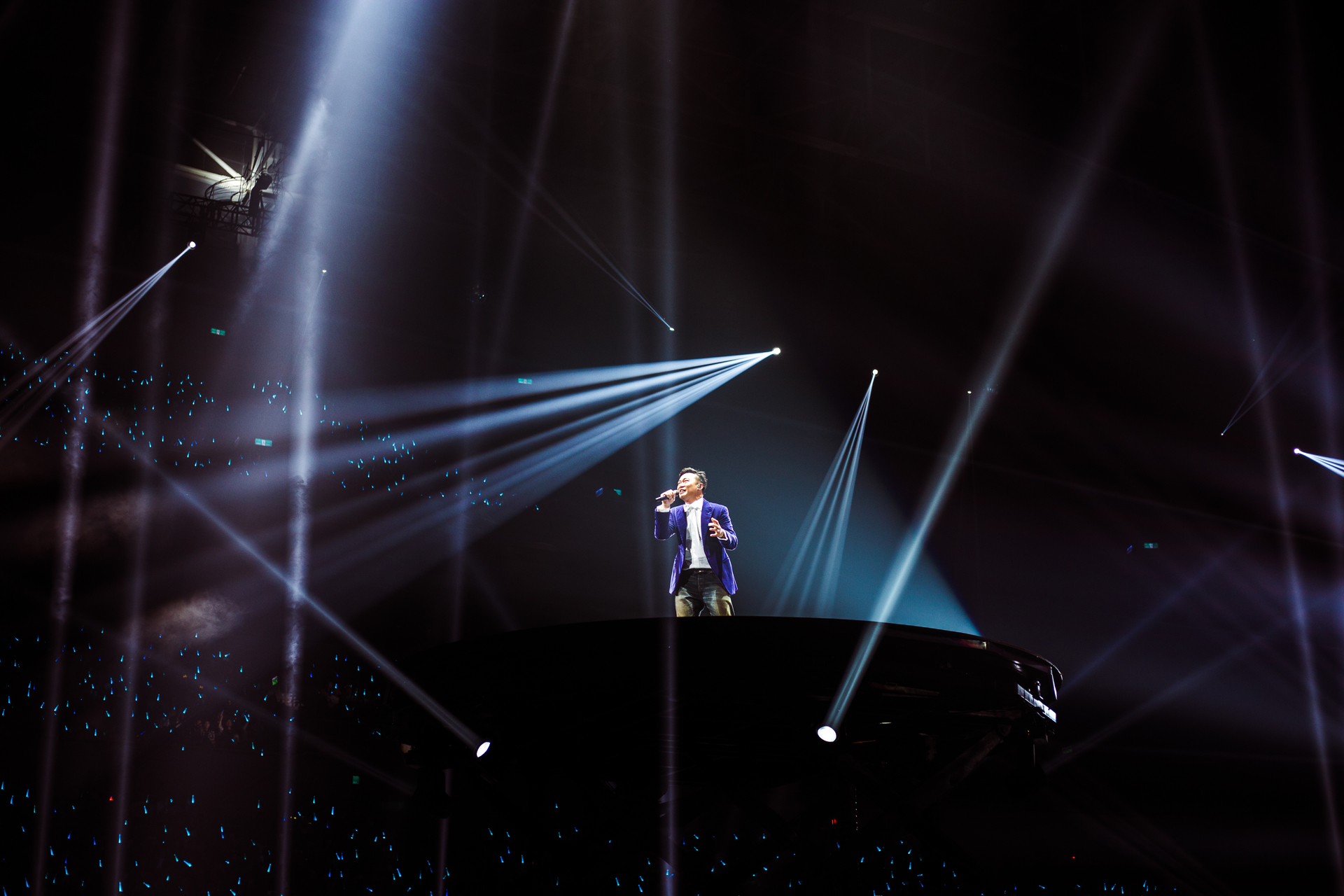 Hong Kong singer Eason Chan ended the ceremony on a high note with a medley of his most iconic songs, including ‘Thank You (谢谢侬)’ and ‘Brother and Sister (兄妹)’. Speaking to reporters backstage after the event, he revealed that he decided to sing old songs as most of the other singers were singing their latest hits. It was also an opportunity for him to pay tribute to his longtime producer, Jim Lee.

"I have been working with Jim since 1997, and I feel like I have to pay tribute to him at least once. All the songs that I sang in the medley are songs that he produced,” said Chan, explaining his song choices.

The veteran singer also seemed to enjoy the crowd at the Kaohsiung Arena, staying on the stage for at least 10 minutes after his performance to banter with the audience and host Mickey Huang, who teased him for forgetting the lyrics to one of his songs. To make up for it, Chan casually performed short renditions of more iconic songs, including fan favourites ‘K-King (K歌之王)’ and ‘Ten Years (十年)’, rounding off a jam-packed night with a delightful gesture to the audience.