His album might be titled Long Way Down but British singer songwriter Tom Odell’s star is definitely on the rise. Winner of the BRITs’ Critics’ Choice Award 2013 and nominee for BBC Sound of 2013 poll, he’s performed on Later... with Jools Holland and seen his album reach Number 1 in the UK Official Chart, all in the span of barely a year. Not bad for a young lad from Chichester who had to contend with being booted off shows as a struggling musician in Liverpool.

In town to perform a special showcase at TAB on Wednesday, Tom wowed the crowd with his introspective piano ballads and powerful vocals. Judging by the strong turnout and the overwhelming response to our giveaway (we were floored by your entries!), he’s been making waves locally too. Bandwagon had the opportunity to interview the crooner ahead of his gig, thanks to the good folks at Sony Music Singapore. I sat down with Tom for a quick chat and got him to share some insight into his songwriting. 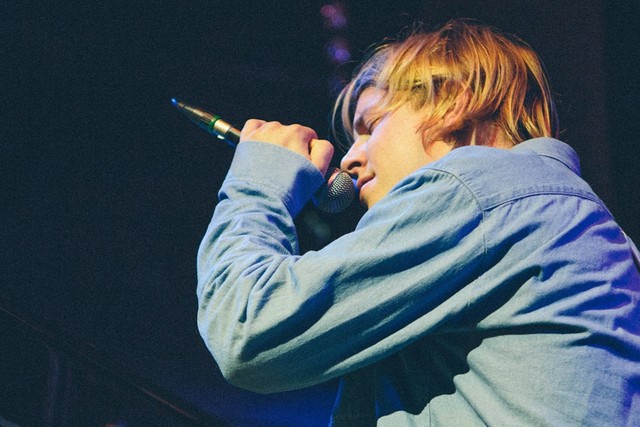 You’ve said that your lyrics are inspired by your inability to sustain a relationship for longer than six months. Has this caused any awkwardness between current or ex-girlfriends?

I don’t know.. I think my really close friends and girlfriends, I’d like to think they don’t read what I say in interviews but maybe they do, who’s to know. I can’t have said that, I don’t know if it’s entirely true. I don’t really know why, people ask me the whole time what inspires my songwriting - the truth is I don’t really know, I don’t know what inspires me to write songs, I just do but.. I constantly have to come up with analogies to tell journalists what are the reasons I write songs. That one just seemed quite a funny one to say at the time. I knew when I said it it would stick around for a few years to come!

What’s your favourite song of yours that you’ve written?

It’s funny, I get asked this a lot and I’ve never been able to come up with an analogy that replies to it in the most mature way but I came up with one not very long ago, and that is it’s difficult for me to say which song, because they’re like my children, you can’t pick one child against the other; you love them all dearly, you hate them all dearly at the same time. I think Jake Bugg said the other day he doesn’t have that same relationship he has with his songs like he has with other people’s songs.. you see them in a very different way. I hate them all actually, trust me! 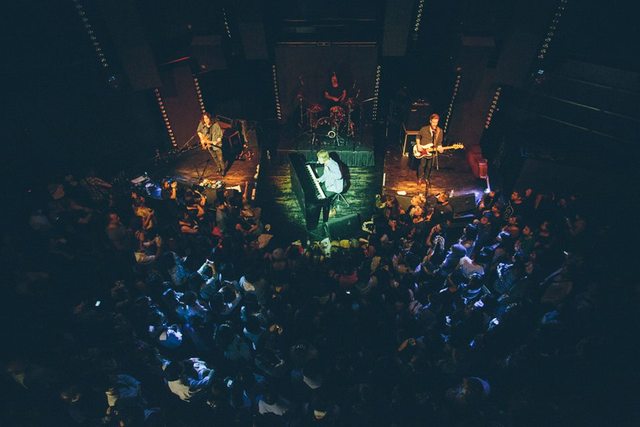 As for the show, it was a short but satisfying set clocking in at just under 45 minutes. Supported by a backing band and kicking off with album standout “Grow Old With Me”, Tom sang and pounded his way through a nine song setlist. Aside from the usual greetings and thank yous, he kept banter to a minimum and let the songs do the talking. Songs like 'Can’t Pretend' and 'Sense' revealed an old soul that belies his tender 22 years.

Tom was in his element working the ivories; it was evident he feels most comfortable in front of a piano and his choice of instrument signalled a nod to Elton John, who was a big influence on him growing up. Observing the intensity with which he delivered 'Another Love' and the rocking 'I Know', one can’t help but feel that contrary to what he claims, some of his songs were likely informed by his relationships and experiences in love. With his boyish good looks framed by long golden locks, it was no surprise I spied more than a few teenage girls gazing dreamily at him. 8.15pm struck and with that, Tom bid us all goodbye and departed as quickly as he had arrived, leaving a roomful of gushing fans in his wake.