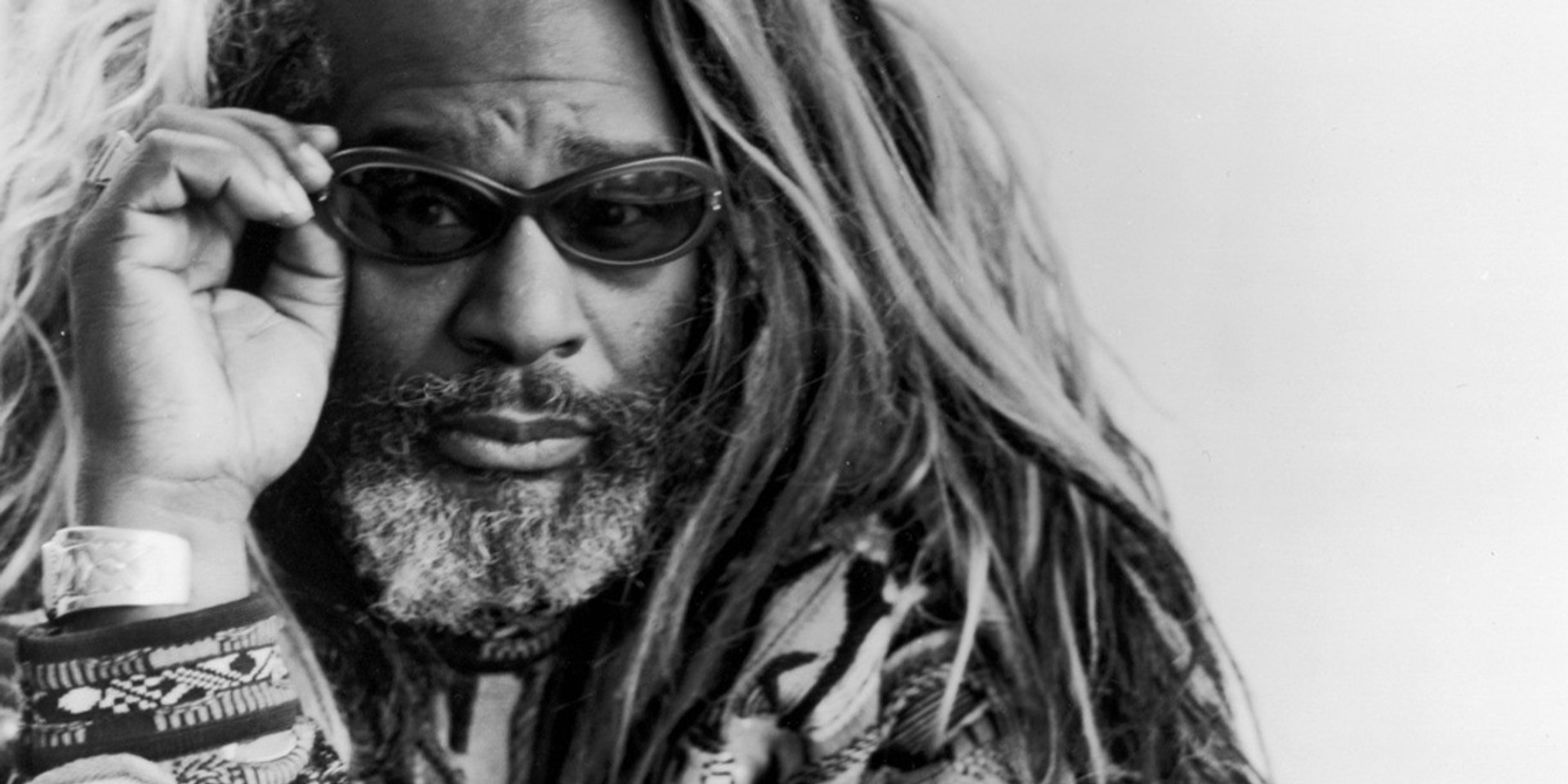 Hindsight 20/20 is an interview series that aims to provide a more holistic view of an artist's entire career and discography. We sit down with an artist, pull out records that they've worked on at random, and we simply ask them to relate the story behind each piece of work.

It's truly remarkable that after 60 years in the music industry, George Clinton is still a force to be reckoned with.

From his early days in the 60s' as staff songwriter for Motown to founding his legendary bands Parliament and Funkadelic in the 70s' to his notable production work for acts as diverse as Red Hot Chilli Peppers, Primal Scream and Tupac in the 80s' and 90s' - Clinton's career is long and littered with accomplishment.

And that's even without mentioning his incredible streak as a solo artist.

The P-Funk pioneer famously released his first few albums with giants Capitol Records before being snatched up by Prince and his Paisley Park label, amounting to dozens of live and studio albums on his own accord. But if you take into consideration the records that he's worked on, either with his Parliament-Funkadelic collectives or as a producer, his discography is astounding.

Still going strong today and bolstered by his collaborations with modern contemporaries like Flying Lotus and Kendrick Lamar, George Clinton is amazingly as relevant today as he ever was. Ahead of his showcase at Neon Lights 2016, we caught up with one of funk and hip-hop's most influential figures to discuss his lengthy discography.

"Oh wow this was my last album on Capitol before moving on to Paisley. This was where I really went all in trying to incorporate electro into funk. I mean, I had done a bit of that before, but this was where I consciously went for elements hip-hop and electro to freshen things up. The record was all about black identity and I think it still works today."

"We're really going way back huh. (Laughs) Man, this actually brings back a lot of really great memories. Those shows at the Los Angeles Forum and over at the Oakland Coliseum were some of the most fun we've done as Parliament. We were really young and full of energy, and I think you can hear tha in the recording. This was probably the first time we've had Dawn Silva and Lynn Mabry as vocalists on record too!"

"He actually called me and asked if would I be on his record. My grandchildren were the ones whole sold me on it. (Laughs) They said, “Granddad, he’s the one!” He had captured them already. We traded features on that actually. In return, he agreed to be on a Funkadelic song, which ended up being 'Ain't That Funkin' Kinda Hard on You'. It was real pleasure working with that man on both occassions."

"I don't do any of that stuff anymore, but there was a point in my life when drug use was a regular thing. It was a long time ago, but yeah, we were all tripping on acid the whole time were recording this. (Laughs) A lot of the record was about subverting religion too, and I think we did that in a really interesting, mystical way."

"This was my first solo album out and I'm still very proud of it. I mean till this day' Atomic Dog' is still a lot of people's favourite from everything we've done. This was when my interest in fusing electro and funk first took root. I have good memories of the recording but man, I was going through some heavy, personal things in my life at that moment."

"Ah I love these guys! I remember telling my friends back then that these white kids were the future of funk music. (Laughs) I was happy to produce this album for them and it was a real bonding experience. We actually stayed in a house in Michigan for about a month, just getting to know each other and it was such a wonderful process. Recording this was like a party. Really enjoyable."

"I think this might be my favourite album I've ever done. Worked with Ice Cube, Dr. Dre, Herbie Hancock, Digital Underground and lots of other cats. I learnt a lot from making this. Hip-hop was a big part of its DNA and we even sampled some of the old P-Funk stuff which was nice because it felt like the material came full circle."

"My memory isn't so good on this one but it is one of my fonder accomplishments. It's almost exactly 40 years since we put this out and it still pops, which says a lot. We got Fred Wesley to do horns on this one - he used to be with James Brown's band - and that was a real pleasure. I've collaborated with him many times since and he's such a good man."