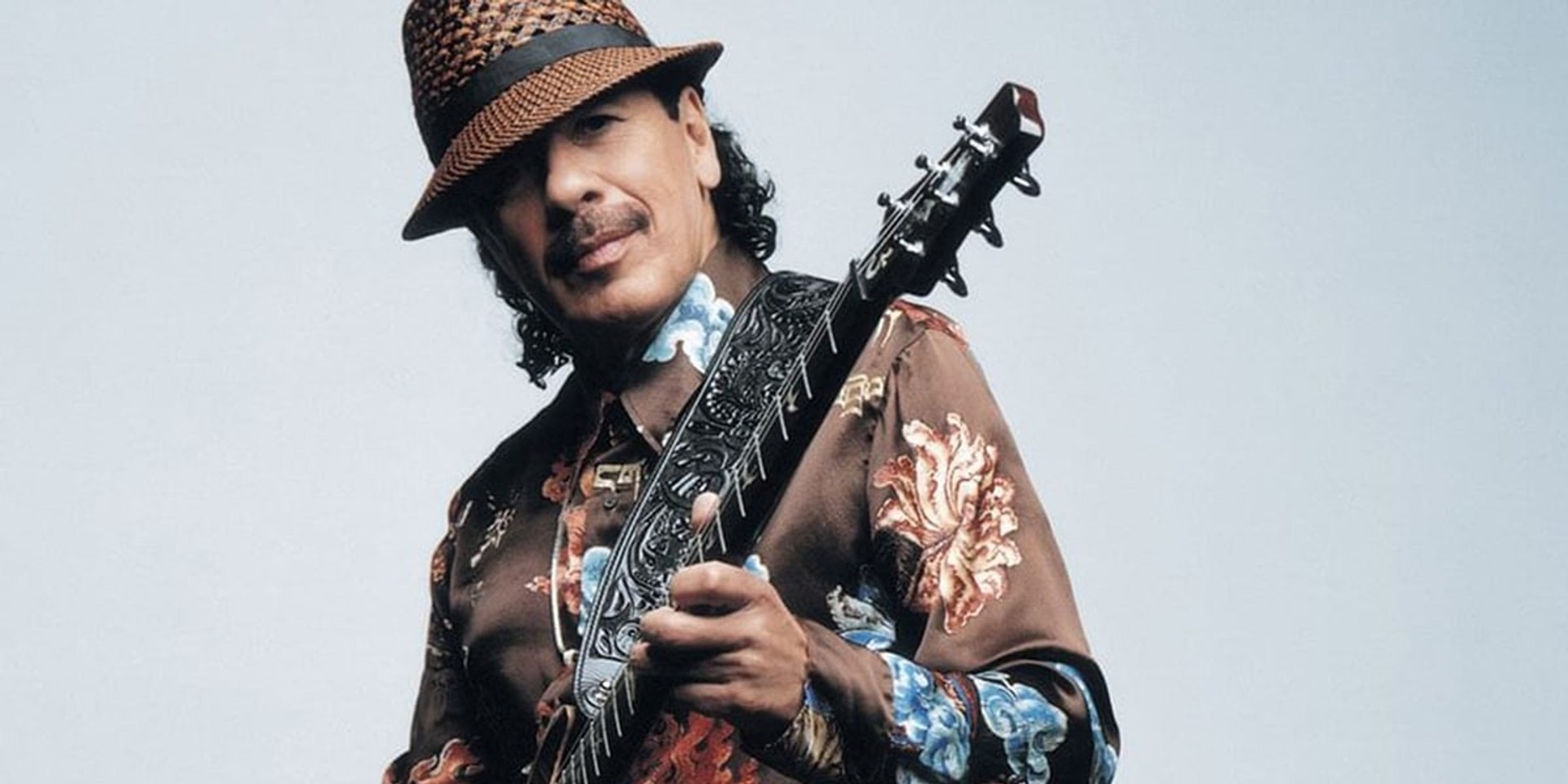 For over half a century, Carlos Santana has been revered as one of our greatest living guitarists.

Either solo or with his legendary band (aptly called Santana), his illustrious career has spawned dozens of acclaimed albums and hundreds of memorable singles - earning him an astounding 10 Grammy Award wins along the way.

As you can imagine, the man's discography runs deep - filled with timeless hits and even more forgotten gems - spanning all the way back to his early days in jazz-fusion and the blues to his commercial success in the 2000s.

As we've previously reported, IMC Live will return Santana and his eponymous band to Singapore on April 4th at the Suntec Singapore Convention & Exhibition Centre Hall 601.

But before then, we talked to the legendary Mexican-American virtuoso to looks back upon some of his finest works.

It was a lot of fun to do. we discovered new mystical places, it was just wonderful to revisit and go forward with a frequency of just enjoying enjoy.

My brother’s friend, Neil Shawn – he kept pursuing me because he wanted to do something with me, and I said: "well let’s do something with the original band if everybody’s ready to that", and to my pleasant surprise we were – and so we went and did that.

I feel really grateful to be playing with the original band on this. I'm really happy and very honored that our spirits, our souls and our hearts are in sync when we get into a room we start making music, it was very natural and normal."

Well this was really raw. It was something that we hadn’t played probably... in about a year and a half before we recorded it. But we opened for everybody back then so it was very easy to do, because we had been playing live so often."

Yeah, that was a lot of fun, running through that album. Half of it was live and half of it was in the studio. I remember the Mount Everest picture in some songs. You can tell we were listening a lot to weather reports… just like that.

We also covered a song by The Zombies - 'She's Not There' - oh she's everywhere. Covering this song was Bill Graham's idea. Bill Graham was the one that convinced us to do 'Evil Ways'... and he felt that it was a good song for us to do, so we honoured him and we did it."

Oh! That was fun to do also because it was a combination of trying get back into radio with some winning hits and also some blues songs. but you could still hear that we were listening to lots of weather reports."

That was pretty special, he’s one of my all time favourite musicians. I was just talking about him a little while ago, John Lee Hooker was a great mentor to me and so doing 'The Healer' was like a one take.

I came to his house on his birthday and talked about doing a song with him and I started playing the guitar and he started and singing and he said "ok let’s just go to the studio and do it" and then it was a one take."

This was recorded in 1968 but was only released in 1997. I don’t know, why it took so long. CBS released that album probably in conjunction probably with Bill Graham. But honestly, I had forgotten all about it."

Yeah this is a great song. I’m very grateful that Rob Thomas … they wrote that song with and for me, and Clyde Davis was the one who brought it to me. And I just feel forever grateful and honoured that they would bring it to me.

This was - not the most important - but one of my most important works as an artist, because of its mainstream success. It was a wonderful big door to get into, Woodstock and Supernatural, I call them ginormous doors to walk into to the other side.

Hindsight 20/20 is an interview series that aims to provide a more holistic view of an artist's entire career and discography. We sit down with an artist, pull out records that they've worked on at random, and we simply ask them to relate the story behind each piece of work.