Sans mob madness and chasing stages, it wasn't exactly a festival, just a weekend gig with a very solid line-up, one that we had been looking forward to in a while. Back at Fort Canning, it felt comfortable returning to the fields of past great shows (Laneway 2011, Sigur Ros, Big Night Out 2013). The Hostess Club Weekender didn't feel like a festival - no signage and posters to remind you of your place and location, no crazy headgear, no abundance of Doc Martens - and this is a good thing. It was simply a chill weekender, with people on the lawn, the smell of sizzling sausages, Fred Perry and their new mini table-tennis tables, and the great anticipation of the acts about to take the stage. Essentially, we were all here for the music. 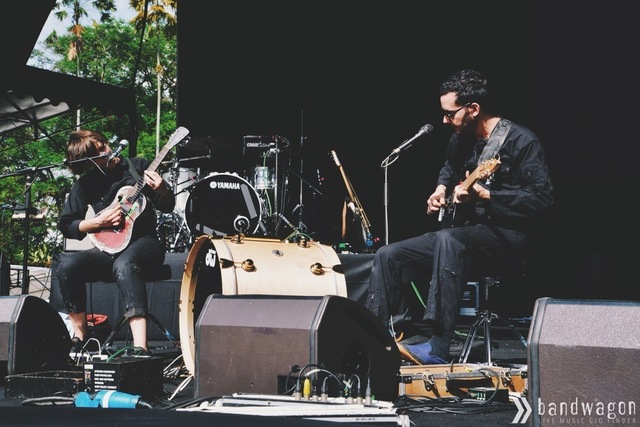 Hailing from Brooklyn NY, this duo's real names aren't actually Buke and Gase. Instead, Arone Dyer and Aron Sanchez get their name from the 'customised' homemade gear they play with. Like with a lot of music, there's no way to pigeonhole their music which is an interesting mix of accessible experimental with pop-rock sensibilities. Playing at the hottest point of the day, the band played to a field of grass-frolicking people, too defeated by the heat to properly engage in the musical experimentation of Buke and Gase.

Army of instruments: A 'toe-bourine' attached to Dyer's left foot, heavy-duty amps, a kick-drum with noisemakers, the modified baritone ukulele ("buke"), and guitar-bass hybrid ("base"). Efficient.

#twomanbandproblems: Being in charge of all the instruments meant that they had to stay grounded for the whole of the set.

Riposte: Included some friendly chat and audience banter during the set to assuage any first-act gawkiness - "You like it? Yeah? Bring us back!" 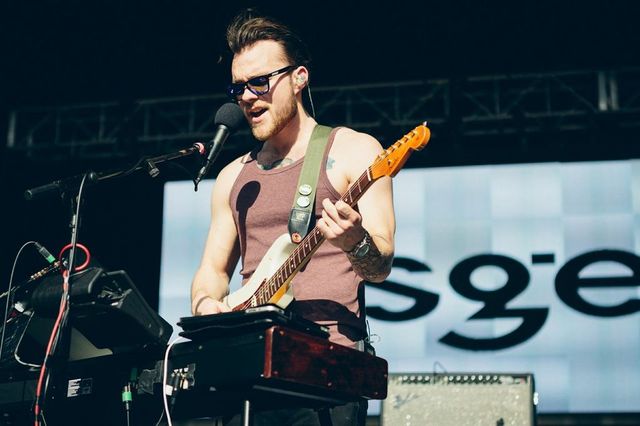 It's pretty weird that I first heard Asgeir on upper-class trashy UK television show 'Made In Chelsea' where affluent 20-somethings discuss feelings openly - it's no 'The O.C.' where you can pick up music like The Walkmen and the sorts but it was also then I realised that Asgeir was too good to appear on a show like Made In Chelsea. It's inevitable that his music will draw comparisons to Bon Iver, but he manages to create his own style, at some point during his set, we thought we were listening to James Blake, whoa.

In Harmony: His father actually contributes lyrics to his song, so he's no lock-myself-in-a-cabin sort

Takin' it Higher: Asgeir and Co. got the afternoon into a chill sweet spot with his modern folk melodies, fused with electronic touches, funk bass grooves and jazz drum beats, and it started getting windy too. Thanks Nordic gods. 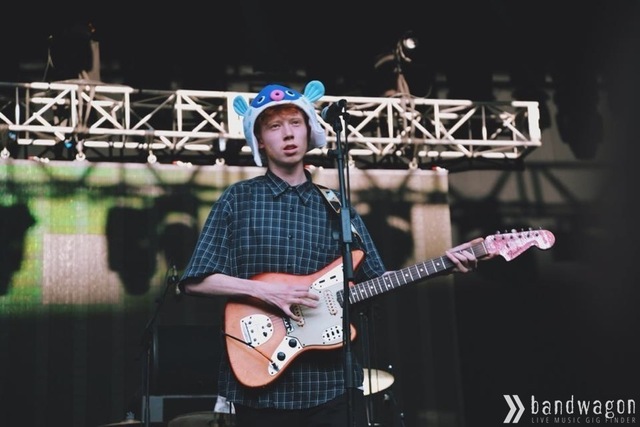 Even when King Krule's crew (try saying this fast, out loud) were setting up to the soundtrack of other artists under the Hostess label, many had started cheering and screaming already, this was how excited people were to see King Krule, or Archy Marshall. Offering deep-voiced introspective, harrowing, and ascerbic lyrics, that seemingly does not suit his youthful appearances and nineteen years of age, Archy is quite the intriguing enigma, performing the set in a inelegant (but he pulls it off) fish hat that covered his ears and his rich, angry baritone that you might be taken aback with at first listen.

Former monikers: Zoo Kid, DJ JD Sports, Edgar The Beatmaker. Also considers himself to be a romantic punk poet who sees 'romance in everything'.

No Lizard State: By this time, crowd responsibilities had activated and more people were standing up and singing along to favourites like 'Easy Easy', 'The Noose of Jah City', 'Baby Blue', 'Out Getting Ribs'

Has This Hit: Watching King Krule live is definitely something you have to experience, to see the links connect between the strange gangly pale boy with that wizened voice, and his music which sounds impossibly mature. 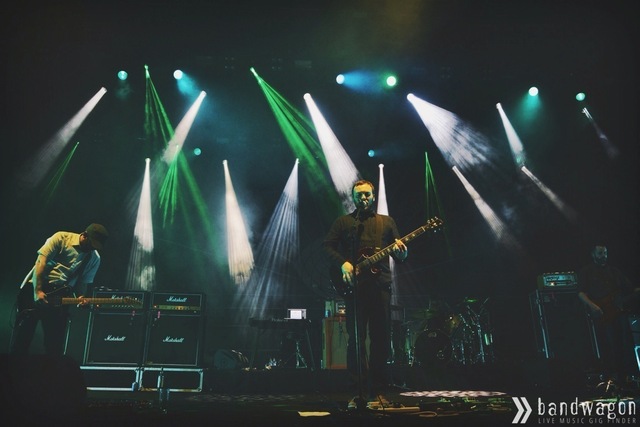 Not many bands make it into their 19th year and at times, I kick myself a little for this being only the first time I am experiencing the Glaswegian band live. And it was perfect. The setlist was one to delight in as they kept it a mix of earlier favourites (I'm Jim Morrison, Helicon 1, Rano Pano, White Noise) and prominent tracks from the latest offering Rave Tapes (Heard About You Last Night, Master Card, The Lord Is Out Of Control). Their perfectly crafted music, and almost instrumental status of their songs might suggest a serious, straight-faced band but talk to anyone of them and they'll talk about getting drunk and even the Gremlins.

The Lord Is Out Of Control: The towers of noise and haunting, delicate piano-guitar melodies, huge electric symphonies, rare vocals by Barry Burns - everything played out to be hushed, hymnal, and really, beautiful.

Just when you got too comfortable: The monstrous riff-fest that was 'Batcat' was the final bludgeoning when the metal sensibilities kicked in.

Emotional involvement: On the high scale

Friend of The Night: Stuart Braithwaite going "Thanks very much. Cheers!" after every song.

Were we allowed encores?: Not sure, but was a bit disappointed no one called out for one for Mogwai 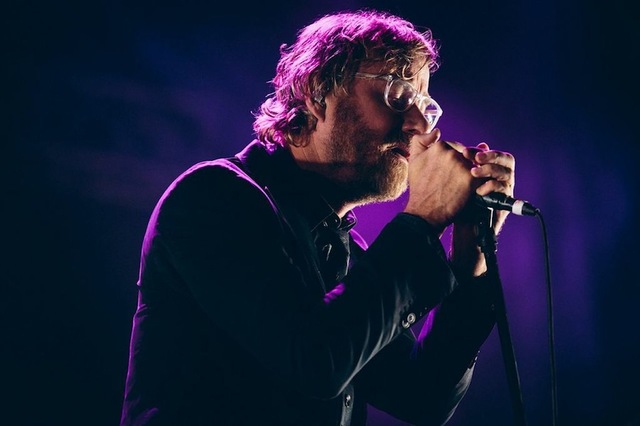 How we ended the night on a high was ironically by singing along to the melancholia-infused gloom rock of The National. Also most ironically, we had the most fun doing so, whether it was chanting along to 'Mr November', or with clenched fists singing "you know I dreamed about you… for 29 years" to 'Slow Show', and get all emotional for 'Pink Rabbits'. The National may be precious, but they are not precocious, as we saw when Matt Berninger plunge straight into the madness that was the crowd, or when he laughed off someone who shouted 'F**k off' during 'Vanderlyle Crybaby Geeks'. 'Twas a great ender to a great day.

Stage act: A simultaneously driven and gauche performer, Matt Berninger with his morose lyrics delivers every song with perfected desperate devotion, needy paramour, and poetic resignation - pacing up and down the stage sometimes mumbling to himself, stopping to hurl some verses into the microphone, helping himself to wine

All The Wine: We lost count of how many swigs he had from the bottle and at one point passed the bottle to the girl next to me. Who wouldn't share it with anyone.

Crowd engagement: +10. He held hands with everyone, I found myself stroking his shin for +/- 7 seconds, sharing the wine, looking into the crowd directly - and while he was busy cavorting with us, the band played on looking amused. Ah, good old sport.

Setlist scuffle: It was quite a satisfying set, encore and all with songs off all the albums and some surprises too (like 'Slow Show'). And we also got out hands on the setlist. Proof. 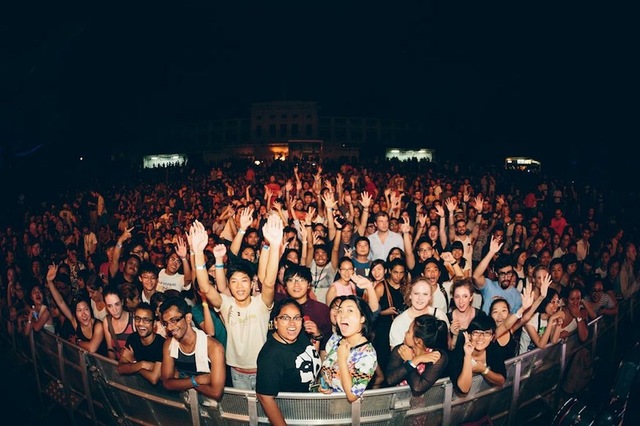